Here is your one and only warning: If you haven’t watched Legacies season 3, episode 2, yet, you should back right out of here and go watch it, then come back and read all my thoughts on the big changes we’re gonna be dealing with from here on out.

Not a bad episode. While the season premiere last week left a little to be desired (even though it wasn’t planned as a season premiere, so it gets a bit of a pass), this week’s episode packed a punch, but more like 3 major punches. Punch 1: Raf is dying. Punch 2: Landon isn’t a phoenix anymore. Punch 3: Alyssa Chang is on the warpath like never before, and someone from the Salvatore School won’t survive her rampage.

So let’s break down what we saw and learned a little bit more, and get into those 3 punches a bit more, too.

Is this really goodbye to Raf? 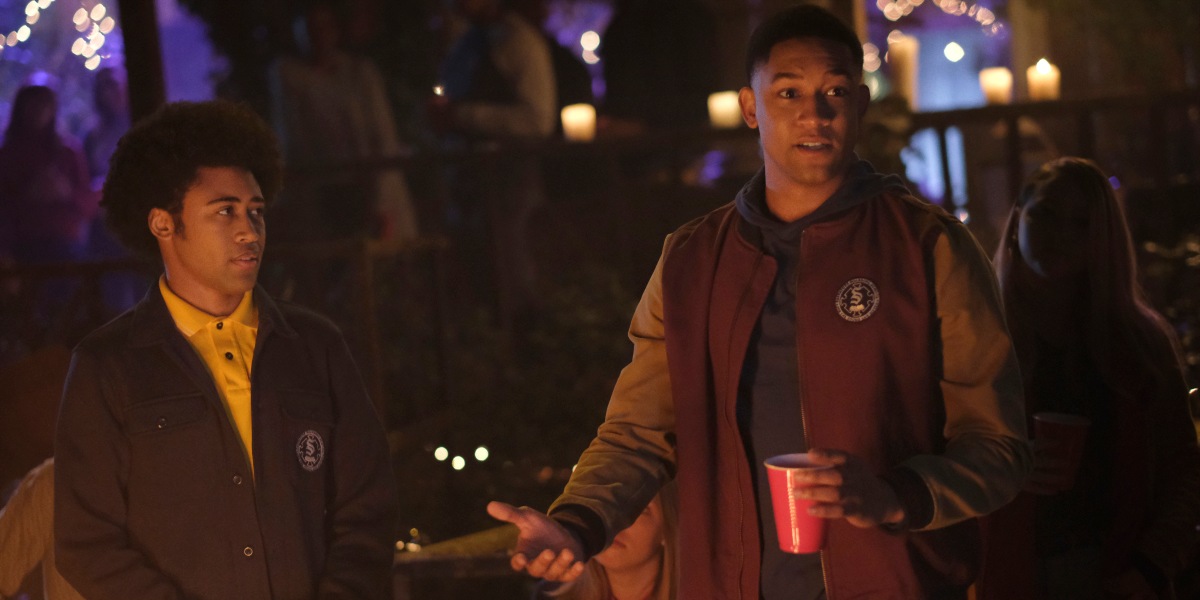 I don’t remember hearing anything about Peyton Alex Smith’s contract changing or him being dropped from series regular status, so his fate in this episode left me scratching my head. Is this really goodbye? I mean, we’ve seen people come back from prison worlds before, so it wouldn’t exactly be a stretch to say that he has a chance of returning at some point.

But this FELT like goodbye. Hope respecting his wishes and managing to give Raf a true happy ending is more than many TVD Universe character could hope for. So, so many of them have had nefarious and brutal endings that if this is where Raf’s story ends, it’s a sweet and beautiful ending. But, it seems really unfair to have to say goodbye to a character with so much potential.

After learning of his royal lineage last week and not having to hear him mutter the phrase “I can’t be around you because of my feelings” it certainly felt like maybe Raf was stepping into his prime on Legacies. I can’t say I expected to get such a poignant goodbye for his character just one episode later.

Only time and future storylines will tell if this is the last we see of Raf on Legacies. While I’m glad his character is living out a very happy ending, I can’t help but wonder why we have to say goodbye. And why now? I was so looking forward to future friendships and storylines for him, and now I feel a little bit abandoned, I’m not gonna lie.

So, the phoenix is gone? Just poof! like that? 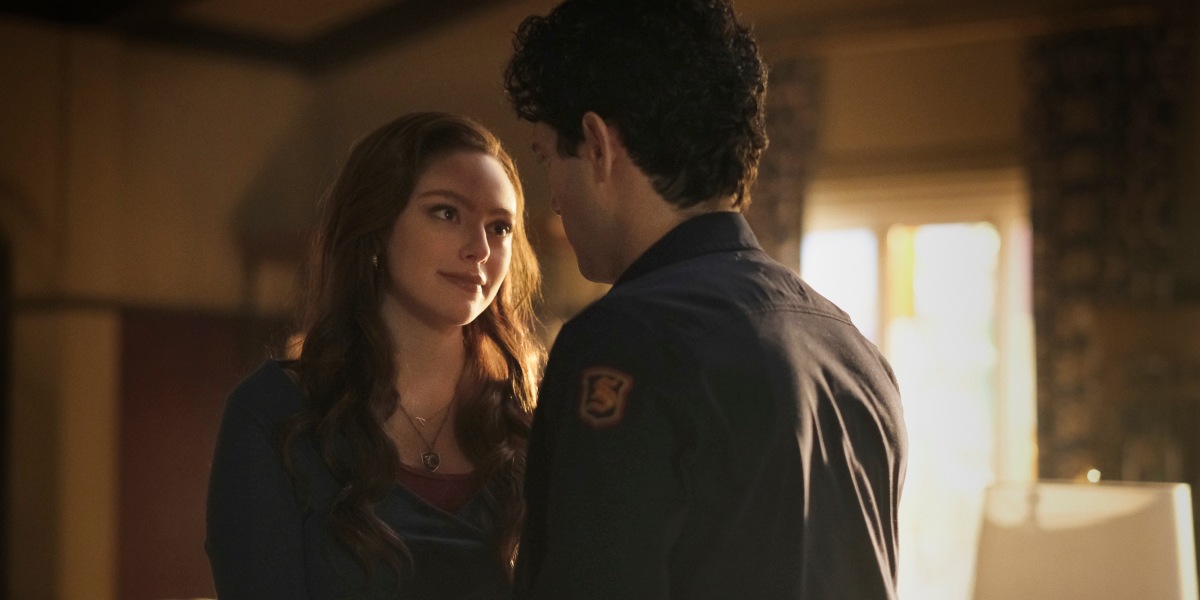 When we found out in the back half of Legacies season 1 that Landon was a phoenix, it was a total gamechanger not just for Legacies, but for the entire TVD Universe. In addition to learning about all the forgotten monsters, courtesy of Malivore, it was fascinating to learn that there are other breeds of magical creatures out there, even if we hadn’t come across them in TVD or The Originals.

And, while we got to do a teensy bit of exploration into Landon’s phoenix powers in season 2, there seemed like so much more to learn. And now, poof! just like that, the powers are gone. I’m secretly hoping that this was all just part of the plan for season 2’s ending, and he finds a way to restore his phoenix side. Not because I need Landon to be supernatural, but because I want that happiness and longevity for Hope. Knowing that time and supernatural hijinks weren’t going to be able to keep them apart was part of why I believed Landon and Hope had what it takes to be endgame. They were perfectly suited to each other. Hope is the most powerful magical being on the planet (maybe), and Landon was virtually immortal.

The biggest loss for me, along with so much of what made Landon’s character interesting, is that there’s basically no reason for him to remain at the Salvatore School. All those arguments for why he didn’t belong back in season 1 can rear their ugly heads again. He’s not supernatural anymore. Him being at the school poses a threat to himself and a danger to those trying to tamp down supernatural urges.

I guess the logical question to ask now is, what’s next for Landon? Is he going to continue to be welcome at the Salvatore School or is there going to be a returning student at Mystic Falls High next semester? Will he ever regain his phoenix status?

I’ve been more than a little curious about how big a role Alyssa Chang is going to play in season 3, especially since the actress who brings her to our screens, Olivia Liang, has a new project taking up her schedule. Since the announcement of Kung Fu on the CW, I’ve been waiting to see how Legacies was going to write Alyssa Chang off the show. Will she die? Leave? Be banished somewhere?

Because she can’t be around forever. I don’t see any actress being able to lead one show and play a principal role on another. It would be great to see her pop up time and again on Legacies, so I don’t want to see her die, but after the final minutes of Legacies season 3, episode 2, I’m not so sure that’s in the cards.

You see, we know how twisted prophecies can be, and since the sphinx made it sound like everything was about to go Alyssa and the Necromancer’s way, it definitely can’t.

Prophecies are always more than a little twisty, so knowing that Alyssa and the Necromancer believe they’re about to get everything they’ve ever wanted, I just know there’s no way that will come to pass.

I think the most intriguing part of this storyline for me is figuring out how long it’s going to last. Will this plot be around the majority of season 3, or is this all part of wrapping up season 2’s planned arc before launching a whole new problem in a few episodes’ time.

There is a whole lot of unknown floating around right now, and until we see next week’s musical episode and start to believe that season 2 is truly well and behind us, I will remain skeptical of how big and all encompassing these seemingly major plotlines truly are. 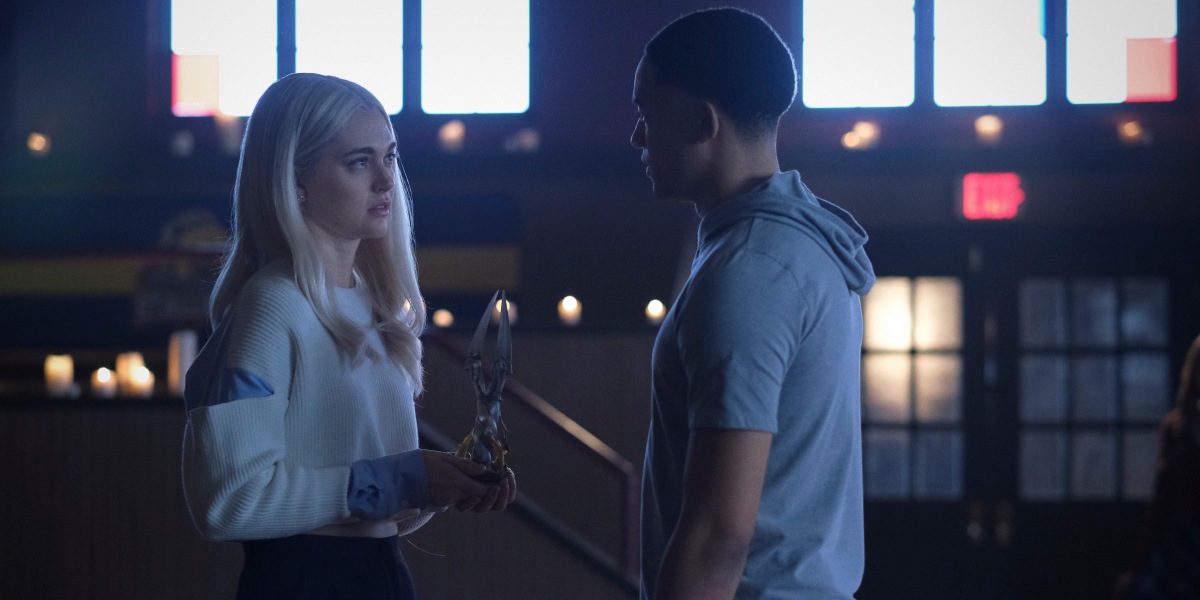 While those 3 big punches took up the majority of the episode, there were definitely a few other bits I found myself taking a second to digest as the show played on. Here are just a few additional thoughts on Legacies season 3, episode 2, “Goodbyes Sure Do Suck.”