Kiersten White got to create her own story in the Buffy the Vampire Slayer universe, and she’s here to break down just how fun it was to write about one of her favorite fandoms!

It’s easy to tell how much Kiersten White cares about Buffy when you read Slayer. The characters, the tone, and the variety of references indicate she took her job seriously when she sat down to write this book. And the book certainly benefits from her dedication. Read our review.

Now, the author of Slayer is sitting down with us to discuss what it was like writing a novel tied to the Buffy universe.

How did you end up with this gig and what was your reaction when you landed it?

I met my editor Liesa Abrams at Comic-Con while wearing a Sunnydale High School t-shirt, because of course I was. Fast forward a few years to when Simon Pulse was looking for an author for a Buffy spinoff series, and I was the first person she thought of! I always knew my vast collection of fandom tees would pay off one day. I got the offer via email and I screamed so loud I scared my children. (Also, I may have shouted, “I am the Chosen One!” but you’ll never prove it.)

‘Buffy’ has an incredible legacy and millions of extremely loyal fans. What was it like heading into this project with that weight on your shoulders?

Buffy was my first fandom. The show meant the world to me as a teenager, and every time I revisited and rewatched as an adult I got new things from it. I felt a tremendous responsibility to do right by Buffy’s incredible legacy. Usually I write for myself first and imaginary readers second, but in the case of Slayer, I knew the audience was very real already. It definitely made the drafting process more challenging. But I’ll never forget how surreal it felt that first night, sitting on the couch and dreaming up my very own Slayer. It’s such a privilege to tell stories in the Buffyverse.

What are you hoping to accomplish and provide fans of ‘Buffy’ with this book?

I wanted to do two things: One, tell a story with a new Slayer that felt like watching an episode of Buffy. Because Buffy isn’t the main character, it was important to me that the book still feel like the Buffyverse in tone and humor, while expanding the world. And two, capture readers who haven’t become full Scoobies yet. Because Slayer is a new story, it’s an entry point for people who might be intimidated by seven seasons + so many graphic novels worth of storytelling.

Can fans of the show expect to see any familiar characters in ‘Slayer’?

There are several cameos! I was very respectful of the graphic novel timelines, so I had to get creative with how I used active characters, but I think readers will be delighted. And book two has even more… 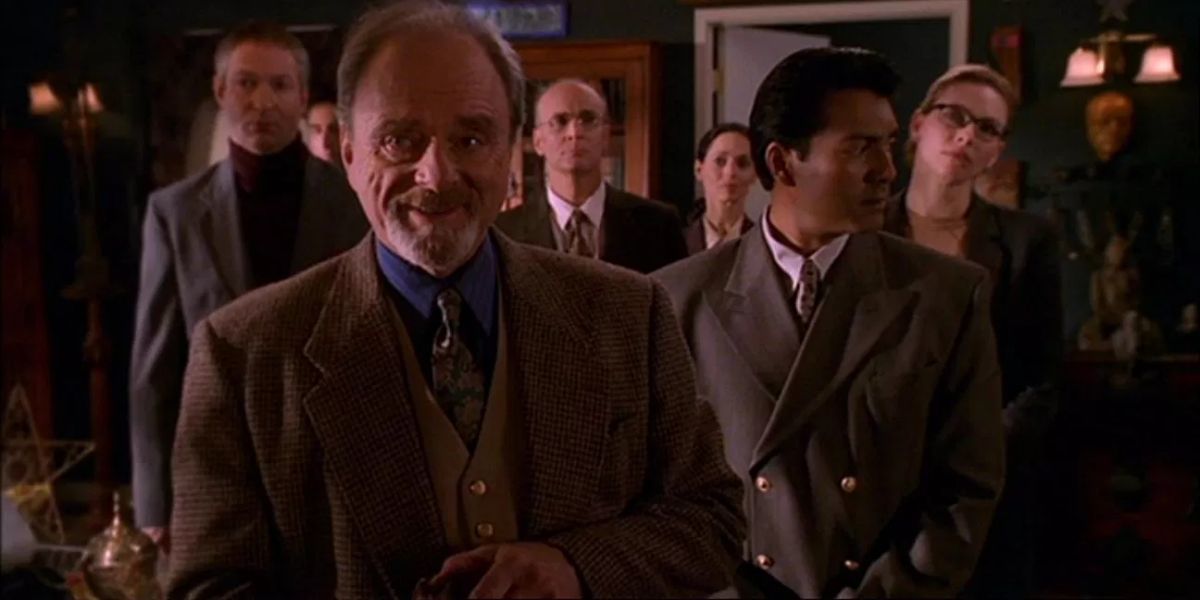 We’ll be getting a closer look at Watchers with ‘Slayer.’ How much new canon can we expect to be added to what we already know from the show?

I was really excited to explore Watcher mythology and society in the book. Unfortunately, since it takes place after season 7 when — spoiler free! — their society was, um, disrupted, I couldn’t do the glory days of the Watchers. But in a way, those circumstances were even more interesting to dig into. What is a secret society when their purpose has abandoned them? What is the use of tradition and rules when everything in the whole world has changed? I loved thinking about who the Watchers are when they aren’t actively working with Slayers, as well as what quirks and hierarchy must exist in their own society.

What was your favorite part of writing Nina and Artemis?

I love sibling dynamics. The idea that two people can be raised in exactly the same circumstances and have totally different reactions — even memories — is so fascinating to me. And sisters are intense. (I have three.) You love them more than anyone else in the world. You also hate them more than anyone else in the world. But even on days when you say the meanest things possible to them, if anyone else says something bad about your sister? It. Is. On. That weird space between being protective of someone and in competition with them is so ripe for fiction.

Can we expect to see these characters again in a sequel?

Yes! I’m currently finishing up a draft of book two, which picks up just a few months after the end of Slayer. All our favorite characters are back, plus some extra demon buddies, a terrifying new foe, and a blast from Buffy’s own past.

If you could write a spinoff about one of the original Buffy characters, who would you choose?

This is a tough one! I love Faith and would love to write more from her point of view. But she has really great storylines in the graphic novels. It would also be fun to write a historical Buffyverse novel about a young Watcher trying to rise in the ranks, torn between her loyalty to them and her Potential Slayer best friend.

What do you think of the prospect of ‘Buffy the Vampire Slayer’ getting rebooted in the television format?

Buffy was so groundbreaking when it aired; I think we are absolutely due for another series celebrating the sheer power of teenage girls. The showrunner, Monica Owusu Breen, is a really exciting choice, and I can’t wait to see how she brings a new Slayer into 2019 and beyond. (I do hope it remains a new Slayer and not a new Buffy, though. Buffy herself doesn’t need reinvention!)

What other projects do you have coming up?

Other than the sequel to Slayer, I have a new trilogy starting this fall. It hasn’t been announced yet, but it’s magical and dreamy and filled with ambitious, determined girls, so it fits right in with my other books.

Slayer by Kiersten White is available wherever books are sold! You can order it from Amazon, Barnes & Noble, or IndieBound, or add it to your Goodreads list today.