Katy Keene season 1, episode 13 leaves off for what will be a wonderful season 2.

On Katy Keene season 1, episode 13, Katy risks her career in fashion as she attempts to save Lacy’s and her soul after working for Guy. Meanwhile, Jorge takes action for his parents’ place in Washington Heights.

Katy Keene season 1, episode 13 sees Katy attempt to save Lacy’s from being sold to the Cabots, while Josie has to help Alex as his addiction flares up and figure out her next steps as an artist.

The episode really gives the characters a chance to reflect on their lives over the last 13 episodes and decide what they want their future to look like after so many struggles on their current paths. It’s one of my favorite season finales ever. Really. 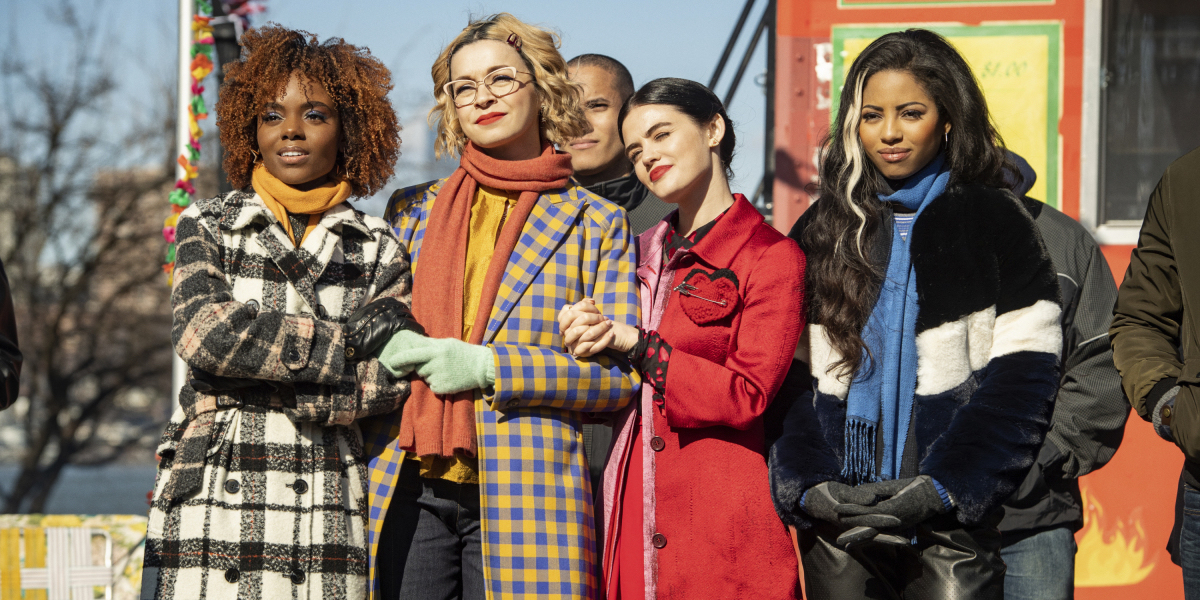 Katy Keene season 1, episode 13 is the perfect season finale. When following your dreams, it’s easy to get on the wrong path; the hard part is the process of realizing and readjusting, which all of our characters have now done, in one way or another.

This finale allowed for each of the characters to do exactly that, which sets them back in some ways, but forward in so many others. It’s exciting to see how much the characters have all grown, and it’s clear that the writers are prepared to deliver an incredible second season now that they’ve really found their footing over the last few episodes.

It took some time, but Katy Keene started to deliver during the second half of the season, particularly the last four episodes. Everything started fitting together, there was a plan for where the future episodes were headed, and the characters were all allowed moments of intensity, strength, and life-changing emotion, which truly let the cast and the writing shine. 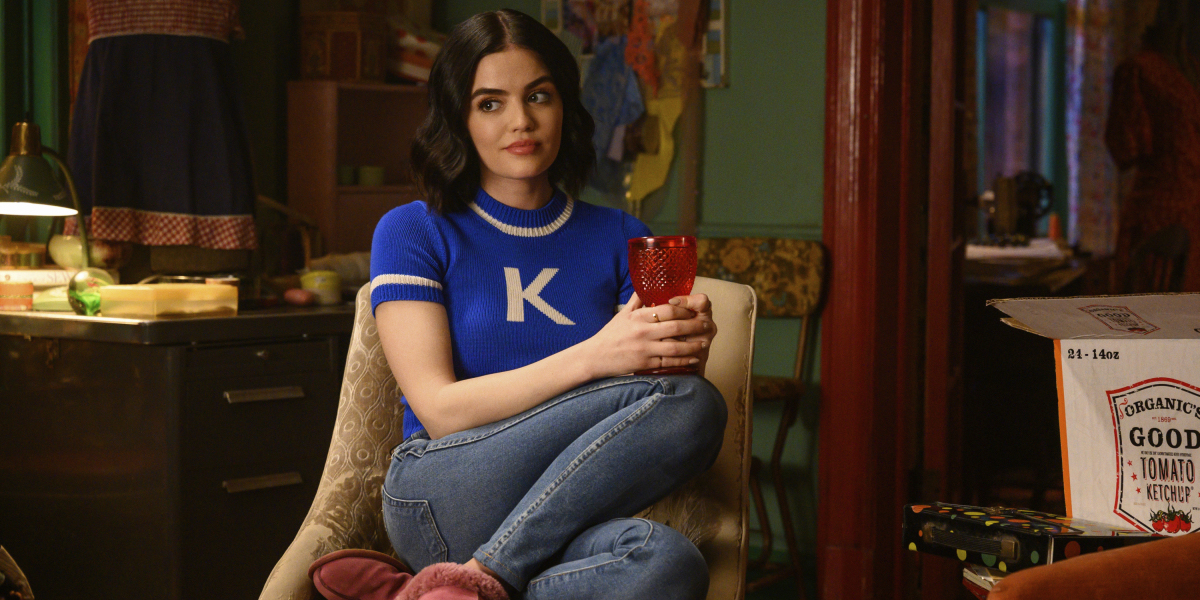 So much happened for Ms. Katy Keene on Katy Keene season 1, episode 13! First, let’s discuss her epic takedown of Guy LaMontagne, of which her former bestie, Veronica Lodge, would be proud. I’m so happy to see that, after so much time spent doubting herself, Katy decided to stay true to herself, to her morals, and help the other aspiring designers that Guy had basically destroyed when they worked for him.

It’s been quite frustrating to see how easily Katy was manipulated by Guy, but this gave her a chance to see exactly who he is. And this gave us a chance to see exactly who Katy is. She’s not someone that will tolerate others being put down, not even if it would further her own career. She’s not someone who thinks she’s more deserving of opportunities, but instead fights to be worthy of them.

Her inspired fashion show is what I want to see from Katy in the future. More chances to help herself and help others. More chances to do the right thing. Epiphanies caused by new opportunities, like she had when she was accepted to Parson’s and only wanted to tell K.O. about it. 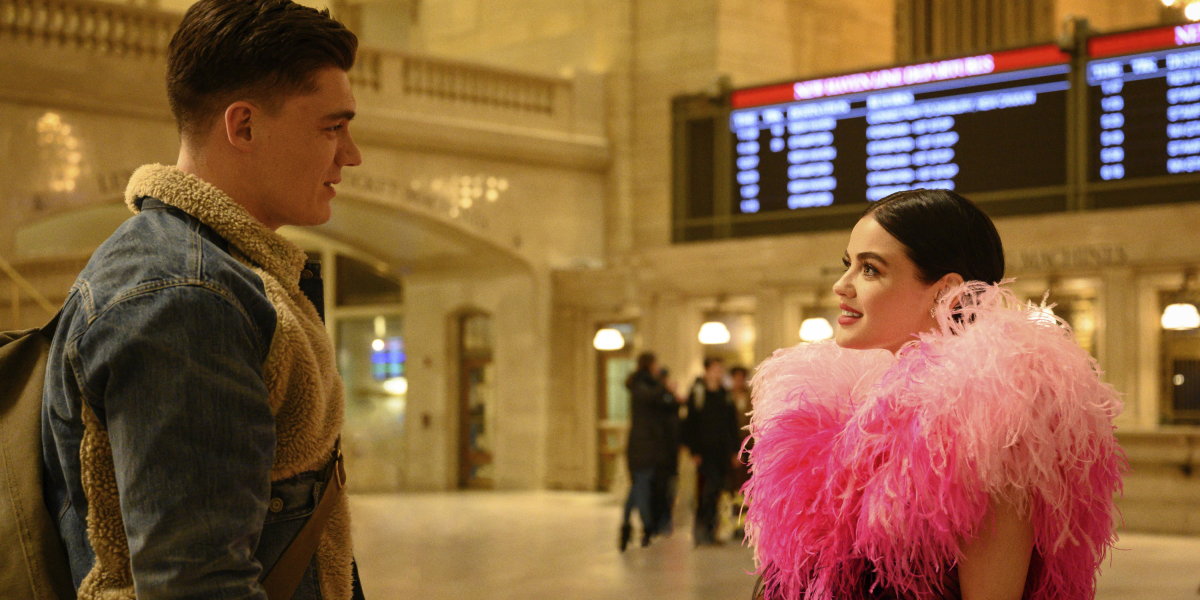 That relationship is still probably my biggest complaint after the series’ first season. We were told how strong they were, how in love they were, and how perfect they were all throughout the first two episodes… and then they broke up at the end of episode 3. Then, throughout the season, their bond kept them revolving around each other, but we had to see them both move on with people who didn’t fit them.

I’m really disappointed that, after realizing her feelings, Katy and K.O. didn’t reunite, but I’m not surprised Katy didn’t tell him. She’s not going to put her feelings in front of K.O. following his dreams, just like he didn’t for her. They’re a true example of a healthy relationship on television, and it’s extremely frustrating that we saw more of Katy and Guy than K.O. and Katy.

My hope is, should the series return for season 2, that K.O. will realize why Katy showed before he left town and he’ll show up at her apartment and deliver a life-changing kiss. K.O. (and Holtz) can’t leave the show… please. 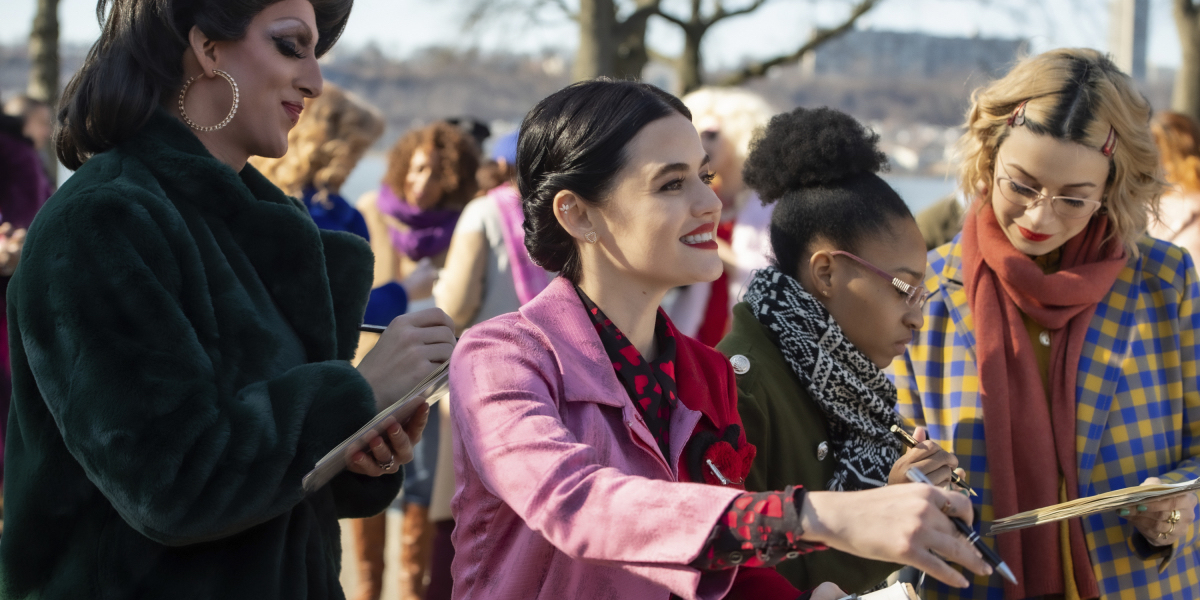 As for Lacy’s, it’ll be interesting to see how this change of leadership impacts Katy’s life and workplace. Just Leo Lacy returning to town shakes things up, as Katy can finally figure out whether this man is her heretofore unknown father.

With Leo, I’m surprisingly more interested in seeing his relationship with Gloria. There’s sure to be quite a bit of tension between them, and I feel like there are many, many secrets between them waiting to come to light. I don’t know yet that I believe Leo is Katy’s father… He’s her first suspect, and I don’t know that it’s going to be that easy. All she’s going off of are initials, anyway.

I have to admit, former Prince Errol returning as the new owner of Lacy’s was a bit of a disappointment because I know this means that whatever romantic tryst he had with Katy will rekindle, meaning Katy will likely be sleeping with her boss (again)… and we really don’t need to see that. 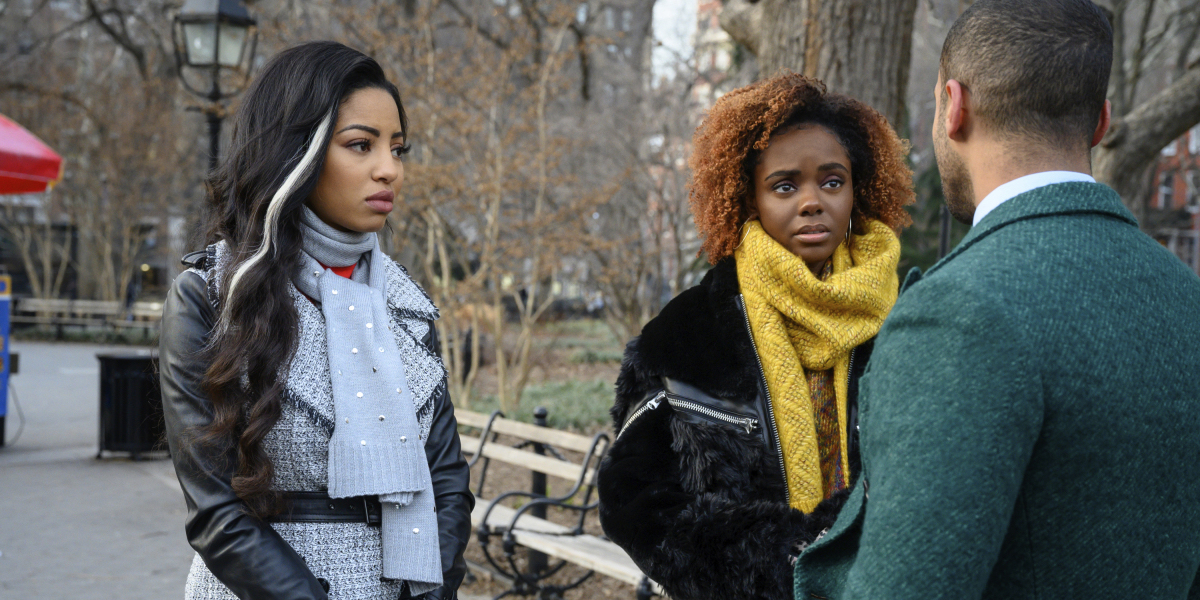 I could not be more thankful that Alex has taken off to rehab, hopefully for quite some time. He’s been dragging Josie’s story down all season, as everything involving the Cabots has; however, I could really warm up to seeing an actual friendship between Josie and Xandra, instead of this unnecessary rivalry.

Josie’s future is finally in her hands, for the first time since the pilot, and with Pepper as her new manager, there are sure to be more issues and successes in the future. These two have such a nice friendship, and they both aren’t afraid to call out the other on their bullshit, which I really admire.

I see a lot of tension in their working relationship, but they’ll be such a powerful duo in the music world! 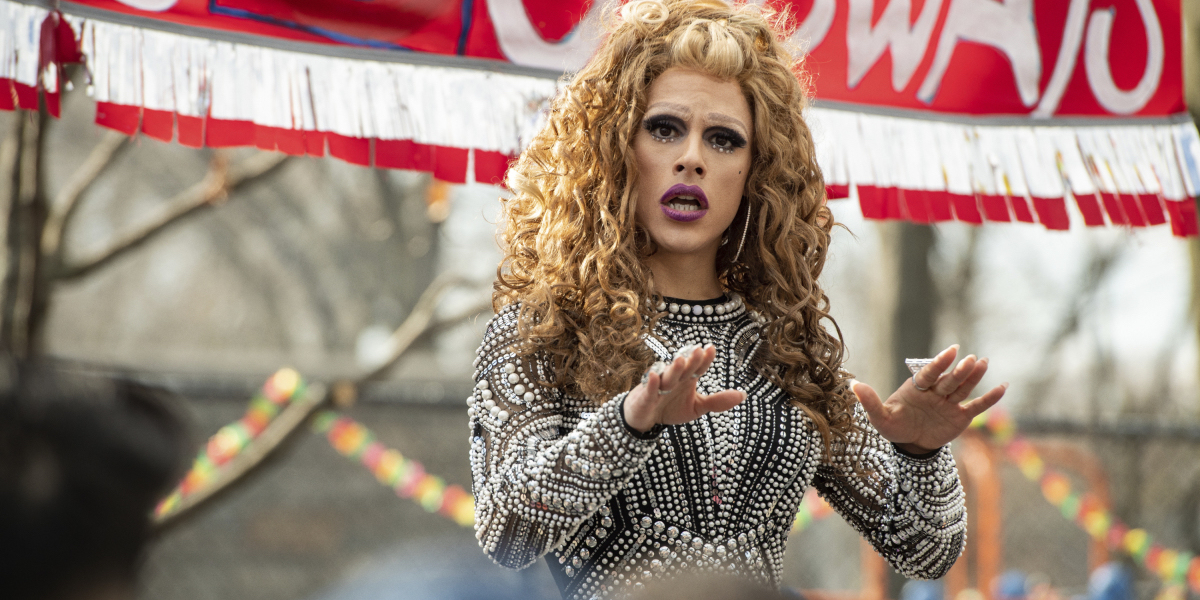 As for Jorge, yes, he saved his parents’ block on Katy Keene season 1, episode 13. But at what cost? He’s made great strides in repairing his relationship with his parents, which is so admirable, and it was nice to see how his father opened up about his brother who died of AIDS. It doesn’t excuse his behavior, but it does make it a little easier to understand.

On the other hand, I audibly groaned with Hiram Lodge showed up on-screen (and I already knew it was coming because the writers and cast have teased this crossover). He’s already eaten up so much of Riverdale with his nonsense, I really hope he’s not moving to Katy Keene full-time, should it get another season.

I really don’t see how Hiram can fit into any of the Katy crew’s stories when they’re all focused on work, and none of them do the same type of work as Hiram. I guess they may plan on focusing more on Jorge’s parents, but that would be a mistake. Hiram has needed to be written out of the Archieverse since the end of Riverdale season 2.

Pepper didn’t get much focus on Katy Keene season 1, episode 13, but I’m excited to see that she’s putting her old ways behind her and moving forward with a new outlook on life. Turning Ms. Freesia away and focusing more on her father is what’s best for her.

I appreciate that even if the series doesn’t get picked up, we left off with the Katy crew all on good terms. Even if they backtrack a little next season and the group has trouble getting over Pepper’s lies, that’s acceptable. They didn’t necessarily forgive her already, but they’re in the process of it.

I could not be more excited for the future of Katy Keene. It took a little while, but the show found its footing and really stepped it up over the last few episodes, leaving off on such a good note for the second season and far more interesting stories to come.

It would truly be a shame if this was the end, and I wouldn’t get over an ending like that, well, ever.

Stay tuned for more information about Katy Keene season 2. Make sure to stream all of the episodes to boost our chances!