After Hannah confessed the truth about Pepper to Alex, Katy Keene season 1, episode 12 follows the downward spiral of Pepper’s life as her friends realize she’s lying to them and they don’t know who she is.

Katy Keene season 1, episode 12 is the best episode of the series, finally giving viewers a chance to see who Pepper Smith really is beyond the facade she projects into the world to seem like someone important.

Meanwhile, Katy deals with being betrayed by Guy, who she thought she could trust, as several other areas of her life take a tumble. Whatever’s coming for Katy on the season finale is sure to change her entire life. But first, let’s dig into this episode! 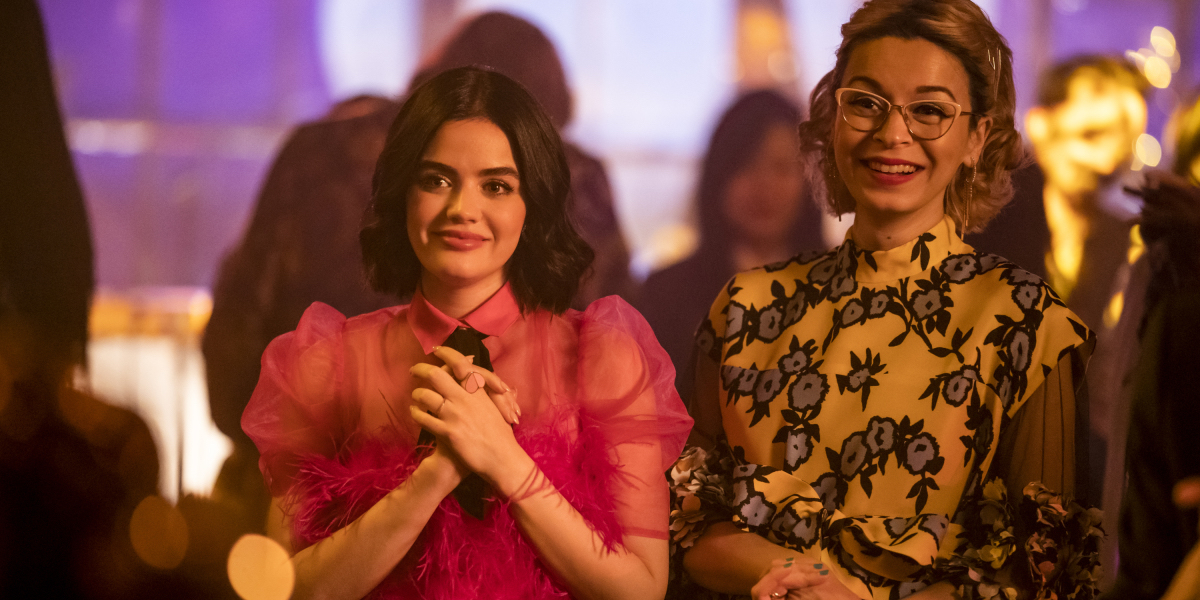 As I said before, Katy Keene season 1, episode 12 is the best episode of the series. It’s emotional, bittersweet, and quite entertaining, as the core friendship was shaken up quite a bit with the many revelations of what Pepper has been up to.

Episodes focusing on the friendship are the strongest — like the polar vortex episode earlier this season — and always give these actors a chance to tackle delicious, heartbreaking, and dramatic moments, continuously proving how talented they are.

With only the finale left, it would be a shame if Katy Keene were cancelled, as the series has really just started to find its footing over the last few episodes. It was a bit of a rocky start with a few glimmering moments throughout, but since episode 9, each episode has gotten better and better. We need more seasons of this show. 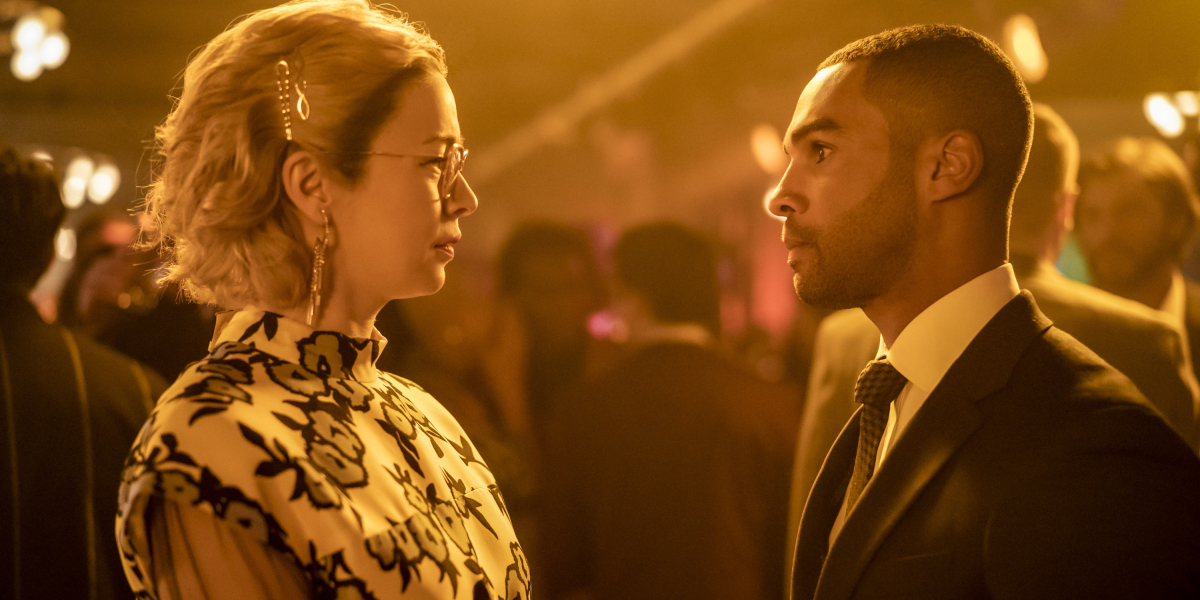 I mean, you won’t hear any complaining from me that Katy Keene season 1, episode 12 focused primarily on Katy and Pepper, the best two characters on the show.

The much anticipated reveal of Pepper’s life was perfect, really. It humanized her, and though there’s still so much we don’t know about her (like why she has a British accent), now we have an idea where Pepper’s story began and can build from there. The pieces we’ve been teased about (that weren’t lies she told) are beginning to fall into place.

I know we haven’t seen much of Pepper’s relationship with her father, but I absolutely adore the bond they have. Even though she was kind of awful and excluded him from her new life, he continued to support his girl, despite how much that must have hurt him.

He’s clearly an exceptional father and did everything he could to give Pepper a good life, and we haven’t really seen much of that in the Archieverse. 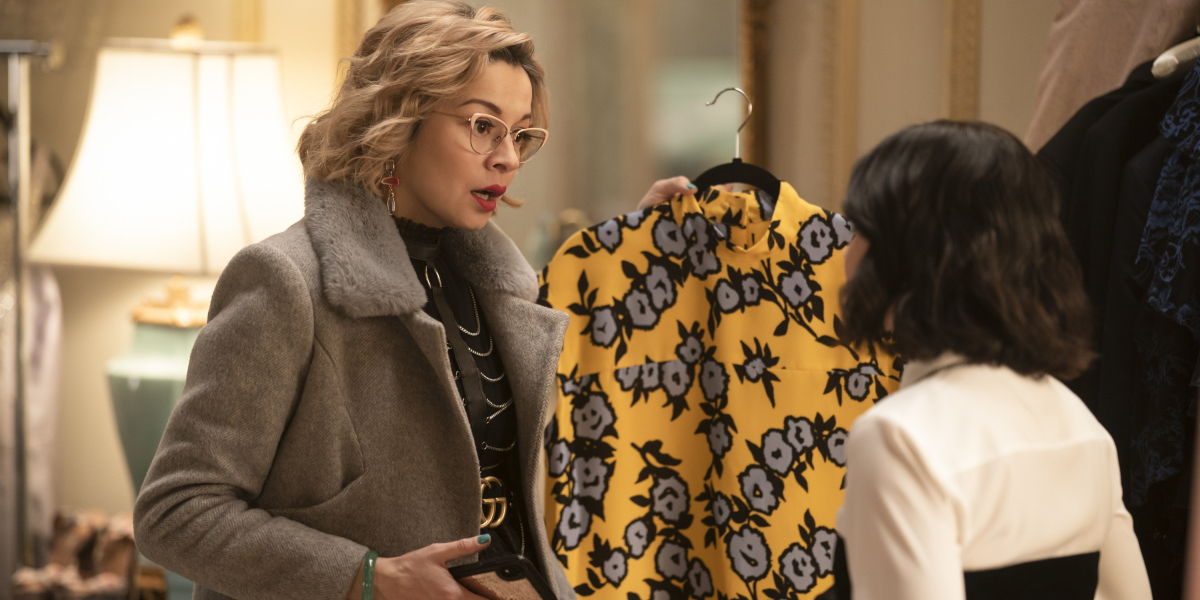 What really shoved the knife into my heart during Katy Keene season 1, episode 12 was everything between Katy and Pepper, really. Katy felt so betrayed by Pepper after learning the truth, which is just so fitting. Pepper is basically her sister, and yet nothing Pepper’s told her about her life was the truth. Can you imagine?

Lucy Hale and Julia Chan are two exceptionally talented performers, and the Archieverse is lucky to have them. This episode proves that statement.

The hallway scene between Katy and Pepper could have easily fallen flat, but the two brought so many rich, emotional layers to their characters in that scene, painting exactly how deep this betrayal was for Katy and how deep the sting was for Pepper that they figured out the truth and turned against her. Completely heartbreaking.

I feel for Katy, I do. Pepper stole a roughly $200,000 item from Lacy’s, while there because of her connection to Katy, which could have easily gotten Katy fired if they figured out the truth. (Also, why does Lacy’s not have cameras if they hold such expensive items?) It’s completely understandable to be upset.

And for Jorge, I understand his frustration and feeling of betrayal because Pepper was keeping the money from the play for herself. It’s not like he would have actually used the extra money to help his parents, as he didn’t know they were in trouble at the time, but that’s where his mind was at.

But I really dislike how quickly they turned on Pepper. They’ve known Pepper for years, and since the series started, all Pepper has done is look out for them. She’s used her connections to help them out so many times, and while the lying and stealing was wrong, it’s disappointing that they were blinded to the truth of Pepper’s character. 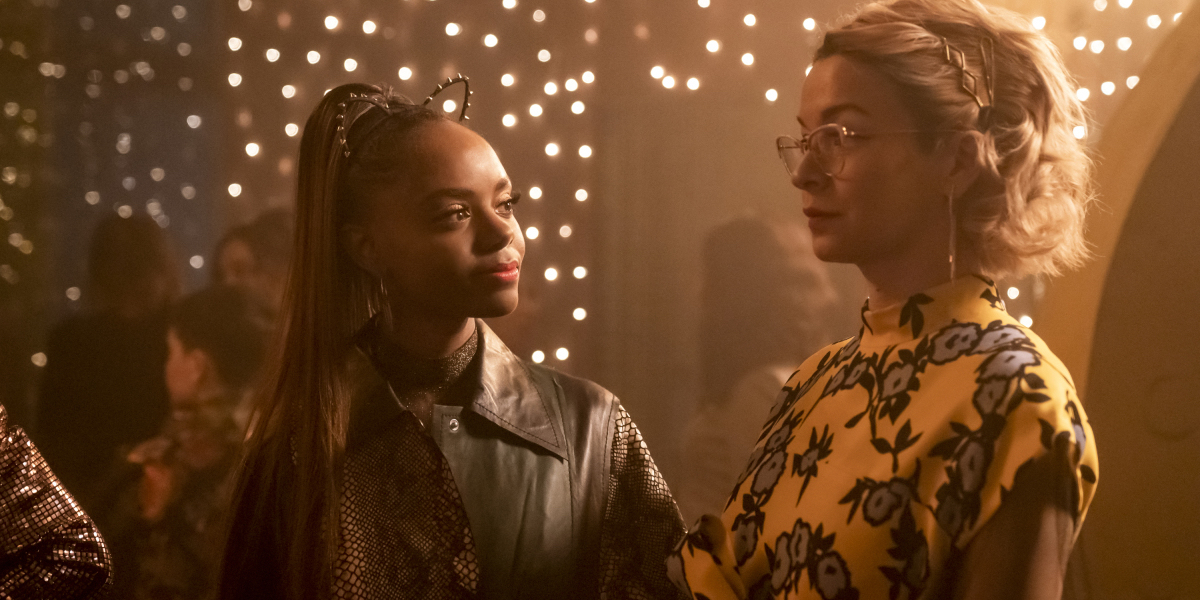 That’s why Josie was my favorite character during Katy Keene season 1, episode 12. Perhaps it was her short relationship with Pepper that opened her eyes, but she never just outright expected the worst from Pepper.

Josie was the voice of reason explaining how much Pepper had done to help Katy and Jorge’s careers, assuming Pepper was in trouble and refusing to automatically expect the worst from her. Josie said everything I had been thinking since the trailer for this episode came out with Jorge assuming Pepper was conning them.

Nonetheless, I’m excited to see the aftermath of this fallout between the Katy crew. Katy and Jorge are hurt, though Jorge might get over it sooner because of what Pepper did for his parents, Josie’s newfound friendship with Pepper is indescribable, and Pepper’s been arrested.

I wonder who turned Pepper in and for what, as we know it wasn’t Alex. Probably Hannah, Alex’s father, or Xandra, I’d think.

After the friends saw the Pepper Plant though, and how it was dedicated to each of their strengths, I hope there’s some goodwill between them on the finale, especially if it’s the last episode of Katy Keene we ever get. I need some sort of closure. 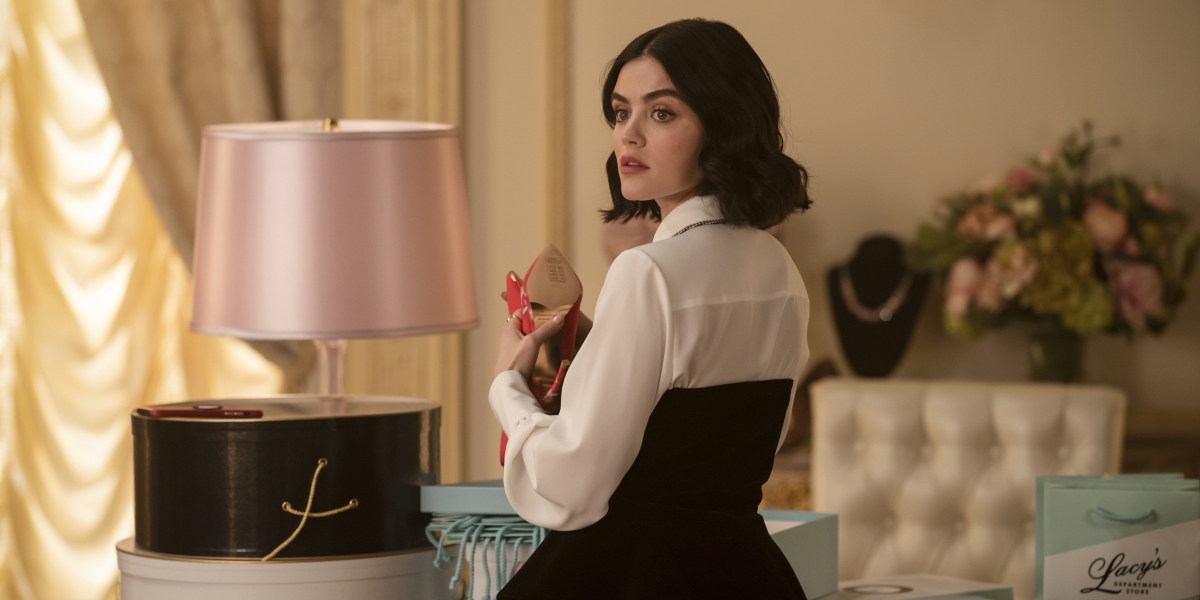 I knew Guy was nothing but trouble, and I’m glad Katy Keene season 1, episode 12 proved I was right all along. What a jerk, right? Not only is Guy a shitty person, he can’t even design clothes. He just steals from others, passing the designs off as his own, as his ideas did dry up years ago. It’s sad.

However, I’m glad that Katy got her attraction for him out of her system before all of this. Sure, this was the nail in the coffin for the burgeoning romance, but she’s gone back and forth about whether she should be romantically involved with Guy for multiple episodes. Now it better be done.

Katy’s often let people walk all over her, and it’s exciting to think of what she might be capable of now that she’s no longer going to settle for that. How will it impact her work at Lacy’s, particularly with Amanda? How will it change her attitude toward her friends? It seems Katy is becoming a better version of herself.

Can we just let Katy and K.O. get back together now? 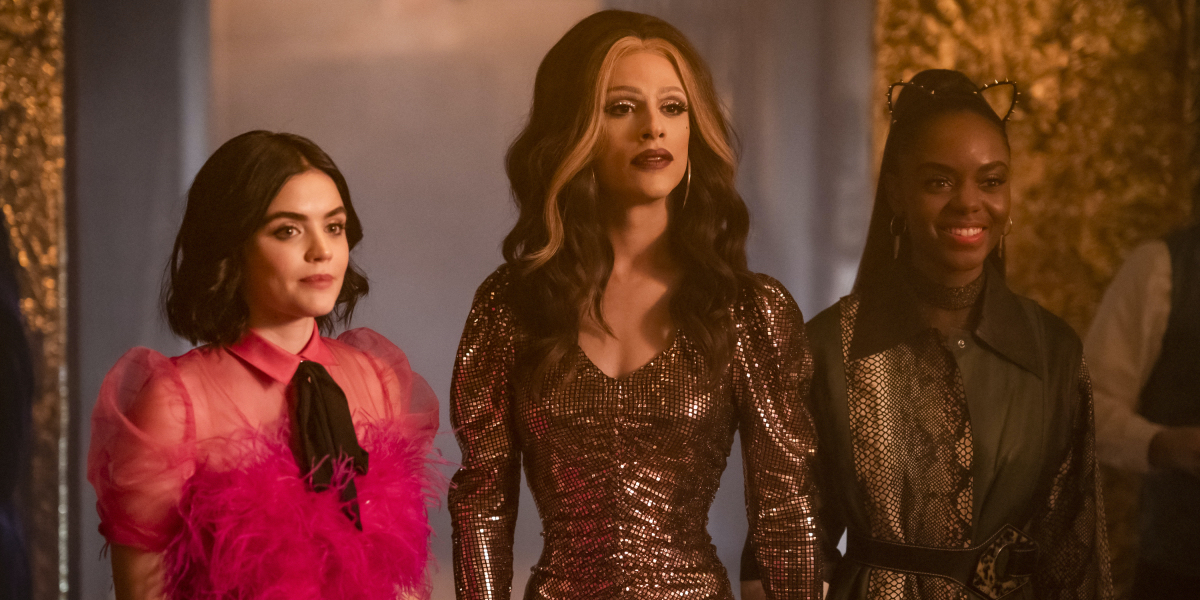 After everything that went down on Katy Keene season 1, episode 12, I could not be more excited for the season finale. Everything’s gone to shit, so now it’s time to see how they can get back up and keep pursuing their dreams.

How does Pepper handle being arrested on the opening night of her Pepper Plant? Lacy’s is closing and Katy told off Guy, so what does that mean for her career? Jorge’s parents are still about to lose their building, so what will he do to help and how will it test his relationship with his parents? And now that Alex is drinking and went back to his father, what is Josie going to do?

So many big questions to answer with so little time, so we definitely better be getting a season 2 to continue these wonderful stories, especially if Riverdale is doing a time-jump next season to catch up with Katy Keene, making crossovers even easier.

Finally, I’ll leave you with my theory about Pepper’s birth parents. My theory is that Gloria is Pepper’s mother, Leo Lacy (Mrs. Lacy’s son) is her father, and Gloria abandoned her to avoid shame and judgment from Mrs. Lacy. And, Leo Lacy is Katy’s father, making the two sisters.

I don’t really care how it happens, I just want Katy and Pepper to be sisters, biologically, to match the relationship they already have.

Don’t miss the Katy Keene finale airing Thursday, May 14 at 8 p.m. ET on The CW!