I think the thing I loved most about Jungle Cruise is its dedication to capturing the entire spirit of the ride, and refusing to lose an inch of the charm and silly appeal of the Disney Parks attraction.

The ride was one of the highlights of my time at Disneyland, mostly because it was a completely unexpected joy. I had no idea that such a corny, downright silly adventure-ride could single-handedly deliver the magic of old Disney in an silly 5 minute boat ride.

And my enjoyment of the ride definitely drove my attraction to the movie. I hoped and prayed that they wouldn’t just turn a Disneyland mainstay into a jungle-themed movie. Instead, they highlighted the more appealing aspects of the Jungle Cruise ride’s history and re-wrote a whole new future. 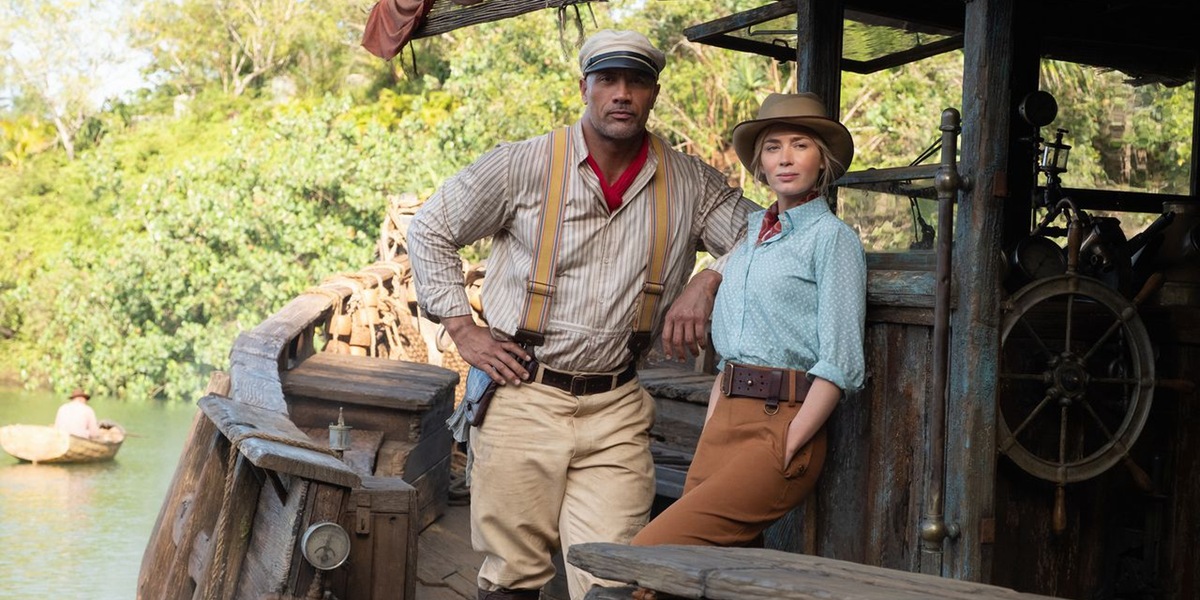 Now that we have an enchanting, wonderful movie to draw from, the possibilities for ride updates are endless. And no, I don’t want them to turn the classic ride into a newfangled shrine to Blunt and Johnson, but embracing some of the winding lore that the Jungle Cruise movie wove expertly into the plot could definitely drive more and more people toward the ride in the future.

One of the most iconic parts of the water-based joyride is the terrible jokes rattled off by the river guides as they usher you down the waterways and past all the “horrors of the jungle.” Especially now that the more racially insensitive parts of the attraction’s sights have been removed, I hope the Jungle Cruise ride flourishes thanks to a film that highlights the best parts of this family-friendly thrill ride.

But seriously, back to the jokes. I can not begin to express my utter delight upon discovering that the kitsch and cornball nature of the ride was so thoroughly adopted by the Jungle Cruise movie. Not only does the Rock spit out dad joke after dad joke to his charges, but even Emily Blunt gets in on the action before the end. The river guides at Disneyland are the highlight of the ride, and keeping that bit of magic at the core of what makes Jungle Cruise so delightful is key to why this movie is successful in the first place.

The trailers made this film out to be one hell of an adventure, and I’d say Jungle Cruise delivers on that promise. It took me back to adventure movies of olde. With a mix of Indiana Jones and Pirates of the Caribbean, I felt transported to a new world of danger and excitement, which is what just about anyone is looking for in an July movie release. 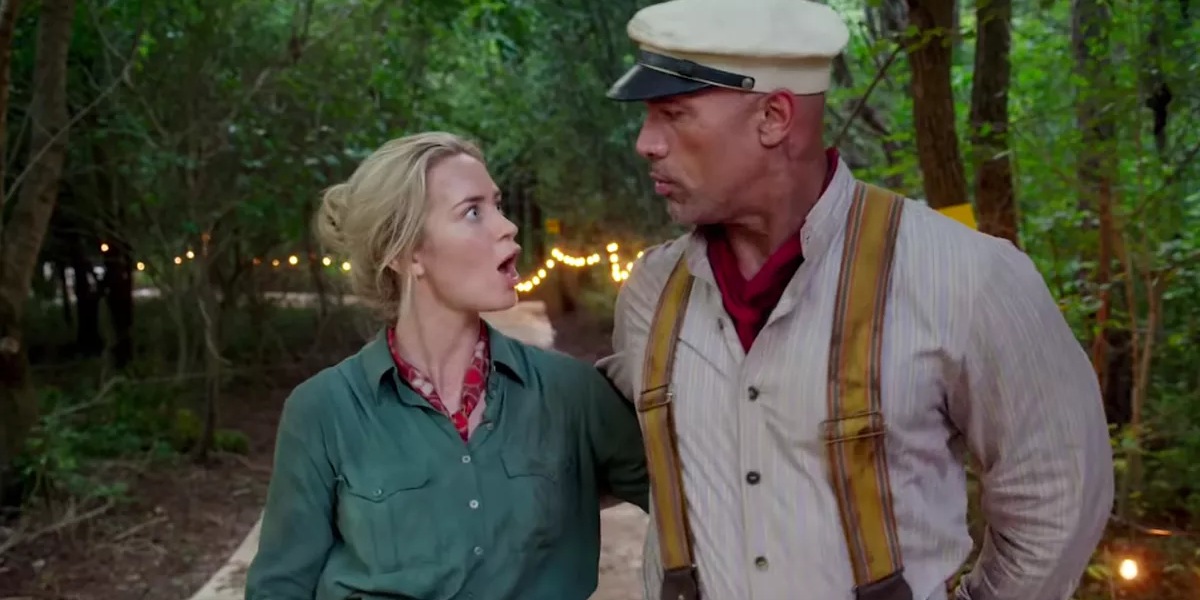 It feels especially wonderful given the lockdowns of last year and all the pandemic precautions. The value of being able to travel in our minds to a time and place far removed from all of that, to escape to a land with lore and legends and magical threats is incalculable.

I would be remiss if I didn’t sing the praises of the casting done so remarkably well for this movie. Disney really couldn’t have done any better with casting than Emily Blunt and Dwayne ‘The Rock’ Johnson as the leads, Lily and Frank. Their chemistry is every bit as dangerous and exciting to watch on screen as the action scenes and stunts. I hope this pair can find more reasons to work together again, because they’ve got a really interesting and insanely fun dynamic.

Also, how did they get Paul Giamatti to step into such a small and unredeemable role? That flummoxed me, but did lend gravitas to the whole thing. That, and Jesse Plemons taking on another over-the-top villain-esque character in his career. I will always love seeing him work, but if someone doesn’t take his everyday-man magic and cast him as a romantic lead, I’ll lose my ever loving mind.

I think the magic I keep talking about can be better described as an intense awareness of Jungle Cruise‘s grandiosity. Everything in this movie is a spectacle. Just about everything is used to keep a huge and unwieldy story alive from scene to scene. I love that Disney went for the gold with this one. They introduced a lot of crazy supernatural elements that invited the story to feel bigger and badder than the simple ride at its core.

If I were to say that Disney may be on to something with turning its most iconic and legendary rides into movies, I’d hazard a guess that most people would agree with me. Pirates of the Caribbean may have kicked the trend into high gear, but magic like Jungle Cruise and the upcoming Haunted Mansion movie, have a chance to keep the trend alive. Who wouldn’t want to, one day, go see a Space Mountain movie in the theaters? I am definitely game.

While Disney is known for it’s hyper-successful animated movies, I am falling in love with the bevy of modern, live action adventures they’ve devoted themselves to over the years. From the old days of Freaky Friday and The Apple Dumpling Gang to the more modern examples of National Treasure and the Jungle Cruise movie, it’s always a good time for a Disney adventure.

Disney’s Jungle Cruise is in theaters now! You can also stream it from the privacy of your own home on Disney+ for $29.99.