We use cookies to ensure that we give you the best experience on Hypable. If you continue to visit us, we will assume that you are happy with it.
3:00 pm EST, December 13, 2019

‘Jumanji: The Next Level’ movie review: All the same heart, a whole new adventure

Jumanji: The Next Level is here for all your family movie needs this holiday season. It has a little something for everyone, and is perfect for keeping the kiddos entertained.

As a person who LOVED Jumanji: Welcome to the Jungle I was cautiously optimistic that they could strike oil twice, but also a little hesitant. The reboot/sequel or whatever you want to call it was a perfect storm of unexpected, funny, warm-hearted, and nostalgic. I just wasn’t sure if this actual sequel could hold up to that level of delight. I have good news on that front, but more on that later.

Jumanji: The Next Level picks up a couple of years after Jumanji: Welcome to the Jungle‘s ending. Our four teens have gone their separate ways to college, keeping in touch as best they can with social media, texts, visits, and meet-ups when they’re back in town for holidays and such. Despite all of them having some measure of success, it’s pretty clear that Spencer’s struggling. It dawns on him that the best way for him to get his feet back under him is to go back into the game and feel what it’s like to be Smolder Bravestone again. Little does he know that the broken game has different plans for him this time around. 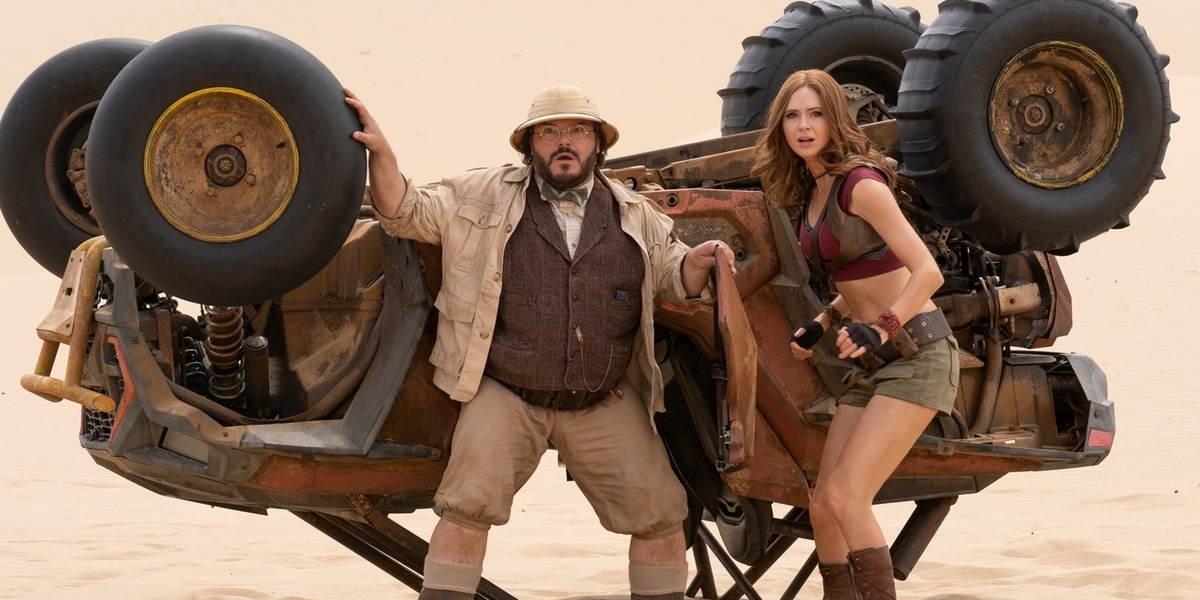 My first concern when I heard they wanted to do a sequel to the 2017 reboot was that they wouldn’t be able to give us what we want, which is more of Hart, Johnson, Gillan, and Black as the avatars for our four teenage heroes. Since they barely made it out of the game alive the first time, why the hell would they ever go back? What could possibly convince them to dive back into the game?

And when we first see our four favorite avatars in Jumanji: The Next Level, they are definitely not the same gamers. Our heroes enter the game, but only Martha finds herself in familiar territory as Ruby Roundhouse. Bethany didn’t even get in, Fridge is Shelly Oberon, Spencer’s grandpa is Bravestone and his best friend Milo is Mouse Finbar. It felt a little topsy turvy to be honest, but it brought the funny. The moments of Johnson and Hart swinging their hips in circles as the two older players experienced youth again was pretty damn memorable.

But, not to spoil too much, we do get a chance to see all our faves back in their rightful avatars before the end. I could not believe how much I missed Jack Black playing Bethany. It’s unbelievable how great he is at bringing the truly expected to every scene. It kills me. 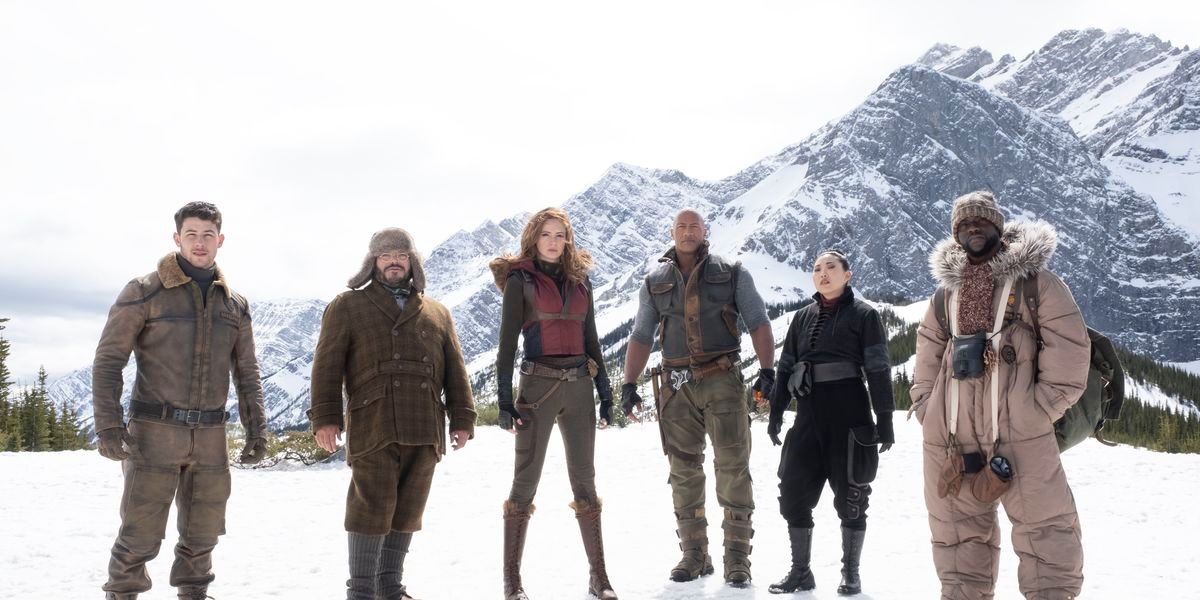 Setting aside the pitfalls Jumanji: The Next Level could have fallen into though, it did do some fresh, new things with great skill. I loved how they worked Alex and Seaplane McDonough back into the game. If any one of the original players would have had a right to refuse to go back, it definitely would have been him, but Jumanji: The Next Level also wouldn’t have been the same if Nick Jonas hadn’t been able to save the day at least once.

The new players do bring a wonderful spirit to the proceedings, too. Especially since Milo and Eddie had some personal issues to work through. The over-the-top-ness Devito (and anyone acting as DeVito’s avatar) brought to Bravestone was insanely amusing, and the unhurried, preciseness of Glover was a first for the rapid-fire nature of Mouse Finbar (and Kevin Hart, too).

Ultimately, I think Jumanji: The Next Level hit all the beats it needed to to be a successful sequel. It might have lost half a step or so from Jumanji: Welcome to the Jungle, but definitely not enough to have you upset at returning to this crazy, digital world. 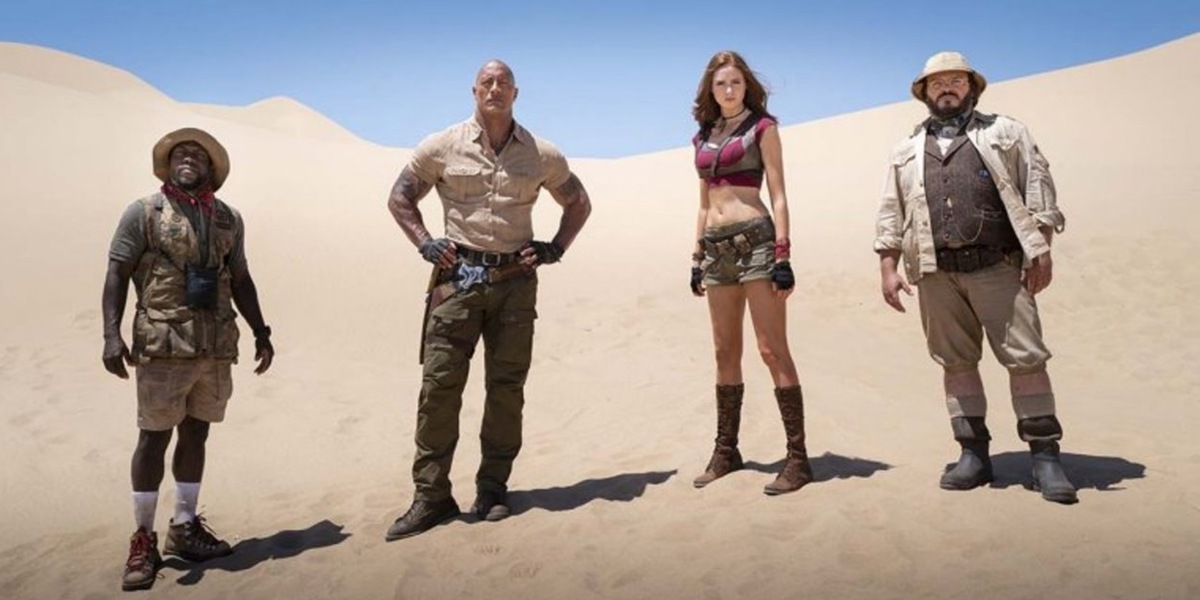 I don’t know what’s next for this franchise, what with our original four players vowing absolutely never to step foot in that game-scape again. But the last moments of the movie definitely led me to believe that an idea or two for a final film may take some inspiration from the original Jumanji. That’s all I’m gonna say about that.

Jake Kasdan has brought some serious fun to movie theaters with this rebooted franchise. It’s one of the few reboots that brings something new, fresh, and insanely fun to the property. As a kid who hated the original Jumanji for it’s seriously creepy undertones, I cannot love this new version more. I do hope that he has a plan for at least one more future film in this franchise, and I would even be okay if it reminds me of the original Jumanji, as long as it doesn’t lean too far toward the creepy. Jumanji: The Next level does everything it needs to and more to be a great second adventure for all our favorite heroes.

Jumanji: The Next Level is now playing in theaters nationwide.