We use cookies to ensure that we give you the best experience on Hypable. If you continue to visit us, we will assume that you are happy with it.
4:00 pm EDT, April 16, 2019

‘Into the Badlands’ season 3: Are the Black Lotus really bad guys?

Into the Badlands season 3, episode 13, “Black Lotus, White Rose,” gave us our closest look yet at the secret society known as the Black Lotus.

The Black Lotus have been working in the background of Into the Badlands since the show’s inception. It’s the reason why Sunny ended up in the Badlands with only a symbol of Azra around his neck, and why he has no memories of his childhood. But we only got a glimpse at this secret society in season 3.

It’s easy to think the Black Lotus are bad guys. Magnus, at the very least, is kind of a dick. He betrayed Ankara and helped enact the destruction of Azra all those years ago. He kidnapped Sunny’s sister, Kannin, and has been brainwashing her for decades. Plus, he killed Bajie.

But are the Black Lotus really bad guys? Conceptually, I don’t think they are. Just as it is with any organization, or any person for that matter, there exists both a light and a dark side. Even the best of people, like The Master, struggle with making difficult decisions that may lead to terrible solutions.

The Gift is a wonderful and terrible power for anyone to have. When we first met MK in season 1, he had an incredibly difficult time controlling it. When he was triggered, he would become a killing machine, only stopping once all threats were eliminated. Without proper training, he was a catastrophe waiting to happen.

Then there’s The Widow, who had her gift taken from her. It didn’t seem to be a decision The Master took lightly, but it was one she continued to stand by. As we saw in “Raven’s Feather, Phoenix Blood,” Minerva struggles with her inner darkness. Even when she has the best of intentions, that kind of power can corrupt her noble cause.

There are truly good people with the gift. The Master and her abbots are the easiest to point to. While they’ve traded blows with our hero, Sunny, in the past, it was because they had different objectives, not necessarily because they were on different sides. Sunny didn’t understand they ultimately just wanted to help MK control his power.

Then again, they probably could’ve chosen to do something other than locking a kid in a trunk. 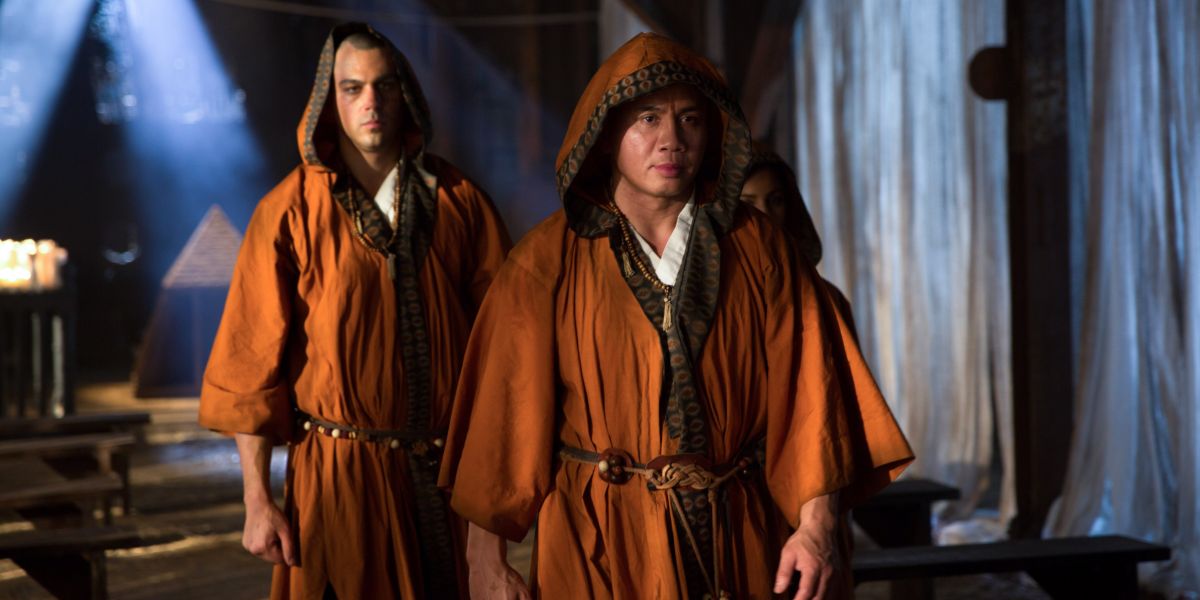 Alternatively, Pilgrim may paint a picture of a brighter future, but it’s hard to deny that he’s building an army of Dark Ones who serve only him. He may want everyone to be on an equal playing field — The Gift for everyone! — but he still gets to pick and choose who lives and dies. If you don’t want to follow him into heaven, it’s more likely you’ll end up in hell.

The objective of the Black Lotus is to rid the world of the Dark Ones. I can’t say I blame them. The reason why the Old World fell was because of the meridian chamber Pilgrim uncovered. Their ancestors (aka us) chose to give The Gift to everyone, and by consequence created the post-apocalyptic world we now know as the Badlands.

The Black Lotus, who do not have The Gift but are trained to combat it, want to keep that from happening. I can’t say I blame them. The Badlands is not a fun place to grow up, and if anything can be done to build a better world, then we should weigh both the pros and the cons of any proposal.

Ironically, Magnus, The Master, and Sunny all want the same thing — to stop Pilgrim. They should be working together instead of against each other.

But as is usually the case, it seems like fanaticism has gotten in the way. Just as Pilgrim ultimately wants to put power in the hands of the people, the Black Lotus wants to protect the world from people with absolute power.

Both of these are noble causes. In particular, the Black Lotus should be hailed as heroes for being normal human beings capable of going up against people with supernatural abilities. In any other show, the Dark Ones would be evil and the Black Lotus would be good.

But this is Into the Badlands, and they try to divert stereotypes whenever possible. 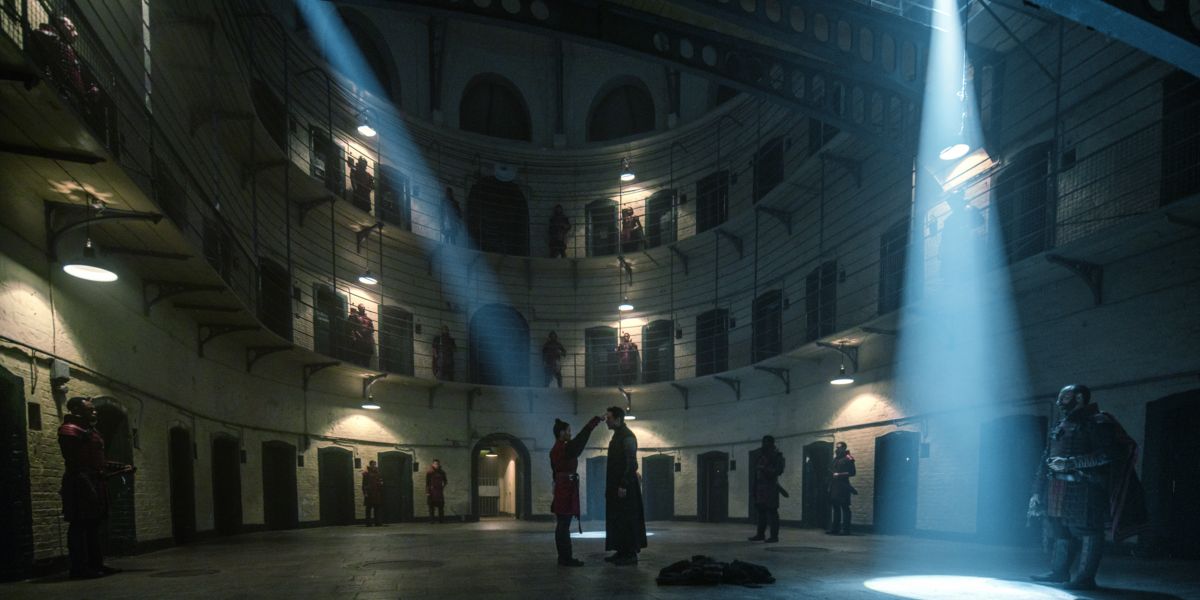 Whether or not the Black Lotus was corrupted from the beginning doesn’t really matter. The reality is that the entire society is misguided. They are willing to kill any Dark One who crosses their path, whether or not they’re a danger to the world at large.

Magnus, most of all, seems to be giving Quinn a run for his money in terms of terrible men doing terrible things to the people they’ve taken under their wings. His treatment of Kannin is disgusting and inexcusable. It is abusive in every sense of the word, and her willingness to take her own life for a cause that singles out her own people is heartbreaking.

Luckily, she broke free of his torment in the end.

To answer my own question — yes, the Black Lotus are really bad guys.

But they don’t have to be. To have The Gift is to have extremely destructive power coursing through your veins. With The Master dead and all of her scrolls burned, there are fewer people and even less information left in the world to teach Dark Ones how to control their abilities.

The Black Lotus remembers the destruction The Gift had brought down on the world. Instead of killing those who had no choice in whether or not they were to become a Dark One, perhaps it would be better to act as a governing body, keeping watch and ensuring the safety of all people, powered or otherwise.

As we saw with The Master, The Gift can heal as much as it can destroy. The Black Lotus would do better to work with the Dark Ones, rather than against them. Perhaps this is how they could usher in a new era, one with checks and balances. It’ll never make for a perfect world, but neither will Pilgrim’s or Magnus’ visions of the future.

The best we can hope for is balance, and the Black Lotus has an opportunity to lead humanity toward this kind of life. Perhaps Kannin, who has lived intimately in both worlds, is the perfect leader of this cause. 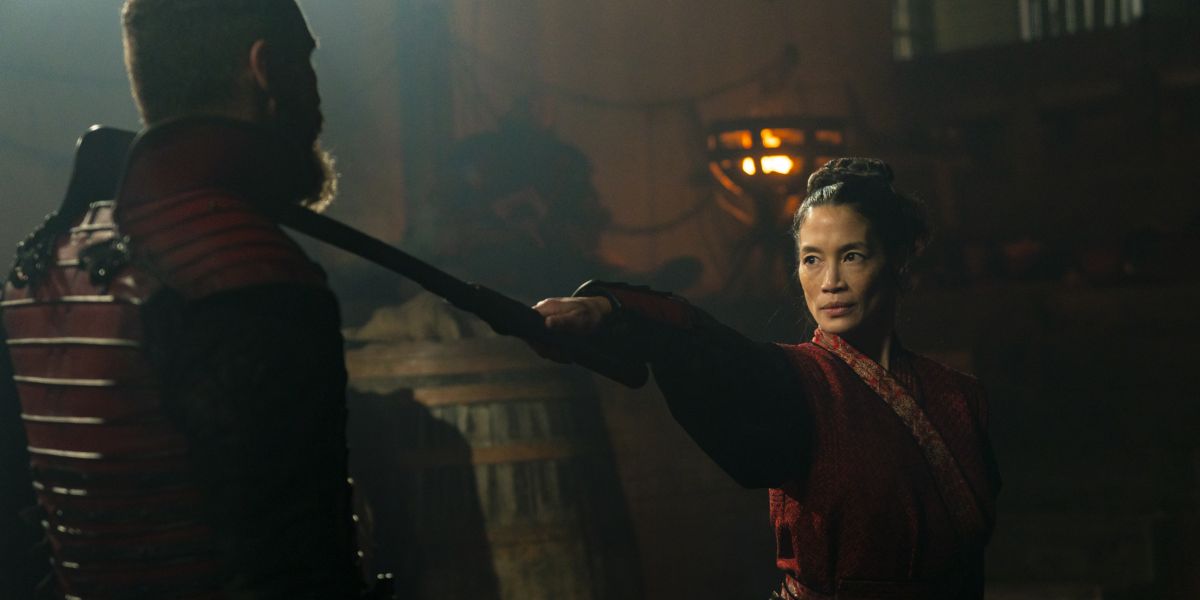 Do you think the Black Lotus are ultimately bad guys on ‘Into the Badlands’?