We use cookies to ensure that we give you the best experience on Hypable. If you continue to visit us, we will assume that you are happy with it.
2:00 pm EDT, April 30, 2019

Into the Badlands may be set in a post-apocalyptic future full of magic and mysticism, but it still carries a message about current events in our own world.

At first glance, it might not look like Into the Badlands has any connection to our own world. For one, it’s reverted back to more primitive weaponry and caste systems, and two, it’s full of people with superpowers who feel like gods among men.

But Into the Badlands has always been just one step removed from our own reality. The sets have always been dressed to imply that this show is set far in the future, revealing everyday items that we take for granted. Old cars and abandoned amusement parks give a sense of days gone by.

They may have fallen into ruin, but they still exist as a testament of what once was.

The Old World has been referenced on more than one occasion, and it’s pretty obvious the characters are referring to the time we’re currently living in. Wars ravaged the planet, causing wholesale destruction. The arrogance of those in Azra who believed society should be ruled by Dark Ones led to the creation of the Badlands.

The show has always focused on what was currently happening in the Badlands, and made mostly subtle references to what came before. The wall along the border of the Badlands was a fairly obvious reference to Trump’s U.S.-Mexico boarder wall, but it wasn’t until Pilgrim that we began to discuss the Old World more and more frequently. 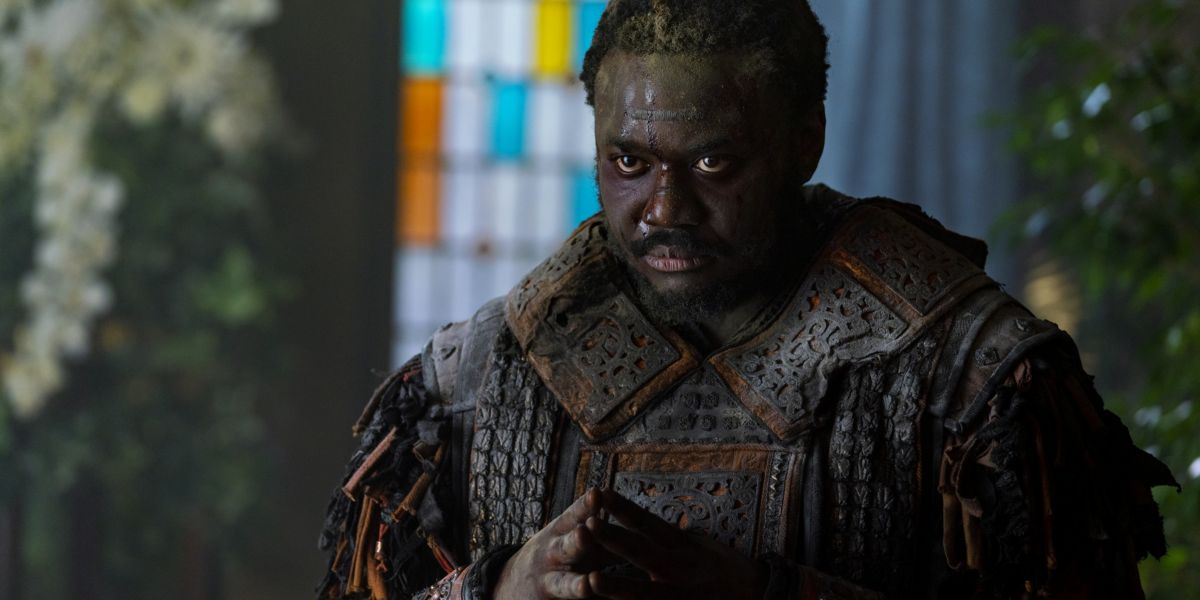 In Into the Badlands season 3, episode 15, “Requiem for the Fallen,” there’s an exchange between Gaius and Bajie that may be the show’s most blatant call to action we’ve seen yet.

Gaius, Bajie, and Sunny are at an old bus station which has been converted into an outpost for the Black Lotus. They’ve threatened one of the assassins and told him to fetch Magnus so they can, hopefully, broker a deal and get the secret society to fight alongside them to take down Pilgrim.

While they’re waiting for Magnus to show up, Gaius plays with a pay phone.

Gaius: “My father used to be obsessed with places like this.”
Bajie: “Abandoned bus depots.”
Gaius: “Remnants of the Old World.”
Bajie: “Oh.”
Gaius: “He used to send scouts to find these things for him. Sometimes I’d go with them to explore.”
Bajie: “Huh.”
Gaius: “Do you ever wonder how a civilization so advanced could destroy themselves?”
Bajie: “Honestly, I think people were just getting safe, comfortable in their little lives. Then, from out of the blue, someone like Pilgrim turns up. And the next thing you know, we are all living in the Badlands.”

It doesn’t take a genius to see that the creators, Al Gough and Miles Millar, are speaking directly to us, the viewers. This is a warning of what’s to come.

Like most post-apocalyptic stories, Into the Badlands shows us a future that’s more probable than we’d like to admit. The 100, Maze Runner, The Hunger Games: All of these stories exist to encourage us to reflect upon our lives and the direction in which we’re currently heading.

After devastating ruin, leaders emerged to comfort their people. But that comfort turned into a society ruled by Barons. People were called cogs, and it doesn’t take a stretch of the imagination to figure out why. 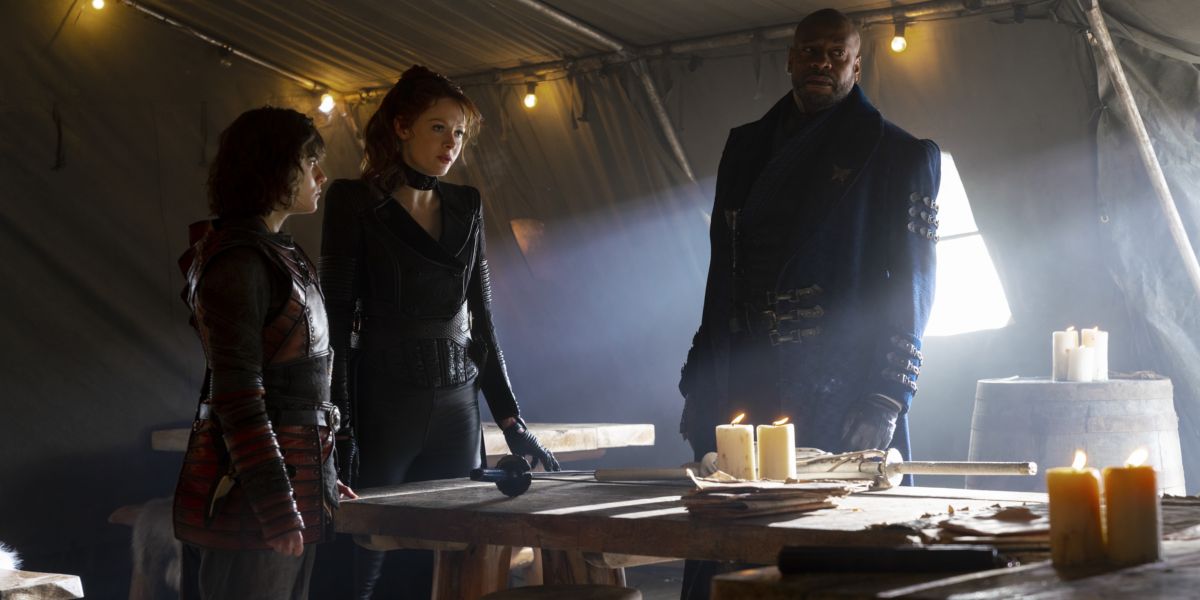 Wars have decimated the land once again. The previous rulers have all fallen. And another leader has emerged from the ashes.

Pilgrim makes promises he can’t keep. He paints a picture of a brighter future, telling his followers exactly what they want to hear. But he refuses to acknowledge that his idea of New Azra is inherently flawed. Rather than finding the best path forward, he tries to mold the world into an image that supports his cause.

But that’s not how it’s supposed to work. He might have a silver tongue, but Pilgrim is barely holding onto his sanity. Instead of being a savior, he will undoubtedly become Earth’s ruin.

It’s not a direct parallel, of course. Trump does not have a silver tongue. Nor does he have an army of supersoldiers — thank God.

But this message from Into the Badlands is bigger than Trump. It’s bigger than any of us individually. This show and the people who put their blood, sweat, and tears into it are asking us, for all our sakes, to look around us and try not to make the same mistakes that brought about the Badlands.

We can see how terrible of a life that was for so many people. I, for one, never want to have that experience.

Complacency is not our friend. Burying our heads in the sand will not save us. Ignoring the truth of what’s going on around us, hoping it will not directly affect our own lives, is not only cowardice, it’s dangerous.

So, yes. Into the Badlands is a show about high-flying assassins who have to fight people full of dark magic. It could be ridiculous, but it’s not.

Instead, it’s a heartwarming story about love, loss, and the hope for a better future. 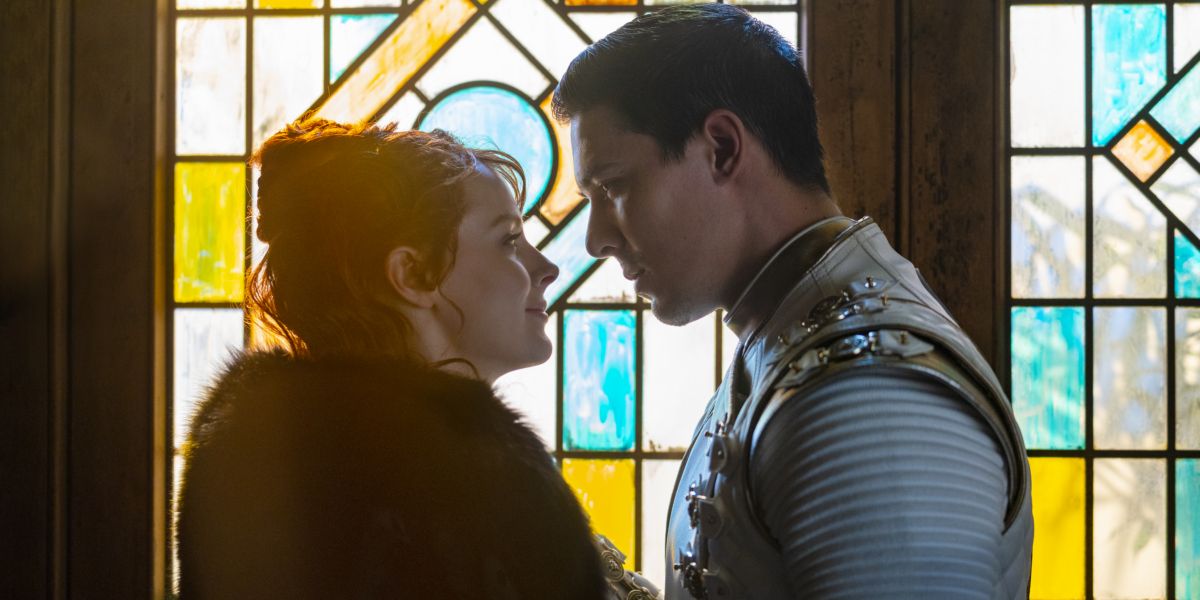 In the end, isn’t that what we all want anyway?