HTGAWM season 6, episode 14, “Annalise Keating Is Dead” put us into the courtroom for the show’s final battle.

Finally, we’ve made it to the trial that will decide everyone’s fate, once and for all! This is exactly what I’ve been waiting for in these final episodes of How to Get Away With Murder, and although it took a little too long in my opinion, we’re here now, and it’s better late than never.

The episode started off strong, with Annalise illustrating how much of a game the courtroom is. Trying on outfits and personas trying to find one that the jury will find the most palatable, and the least guilty. The opening sequence also introduced us to the interesting internal monologue that we’d be hearing for the rest of the episode.

I have mixed reviews on the way this device was used in HTGAWM season 6, episode 14. It definitely worked during the opening sequence, audibly illustrating how Annalise was making her decisions, but it didn’t really add much to the rest of the episode.

For the entire series we’ve watched as Annalise turned things around on a dime in the courtroom, and desperately tried to decipher her loaded conversations. Why, in the penultimate episode of HTGAWM, did they suddenly feel the need to spell things out for us by providing a track of Annalise’s thoughts? I’m hoping this is better used in the series finale, but for now I’m not a fan. 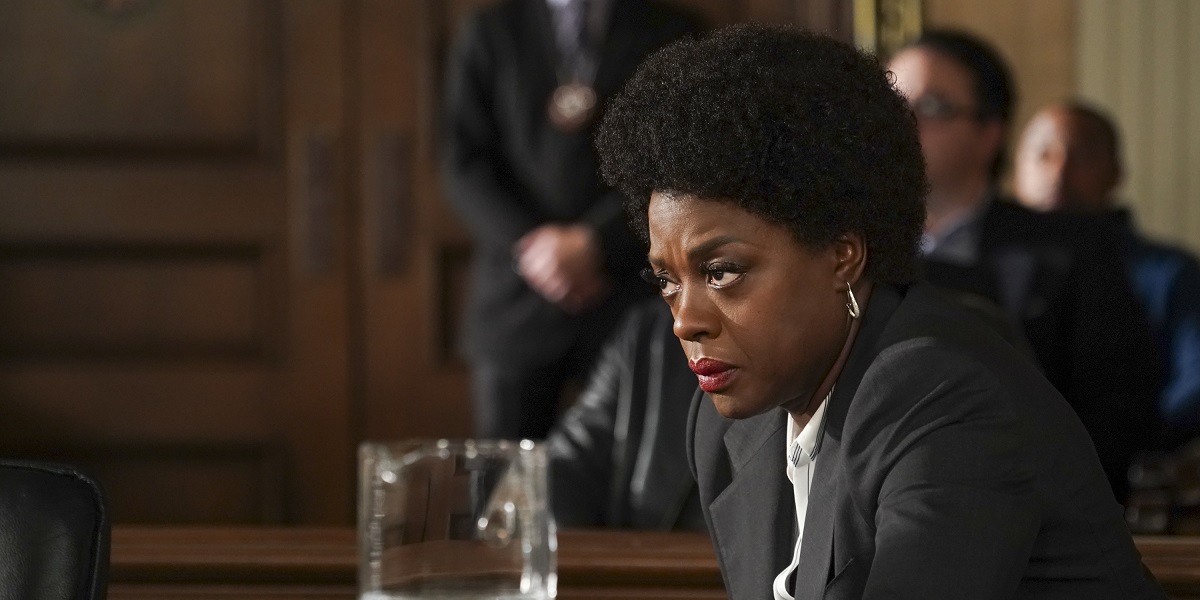 As risky as it was for Annalise to agree to Tegan stepping down as her attorney, I’m so glad she did. First of all, it just wouldn’t make sense for someone else to be fighting the last How to Get Away With Murder fight, and also I just can’t see Annalise leaving her fate in someone else’s hands at this point. I loved how confident and assured she was in the episode, and I can’t wait to see that continue in the series finale.

The focus of this episode was on the testimony of the students, which excitingly, included Laurel! Laurel, Michaela, and Connor all took the stand to say their piece about what happened, or at least what they promised to divulge.

Michaela and Connor played their parts, viciously tearing Annalise apart despite her equally ferocious counter-attacks. Michaela finally made something out of the strange sexual tension between Annalise and Wes by saying they were sleeping together, Connor lied about the gay conversion camp he shut down, and Annalise attacked their ambition and even Connor’s marriage. Michaela certainly performed better than Connor, but we later learned that was because she had a lot more on the line.

The last episode of HTGAWM led us to believe that Connor had sweetened the pot for himself behind Michaela’s back, but we now know that all he did was negotiate immunity for Oliver. It turns out, it was actually Michaela that managed to take jail time off the table.

All of this was honestly really hard to watch. They’ve all been through so much together, so to see them turn on each other in the final hour was painful. I would like it much better if they were united against their enemies, but I don’t see them getting there before the end of the series at this point. 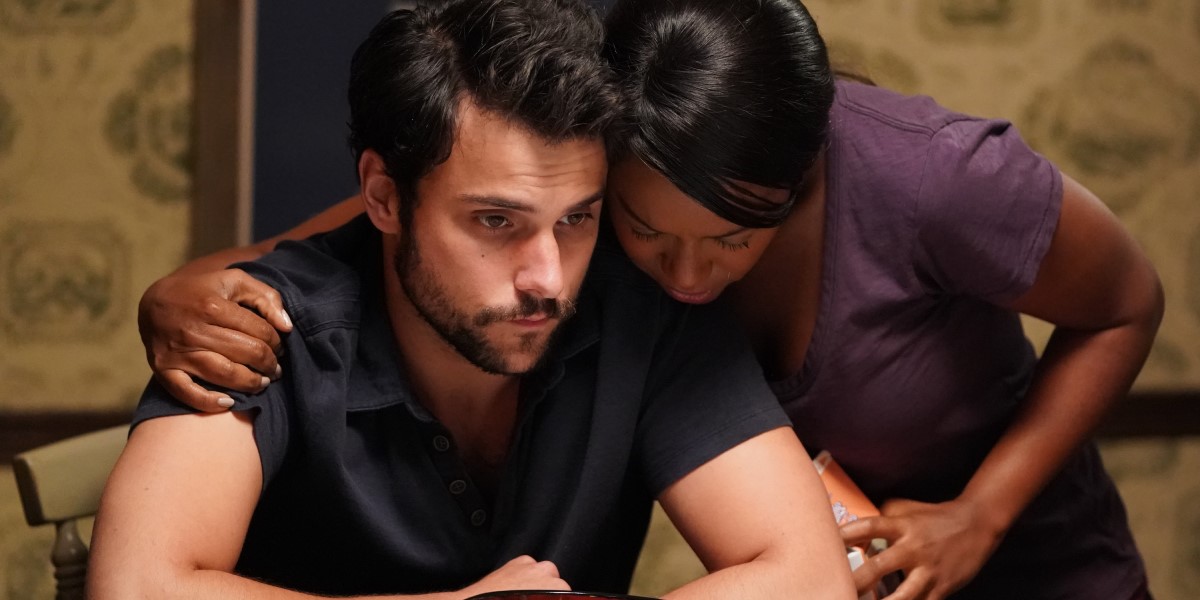 I was so happy to see Laurel again in HTGAWM season 6, episode 14. Her character definitely needed come closure, especially with Frank. I will be forever grateful to How to Get Away With Murder for giving us one last Flaurel moment.

I loved the distinction that Frank made between his love for Laurel and Bonnie. He loved Laurel because she made him want to be better, but he loves Bonnie because she accepts him for who he is. I think that’s a decision that many people have to make regarding what they want in a partner, and I’m happy that Frank was confident in his choice. In choosing to love Bonnie, he’s choosing to love himself, which is a great character arc if I’ve ever seen one.

Of course, there might be one final blip in his development if he was the one to pull the trigger on Hannah. I absolutely understand why Bonnie told him, and I’m glad she did. HTGAWM could not end without Frank knowing that Sam and Hannah are his biological parents. I just hope he didn’t feel the need to murder someone when he got the news.

There were a couple legal things that I was confused about in HTGAWM season 6, episode 14. Why would Laurel automatically be okay if Annalise won, first of all, and why the hell would Annalise be okay if she publicly confessed to killing Sam? It’s not like she was making a deal with the FBI, she was simply signing a contract with Hannah. That didn’t make sense, so I’m glad that option is off the table now. 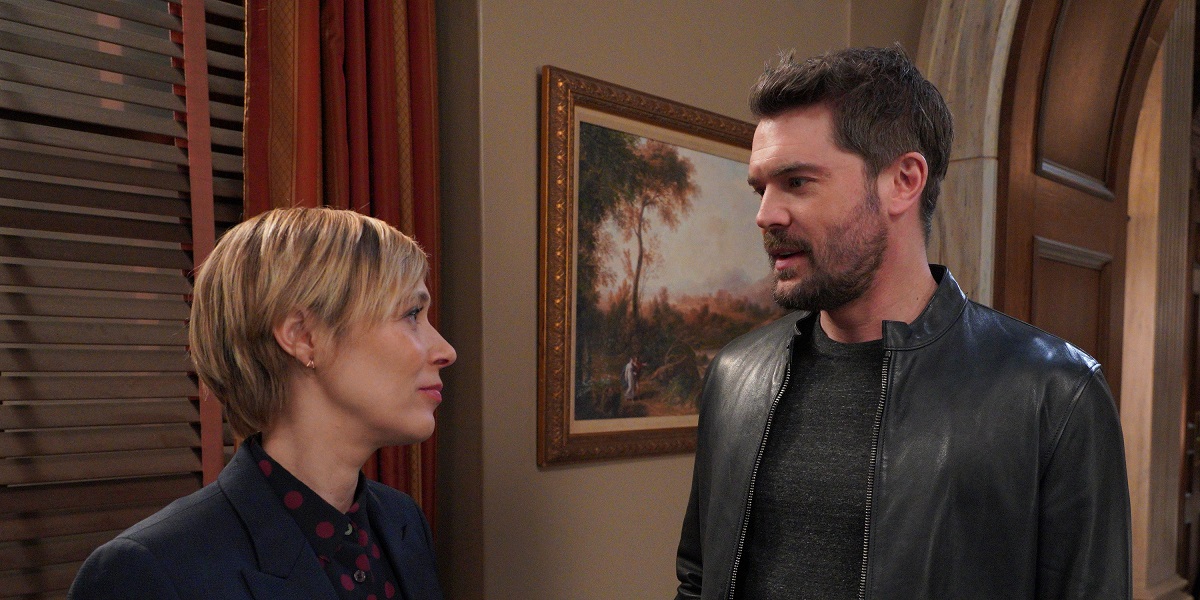 I’m also kind of glad that Annalise will have to keep scrambling for the win now, instead of relying on Hannah’s testimony. It looks like Nate might actually come in clutch with Jorge Castillo, so he could still end up on the good side in the end. And by good side, I mean the side of our protagonists. It’s all relative in HTGAWM.

So Wes has to stroll through the courtroom doors as a final surprise witness, right? We’re still dangling from the cliffhanger in the HTGAWM mid-season finale when he walked into Annalise’s funeral, and we’re dying to know what it all means.