We use cookies to ensure that we give you the best experience on Hypable. If you continue to visit us, we will assume that you are happy with it.
7:00 pm EST, February 25, 2019

‘How to Train Your Dragon’ is the perfect movie trilogy

How to Train Your Dragon: The Hidden World brings us to the conclusion of what can only be described as a perfect film trilogy.

Spoilers ahead for all three How to Train Your Dragon movies.

I’m a huge fan of the HTTYD movies and have enjoyed all three as individual films since this franchise started in 2010. But the true brilliance of the series can only be appreciated when you view the trilogy as a whole.

The first How to Train Your Dragon landed with a splash nearly 10 years ago. It was a story about a boy who befriended a dragon and changed the minds of everyone around him. No longer were dragons supposed to be feared; the people of Berk could now live alongside them in harmony.

Truth be told, this is a pretty basic premise and not exactly one that’s groundbreaking. We’ve seen tales like this before, but what makes How to Train Your Dragon different is the details. Not only do you have a stellar voice cast, but you have a beautifully animated feature film that lives up to the names supporting it.

Hiccup wasn’t exactly anyone’s first choice when it came to fighting dragons, but that didn’t mean he wasn’t exactly what Berk needed in the end. His ability to look at situations from a different perspective allowed him to learn that there was a better way to deal with the problem his community had struggled with for generations. 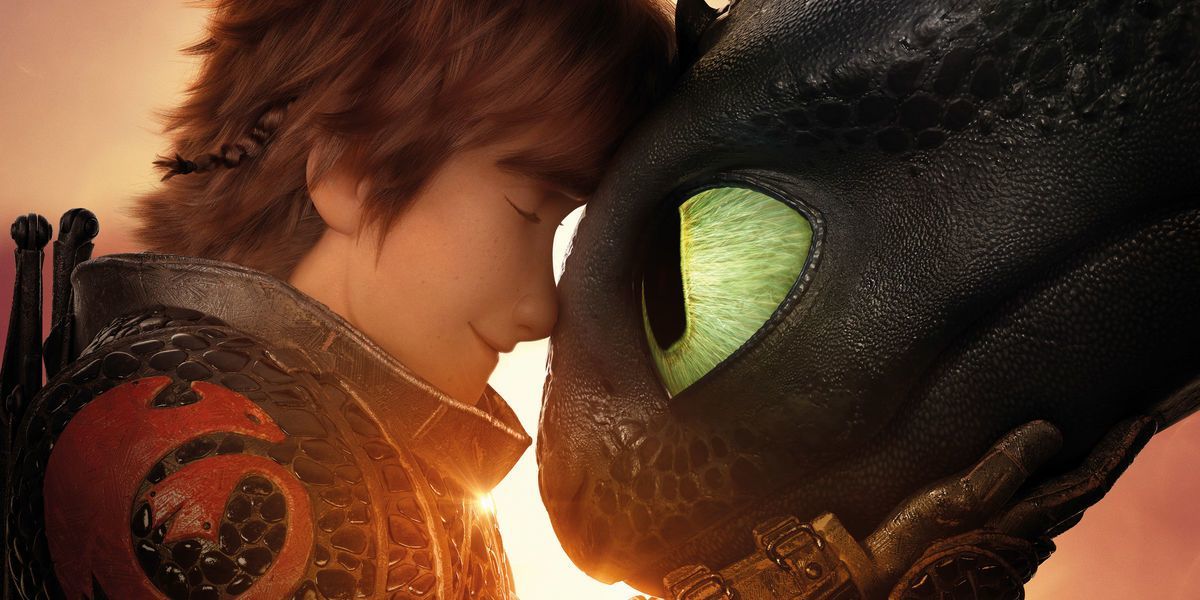 His father might not have appreciated Hiccup’s unorthodox methods, but his ability to change and grow and see the world in a different light is something most adults struggle with. Astrid, clearly the best fighter of her age, was quicker to come around, but we still saw her endeavor to understand. And she never lost an ounce of her strength in the process.

Most importantly, this movie is about overcoming biases with love. Learning more about the people and animals around you will make you see the similarities you share and better appreciate the differences. Hiccup could’ve lost everything during Toothless’ rescue — his father, his kingdom, even his life — but he knew it was a risk worth taking.

In the end, he lost his leg, just like Toothless had lost part of his tail. For children in a similar situation, a movie like How to Train Your Dragon could be the first time they’re seeing someone like themselves on screen. And the film’s positive attitude surrounding Hiccup’s loss of limb could help them gain the confidence they need to face the world without shame or fear.

How to Train Your Dragon might be a children’s movie, but its deeper themes are representative of the complex world we live in.

And How to Train Your Dragon 2 continued exploring life’s ups and downs in both entertaining and meaningful ways.

The stakes were even higher in the second installment of this franchise. It hit a lot of the same motifs as the last movie, but in a way that made the film feel like it grew right alongside our hero.

Hiccup was being pressured by his father to prepare to take on the mantle of chieftan while all he wanted to do was explore the mysterious lands surrounding Berk. Hiccup was still trying to prove himself as the hero. He was still trying to impress his father while being true to himself. He still had to deal with the prejudice against dragons from outside sources. He found his mother, but he also lost his father. 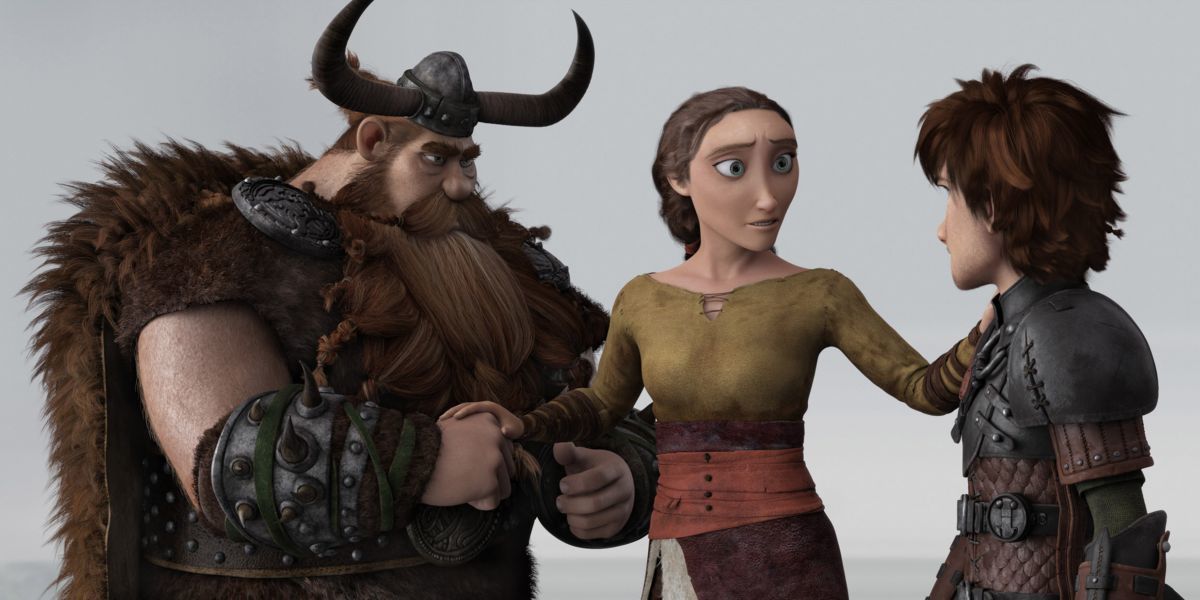 This movie represents a time in our lives that a lot of us don’t like to think about. It’s past the awkward growing pains of our teenage years and right smack dab in the middle of becoming an adult. HTTYD 2 is like our college years — there’s a lot of growing and changing, and not all of it is good.

Hiccup may have realized that Toothless and protecting all of dragonkind was his future, but he was still trying to find himself. He had grown, but his journey was far from over. He was still learning, and sometimes life gives you the hardest lessons.

I’m constantly impressed by the animation in this movie. Not only are the landscapes breathtakingly gorgeous (and we get to see a lot more of the world in this film), but the cast’s physical growth is so impressive. The joke that Hiccup got hot in the second installment is more of a factual statement than anything else, and I’d be surprised if there were any legitimate arguments against that.

But while most animated characters tend to look eternally young, we actually get to see Hiccup age! It makes it feel like we’re popping in on an old friend a few years down the line. We’re a part of his journey. It also makes him feel more like a real person, who has to deal with all the awkward parts of adolescence on top of some particularly uncommon circumstances as well.

How to Train Your Dragon 3 was a make-it-or-break-it kind of movie. They had a lot to live up to when it came to meeting expectations, but they also had to find a way to go even bigger than the last two installments on top of finding a way to end this trilogy that felt both final and hopeful for the future.

Not everyone is in agreement that they achieved their goal. Hypable staff writer Brandon Kirby thought it was a beautiful conclusion to the franchise, while Irvin K. thought the very premise of the film was a mark against it. From my headline alone, it’s easy to tell where I stand, though I don’t think either viewpoint is without merit or flaws.

How to Train Your Dragon: The Hidden World was about that final stage of growing up. It was about letting go and moving on, in more ways than one. Hiccup still had to deal with his relationship with his dad, despite the fact that it had been tragically cut short, while also living with the legacy Stoick left behind during his time as ruler of Berk.

I don’t believe in putting away childish things. This franchise is a testament to that. There’s a purity that comes with experiencing childish things even as an adult, and How to Train Your Dragon is clear proof that art and life have layers. Sometimes you have to wait until you’re older before you can go back and explore all of them properly.

Hiccup had grown up so much before the third film opened, and we were lucky enough to see him continue that journey during The Hidden World. He embraced his father’s legacy and the responsibility that came with ruling a kingdom. The love he had for his people and their dragons was as vast as Stoick.

But with life comes loss.

This time, it wasn’t about reacting to and dealing with the loss of a parent. This loss was voluntary, but that didn’t make it any less painful. When Hiccup decided humans and dragons needed to live apart once again, he was giving up what had become a major part of his life. He did not do it lightly, though he did it out of love.

It does feel strange that Hiccup worked toward integrating humans and dragons for two whole movies (and several years) only to separate them once again in the final installment. I wish the ending could have been different, though I don’t necessarily think it was the wrong choice. The dragons would have always been a target for humans if they had continued to live side by side.

The world just wasn’t ready for them yet.

It’s unfortunate that this is the lesson we’re left with at the end of HTTYD 3. When it comes to humans and nature, the goal is to live together in harmony, neither one taking more from the other than necessary. But humans are a virulent species, and we often learn our biggest lessons in the hardest ways. Dragons are powerful, dangerous creatures. They’re also highly intelligent and loyal. This combination means dragon-human relationships are inherently hazardous. And while Hiccup and Toothless proved the two beings could live side by side in harmony, Hiccup also realized his continued existence in Toothless’ world meant he was holding his dragon back from living out a fully realized life.

Hiccup loved Toothless, but he had to let him go.

It wasn’t an easy decision, but it was the best one for both of them. And How to Train Your Dragon 3‘s ending proved it was also the right one.

Each movie marks an era in Hiccup’s life that is valid and important to explore on screen on its own, but when all three journeys are put together, you truly have something special. It can help children accept themselves and the challenges they’ll face in life, while also aiding adults in exploring their past and the current role they play in our society.

Is each individual How to Train Your Dragon movie perfect? No. For one, it could have pushed the boundaries of representation. But when you view them as a whole, you have a franchise that explored life’s challenges and mysteries with a fantastical and nuanced touch, which remained simultaneously entertaining and educational.

We grew alongside Hiccup, we felt his loves and his losses, we understood his responsibilities, and we craved his freedom as he rode atop his dragon. Movies are meant to give us an escape as much as they are to help us understand the world around us, and How to Train Your Dragon did that and so much more. 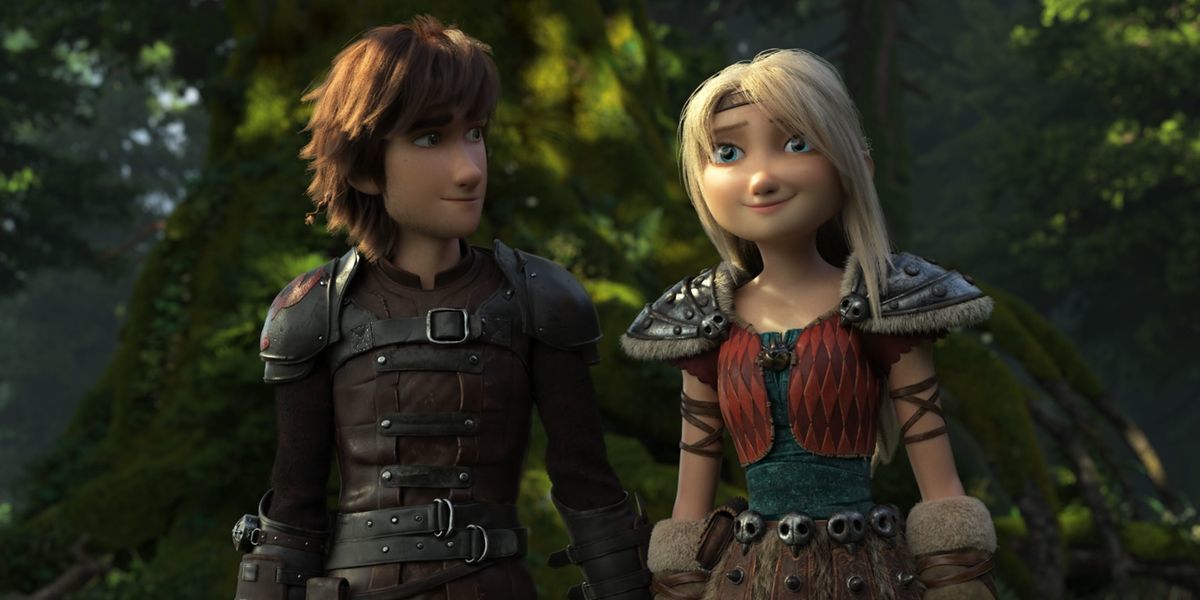 What did you think of ‘How to Train Your Dragon: The Hidden World’?