It’s officially been over a decade since the Harry Potter film franchise released its final film, but the best (and worst) moments from the movies have been far from forgotten. We have both copious rewatches and the iconic nature of these Harry Potter scenes to thank for the fact that we just can’t seem to get them out of our heads!

While the entire movie is basically burned into the brains of fans, we’ve picked out 10 of the most unforgettable moments from Harry Potter and the Deathly Hallows: Part 2 These are the scenes we’ll always remember when we think of the film.

The Gringotts heist was a perfect kick-off to the action of Harry Potter and the Deathly Hallows: Part 2 and it’s absolutely packed with memorable moments. While it definitely deviated from the book’s chapter in several ways and raised some questions on exactly how polyjuice potion works, it was undoubtedly one of the most exciting scenes in the movie, and set a great tone for what was to come. 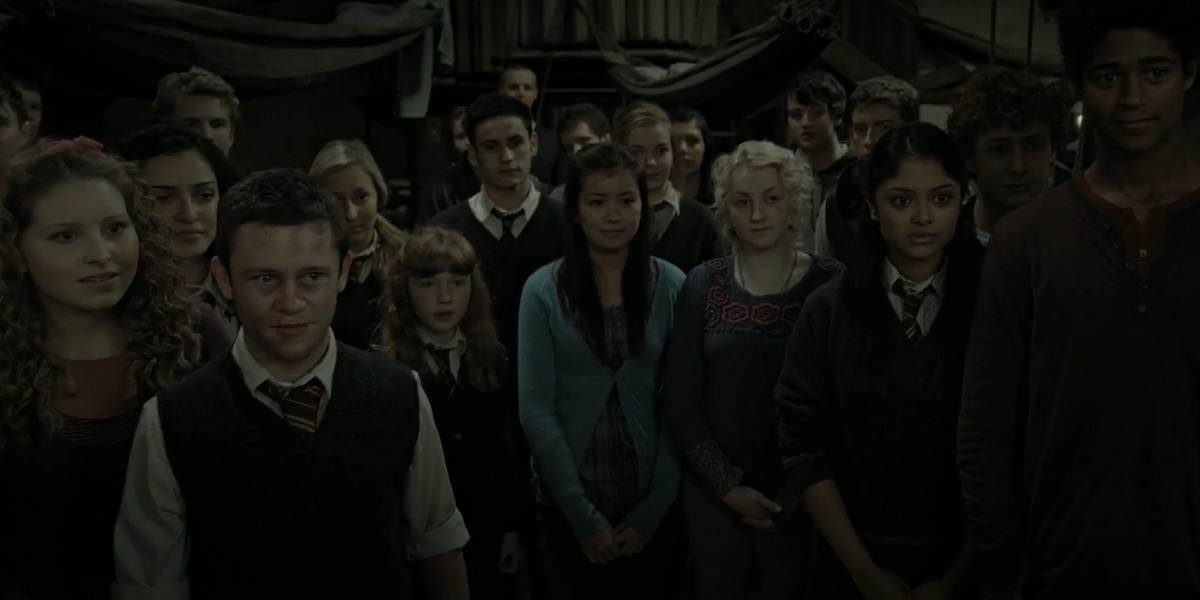 Fans really, really missed Hogwarts in Part 1, so it felt like a sigh of relief when the trio returned to Hogwarts in Harry Potter and the Deathly Hallows: Part 2. Even though the trio showing up in the room of requirement is slightly less epic then Harry appearing in the great hall among all the students, it will always be the scene that makes my heart the most happy.

It’s the scene where we realize how hard the Hogwarts students have been fighting and what they’ve been up against, and how they’re willing to do whatever it takes to help. It’s the scene where Ginny is reunited with Harry (and Ron). It’s full of familiar faces and the characteristic humor of Seamus and Ron. It’s a rare moment of joy in a pretty intense film, and it will always be one of my favorite scenes in Deathly Hallows: Part 2!

The most awkward hug of all time 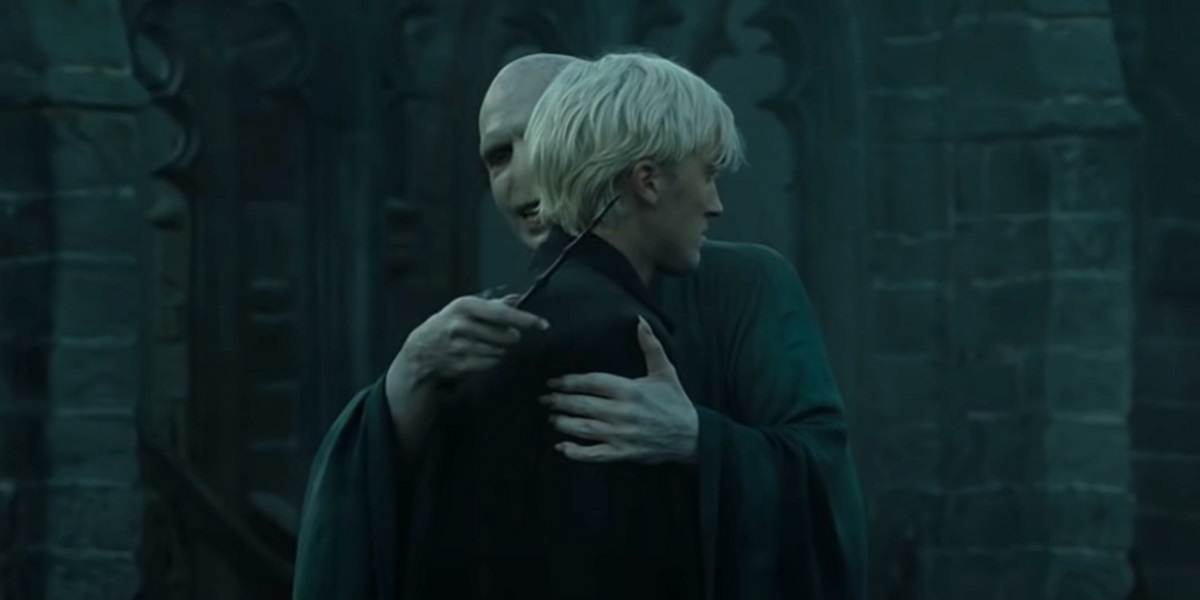 This is one of those scenes that is memorable for all the wrong reasons. When Voldemort appeals to the Hogwarts students and Draco reluctantly joins his side along with his parents, Voldemort does the least Voldemort thing ever and gives Draco an extremely awkward, extremely unreciprocated hug.

It was one of those movie moments that went completely against what the book characters would do, and it stands out in such a cringeworthy way because of it. I can’t help but wonder what they were thinking every time I see it or think about it. Fortunately, we’ll always have this amazing tweet from Tom Felton to make it just a little bit better.

Pretty proud to say I'm probably the only kid that ever hugged Voldemort. Even if it was awkward #voldemorthuggedme

The hands that never quite touch 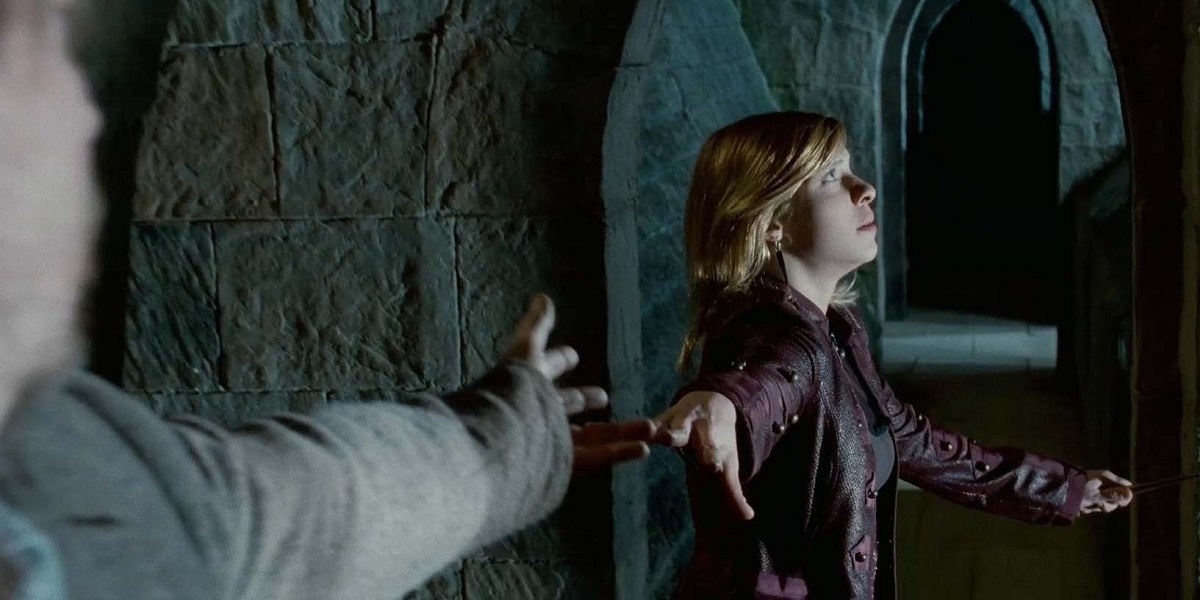 The Battle of Hogwarts was definitely not without its casualties. Of course Fred Weasley’s death stands out to everyone, but the Harry Potter and the Deathly Hallows: Part 2 moment that haunts me the most is the hands of Lupin and Tonks reaching out for each other, both in life and in death.

While we never got enough of the Lupin and Tonks relationship in the Harry Potter movies, this visual choice adds an extra pang to their deaths and the end of their love. It makes their sacrifice completely unforgettable.

The ‘Harry Potter and the Deathly Hallows: Part 2’ chamber of love 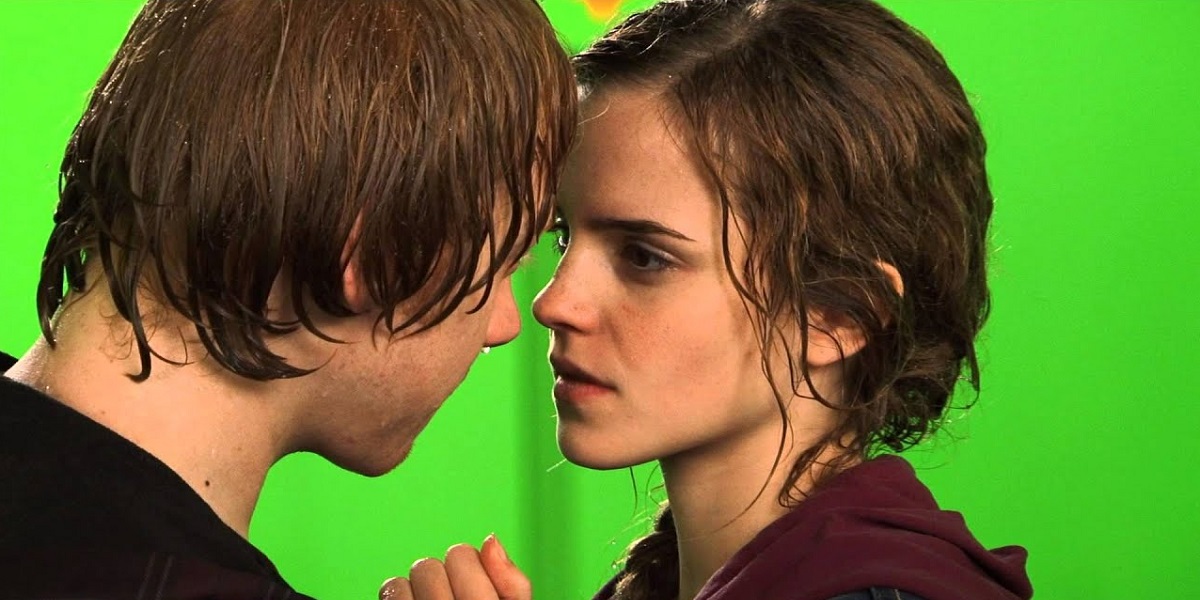 This certainly isn’t the Ron and Hermione kiss that we got in the Harry Potter books, but it was a very satisfying break in the building tension between Harry’s two best friends. The kiss was given extra gravitas considering what Ron and Hermione had just accomplished in the Chamber of Secrets, and the laugh they shared afterwards was such a cute moment and made the whole scene even better, showing that they also think it’s crazy that it’s taken this long for them to get together!

‘Not my daughter, you BITCH!’ 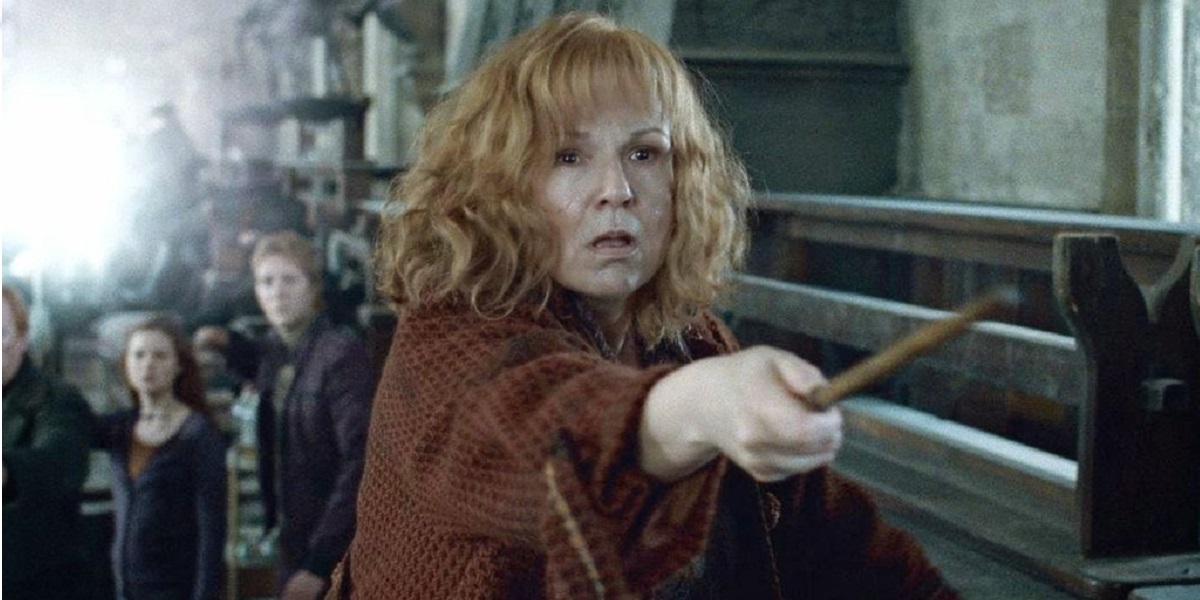 Some Harry Potter and the Deathly Hallows: Part 2 scenes have made this list because of how different they are from their literary counterparts, but this is one that’s unforgettable because of how well executed it was from page to screen. Julie Walters delivered the line with every bit of maternal strength she had in her, making it such a satisfying end to Bellatrix’s cruelty. We’ll even take the weird shattering effect that happened to Bellatrix, as it made her death seem extremely final and powerful. 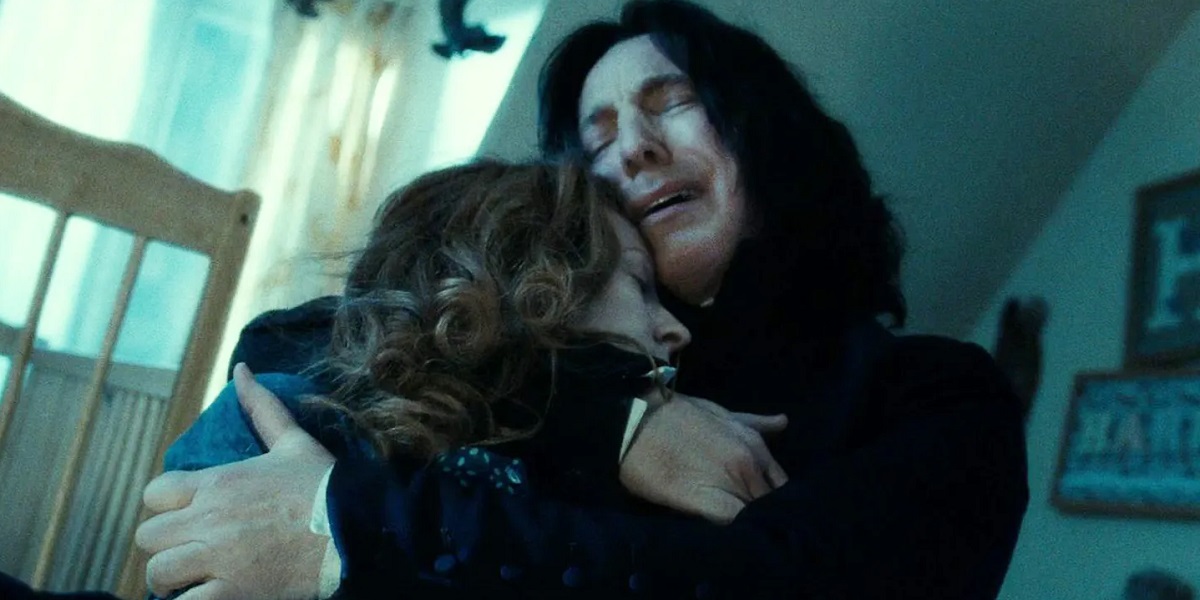 Following Snape’s death, Harry viewing Snape’s memories is one of the most powerful scenes in both the Harry Potter books and the movies. I mean…”After all this time? Always.” Need I say more?

This scene serves as Snape’s redemption and Harry’s realization of what he has to do. It basically unpacks the whole series and leaves you with so much to think about and a foreboding feeling for what’s to come. The Harry Potter and the Deathly Hallows: Part 2 movie executed this scene so well, making it extremely memorable.

‘I open at the close’

Harry Potter is reunited with his lost loved ones before he goes to his death and it’s a much more meaningful scene then when the killing curse is actually cast by Voldemort. Harry’s family has meant everything to him, and he’s been through so much by this point. This scene makes it feel like his fight could be over, but there’s peace and love waiting for him.

It’s an amazing final send off to the characters that appear from the resurrection stone, and a great ending to Harry’s long walk to the forest to meet his fate. Even if his fate isn’t what he’d assumed! It really says something about Voldemort that the two times he actually touched someone both land him on this list. This time, it’s for that egregious face grab between Harry and Voldemort in their final battle. The thought of these two wizards physically touching one another just felt so wrong.

I get what the filmmakers were going for with their faces combining as they fell, since their paths have been so intertwined, but it’s still a really weird scene, and doesn’t really come close to how impactful the final battle between Harry and Voldemort was in the Harry Potter books.

The ‘Harry Potter and the Deathly Hallows: Part 2’ epilogue

If only because it’s the last scene of the entire Harry Potter movie series and the only scene that takes place in the future, the Harry Potter and the Deathly Hallows: Part 2 epilogue makes the list. I’ll always wonder why they made certain esthetic choices in aging up their actors, but the scene was still a great full circle moment for Harry, sending little Albus Severus off to Hogwarts.

Seeing the trio for the last time, with just a small glimpse into their futures, makes the epilogue one of the most unforgettable moments in the series.