Here’s why reducing Harry Potter and the Cursed Child to one part for North American audiences feels like changing “philosopher” to “sorcerer” all over again.

After over a year hiatus, Harry Potter and the Cursed Child will finally be returning to Broadway on November 16, 2021! The good news was shared on the show’s official Twitter account, along with a shocking revelation regarding its return.

It’s time to believe in magic again! #CursedChildNYC is returning to Broadway as one singular performance! Performances begin at the @lyricbroadway on November 16. Sign up for our newsletter to get first access to tickets: https://t.co/XYSDzuUYdY pic.twitter.com/qkHSN6pQCc

That’s right. When Harry Potter and the Cursed Child returns to stages in New York and San Francisco, and debuts in Toronto, it will be condensed from its original two-part format into a one-part play! Tickets for the single evening and matinee performances will be available on July 16, with a pre-sale beginning on July 8.

A press release was also issued to further explain the news, stating “Harry Potter and the Cursed Child originally cast a spell over the world as an epic two-part event. Now, the show has been boldly restaged as one singular performance by the award-winning creative team for its return to North America. With just one ticket in hand, audiences will enjoy all the adventure the continuation of Harry’s story entails in one magical afternoon or evening.”

Cursed Child producers Sonia Friedman and Colin Callender commented on the change, saying “though the global shutdowns were awful and devastating on so many levels, they afforded us, as theatre-makers, the rare opportunity to reunite with our award-winning creative team, who fully embraced the challenge of creating a new single[-]part version of the play that would be a compelling theatrical experience in its own right and stand shoulder to shoulder with the original two-part version.”

“It’s been the most wonderful process of rediscovery to bring this new spectacle to life while still delivering all the amazing magic, illusions, stagecraft, and storytelling set around the same powerful narrative that has enthralled audiences and critics alike.”

Of course, this move has a few obvious advantages. First of all, if you’re not local to one of the cities where the show runs, it will be nice to avoid setting aside two nights or a full day of your vacation to see the show. Also, it will be amazing to not have to purchase two pricey tickets and still be able to enjoy the full show! 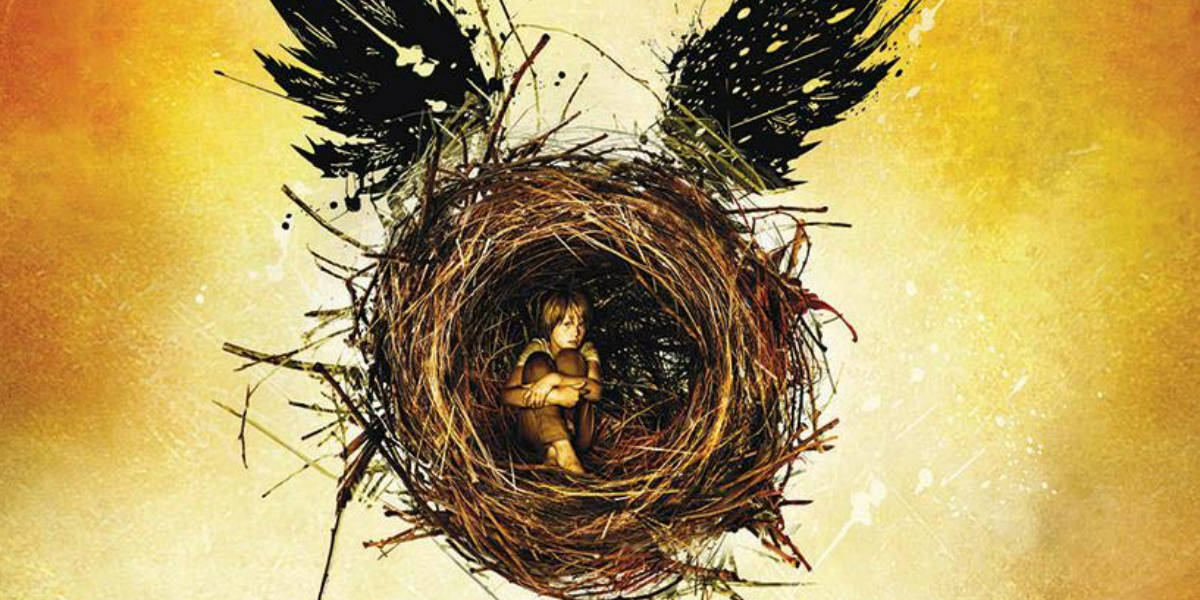 Unfortunately, in my opinion, that’s where the good news stops.

As all Potter fans know, the story of Harry Potter and the Cursed Child wasn’t exactly well received by many fans. Without getting into spoilers, the story took the open world full of endless possibilities and hope that the seven books sent our favorite characters off into and closed it off into a world that felt a lot less magical and at times, kind of depressing.

Harry Potter and the Cursed Child also made some worrisome insinuations about a few of the characters we came to know in the original series that fans have hotly debated. From Hermione’s carelessness, to Harry’s parenting, to Voldemort’s desires, to Cedric’s nature, many characters didn’t fare as well as fans had hoped.

While the Cursed Child story is problematic for some, if not most fans, the stage show still holds so much of the magic that we fell in love with in the Harry Potter series! On-stage illusions built into dance numbers, theatrical elements that put you right in the middle of the story, and the chance to sit in a room with embodiments of your favorite characters made this a show that was well worth seeing. All 5+ hours of it!

While there are Broadway plays and musicals that reach four and five hour run times in one sitting, that’s far from the norm. The typical play or musical lasts between 90 minutes and two-and-a-half hours, including intermission.

Harry Potter and the Cursed Child currently runs for five hours and fifteen minutes, spread out over two performances. This means they’ll likely be cutting more than two hours of content from the show, and I can’t help but think that reducing Harry Potter and the Cursed Child to one part will take away everything that makes the stage show so much more than its controversial story.

Besides the fact that North American audiences will now be seeing a different show than the rest of the world, there are several things I’m fearful they will miss out on with this new format. Here are three reasons why I don’t think Harry Potter and the Cursed Child should be reduced to one part for North America. 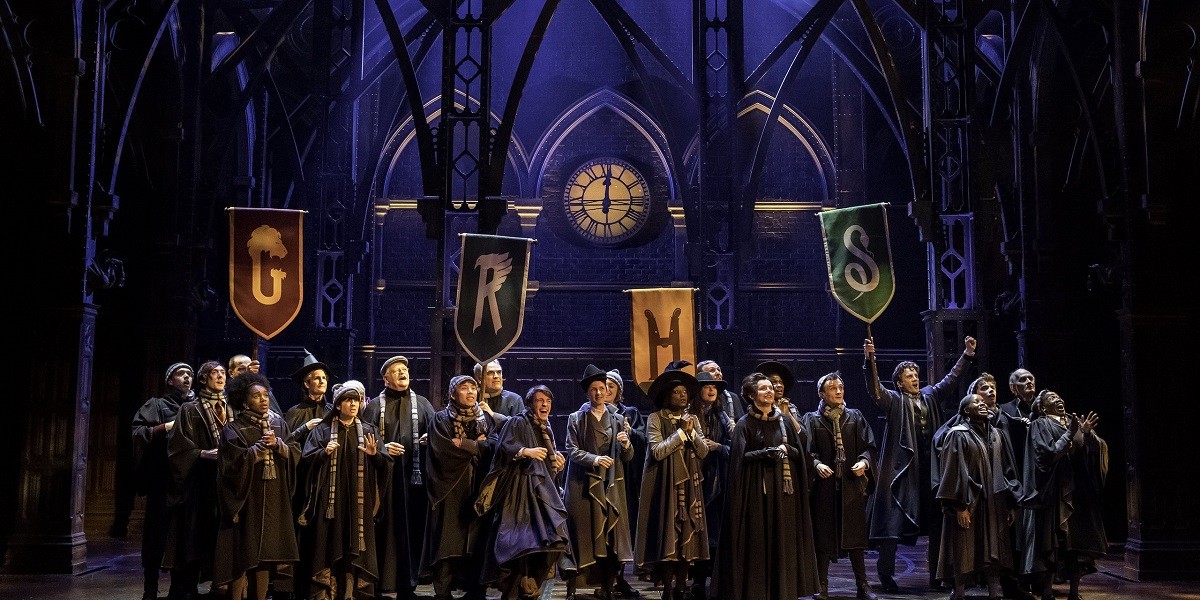 As I said before, so much of what’s great about Cursed Child is the magical effects that are built into the stage production. So many of these are built into choreographed numbers or structured around intermissions, and these will doubtlessly be reduced when the show becomes a single part.

Quite honestly, these magical elements are the only reason I would highly recommend going to see this show live. It’s what sets it apart from the many other offerings on Broadway or in other theater districts. Magic is kind of what makes Harry Potter what it is, so the fact that they were able to incorporate so much of it into the show was amazing.

Yes, Friedman and Callender did promise “all the amazing magic, illusions, stagecraft, and storytelling” of the original, but with fewer time and breaks and the fact that they have a big story to tell, it will likely seem far less magical. 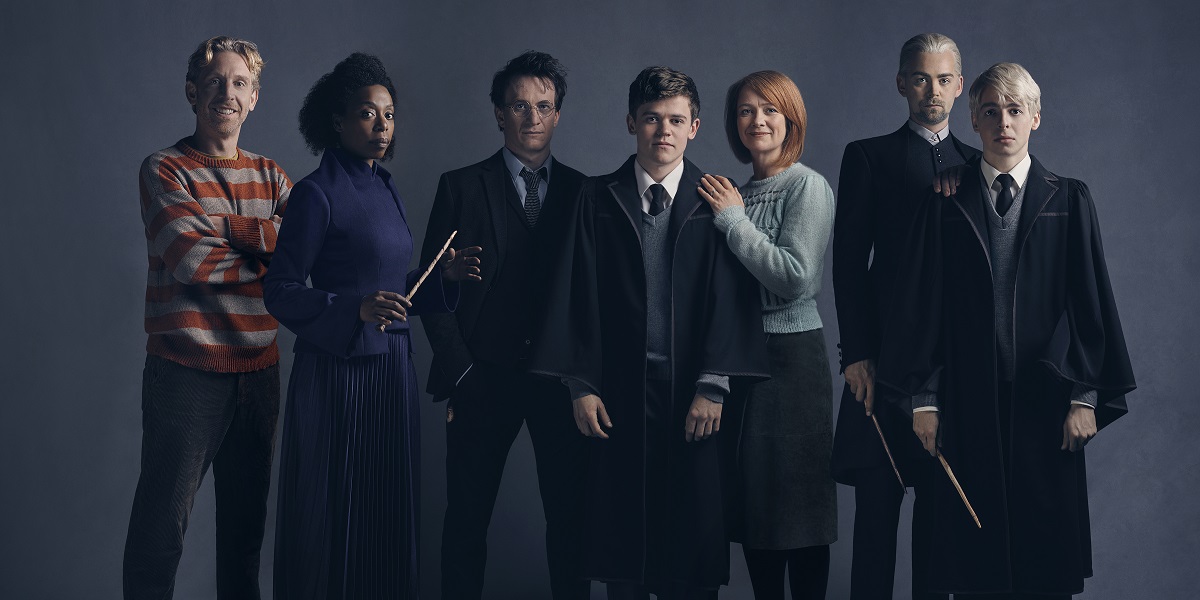 One of the coolest things about Harry Potter and the Cursed Child was that it continued the stories of some of our favorite characters from the series. Harry, Ginny, Ron, Hermione and Draco all featured alongside their children. Ron ramped up his comic relief to a whole new level, and Draco got some sorely needed redemption.

That being said, the main story focuses around the children of these characters at Hogwarts. Even though the original characters are important, they’re usually on the periphery, serving to discuss and add depth to the plot rather than being at the center of it. If Cursed Child hopes to get through their complicated story in a single part, it’s likely that we will also lose some great moments with the characters we came to see.

A big focus of the story is the relationships Harry and Draco have with their sons, so that likely won’t be affected, but I’m worried there will be much less Ron and Hermione in the revamped version. And you just can’t have Harry Potter without the trio!

The development of ‘Harry Potter and the Cursed Child’s’ ‘Scorbus’ 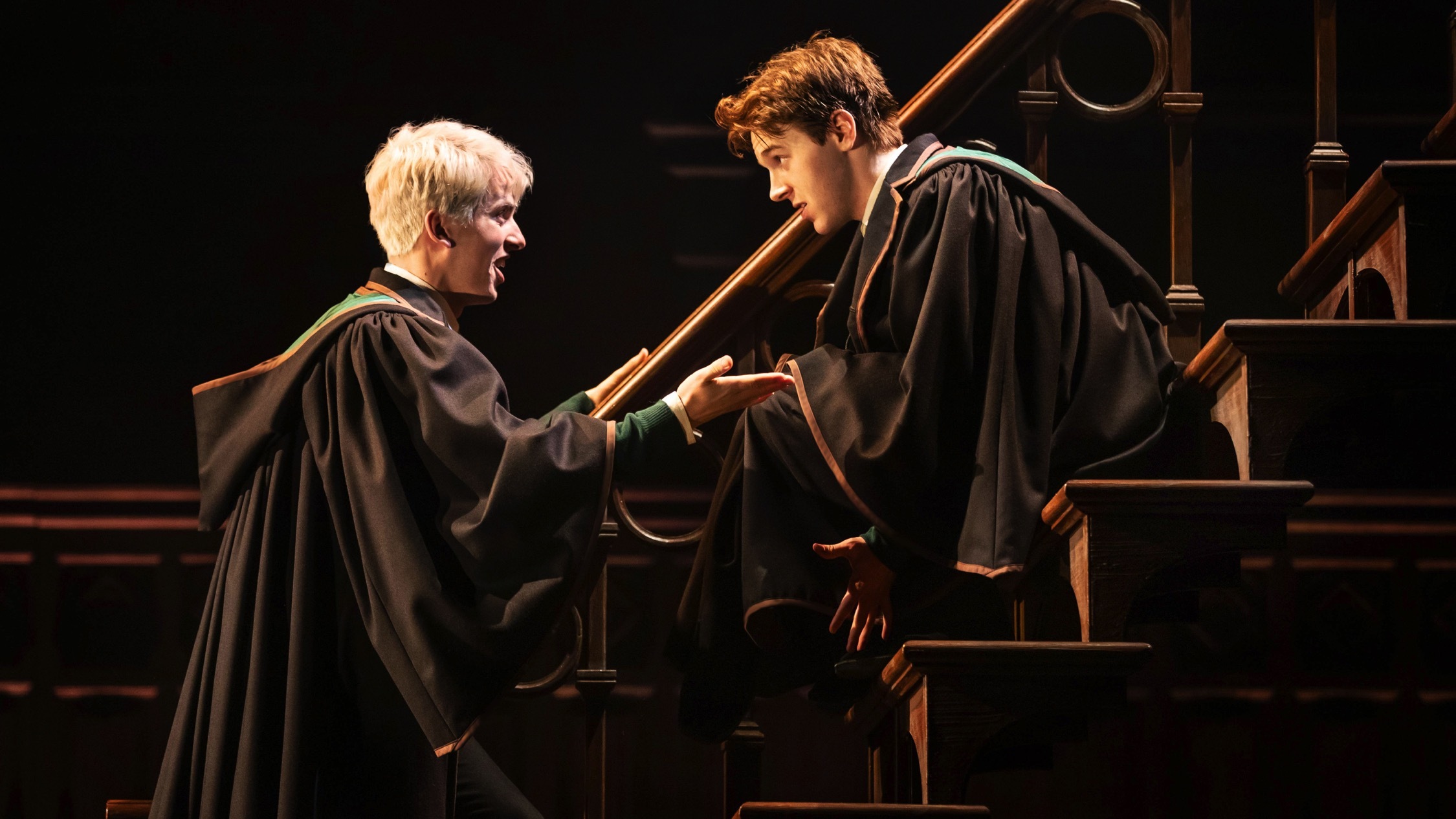 There were certain things I knew I would love about Harry Potter and the Cursed Child before I even read or saw it, but my favorite thing about the story turned out to be a complete surprise.

Most of the story centers around Scorpius Malfoy and Albus Severus Potter and their relationship. Many have chosen to interpret this relationship as being deeper than friendship, and with the stage show that currently exists, it’s easy to see why. There is so much amazing relationship building done with these characters in the show that adds so much to the production and the story.

On top of that, Scorpius as a character is easily the best thing to come out of Cursed Child. He’s funny, smart, kind, and just a complete delight to watch and read. My hope is that his character, and the “Scorbus” relationship is not damaged by the play’s reduction. My fear is that it will completely retcon any possible interpretation of Scorpius and Albus being more than friends. The Harry Potter and the Cursed Child team hasn’t generally been welcoming of the theory, and this could be their chance to set things…well, straight.

There’s one scene in particular that artistically represents an important moment for the pair that I’m very worried will be cut due to its length and the fact that it doesn’t necessarily drive the story forward. The two part play leaves so much room for these characters to develop, and it will be a real shame to lose that.

Of course, if you’re also worried about these changes and you’re lucky enough to live in or be visiting London, Hamburg, Melbourne, or Tokyo, you will still be able to see the two part play in its entirety. At least for now. As for North American audiences, we’ll just have to wait to see how reduced the play is, and what they choose to change when theaters open back up!