The 100 season 7 will be the CW sci-fi epic’s last. Fittingly, its series finale will be its 100th episode.

Days before The 100 season 6 finale, showrunner Jason Rothenberg announced on Twitter that the series will conclude with its upcoming seventh season, which is expected to premiere in spring 2020.

With #The100 Season 6 finale just days away, I have some bittersweet news to share: Season 7 will be our last. We are eternally grateful to WB & CW for always allowing us to tell our story the way we want to & to wrap the show on our terms. What an incredible ride this has been!

It was previously announced that season 7 would have 16 episodes, bringing the total episode count to an exact 100. This made a lot of fans, including myself, suspect that this was indeed the end; certainly, it must have been hard to resist such an auspicious final episode count! It really will be ‘the 100’ after all.

But even beyond the math reasons, this feels right. Seven seasons is an impressive and fitting amount for any television series, and while the story of The 100 could theoretically go on for infinity, it’s always better to end while the story and vision are still strong. And in its sixth season, the story is certainly still very strong, which is more than can be said for a lot of other long-running series.

The 100 season 6 has felt like a reinvigoration of the story we love, bringing the focus back to core dynamics even while outdoing itself in terms of introducing new worlds and characters.

Evidently, six years into its tale, The 100 is still able to reinvent itself and keep its premise fresh, and I’m happy it will end on such an adrenaline high rather than in a slump of exhaustion, all the magic and ingenuity wrung out for the sake of a meaningless more.

We’ll definitely have a lot to talk and theorize about in this final hiatus, and based on what the sixth season has set up, The 100‘s final season will be anything but boring! 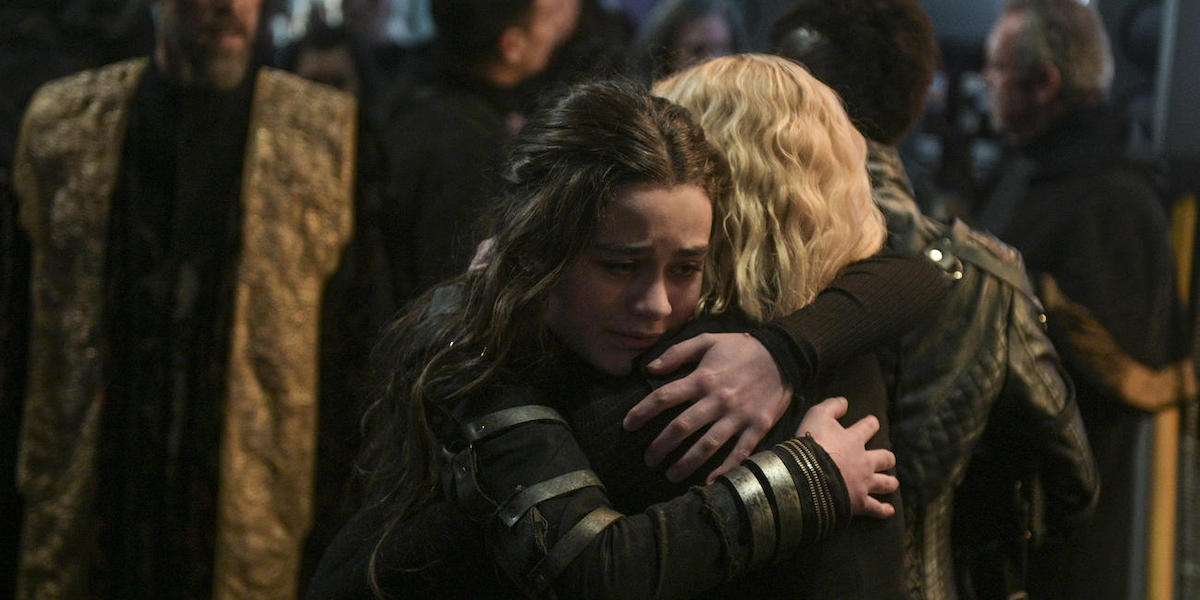 And as bittersweet as it may be to think of the show ending, I never wanted this story to keep going so long that we all got sick of it; I want to leave this series behind wanting more because I enjoyed every moment of what I got, but I also want to leave it knowing that it ended on its own terms and that I got to experience the story in its entirety the way it was meant to be told.

After all, isn’t that the lesson season 6 has taught us? A story must have an ending to feel real and meaningful, and to be remembered. And if the writing team can stick the landing in season 7 and wrap up the character and relationship arcs in satisfying ways, The 100 will be remembered as one of the best, most evocative and most satisfying sci-fi series of our time.

And no fan can ask for a better conclusion to their favorite story than one the creators decide and control. Whatever ending The 100 gets, it’ll be the one Jason Rothenberg and his team intend for it to have. As someone who has followed this show through all the highs and lows and fiercely supported the writers’ right to tell the story the way the story needs to be told, that’s all I ever wanted for them. 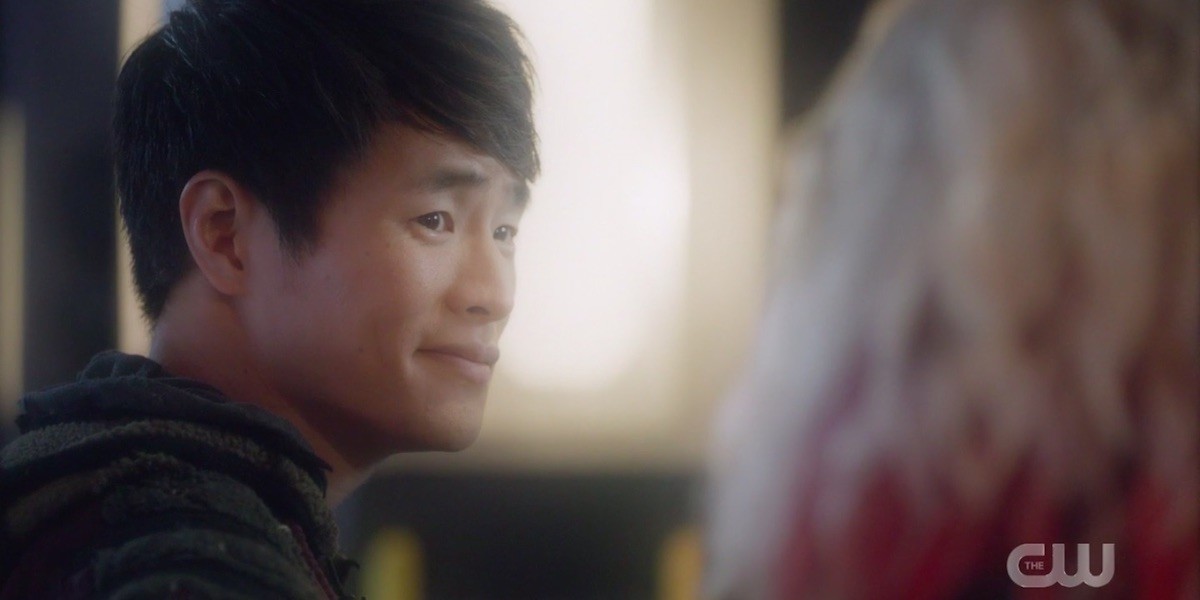 The 100 is a one-of-a-kind serialized story that I often marvel is even allowed to exist on network television, and I appreciate The CW for letting it expand the boundaries of what the story can be in its own unique way, exploring possibilities, making mistakes and learning from them and trying new things as it goes along.

This show has always brashly pushed itself past its own limits, challenging itself to dig deeper into its core premise of humanity, morality and us/them conflicts. Each season has managed to feel completely different from the one before while exploring the same basic story threads and forcing its characters to swap places and re-examine their own perspectives from former enemies’ points of view.

Hopefully, the series finale will leave us feeling just as this announcement has: sad that the story is over, but glad that it happened and that we all got to take such an active, involved part in it while it was still airing live. 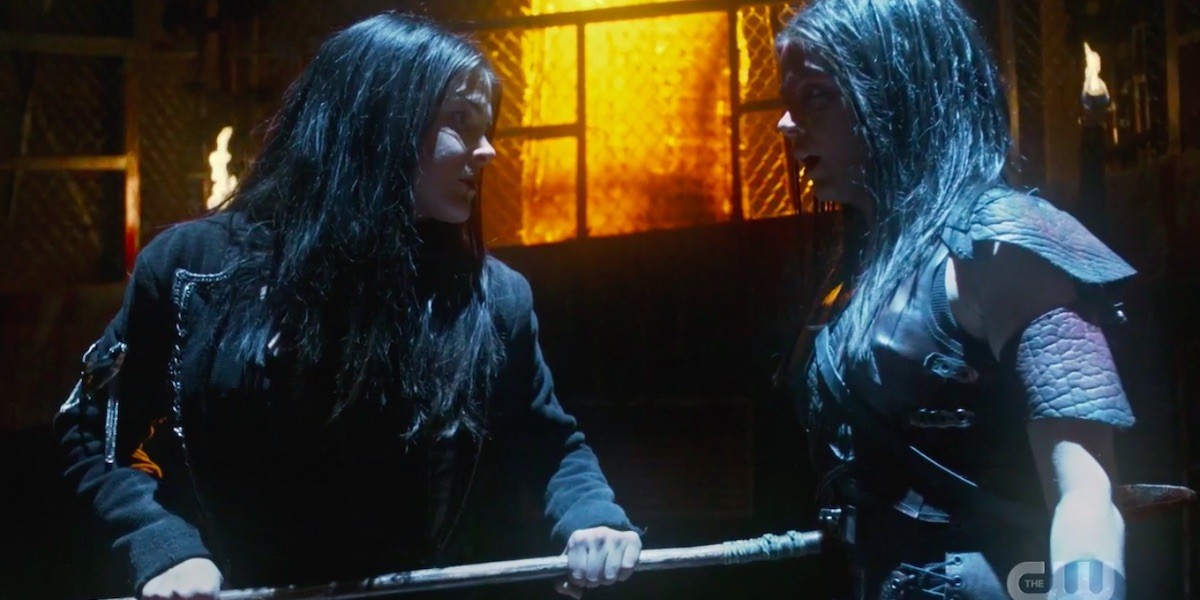 Because while new fans will continue to discover this show on Netflix, and while I envy those that will get to binge the whole show as one piece, nothing will ever top the experience of watching live and participating in fandom. The 100 is a story about humanity and community, and that is exactly what it has inspired in its viewers.

Actors and fans have taken initiatives for charity and kindness. Lifelong friendships and relationships have been formed along the way. Reviewers like Yana Grebenyuk, Sam Coley, April Le, Toni Maggio; YouTubers like Jaclyn and Marcella, Simple Reactions and LM Reactions; podcasts like The Afictionados, May We Geek Again and Meta Station and fans on Tumblr, Twitter and reddit have contributed to the experience of the show in such major ways.

Fanfiction authors and video editors and meta writers and crafters and convention organizers have expanded the story in so many valuable ways beyond the text itself; The 100 has sparked so many ideas and inspired so much art and creativity and kindness, and for that alone, this series can be proud of what it has brought to the world.

For myself, I know that my own worldview and sense of self and experience of story have been challenged and irrevocably altered over the past five years, both because of the show itself and because of my experiences in fandom. The 100 changes and evolves every season, and I’ve found my approach to the series and opinions about it evolving right along with it.

I’ve thought so much about story and character and perspective over the course of watching and reviewing this series, and I’m not yet sure what to do with all of my newfound ideas and worldviews, but I know this show has expanded my horizons as a viewer and writer, and for that I’m grateful.

I’ve only ever cared about a handful of other stories as much as I care about The 100, and I doubt I’ll ever feel as closely emotionally connected to any piece of media again. 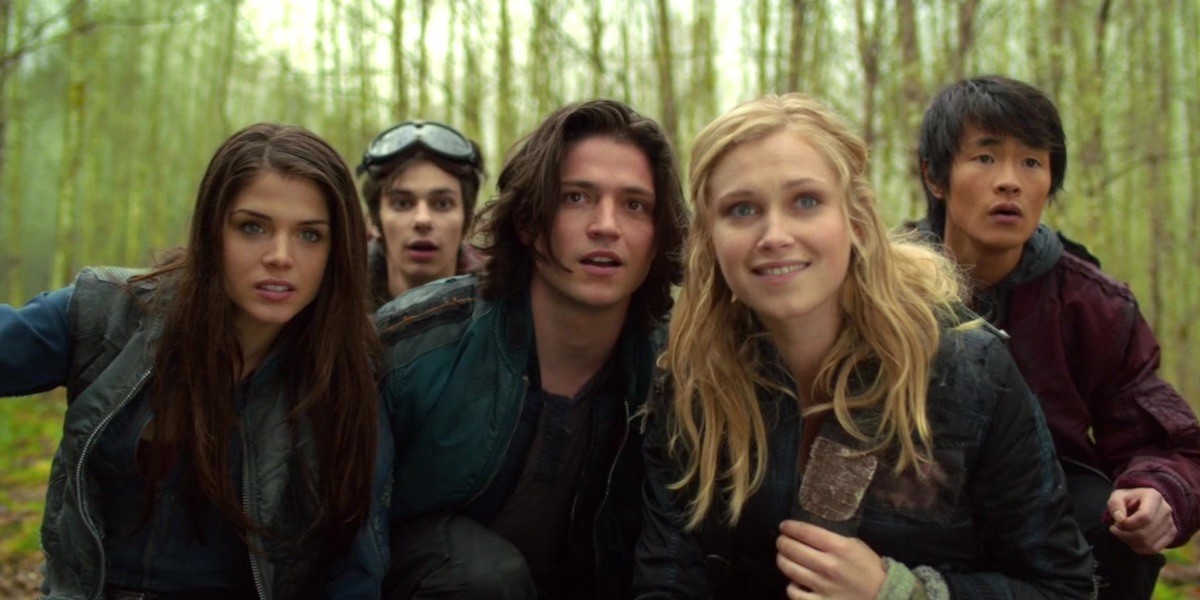 When all is said and done, we’ll remember a story about Clarke Griffin, one of the most real and complicated and strong and uncompromising lead female characters in television history. We’ll remember Bellamy Blake and Octavia Blake, Raven Reyes, John Murphy, Marcus Kane, Abby Griffin, Monty Green; we’ll remember Jasper, Lexa, Lincoln, Harper, Roan, Wells, Anya, and everyone else who burned so fiercely and made such an impact on the show in both life and death.

We’ll remember how much we cared about all of these characters and their relationships and how fiercely we took their sides and how desperately we wanted them to find even a sliver of happiness in the cruel world they lived in. We’ll remember how much emotion and investment The 100 evoked in us, for better and sometimes for worse. We’ll know that it all came from a place of caring.

And when the end comes, whatever that end is, we’ll remember how hard our heroes tried to be better and do better and to find whatever happiness they could in a world that for better or worse reflects and amplifies the current bleakness and hopelessness of our own.

And once it is all over we will, hopefully, be left feeling inspired by this story to try to be better ourselves and to make the real world a better place than we found it. We’ll have learned the lesson that love is not weakness, that giving up or giving in is not the answer, and that we each have the power to shape our own narratives.

Everyone involved with The 100, from the writers and directors to the cast and crew and all the fans that have contributed to the conversation through the years deserve a massive round of applause and every accolade imaginable. This series is a massive achievement in serialized storytelling, and seven seasons is a fantastic accomplishment.

The 100 has always existed on its own terms, and it’ll end that way, too. This is the best outcome a television series and its fandom could ask for, and I am nothing but grateful. Thank you for giving me so much to think and talk about, and I look forward to seeing this incredible, evocative story through to whatever end.