We use cookies to ensure that we give you the best experience on Hypable. If you continue to visit us, we will assume that you are happy with it.
3:30 pm EDT, June 4, 2019

‘Godzilla: King of the Monsters’ delivers a titanic smorgasboard of visual delights

It wasn’t hard for Godzilla: King of the Monsters to exceed my expectations, and this movie did that and more, giving me another great night at the theater.

There are thousands of reasons to flock to the movies, and even more reasons why a movie may or may not strike your fancy, but it only takes one to be a positive experience.

Sometimes we go to the movies to be moved, sometimes to be wowed, sometimes to be intrigued, inspired, entertained, impressed, or just to simply be. When I bought my ticket to Godzilla: King of the Monsters I was simply looking to watch a bunch of titanic creatures do battle, and maybe find a human element to enjoy as well.

My low expectations may have made it easy for Godzilla: King of the Monsters to exceed them, but I think everyone can find something to appreciate when walking out of this movie. 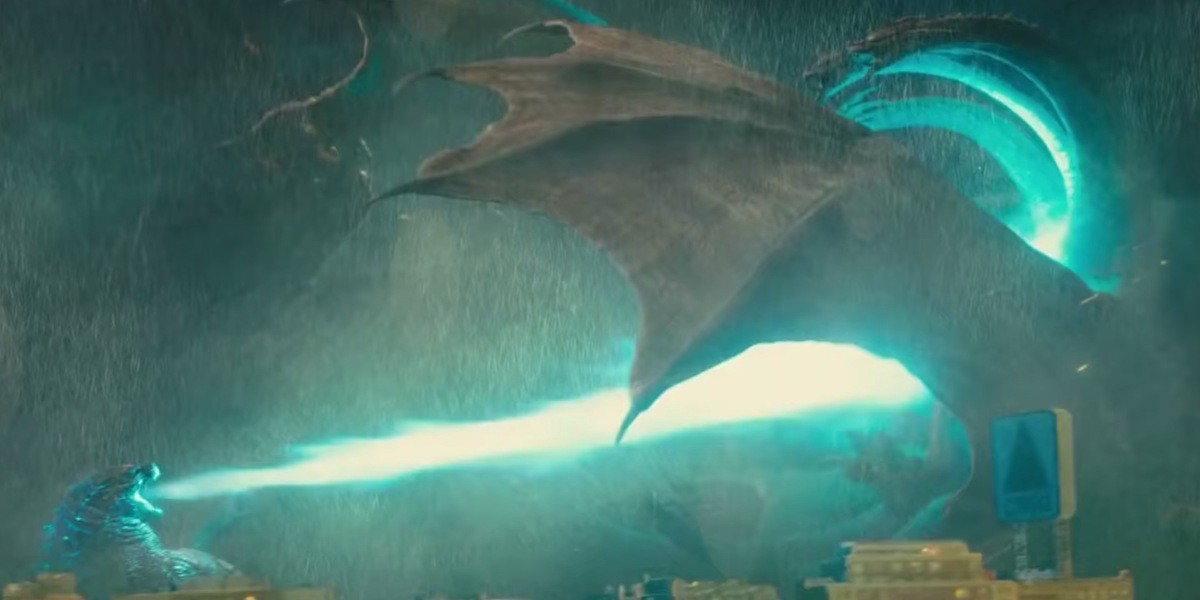 I want to start with the absolutely incredible visuals that the camera would linger on for a long as possible. These grand spectacles are part of what enticed me to want to see this movie in the first place. There were hints of the spectacularity of the visuals in the trailer, but, for once, a trailer didn’t completely give away all the best parts.

Seeing Godzilla glow blue as he stomps his way across familiar skylines, watching Mothra radiating light and hope as she hovers over the open sea, bearing witness as the humans dive deep to discover a formerly lost and forgotten world were just a few of the supremely beautiful and mesmerizing spectacles the movie brought to the screen.

The grand and impressive scenes are only one part of what makes this movie a fun trip to the cinema. While the human element leaves something to be desired, which I will get to in just a minute, the other aspect that should entice you to give this mega-monster movie a try is the battle sequences. While I enjoyed the last time Godzilla graced the big screen back in 2014, one of the things I found held the film back was too great a focus on the human element and not enough on giving the audience what they came to see: Godzilla kicking monster ass. 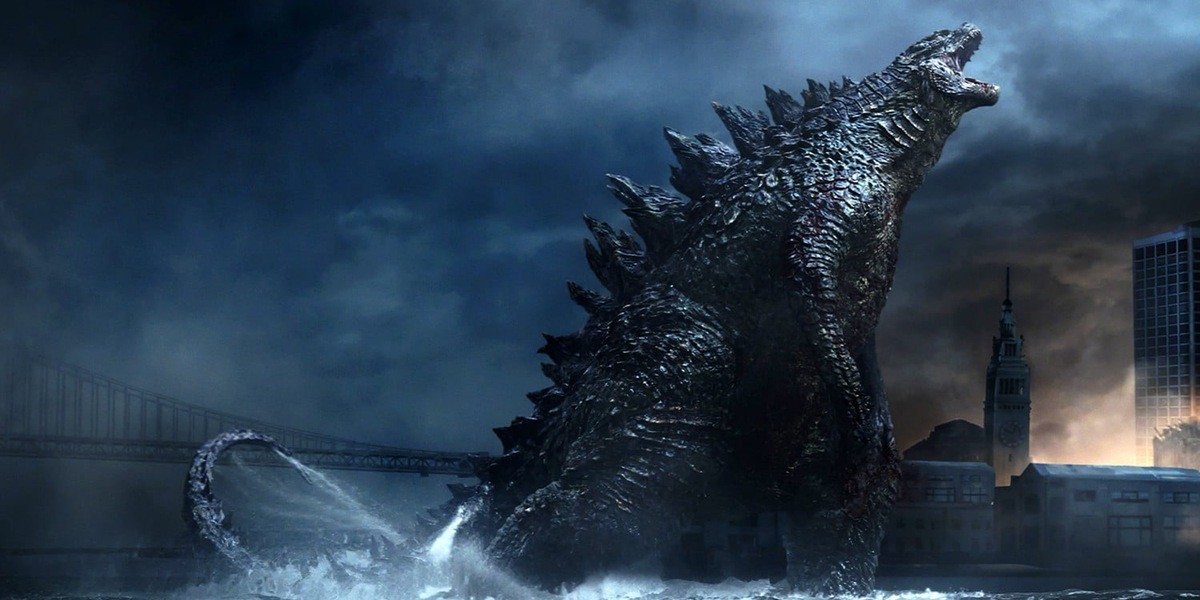 That was not the case in Godzilla: King of the Monsters. We get battle after battle, with multiple players and constantly changing circumstances. There is no shortage of stomping, swooping, and fire-breathing in this monster-filled adventure, and the movie is so much better for it.

Okay, so now for the movie’s major weak spot. The human storyline leaves a lot to be desired. That’s not to say that it’s entirely horrible. There are some redeeming characters that keep the humans from being entirely intolerable. Ken Watanabe’s portrayal of Dr. Ishiro Serizawa is pretty wonderful. The character’s devotion to proving Godzilla to be the ally they need shines through in every scene, balancing the “kill them all” plea coming from a handful of the less-believing main characters. I also enjoyed watching Sally Hawkins and Ziyi Zhang in their roles as agents of Monarch, as each added some serious gravitas whenever they appeared.

The major flaw comes when you get to the motivations and actions of Mark and Emma Russell, played by Kyle Chandler and Vera Farmiga. Their characters are at odds as to how to best handle the titan problem Earth has been facing since Godzilla’s previous appearance stateside. Rather than being a minor part of the film, their conflict, which stems from poorly handled grief on both their parts, is the impetus for why every titan in the world comes to life. 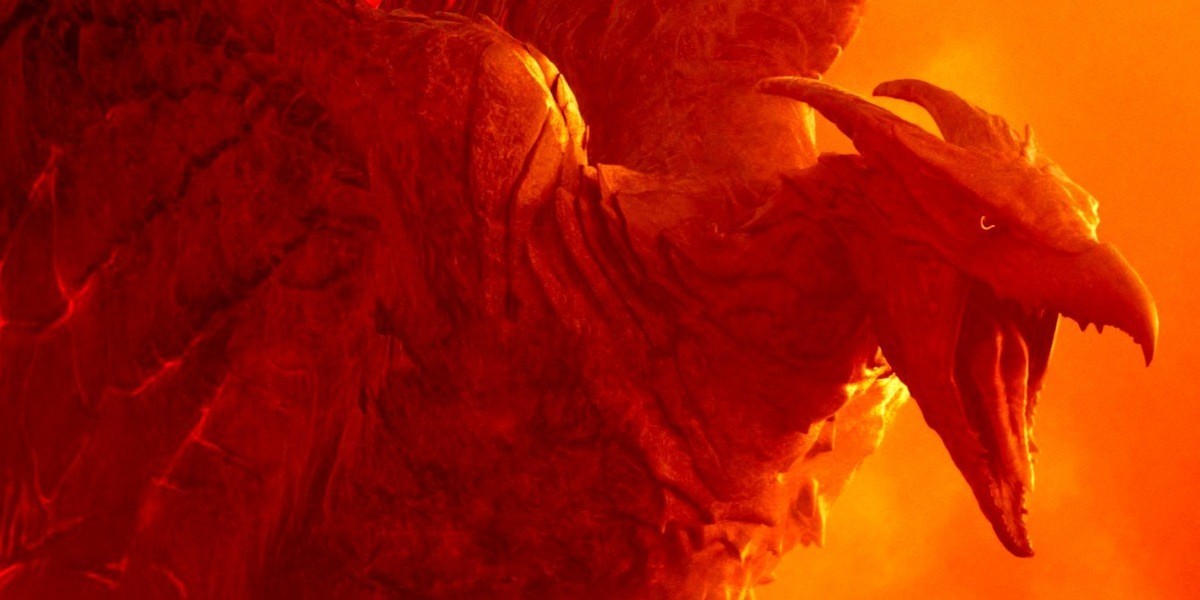 I wish that the screenwriters would have been able to find another way to put Mark and Emma on opposite sides of the battle, especially since they have a very-much-alive daughter who seems an afterthought to the son they lost. They only seem to panic over Madison when she’s in mortal peril, or when it’s convienient to move a character from one place to another. Millie Bobbie Brown does a great job of playing Madison as the child she is, but nothing could save the human storyline from feeling contrived and far-fetched. Especially when Monarch sends an entire squadron into the heart of the heaviest battle to save a single 12-year-old’s life.

All of that said, there’s enough to enjoy here that you won’t regret taking a trip to watch this one on the big screen. It’s grand, visually spectacular, and a good bit of fun, even with its plot-related shortcomings. Anyone who’s giving this movie less than 3 stars either doesn’t know how to have fun at the movies anymore, or is too jaded to appreciate the technical marvel that is the visual brilliance of this film. I am happy to have spent my hard earned dollars for a wonderous two-plus hours at the theater with Godzilla and all his friends.

Following the global success of “Godzilla” and “Kong: Skull Island” comes the next chapter in Warner Bros. Pictures’ and Legendary Pictures’ cinematic MonsterVerse, an epic action adventure that pits Godzilla against some of the most popular monsters in pop culture history. The new story follows the heroic efforts of the crypto-zoological agency Monarch as its members face off against a battery of god-sized monsters, including the mighty Godzilla, who collides with Mothra, Rodan, and his ultimate nemesis, the three-headed King Ghidorah. When these ancient super-species—thought to be mere myths—rise again, they all vie for supremacy, leaving humanity’s very existence hanging in the balance.