‘The Girl the Sea Gave Back’ cover, excerpt provide a look into a stormy future

The Girl the Sea Gave Back by Adrienne Young follows Tova, a young woman who washed ashore as a child and has the ability to see the future.

With such an intriguing title, The Girl the Sea Gave Back needed a cover that was just as captivating. Luckily, there’s no chance this one won’t grab your attention.

As the ocean’s waves crash against her, Tova stands strong and tall, reaching back for an arrow while she looks out at the dark and stormy horizon. 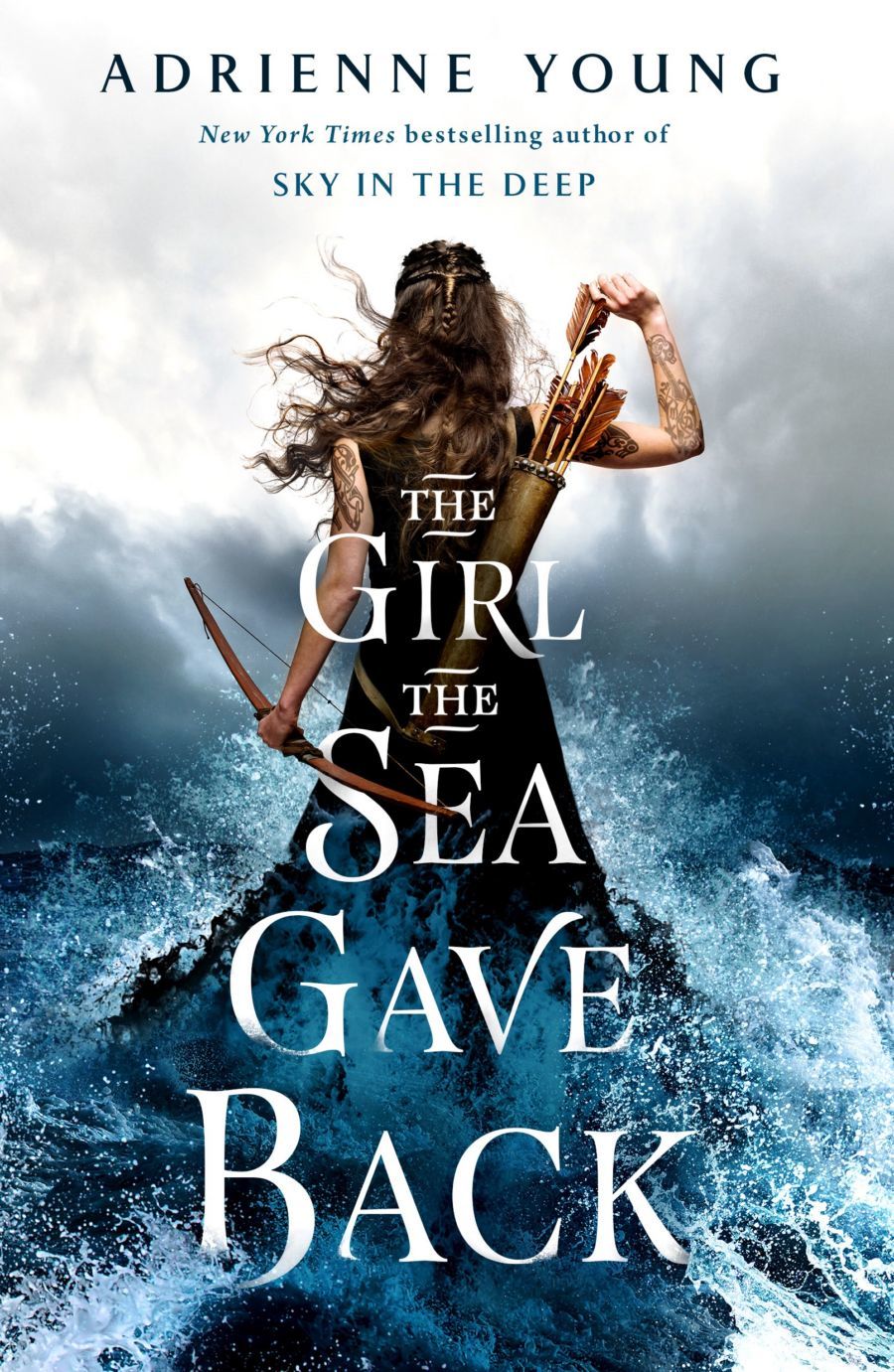 If this book has your interest, be sure to read an exclusive excerpt from The Girl the Sea Gave Back below:

I stepped into the light of the altar fire, feeling the eyes of the Svell leaders crawl over the marks on my skin. They moved aside as I neared them, careful not to touch me, and I took the pelt from the basket as Jorrund murmured a reverberating prayer beneath his breath.

“You tempt the wrath of Eydis, keeping that thing here.” Vigdis murmured, his eyes narrowing on me.

The chieftain’s brother was the only one to say aloud what I knew the rest of them were thinking. That Bekan’s daughter, Vera, had died because of me. When Jorrund brought me to Liera, many said that Bekan would pay a price for the grave sin of letting me live. The morning Vera woke with fever, there were whispers that his punishment had finally come. The Spinners had carved her fate into the Tree of Urðr, but I was the one to cast the stones.

Jorrund ignored Vigdis, setting a bundle of dried mugwort into the flames and the pungent smoke filled the room with a haze, making me feel like for a moment, I could disappear. It wasn’t the first time a Svell had referred to me as a curse, and it wouldn’t be the last. It was no secret where I’d come from or what I was.

I hooked my fingers into the leather string around my neck and lifted the purse from inside my tunic. I hadn’t cast the stones since the night Vera died, and the memory slicked my palms with sweat, my stomach turning. I opened it carefully, letting them fall heavily into my open hand. The firelight glimmered against their smooth, black surfaces where the runes were carved in deep lines. The language of the Spinners. Pieces of the future, waiting to be read.

Jorrund unrolled the pelt and my palms pressed together around the stones.

“Lag mund,” The others repeated.

But what did these warriors know about fate? It was the curling, wild vine that choked out the summer crops. It was the wind that bent wayward currents and damned innocent souls to the deep. They hadn’t seen the stretch of it or the way it could shift suddenly, like a flock of startled birds. Fate’s hand was something they said because they didn’t understand it.

That’s what I was for.

I closed my eyes, pushing the presence of the Svell from around me. I found the darkness—the place I was alone. The place I had come from. The call of the night hawk sounded again and I pulled my thoughts together, sending them into one straight line. My lips parted, the words finding my mouth and I breathed through them.

I held my hands out before me, unfurling my fingers and letting the stones drop until they were scattered across the pelt in a pattern that only I could see, reaching out wide to either side. The silence grew thick, the crackle of fire the only sound as I leaned forward, bringing my fingers to my lips.

My brow furrowed, my eyes moving from one stone to the next. Every single one was face-down, the runes hidden. Except for one.

I bit down hard on my bottom lip, looking up to see Jorrund’s wide eyes locked on mine.
Hagalaz, the hailstone, sat in the very center. Complete destruction. The storm that devours.

For more than ten years, I’d cast the runes to see the future of the Svell. Never had they looked like this.

But the stones never lied. Not to me.

My eyes drifted over them again, the pace of my heart quickening.

“What do you see?” Jorrund spoke, his voice heavy.

I stared at him, the weight of silence pushing down on me in the hot room until it was hard to draw breath.

“It’s alright, Tova.” His said, gently. “What lies in the future of the Svell?”

My eyes cut to the chieftain, who stared into the fire, his eyes as hollow as the night his daughter died.

I reached out, the tip of my trembling finger landing on Hagalaz before I answered.

“In the future, there are no Svell.”

From The Girl the Sea Gave Back by Adrienne Young. Copyright © 2019 by the author and reprinted by permission of Wednesday Books.

The Girl the Sea Gave Back by Adrienne Young goes on sale September 3, 2019. In the meantime, you can pre-order it on Amazon, Barnes & Noble, IndieBound, or Book Depository. You can also add it to your Goodreads list!