On September 18, 2020 the final episode of I-LAND aired and the members of the new boy group were picked.

The group was formed with six members chosen by a global vote from fans and a seventh member that was picked by the producers of the series including Big Hit Entertainment founder Bang Si-Hyuk.

The votes/picks came in as follows:

Together the seven members came together to form ENHYPEN and they are expected to officially debut sometime in November 2020.

The meaning behind their group name is: “Similar to the ‘hyphen’ that connects one word to another, ENHYPEN means that seven different boys connect to discover one another and grow together. They also have an ambitious plan to connect people and the world through their music.”

Watch their debut trailer below:

Learn more about the ENHYPEN members below! 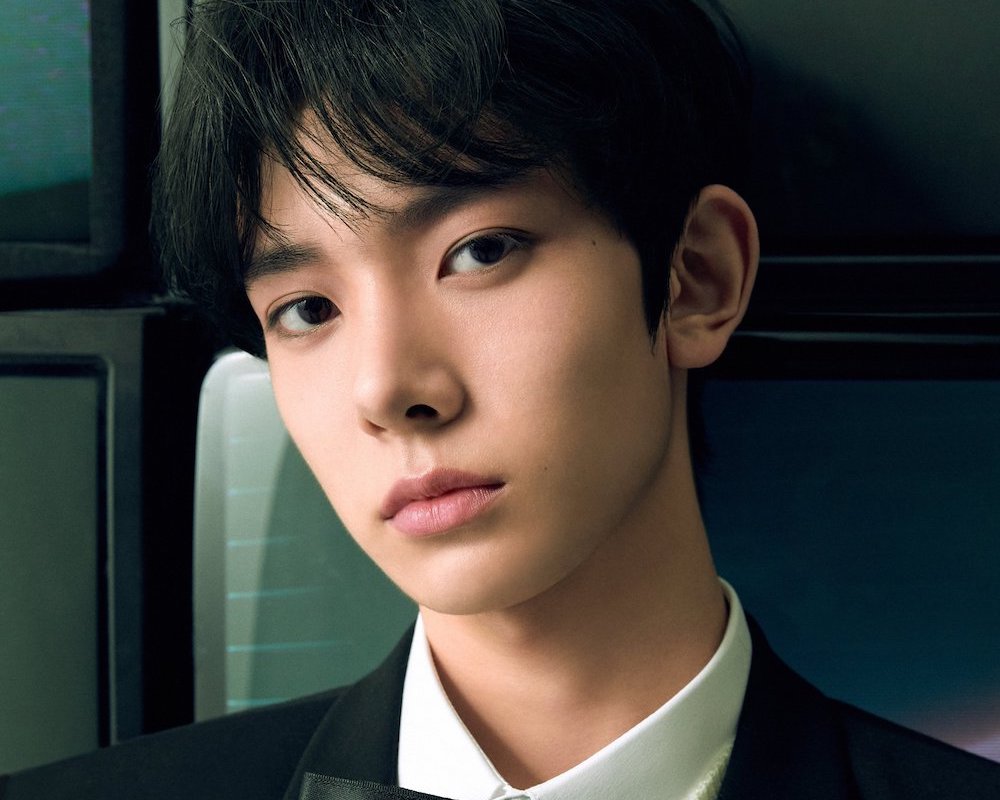 Heeseung often acted as the center for the I-LAND trainees during the show. He’s been a trainee for a few years already, and is close with the TXT members from his time training with them at Big Hit. He’s trained in vocals, rap, and dance — as the most experienced member of the group he will either act as the center.

• Nickname: heeddueng
• Hobbies: eating, playing games
• Motto: Let’s live as it flows
• Specialty: Vocals
• Charms: eyes
• Favorite sport is basketball
• His soul food is Ramyeon — he eats it at least three times a week
• He needs a pillow to hug while he’s sleeping
• His personality in a nutshell is that he’s a bit off the wall
• Heeseung stated that his father is his role model
• Heeseung also has an older brother whom he spoke with on the phone while filming I-LAND
• His goals for the next year include: releasing self composed song, concert, song cover, fansign 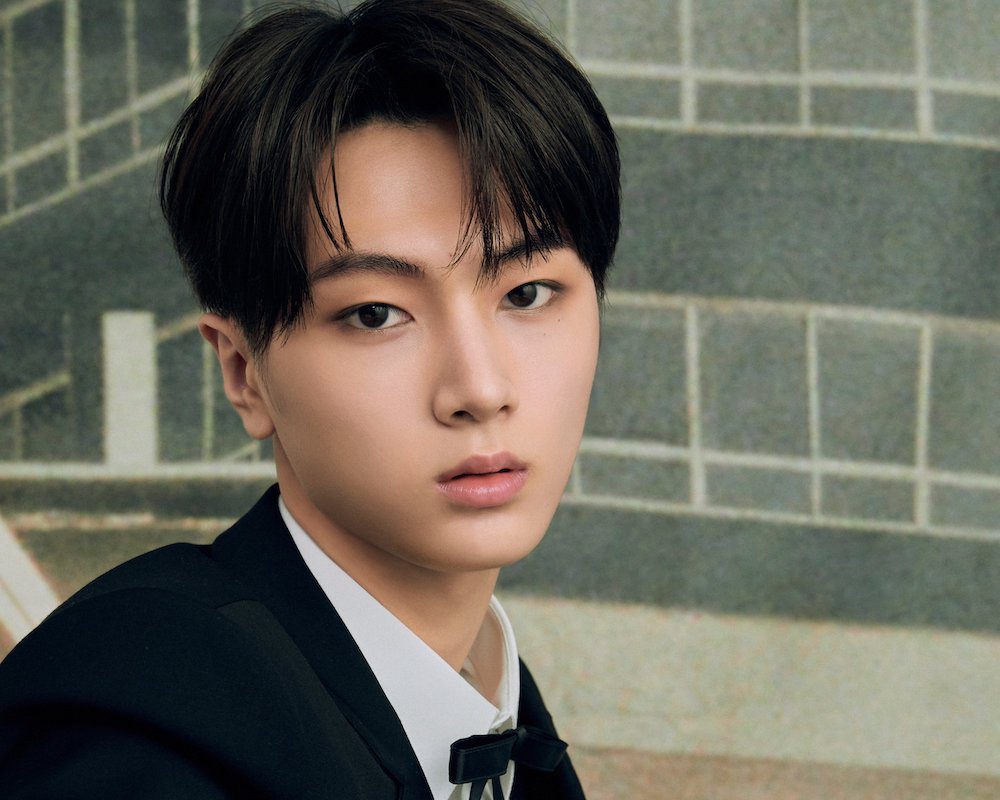 Jay is known for his dance skills among the I-LAND trainees, although he did face some confidence issues during the first part of the show. He’s been a trainee for a few years and is trained in both rapping and dance but he had to learn to deal with some of the embarrassing and frusting moments that came along with filming the series.

• Nickname: Angry bird
• Motto: Let’s live to say what we have to say
• Hobbies: Spacing out, shopping, fashion, playing games
• Favorite sport: badminton
• Specialty: Hiphop dance
• Things he hates: sesame leaf, carrot, worms.
• His personality is really excitable, because of that people call him a puppy
• His special charm is being dark-sexy, brilliant brain, explosive energy, tension maker
• He says he’s the teams source of energy
• Goals for the year: Doing activities and having conversations with fans
• Jay is also an only child in his family
• He became really close with the other members during their time on the show
• He was the member that cooked the most for everyone on I-LAND
• He says he enjoy cooking and eating delicious food because he dreamed of becoming a chef at a young age 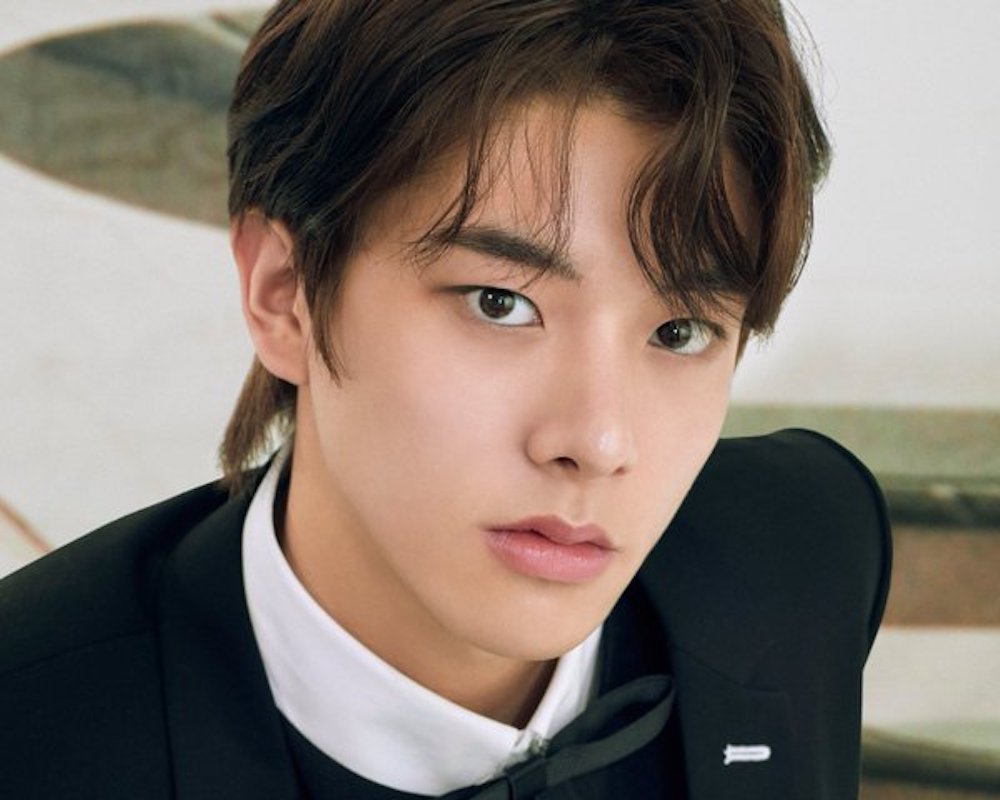 Jake didn’t really start shining on the show until they got closer to the final test for part one. He was able to help the other I-LAND members learn the dance for the final test and he was happy to see that they looked up to him and trusted his skill to ask for help then.

He’s revealed that being away from his family in Australia for the first time has been difficult, he has one older brother. Jake only arrived in South Korea the week of his audition but he’s fluent in both English and Korean.

• Hobbies: playing with dogs, listening to music, clothes
• Nicknames: Shim Jake, puppy, Jeilla
• Motto: work hard play hard
• Specialty: voice opening (timbre)
• Jake’s favorite sport is soccer and his soul food is chicken
• He needs a comfortable pillow in order to sleep
• Working out is his special skill while the corner of his lips are his special charm
• Goals for the year: a successful debut and shopping together
• He has one older brother in his family 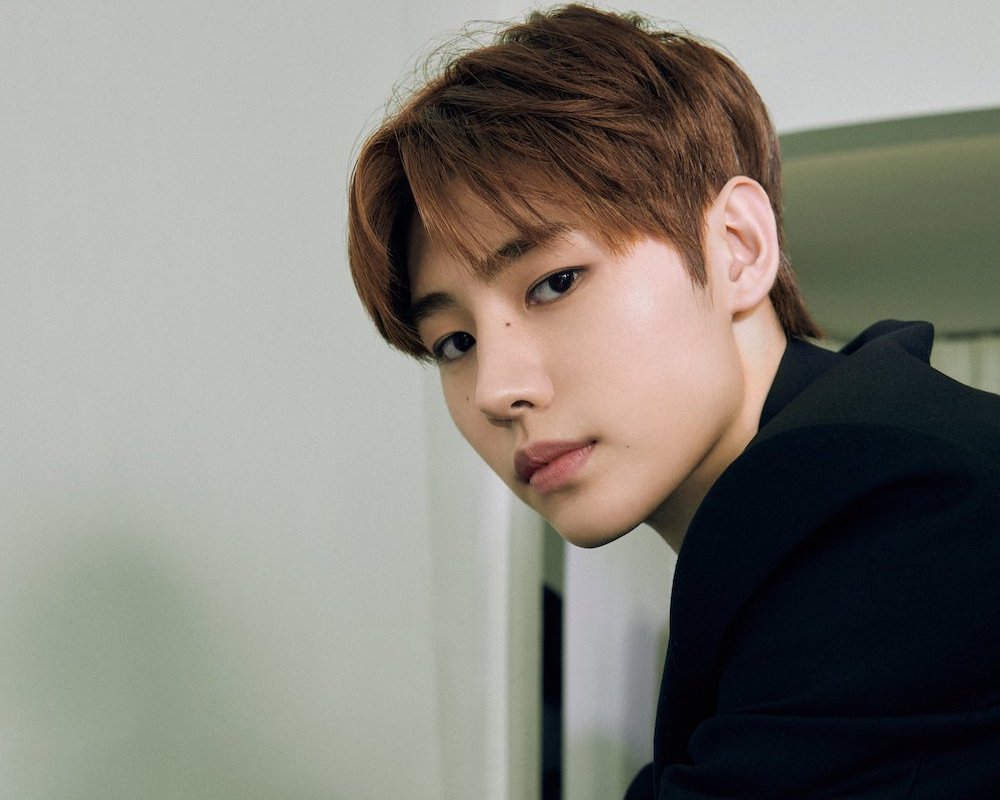 Sunghoon showed his ability to pick up choreography quickly and his background in ice skating gave him an edge over the other trainees when it came to certain moves.

He was formerly a competitive ice skater where he participated in national and international competitions. Sunghoon only started dreaming of becoming an idol two years prior when he first saw BTS in concert.

• Hobbies: fashion, skating
• Nickname: ice prince, visual #1, vacancy of Enhypen
• Motto: Just do it
• Special charms: dimples, heart shaped nose, and smile eyes
• Special abilities: contemporary dance, skating, his face
• Things he hates: mint chocolate, hats, bugs
• His personality in a nutshell is that he’s a practice fanatic
• Sunghoon said he would compare himself to a penguin, and also that he would describe himself as “careful”
• Comparing the two, Sunghoon said that being a trainee is harder than figure skating
• Goals for the year: finish their debut
• He has a younger sister, Park Yeji, who is five years younger than he is.

Sunoo has said that if he had to explain himself he would say that he is bright and energetic. He counts his aegyo among his special skills.

He recently revealed that he’s had some health issues since he was young and had to undergo surgery, so training has been physically tough on his body. Although he hides it well and worries about being a burden to the other trainees during practices.

Despite his illness that nearly stopped him from becoming a trainee, Sunoo proved himself to be a valuable ENHYPEN member with his charms and loveable energy that fans adore. 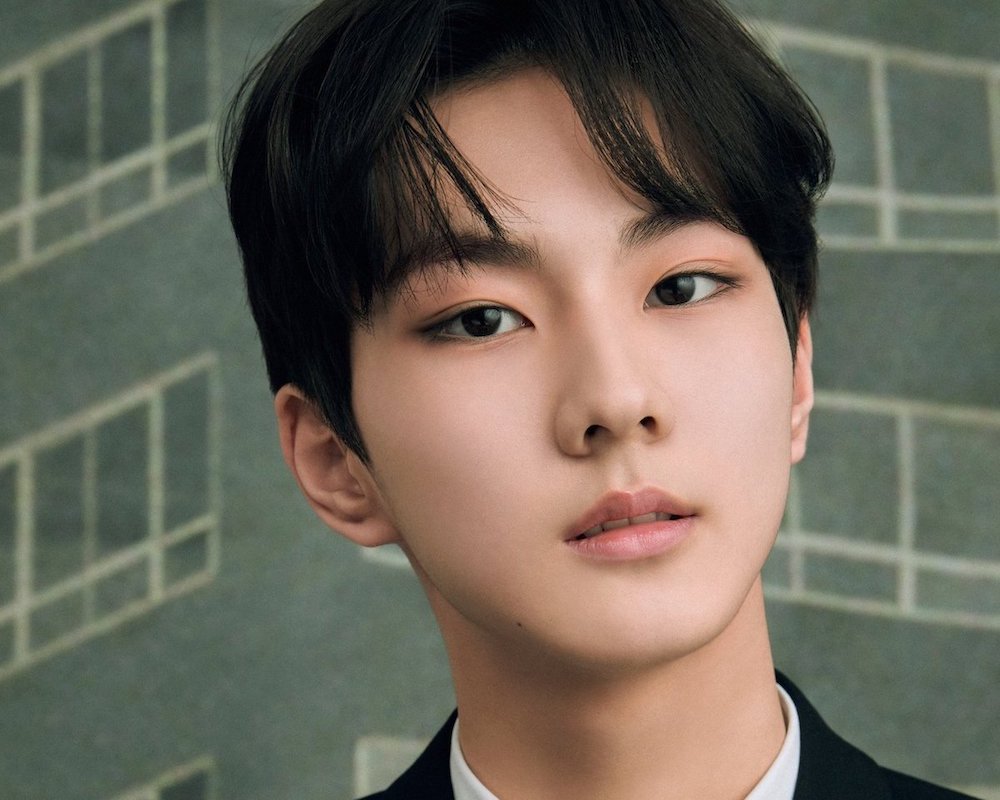 Jungwon was officially announced as the leader of ENHYPEN in a video posted to their Youtube channel that explained how he was narrowed down to the position.

Jungwon was shown struggling a bit with dance during the first part of I-LAND, however he displayed good teamwork with the other members. The ENHYPEN members have said they were charmed by his cuteness when they first met him.

He says that he’s charming in many different ways and enjoys having a conversation with other people. He has the random skill of being able to make the sound effects of Squidward’s footsteps from Spongebob Squarepants.

• Hobbies: Watching movies, taking walks in the rain
• Nicknames: sheep garden, Jung One, Yang garden, cat garden
• Specialty: singing, dancing, poppin’, Taekwondo
• Special charms: dimples, cute personality, eye smiles
• Motto: Live hard each day
• Things he hates: chewing sounds, lying in bed with socks on
• Goals for the year: successful debut, growing taller, being handsome
• Jungwon said that he would compare himself to a monkey as an animal
• He’s said wants to become and artist that performs music he loves
• His role model is BTS member Jungkook
• Jungwon has an older sister
• He said that his grandmother is one of his most enthusiastic supporters 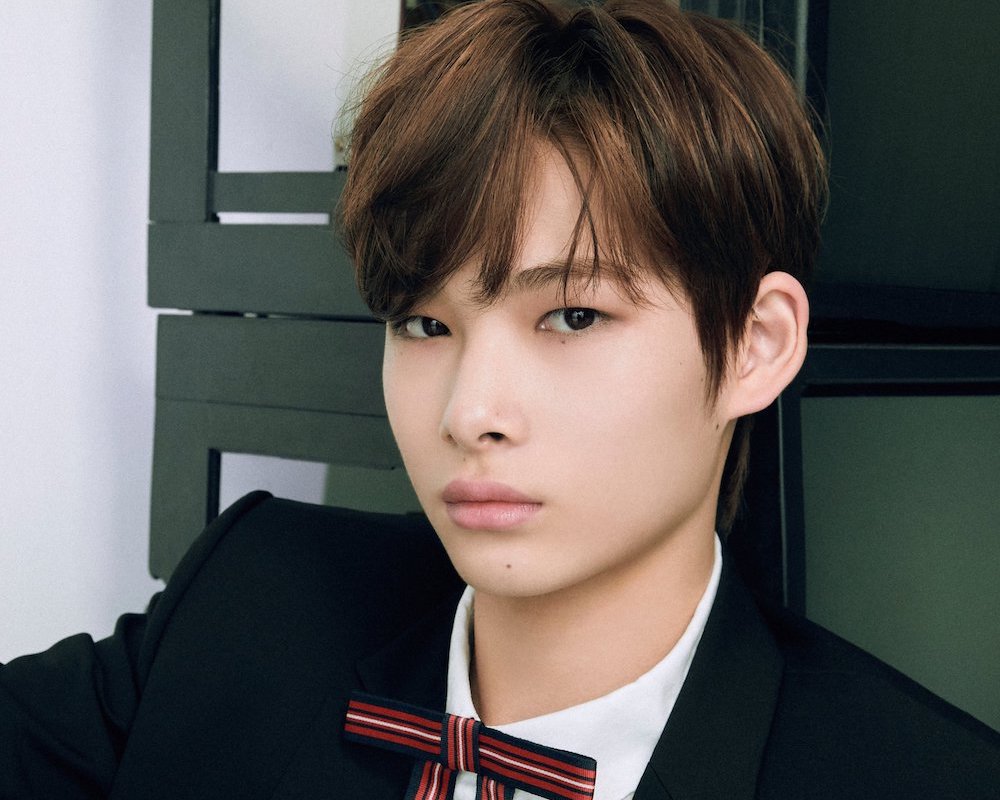 Although young in age, Ni-ki is one of the top dancers on I-LAND. He’s even said that his most precious item is a pair of dance shoes. From a young age he grew up learning to dance, thanks in part to the fact that his family runs a dance studio.

Though he early on received some criticism from the producers for his unstable voice while dancing, they continued to look towards him as one of the better dancers to help the other trainees learn choreography for the test. He had the added burden that he was still learning to perfect his Korean during filming.

As the maknae of ENHYPEN (the youngest), you can often find him being cute with the older members of the group.

• Hobbies: dance, dance, dance
• Nicknames: super dancer, little Michael Jackson
• Charms: unexpected charm, being the youngest
• Motto: Dance is life
• Things he hates: waking up, worms
• Goals for the year: debut, concert, fansign, music video
• Before becoming a trainee, Ni-ki was a backup dancer for K-Pop group SHINee
• Other than dance, Ni-ki also enjoys soccer and going to amusement parks
• Dumplings are his soul food.
• His parents run a dance studio in Japan
• He first learned how to dance jazz and ballet