Pretty Little Liars‘ Emily Fields, one of the main four girls of the show, ended her story as a mother and soon-to-be wife with her childhood love, Alison DiLaurentis. A fitting ending at the time.

Now hear me out: I don’t believe Emily ending up with Alison on Pretty Little Liars was a bad call and this is in no way an attack on their character development. Sure, I have my issues with the couple and how they were brought together (Alison’s forced pregnancy that was, you know, never really mentioned to be assault), but it would have been a good ending if it were an ending.

If you’ve watched Pretty Little Liars: The Perfectionists season 1 (which is currently airing on Freeform and streaming on Hulu and Freeform’s website, so go catch up if you haven’t, it’s amazing), you’ll know that Alison and Emily ended up getting a divorce shortly after tying the knot, though we don’t know exactly how long they were actually married. 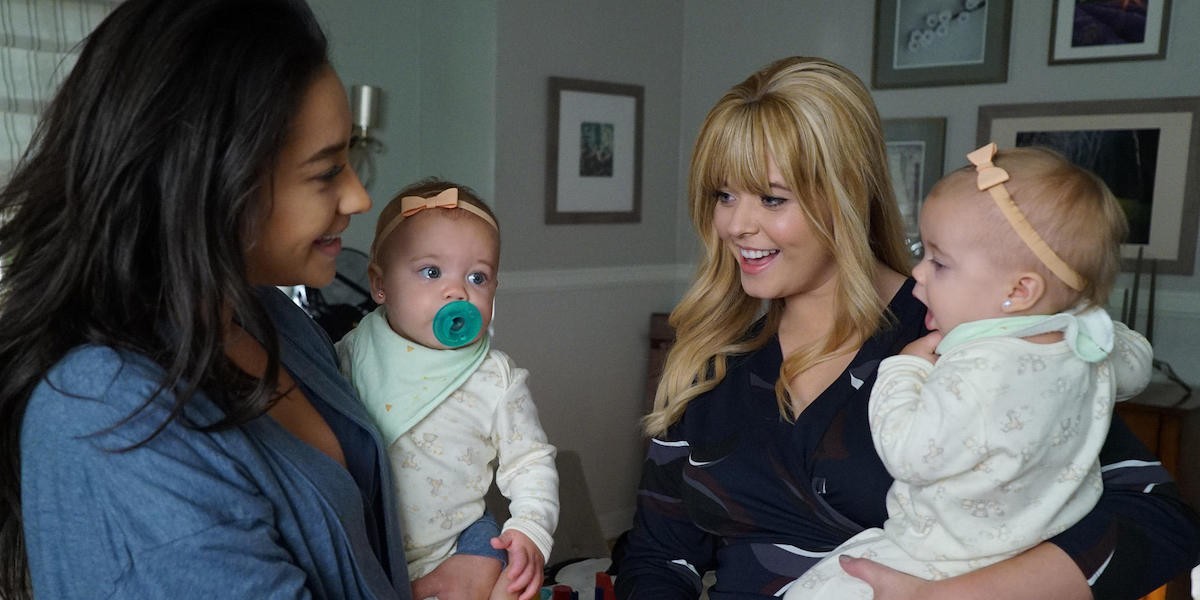 Emily’s story should be over, like the other Liars’ stories

Alison and Emily getting a divorce, while sad for fans of their relationship, could have been properly done (and the couple could have worked to find their way back together) if Emily was still being actively portrayed by Shay Mitchell, but she’s not. When Pretty Little Liars ended, Shay decided it was time to move on from Emily after seven years (rightfully so) and the writers gave Emily an ending fitting of a series finale. There are no issues there.

The issues stem from Emily’s story being continued on Pretty Little Liars: The Perfectionists without the character present for these developments in her life. Without being an active character on the spin-off, Emily’s final moments on Pretty Little Liars should have been just that, not a starting point for a new life and a story that she’s not even being included in.

Freeform’s (and the writers’) idea of carrying on the stories of Aria, Hanna, Spencer, and Emily has been limited to these texts, as seen below. The writers are creating and posting these on social media, though we’ve had little interaction at all with these characters on the actual show (and what little interaction we’ve had has been one-sided phone calls, missed calls, or a rare email).

Alison DiLaurentis needs time before moving on romantically on 'The Perfectionists'

So, while Emily’s story is continuing, it’s through Alison’s phone with no emotion, background, or explanation (and half of it isn’t even on the show, so those who aren’t active on social media aren’t seeing it!).

The Emily Fields we know and love would not have given up on Alison so quickly and sent divorce papers after only, presumably, one year of marriage. Her love for Alison spanned years, even when Emily believed Alison to be dead. Knowing this, is it fair for these stories to be shown when Emily’s side isn’t able to be explored?

After years of being tormented by -A, multiple losses of people she loved, and a tough post-high school life, Emily, like the others, deserved her happy ending to be incredible and long-lasting, regardless of whether Alison’s story was over or not. 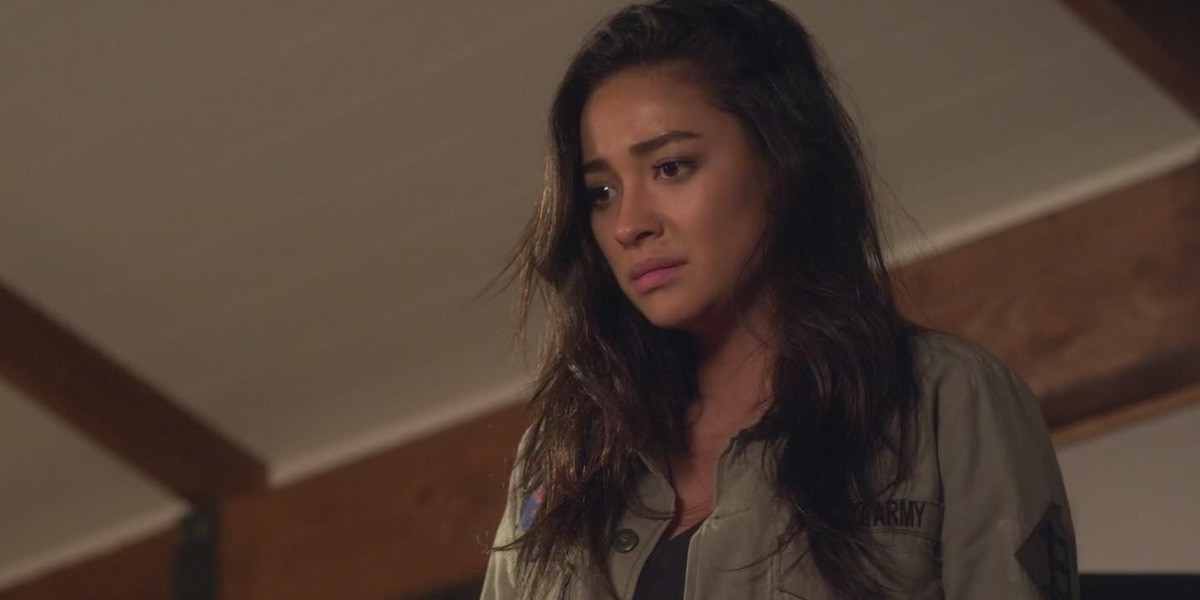 Perhaps ending up with Alison wasn’t the right move

Wait, don’t hate me. Hear me out. If it was creator I. Marlene King’s plan (before Pretty Little Liars ended) to create a spin-off with Alison and Mona as the main Rosewood residents to be transplanted to Beacon Heights, why end with Emily and Alison in a committed relationship and use the series finale to introduce a proposal?

Not to the mention marrying them during the off-season between the shows, which was wholly unnecessary. It made fans happy to know that Emily and Alison were married, but it was just another blow to them when Alison left Rosewood and, subsequently, got a divorce.

Alison was hardly developed on Pretty Little Liars, so I’m not upset to see her in Beacon Heights, though I don’t agree with the method they have used to wrap up her past stories for her new life.

As was clearly the plan, Alison’s “ending” on Pretty Little Liars should not have been a real ending, but a new beginning for her to become the person she wanted to be, which is why she left for Beacon Heights in the first place. Proposing to Emily (and marrying her), raising their twins, and living a life in Rosewood was meant to be a natural conclusion to Emily and Alison’s story. 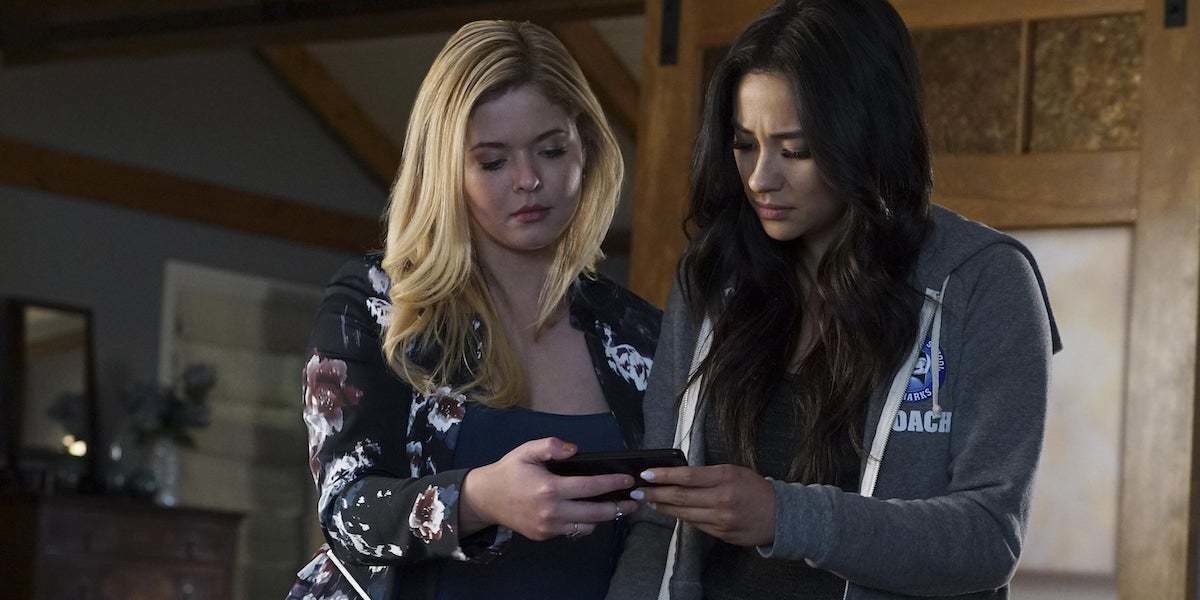 Carrying on Emily’s life without Shay Mitchell, including more pain and suffering for her, and destroying the relationship that was quickly thrown together in the last few episodes of the series is what has angered fans with Alison appearing on Pretty Little Liars: The Perfectionists.

There could have been many ways for Emily and Alison’s relationship to carry on, long distance, for the duration of The Perfectionists, since the series has barely covered a month of time after the first eight episodes.

Like Pretty Little Liars, time moves by slowly, so even if The Perfectionists were to go on for seven years like its predecessor, it could have easily fit in the time it took Alison to get her degree to become a better mother and wife, like she originally stated her plan was.

One-sided phone calls, texts, and emails wouldn’t be so bad if it consisted of casual messages for Alison and Emily to check in with one another and work to maintain their relationship; however, these simply don’t work when the content of these interactions is something that deeply affects the characters and their futures.

And, if the writers were so against writing a long distance relationship for Alison and wanted her to be able to freely explore her sexuality in Beacon Heights, a better ending should have been given to Emily Fields, a character that deserved happiness just as much as the other girls and had it ripped away. 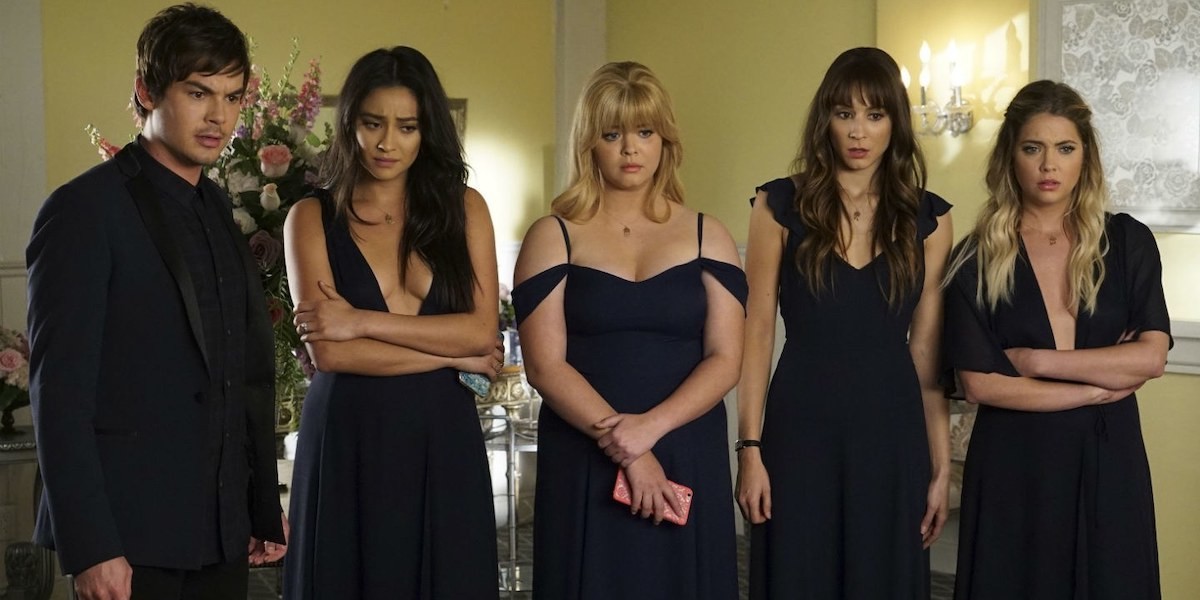 There’s nothing to ensure that Shay Mitchell will be appearing on the spin-off, so how can Emily and Alison truly revive their relationship and live happily ever after, while staying true to the story, if this all happens off-screen? And, even if Shay did appear, the writers have completely screwed over these characters and their relationship, so it’s almost as though too much damage has been done already.

Because of how the writers threw Emily and Alison together in the series’ final episodes, as if they were running out of time, it makes no sense that they’ve already been split up. It was a disservice enough to those loyal fans to bring Alison and Emily together with a forced pregnancy and only a few episodes left to even tease what their future relationship would be like.

Add that to divorcing the characters in a completely out-of-character way after teasing the relationship between Alison and Emily and saying they would be happy and together when The Perfectionists premiered, even without Emily on the show (which was now clearly just baiting the fans), and it’s understandable why fans are upset.

Alison has every right to be a main character on her own show, and Sasha Pieterse deserves the attention for her work, but not at the expense of ruining one of our beloved character’s lives. So, if it was the plan long before the original series ended for Alison to leave Rosewood for the spin-off, Emily deserved so much better.

Alison was forcibly impregnated with Emily’s children to create a reason for Alison and Emily to suddenly get closer and bond once again, sparking their romantic relationship and Alison’s acceptance of her feelings for Emily. However, if the writers knew that Alison would just be leaving, the DiLaurentis-Fields family would fall apart, and Emily would be left to raise the children on her own as a single mother, why write this story at all?

Personally, I would have much rather Emily ended up happy with someone else and living her best life, rather than ending up divorced and alone with two children while her best friends are all happily married and have kids of their own. The ending Emily received is just… disappointing. Emily’s future should have been happy and things shouldn’t have ended up like this.

I know not everyone feels the same way I do about Emily ending up with someone else, particularly diehard Emison fans, but I think we can all acknowledge that Emily was severely screwed over with the ending she received and how her story has been continued on The Perfectionists. After everything she went through, we all just wanted her to be happy, but she didn’t even get that.

Pretty Little Liars: The Perfectionists is a great show that deserves more attention, despite the issues laid out in this article. We can continue to hope that Shay will appear in future episodes should the series be renewed and the writers will work to fix the mess they have created.

After all, it would be a shame for this spin-off to be canceled without even fixing Emily’s final story from the original show.