Downton Abbey, the new film based on the wildly popular British period television series, is a solid if overlong installment of the franchise, one that is sure to please fans and few others.

The film follows the upstairs-downstairs happenings of the residents of Downton Abbey, an English country estate, as they prepare for the arrival of the King and Queen of England who will be staying there during their tour of Yorkshire. As they do, family resentments and staff revolts threaten to ruin the royal visit as the comedic drama of manners ensues.

The film is a pleasant watch and gives the core audience the things it came to see: Lady Mary (Michelle Dockery) frets over the future of the estate, the Dowager Countess Violet Crawley (Dame Maggie Smith) fights with Cousin Isobel (Penelope Wilton), Tom Branson (Allen Leech) struggles to reconcile his socialist beliefs, the staff engages in dasterdly plotting — I could go on.

The problem with Downton Abbey is that the stakes never feel particularly high. The early seasons of the show worked so well because there were real threats to the future of the estate and the hearts of our characters. The same family can only worry they’ll have to sell Downton so many times before one has to assume that the status quo will be upheld at the end of the film.

Similarly, the royal family bring their own staff to Downton Abbey, which offends the regular staff, leading Mrs. Hughes (Phyllis Logan) and Anna (Joanne Froggatt) to devise a plan to incapacitate the chef, butler, and footmen, so that the noble Downton servants can do their duty to the King and Queen. It’s fun enough to watch, but is anyone in the audience worried that they might lose their jobs or offend the royal family? 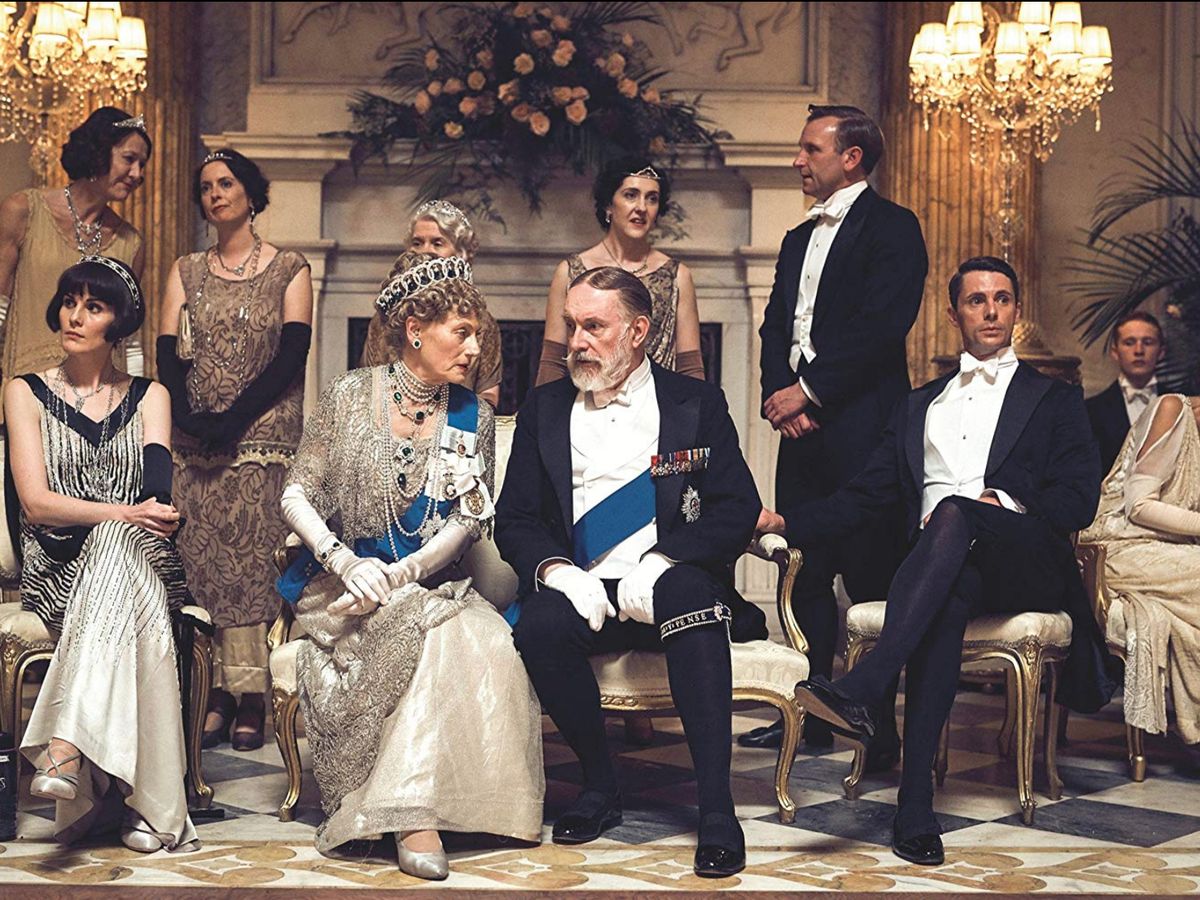 It’s no wonder that the elements of Downton Abbey that work the best are more or less unrelated to the main plot. Thomas (Robert James-Collier), now the butler of Downton Abbey, befriends the valet to the King (Max Brown). We aren’t sure if they are flirting or just friendly, but we know Thomas is gay from the series. The subplot veers dangerously close to LGBT tragedy cliche, but the film nicely subverts these expectations. It’s a credit to Julian Fellowes, the film’s writer and the creator of the original series, that he is able to turn what could have been a hackneyed, problematic plot point into something fresh and kind.

Another subplot involves Maud (Imelda Staunton), one of the Queen’s Ladies in Waiting and also Violet’s estranged cousin. Violet believes her son, Robert, Earl of Grantham (Hugh Bonneville), should be named as Maud’s official heir. Maud never had children and Robert is her closest male relative. This leads to some welcome scenes of Staunton and Smith sparring, two titans of British acting deliciously going at it. They come to a heartfelt understanding by the end of the film when Maud finally explains why she does not feel Robert is her heir.

Smith has one of the greatest pairs of eyes in the history of film; her eyes glisten with a watery twinkle at all times, whether she is happy or sad, showing a deep well of empathy and feeling that only the best actors can tap into. She is given the opportunity to bestow such a look on multiple characters in the film, and every time it is impossible to not be overcome with emotion as well. The two-time Academy Award winner won three Emmys for her role as Violet, and she remains the most captivating member of the company. 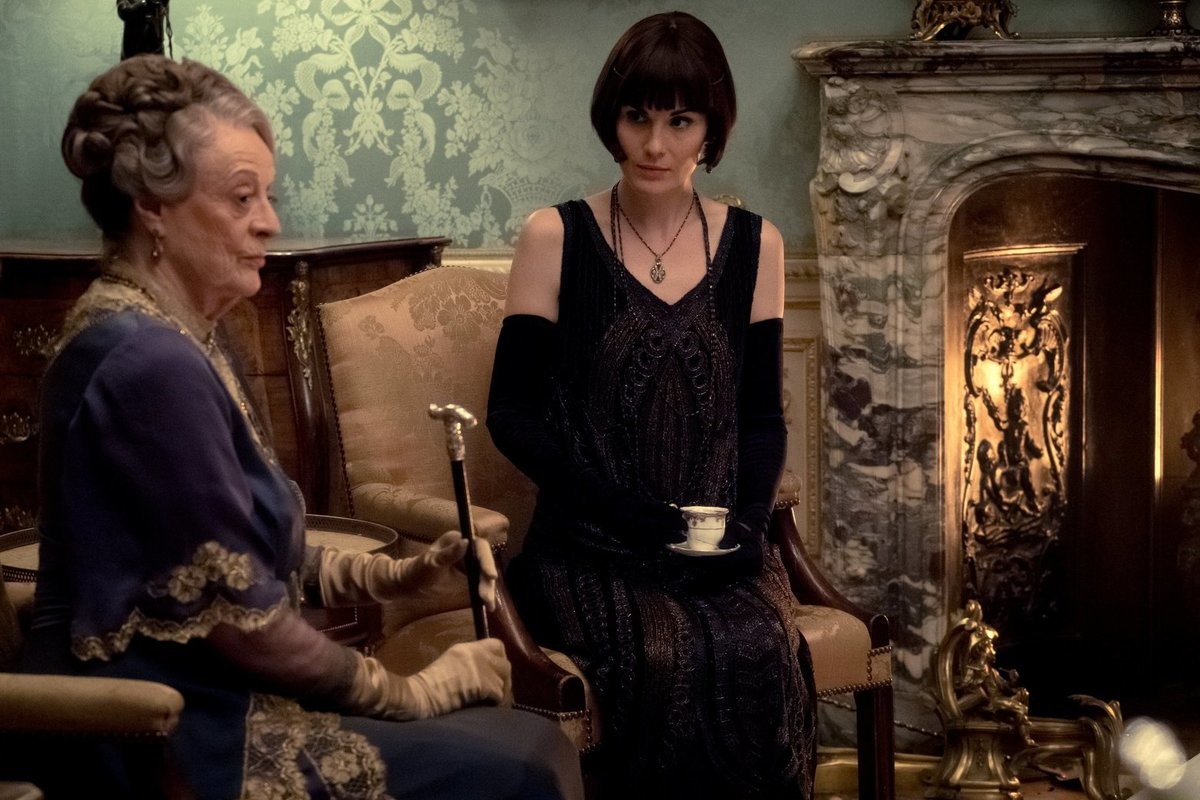 Ultimately, Downton Abbey could have been much better if the plot felt like more was at risk. Hosting the King and Queen for a night would certainly be stressful, but it is not the life or death stakes that made Downton Abbey so richly entertaining and compelling as a series.

Watching the film, I wondered what Robert Altman would think of it; Altman directed Gosford Park, the film for which Julian Fellowes won an Academy Award for Best Original Screenplay. It put him on the map as a writer, and the film deals with a similar milieu to Downton Abbey. Altman’s subtle and brilliant direction notably subverted Fellowes’ worshipping of the British aristocracy, undercutting moments of interclass relationships that are written as pleasant and intimate with the harsh truth that servants are employees of the upper class.

Downton Abbey never makes any attempt at such subversion, always giving the final triumph to traditional conservative values. Downton Abbey is a fun, fluffy fantasy that unfortunately leaves its most fascinating possible version for another film.

‘Downton Abbey’ is now in theaters