We use cookies to ensure that we give you the best experience on Hypable. If you continue to visit us, we will assume that you are happy with it.
7:16 pm EST, February 7, 2021

The next live-action Marvel series to hit Disney+ will be Falcon and the Winter Solider, and during the first quarter of Super Bowl 55, the studio dropped the first trailer.

The action-packed trailer depicts Falcon and Winter Soldier in the aftermath of Avengers: Endgame. Check it out below:

We also learned that the new series, which consists of six episodes, will begin airing on Friday, March 19th. A new poster was also unveiled today: 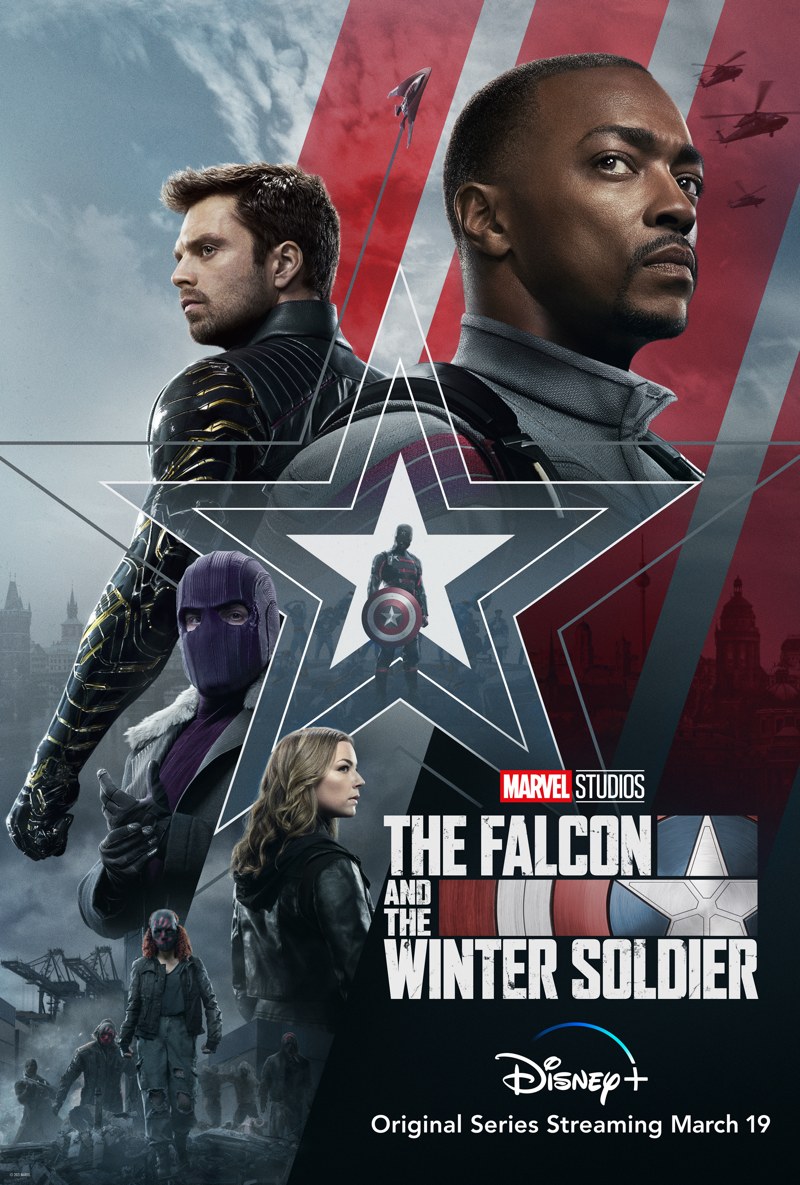 According to Disney, “Marvel Studios’ “The Falcon and The Winter Soldier” stars Anthony Mackie as Sam Wilson aka The Falcon, and Sebastian Stan as Bucky Barnes aka The Winter Soldier. The pair, who came together in the final moments of ‘Avengers: Endgame,’ team up on a global adventure that tests their abilities—and their patience. Directed by Kari Skogland with Malcolm Spellman serving as head writer, the series also stars Daniel Brühl as Zemo, Emily VanCamp as Sharon Carter, and Wyatt Russell as John Walker.”

Marvel and Disney+ recently started airing Wandavision, which has been met with rave reviews thanks to its unique and compelling storyline. We can’t wait to see what Falcon and the Winter Solider has in store!

5 shows that went to a Disney park

by Beth Aderhold
by Andrew Sims

The next live-action Marvel series to hit Disney+ will be Falcon and the Winter Solider, and during the first quarter of Super Bowl 55, the studio dropped the first trailer.

‘Wynona Earp’ to conclude with season 4

Prepare to bid farewell to Wynona Earp— the hit sci-fi western is officially coming to a close over at Syfy.

An anime series based off of Pacific Rim is coming soon to Netflix— and you can watch the first trailer for the series right now!

Lana Condor is sticking with Netflix for her next project.

Renee Zellweger is heading to the small screen for her next starring role.