The minds behind Disney’s ‘Dumbo’ have one thing in common: They’re different

I’m not sure if I was supposed to walk out of the Dumbo press conference feeling really good about my life choices as a person. But that’s what happened after both the cast and creative team behind Dumbo spoke about their time on the film and why it was such a treat to work with Tim Burton.

As you know, Tim Burton’s a pretty unique dude. He’s got his own style, his own vision, and a way of talking that often leaves you grinning because he’s just so HIM. Case and point, Burton gestures with his hands when he speaks and that’s really great to watch, but not what you’d call conducive to things like, say, holding a microphone.

During Disney’s press conference in support of their latest live-action retelling, Burton would be talking and then someone would need to remind him that we couldn’t hear him. He’d do this little laugh and get back on the mic. Then it would happen again.

It was, frankly, delightful. To be honest, Burton seems pretty delightful. Which may be why he collaborates with the same people and why everyone on the Dumbo dais had very nice things to say about Burton the person and Burton the director. 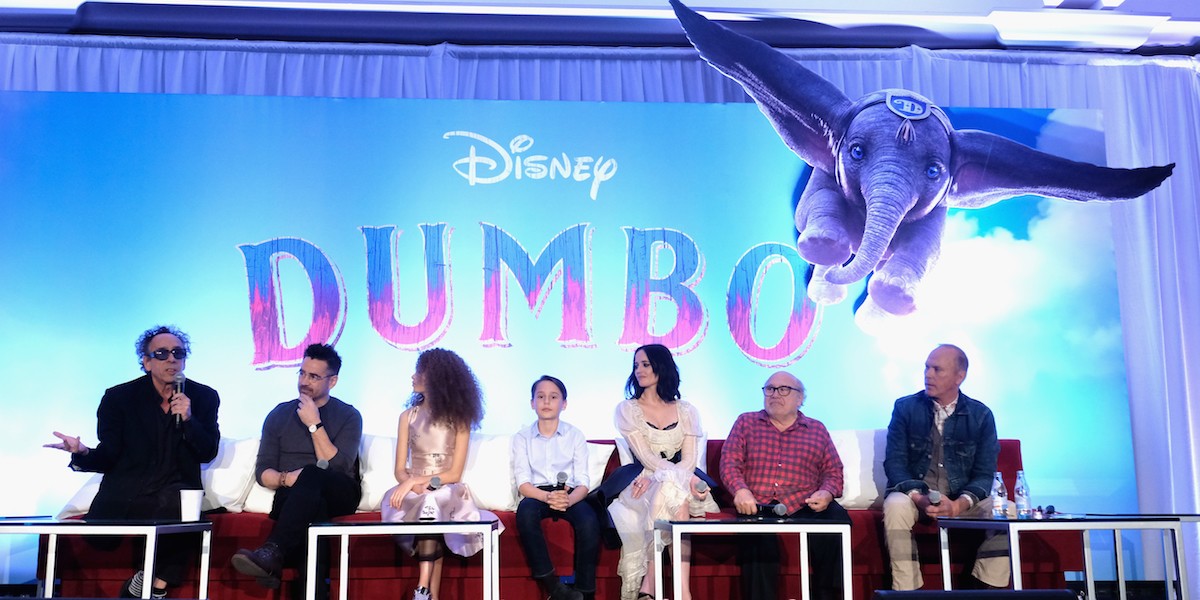 Burton and the subject of his latest film, Dumbo, are both very unique. That was a big theme of the press conference.

Except Tim Burton, Michael Keaton, Danny DeVito, Colin Farrell, Eva Green and Danny Elfman loved working on Dumbo because it teaches that different is beautiful. That you can be an elephant with big ears and be the star of the show. That you can be a group of so-called freaks and find the love of family. That you can wield unique talent that makes you the one and only Tim Burton (“Dumbo is almost like a personification of [Tim Burton],” producer Derek Frey admitted).

At the press conference Hypable attended in support of Dumbo, Burton touched on the “very simple” story with not-so-simple messages.

Hung out with the cast of #dumbo this weekend! Ain’t he a cutie? Our report hitting the site later this month!

“Everybody is trying to find their place in the world. Like Dumbo. And using disadvantage to advantage.”

Farrell plays Holt, the war fighter who returns home and needs to re-connect with his kids — a tough subject on its own. “There are simple messages that are very complex, it seems, to live in as we go through our lives. And those messages are messages of kindness and inclusion and all those kind of things.”

And since it’s a film for people of all ages, “We don’t get into all of that psychological stuff so heavily because we want the film to be able to be received with the importance of the messages that are in it rather than hitting them all over the head. But my characters’ journey was one in just accepting his position as father and how that meant that all he had to do really was get out of his children’s way and let them be who they are.”

“I think everybody has felt at some point kind of a bit strange or different,” said Green, who plays a French trapeze artist named Colette Marchant. “It’s a big thing. It’s just such a wonderful movie because it has that message of no, it’s okay to be strange or different. It’s actually great. It makes you special. And we just have to embrace our uniqueness.” 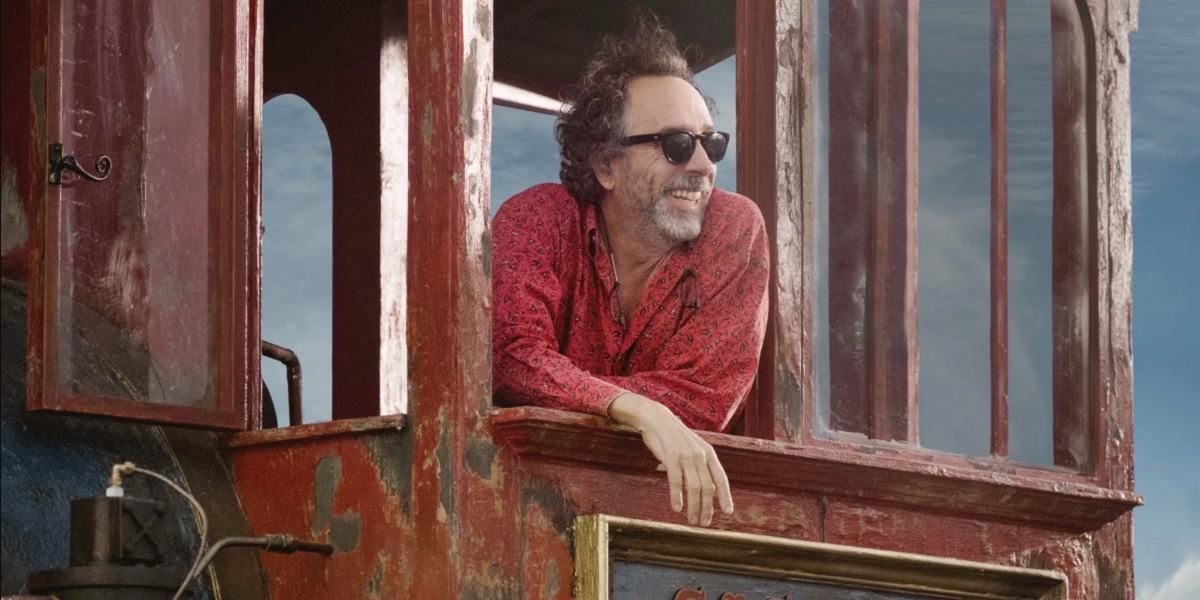 One of the most interesting parts of the press conference was hearing the cast and crew rave about working with a mind as unique as Burton’s.

Dumbo is Danny Elfman’s 17th collaboration with Burton, and the relationship seems as interesting as ever. “I still never know what to expect from Tim at all,” the legendary composer said of his partner. “People think that oh, you must have the shorthand, where it’s real simple. And I go no, actually, working with Tim is a lot less simple than a lot of other directors. His mind is strange and interesting. And I learned many years ago never to take for granted what I think he’s going to want.”

DeVito and Keaton tag-teamed their praise of Burton. “I think he’s just a genius. Like his artistry. It’s just astounding,” Devito gushed. “You give a talented person like Tim a subject like Dumbo with all the great meaning and messages and metaphors. And what does he do? He sends it off into the stratosphere. And he’s one of a kind. He’s just amazing and we love him so much. ”

“It’s a rare thing to work with an original,” Keaton added. “And to be in the thick of it. To be right in the middle of a piece of art.”

“We like to see him squirm,” DeVito quipped, knowing full well they were throwing heaps of compliments on Burton.

Dumbo shows it’s good to be different because, once you look at all the other people in the world, you realize there are tons of “different” people out there. And that is truly beautiful.

Dumbo as a film is both adorable and beautiful. It features smart performances, gorgeous sets, and a baby elephant you’re sure to fall in love with. Tim Burton knows there’s real beauty in being exactly who you are, differences and all. Now I want to run away and join the circus.