Celebrate the legacy of DC Vertigo by bingewatching these TV shows

Thank you, DC Vertigo, for giving us some of the best and boldest television shows out right now.

DC Vertigo was a big part of my childhood.

That’s strange, I know, for a couple of reasons.

First of all, Vertigo was an imprint that was created for ‘mature readers,’ which meant it focused on giving its creative teams the freedom and latitude to tell strange, subversive and sometimes straight up horrifying stories that didn’t (or couldn’t) — at the time, at least — fit into the sunnier, less gruesome world of mainstream comics.

So it definitely wasn’t for kids.

Secondly, I am and have always been a total wimp. There’s a huge swath of truly great horror movies and TV shows that I’ve never seen because I simply cannot handle the fright or the gore.

Which means Vertigo — famous for its horror fantasy series like The Sandman and Hellblazer — should’ve been something I gave a wide berth to, probably forever.

But I had an older brother whom I idolized and my devotion to him and everything he loved outweighed my own personal aversions to horror and gave me the motivation to keep reading and rereading stories which were probably way beyond me, both intellectually and psychologically.

And like car companies and toy companies well know, if you get ’em young, you’ve got them for life. Once I was old enough to start buying my own comics, my buying habits stayed mostly within the Vertigo titles — though when given a choice, I ended up straying from the horror and into books like Fables, Transmetropolitan and, of course, Y: The Last Man.

So, it’s with a heavy heart that I say goodbye to DC’s legendary Vertigo imprint, a powerhouse of strange and subversive storytelling that made up a large part of my childhood and gave me some of my most favorite stories and characters to date.

Luckily, somewhere along the way, TV producers and executives likewise saw the power and general awesomeness of Vertigo’s storytelling, and saw fit to give us some truly great television adaptations. Here are the ones I’ll be watching to console myself but — more importantly — to celebrate the legacy of DC Vertigo. 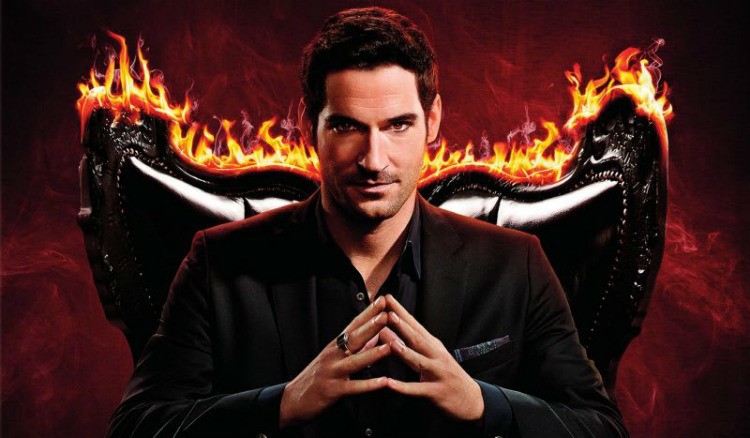 Where to watch: Netflix — the fifth and final season was just announced.

With a name like that, Lucifer could only ever be about one thing: The Devil himself, Satan in the flesh, God’s former favorite and ruler of hell, Lucifer Morningstar.

Except he’s no longer the ruler of Hell. No, instead he is now the owner of a nightclub in Los Angeles (aka The City of Angels) who then goes on to become a consultant with the LAPD. Joining him up above the fires of hell as the world’s hottest bartender is Maze aka Mazikeen, a demon and erstwhile head torturer.

We watch Lucifer as he tags along and then develops a deep and complicated relationship with Detective Chloe Decker, and the two of them solve cases together. Along the way, we meet Lucifer’s brother, mother and a host of biblical characters who make up Lucifer’s past.

It’s a funny, irreverent show that took me by surprise with how well-crafted and evocative it is. The cast is phenomenal from top to bottom, with Tom Ellis’ Lucifer and Lauren German’s Chloe — and the relationship between the two — blowing me away every episode. Netflix saved this show from its network TV cancellation, and while I’m sad to say goodbye next season, I’m so grateful that we get a final season to wrap everything up (and prepare the boxes of tissues). 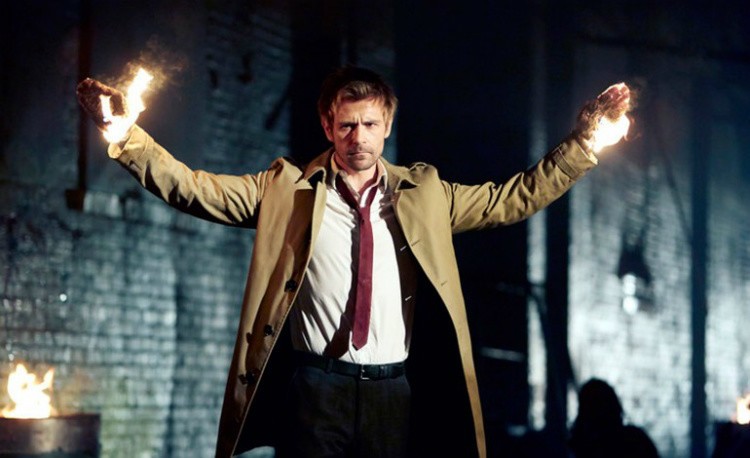 Where to watch: Constantine is available on DC Universe; Legends of Tomorrow is on Netflix and The CW

Matt Ryan’s John Constantine is inspired casting and was a pitch-perfect depiction in NBC’s Constantine, a weird, supernatural show I loved a ferocious amount, so of course it was cancelled after one season. It followed Constantine as he trucked around the U.S. and went about fighting back the rising darkness with his trademark irreverence, humor, and charm.

Even though Constantine got the ax, audiences loved Matt Ryan enough — and Matt Ryan loved Constantine enough — to keep on playing Constantine, first in animated versions, then as a guest spot on Arrow and Legends of Tomorrow — the latter of which promoted him to a series regular.

It’s a great fit for an already great show, one that embraces the wacky and weird side of comic books and comic book zaniness with a fervor that’s both fun and refreshing. Constantine doesn’t show up until Legends of Tomorrow’s third season, but is a major character in the fourth. So even if the sting of the loss of NBC’s Constantine is still with you, the balm that is Legends of Tomorrow should be more than enough to take it away. 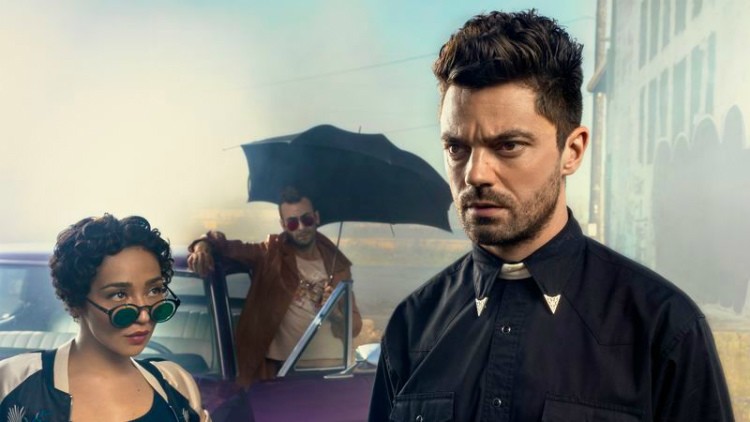 Where to watch: AMC — the fourth and final season begins in August

I am trying to stay away from the word ‘irreverent’ because I’ve already used it to describe the past two shows, but it’s hard to think of another word to describe a show in which the main character is an alcoholic, chain-smoking Texas preacher who gets possessed by a supernatural being that is the result of a demon and an angel having an infant divine being together.

As with all of AMC’s offerings, Preacher boasts fantastic casting and high production values. As with all of Vertigo’s best offerings, it’s a bizarre, bold and often gory story that takes absolute joy in both its strangeness and its absurdity. We follow Jesse Custer, the aforementioned preacher, his ex-girlfriend Tulip and a hard-drinking vampire named Cassidy as they journey to literally find God.

It’s that rare show that happens to have gotten stronger, better focused and more tightly plotted as its gone on, one that’s darkly funny and sometimes just dark, without ever wallowing in grimness or gore for its own sake. AMC recently announced that this fourth season will be the final one, and while I’m sad to see it go, I’m grateful for the past four seasons we’ve had with Jesse. 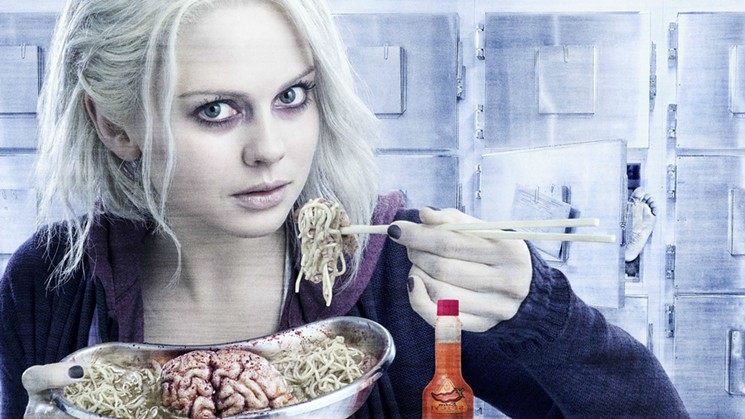 Where to watch: Netflix for past seasons; final season currently airing on The CW

When iZombie first came out, there was a general question of whether we really needed another zombie show in our lives. It wasn’t a question that I was wondering — or one I’ll ever think to ask — because I love everything zombie related, but this show did happen to come at a time when zombies as a trend were kind of fading out.

However, iZombie had a lot going for it, starting with the fact that it was developed by Veronica Mars extraordinaire Rob Thomas, and that it was more a horror-comedy-police procedural than it was a straight up horror like we’re used to with zombie fiction.

In it, we follow Liv, a Seattle medical resident who becomes a zombie after a particularly bad boat party. But, hey, just because you’re a zombie, doesn’t mean your entire life is over! Not in the iZombie world, at least. Sure, Liv isolates herself from her family and friends, breaks up with her fiance, and has to go to work in a morgue so she has access to brains without killing anyone.

But she also realizes that eating brains temporarily gives her the dead person’s personality traits and abilities, along with their most recent memories. It’s that last bit that makes her the perfect consultant to the police department’s homicide division, which is where she starts to volunteer under the guise that’s she’s a psychic.

It’s a show that starts out as a case-of-the-week police procedural, and ends up with a city full of militarized zombies and a place called New Seattle. It’s strange and darkly funny and often ambitious the way a lot of these Vertigo series are, and another one to bingewatch as we say goodbye to Vertigo’s brand of storytelling.