City of Villains is what would happen if Nancy Drew investigated Disney’s cast of crazy characters. Check out our exclusive announcement.

Hypable is proud to exclusively announce Disney’s latest book series, City of Villains, by Estelle Laure. It’s an exciting new YA series that promises to be a gritty crime series perfect for teens and adults alike.

Read the official description below:

Mary Elizabeth Heart is a high school senior by day, but by night she’s an intern at the Monarch City police department. She watches with envy from behind a desk as detectives come and go, trying to contain the city’s growing crime rate. For years, tension has simmered between the city’s wealthy elite, and their plans to gentrify the decaying neighborhood called the Scar—once upon a time the epicenter of all things magic.

When the daughter of one of the city’s most powerful businessmen goes missing, Mary Elizabeth is thrilled when the Chief actually puts her on the case. But what begins as one missing person’s report soon multiplies, leading her down the rabbit hole of a city in turmoil. There she finds a girl with horns, a boyfriend with secrets, and what seems to be a sea monster lurking in a poison lake. As the mystery circles closer to home, Mary finds herself caught in the fight between those who once had magic, and those who will do anything to bring it back.

This dark and edgy YA series explores the reimagined origins of Maleficent, Ursula, Captain Hook, and other infamous Disney Villains like you’ve never seen before.

Mary Elizabeth Heart seems like a perfect combination of Nancy Drew and Jessica Jones, set against the aforementioned backdrop of Gotham, the television series, where the city’s villains are embedded into its citizens’ daily lives.

Estelle Laure has authored such books as This Raging Light and But Then I Came Back. As someone who’s obsessed with serial killers and magic, it makes sense that she would take on a project like City of Villains.

“Everything about this series is unique for Disney,” Laure tells us. “It features familiar characters as well as some brand new ones, and it’s darker and moodier and the world itself is so different. If you’ve grown up with Disney and now feel like you’ve aged out of it and are eager for something different and more mature in theme, while still getting those beloved and beloathed characters in the mix, this is for you. There’s something so magical about seeing familiar characters like Maleficent and Ursula as teenagers with teen problems and issues, who are ALSO dealing with magic and the problems it causes.”

But what of our hero? “There’s a new character at the heart of the story, Mary Elizabeth, who is ambitious and salty, like Buffy or Jessica Jones,” Laure adds. “Her story is a winding road as she unravels the central mystery of the series, so it functions differently than a lot of Disney stories. Plus there’s a fair bit of romance for a more advanced audience. It’s just the next level for people who are grown but not so grown they don’t welcome revisiting their childhood favorites in a form they can relate to.”

Could this story be any more perfect? This needs to be on every Disney fan’s TBR list.

But wait, there’s more! Despite the fact that the first book in the series isn’t hitting store shelves until February 2, 2021, we’ve got an exclusive look at the cover, which features a couple awesome references to characters we know and loathe. 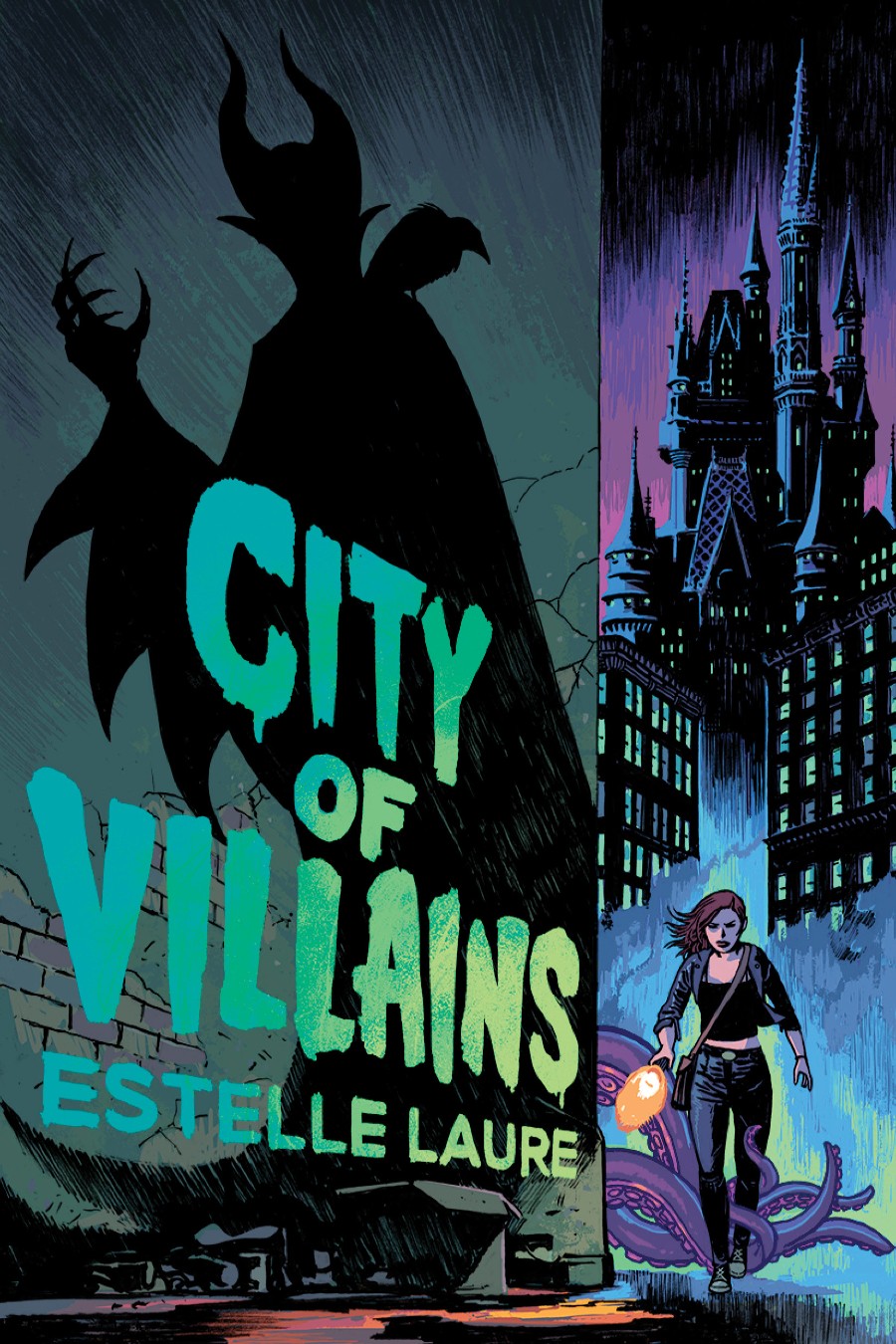 Maleficent’s shadow lurks in the foreground, while Ursula’s tentacles can be seen reaching out for Mary Elizabeth from around the corner. Cinderella’s castle looms in the background, looking dark and ominous in the night.

This is certainly a series to watch, so make room on your calendars now because early next year will bring us a new side of Disney we’ve never seen before.