We use cookies to ensure that we give you the best experience on Hypable. If you continue to visit us, we will assume that you are happy with it.
2:00 pm EDT, April 16, 2019

The eight-episode zombie drama is an easy binge with some thrills, suspense, and, of course, kills. The episodes ranging from 20-40 minutes that follow an ensemble cast that intertwine with “leading” character, Rose (Jaime King), who links up with several other survivors shortly after an outbreak and is frantically trying to reunite with her daughter.

It may sound like your run-of-the-mill apocalypse series, but Black Summer brings a fresh flavor with a frenzied, documentary filming style that places viewers in the mix. It’s an approach that seems novel compared to other carefully crafted zombie shows, but it certainly pairs well with zombies who reanimate and instantly hit a full sprint to murder someone.

The chaos erupts almost immediately and gives a relatively realistic portrayal of how both the military and civilians would be in a massive outbreak took place. It’s basically how you would envision the apocalypse going down if it happened in your city tomorrow.

People are running aimlessly through the streets, shooting, kidnapping others, stealing, and in constant danger as they try to piece together what is happening with little to no guidance from the government.

If fans are expecting a sweeping, dramatic plot with carefully placed villains, then they are in for the wrong series. Black Summer is heavy on the action and, with mini-chapters hidden in episodes, it works well for what the series wants to convey. 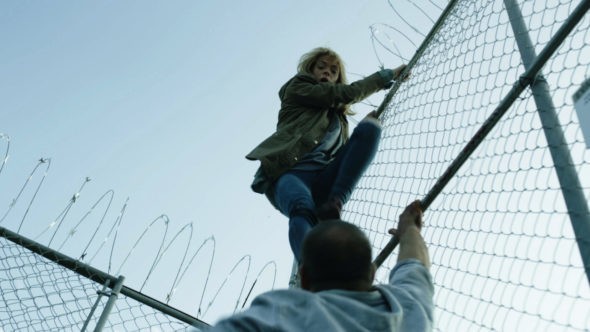 There is no overarching goal to figure things out because everyone is simply trying to not die and make it to a supposed safe zone. I personally loved how several scenes were portrayed multiple times from different perspectives (including what it is like to turn into an undead monster) without it feeling monotonous or like overkill.

There are several characters who pop up and leave before a true connection is established but that’s the nature of this genre. There are people who make it to the final episode who will shock viewers and others that are painfully predictable.

On the downside, Black Summer does manage to somehow stick filler into its short first season.

There are a couple of episodes where several characters spend the entire time going through one ordeal that wasn’t really necessary to move the story forward. It’s a forgivable offense because one, it is entertaining and two, the filler isn’t made worse with bloated dialogue.

As expected, it’s not smart to get overly attached to any of the characters because they die quickly and things shift before you can blink twice. The people that you almost want to root for end up dead quicker than you could imagine and a couple of people have some interesting twists to their origin story.

If viewers are looking for answers at the end, then they will be disappointed. There are only more questions that pop up, which sets things up nicely for the story to continue. Overall, Black Summer isn’t groundbreaking TV, but it takes a look at a popular genre from an interesting perspective.