‘Beetlejuice! The Demos!’ offers fans a look at the musical’s cut songs

In 2020, we’ve all been sadly deprived of musical theatre (among many other things). But there is solace to be found in additional material being released from one of our favorite shows!

Beetlejuice the musical was a surprise hit on Broadway in 2019, amassing a very loyal following of fans. Its run, like so many other Broadway shows’, was cut short in March 2020. (Though not all hope is lost: there is a production of the musical slated to open in Seoul, South Korean next summer!) When Hypable spoke with composer Eddie Perfect a year ago, he said, “there are probably about 25 cut songs from Beetlejuice.” Now, he is giving us a chance to hear some of them!

Beetlejuice! The Demos! The Demos! The Demos! features twenty-four demos from the musical, all sung by Eddie Perfect himself. It’s available on all major music platforms from Ghostlight Records, and serves as a terrific companion to the Original Broadway Cast Recording. Half of the songs are ones that ended up in the finalized Broadway show, and fans can have a good time looking for the slightly changed lyrics or cut verses. But even more exciting, at least for this writer, are the songs that were cut entirely somewhere between the musical’s 2015 inception and 2019 opening night.

For superfans of the show, this is a great opportunity to see characters and plotlines being fleshed out. For aspiring writers, it’s a compelling look at the process of crafting a Broadway show, and the myriad revisions any piece will go through. To that end, Eddie Perfect also recorded commentary about every single track, explaining its genesis and history. It can be found at this YouTube playlist.

So many of the cut songs are so good – it’s a testament to the quality of the show, that even the deleted material is a joy to listen to. Of the cut songs, there are three sets that stand out as highlights on the album.

Right off the bat, we are treated to several attempts at crafting the opening number. Good opening numbers for musicals are hard to come by, just because of how much work one song has to do in order to get the show moving. Give or take some unusual gems like “Ohmigod You Guys” or “Good Morning Baltimore,” opening numbers are very rarely a highlight of the show. Beetlejuice’s “The Whole Being Dead Thing” is also in that rarefied company, as evidenced by its selection as the show’s Tony performance.

But the path to “The Whole Being Dead Thing” kicking off the show saw several excellent songs discarded, and the collection of these openers provides a fascinating look at Perfect’s process. First up is “Death’s Not Great,” the song that Perfect was inspired to write before he was even chosen to be the musical’s composer. The song is terrific, a magnificently melodramatic ode to the indignities of death. The dichotomy between the sardonic lyrics and their epic delivery is hilarious.

We can see why these opening numbers didn’t make it to opening night. “Death’s Not Great” is really funny, but it’s not quite as friendly and welcoming as “The Whole Being Dead Thing,” which was needed to win over audiences. “The Hole” isn’t high energy enough. And “Gotta Get Out of This House” was cut for logistics reasons: apparently no one wanted to spend the limited budget on crafting a scene of Neanderthals around a fire. 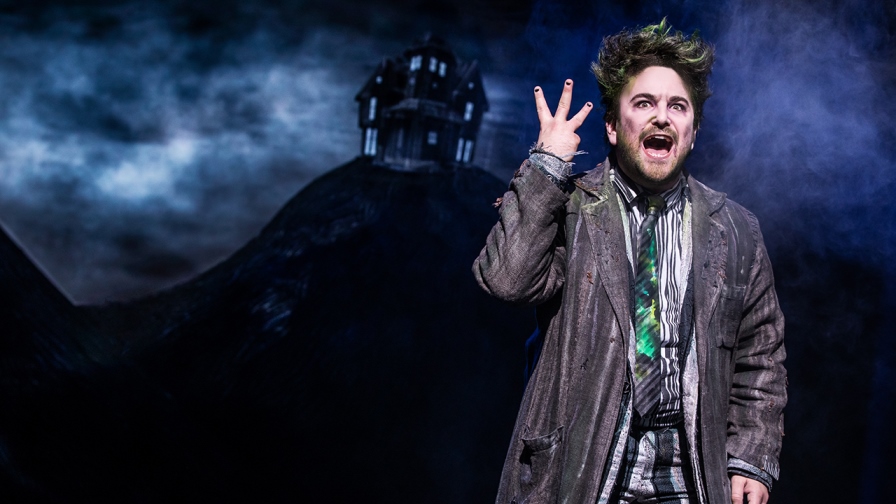 Apparently Charles Deetz was far less likable in earlier drafts, which leads to this writer’s favorite cut song from Beetlejuice: “Sign Yourself Over to Me.” It features Charles proposing to Delia in song, in perhaps the least romantic song of all time! The proposal is a crass ode to capitalism, getting more and more awful as it goes. Honestly, it’s a proper villain song for Charles – it will make any listener’s jaw drop in horror at least three times.

As a dramatic counterpoint, “A Little More of Your Time” was intended as an Act 2 opener, where Charles discusses how hard it is to know how to be a good father. It’s a genuinely touching number that does really good work at humanizing Charles. Its exclusion is unsurprising, since the song is too sweet and sentimental to kick off Act 2, but these two songs are impressive in the range they paint for Charles Deetz. 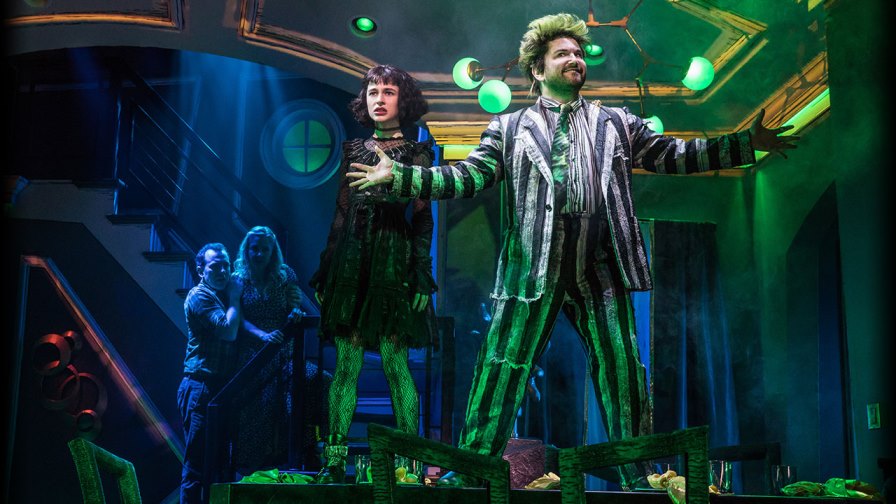 There’s a point in Act 2 of Beetlejuice where the Maitlands have a big song before the action move to the Netherworld – in the finalized show, this is occupied by “Barbara 2.0.” But thanks to The Demos!, we learn that there was a lot of scrapped singing and storylines on the way there.

Originally, the Maitlands’ inability to commit stemmed from a miscarriage Barbara had a while back in an entire scrapped plotline. This came to a head in “Children We Didn’t Have,” which is absolutely heartbreaking. (It’s also an incredibly rare song that talks about the tragedy of miscarriage, so it’s great that the song is finally seeing the light of day). This song was actually in the pre-Broadway production in Washington DC, and it’s the song we most wish we could have the original cast record. Kerry Butler was doubtless fantastic at performing this song, and was reportedly displeased at its deletion.

But, as Perfect puts it in his commentary, “Who knew, a miscarriage in a comedy would be a bummer.” The whole plotline didn’t fit tonally with Beetlejuice, so it was scrapped, and the song was replaced with “What’s Left?” It’s a fantastic power ballad, and the only reason it was cut was that Perfect felt the Maitlands had quite enough ballads to be getting on with. Still, this song is another gem. 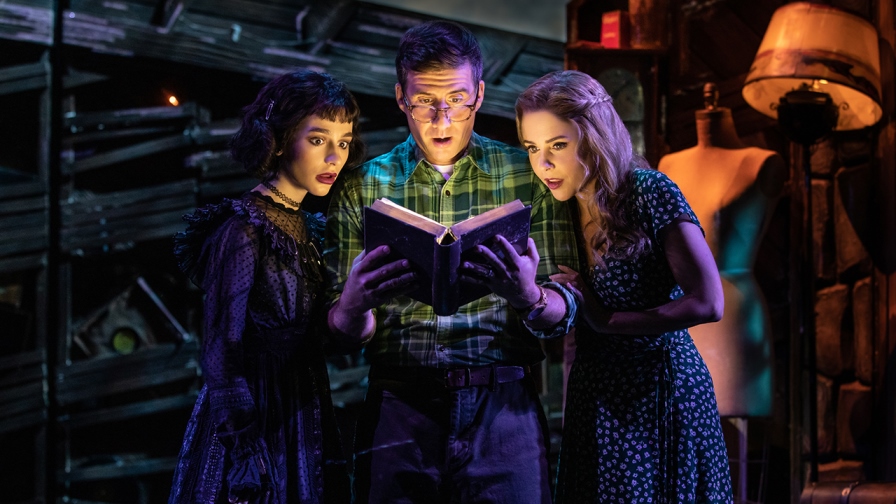 The Start of a Pattern?

There is always so much material that gets cut when crafting a musical, which is a years-long process with a lot of creative considerations. As fans of musicals, we always clamor to hear the cut stuff. As we can’t help but notice that this is the second time in as many years that we get to hear cut songs from one of our favorite musicals.

Of course, we should note the two cases are different – one is a studio recording with a Broadway cast, the other is demos that were never meant to see the light of day. (And if that’s not 2019 versus 2020 in a nutshell, we don’t know what is!) Plenty of composers would be hesitant to release their demos, but as Eddie Perfect said in the intro,

The world’s gone to hell… We’re all gonna die… why die with these things on a hardrive?

So here’s hoping this is the start of a bold new tradition! Heaven knows theatre geeks need something to occupy us until Broadway turns its lights back on. In the meantime, which musical would you want to hear the cut material for? And which Beetlejuice deleted song would you like to have kept in the show?