On Batwoman season 2, episode 17, Kate returns… only she’s controlled by Circe and tricking those closest to Kate into revealing information that leaves them in a compromising position with Black Mask. Meanwhile, Alice grieves for Ocean.

Batwoman season 2, episode 17 finds Ryan, Luke, Mary, and Sophie dealing with the return of their beloved Kate Kane, who is still acting strangely after her encounter with Alice and Jacob on the previous episode.

But, despite their blind hope, it’s not really their Kate back with them… it’s Black Mask using the Circe inside of her to discover all of the Bat Team’s secrets, leaving Ryan’s life in danger when he discovers she’s the Crimson Knight of Gotham. 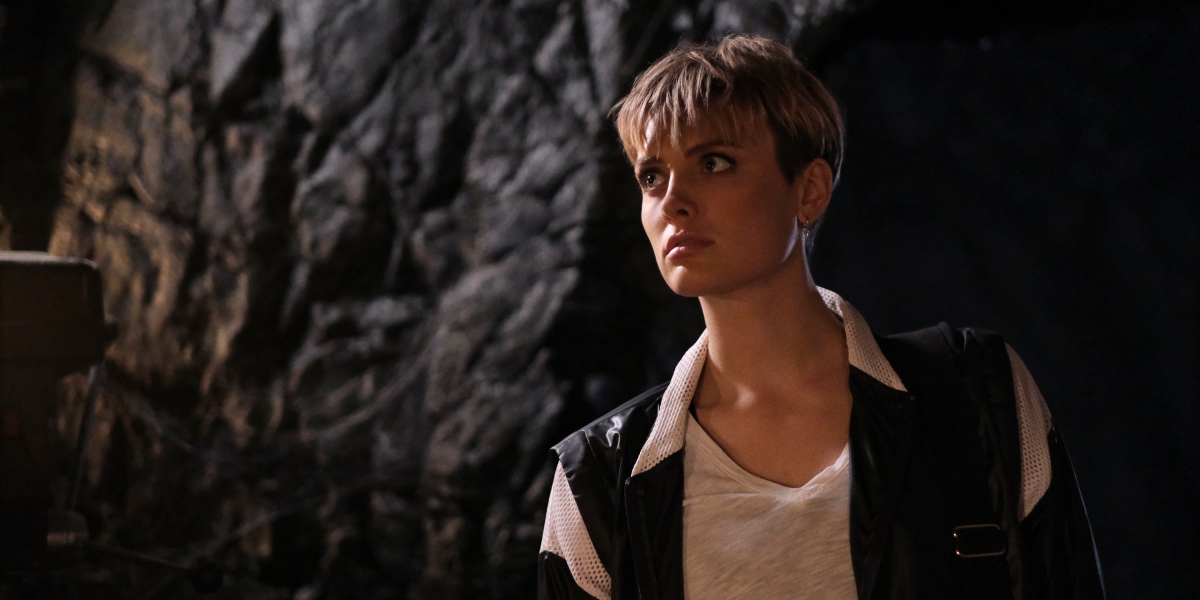 I wouldn’t necessarily say Batwoman season 2, episode 17 is the strongest of the season, but it’s definitely an episode that keeps you gripped to the screen until the final moment. As the penultimate episode of the season, everything is building to a breaking point, which we’ve definitely now hit as nowhere in Gotham is safe from Black Mask… especially for Ryan.

So much is going down in Gotham (possibly a little too much?), it’s leaving our beloved Bat Team on edge. They’re eager and vulnerable to the allure of having Kate back in their lives, not looking for the downside to such a complicated situation.

I’m intrigued and quite excited to see how the events of the finale play out and where we’ll be left when the show returns for season 3. If there’s anything Batwoman season 2, episode 17 proves, it’s how much the writers can pack into an episode (in such a way that feels satisfying and earned). So shit is about to go down in this final hour. 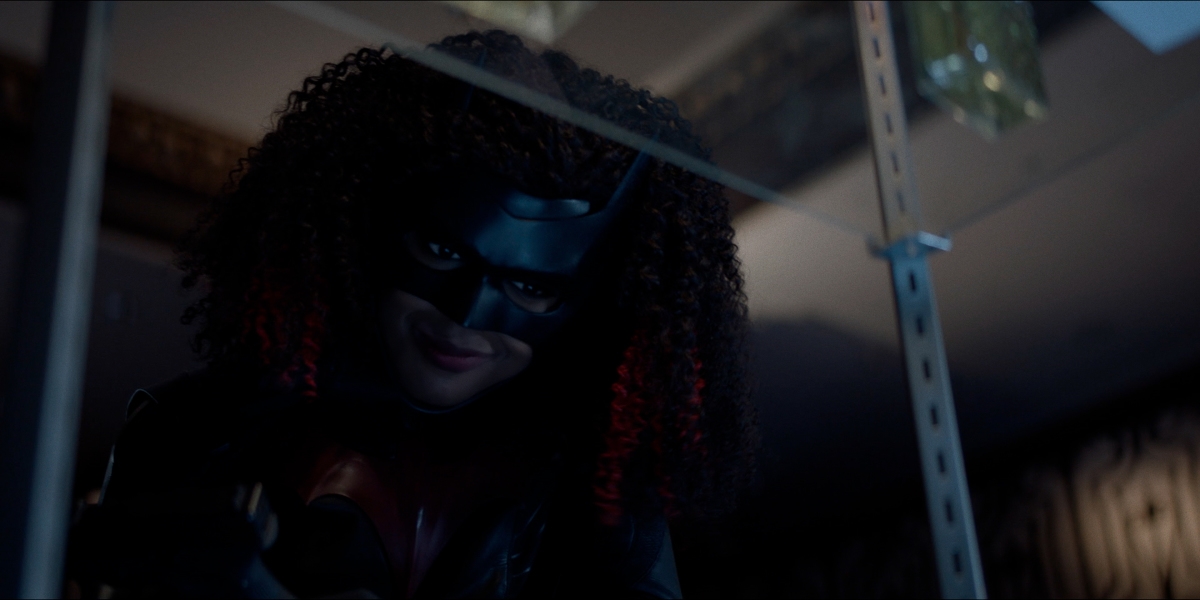 Batwoman season 2, episode 17 is a very powerful episode that brings Ryan’s story full-circle, kind of, with another false arrest for drug possession. This time she manages to break through to someone, her parole officer, and reveals her secret. What could go wrong (other than this woman being murdered)?

It’s rough to watch Ryan go through this again, especially after everything she’s gone through to protect Gotham. It’s traumatic and going to have a serious impact on her when it has time to settle in, but first she has to figure out a way to stop Black Mask and Kate without her Batsuit. (Which has been tragically destroyed by a piece of kryptonite that, uh, is in short supply on this Earth?)

In the finale episode, I’m excited to witness just how far Ryan has come since her introduction. She’s been through so much and is definitely proving herself as more than just another hero in a world full of superheroes. She feels such an immense responsibility to the citizens of Gotham, and seems to shoulder that responsibility more than even some of our other Arrowverse heroes.

Now it’s time for Ryan to prove to herself, to the fans, and to the citizens of Gotham that she is just as much a hero outside of the Batsuit as within. Ryan is someone who can inspire hope, inspire the citizens to stand up for themselves and fight back, and the possibilities for how she can handle what’s next are thrilling. Something good is on the way, that’s for sure. 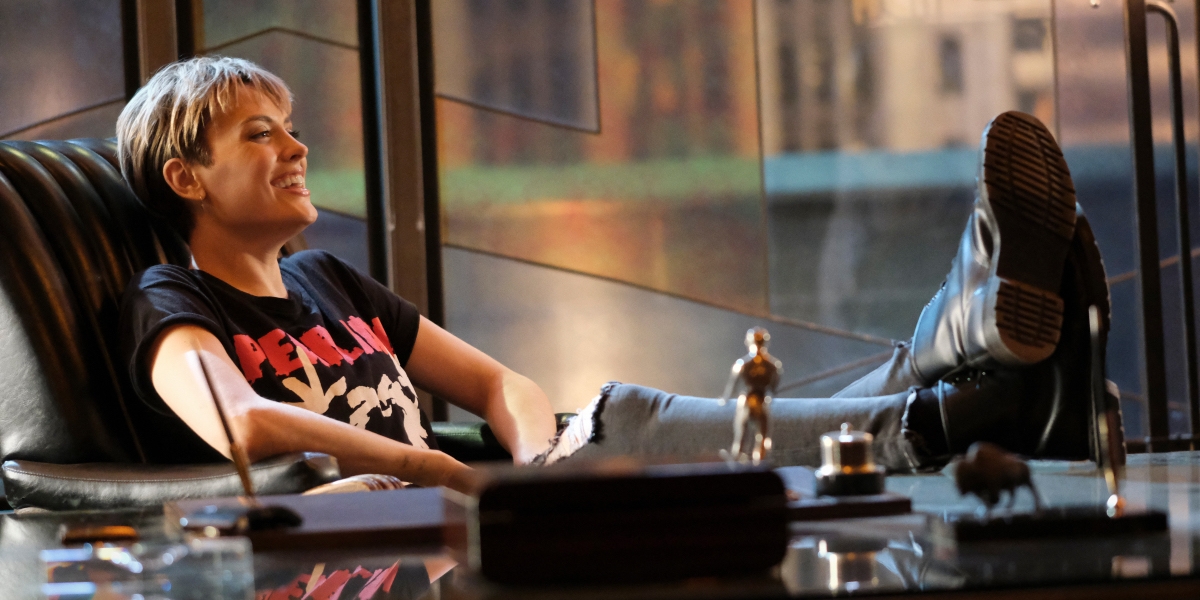 I’d have to say my biggest complaint about Batwoman season 2, episode 17 is how confusing this Kate Kane vs. Circe Sionis situation is. Now, it seems Kate knows she’s Kate, but is just embracing the Circe part of her mind? She’s recalling memories and emotions, but is pushing them aside?

It’s honestly kind of a jumbled mess at this point. It doesn’t make sense how this fantastical brainwashing stuff works, so in a show that’s pretty realistic in every other sense, this just isn’t working.

It’s time to stop. The Circe twist was pretty rad at first, but the allure quickly wore off. We just want to see Kate Kane now, and it feels like this story has been dragged out too long (even though it has just been a few episodes).

Wallis Day may have those crazy eyes down, but nobody is here to see Circe Sionis get the spotlight. We’ve been waiting for Kate, and it’s rather disappointing that we’re going to end the season with essentially nothing from the real Kate Kane, should her memory and mind even be restored in the final episode of Batwoman season 2. 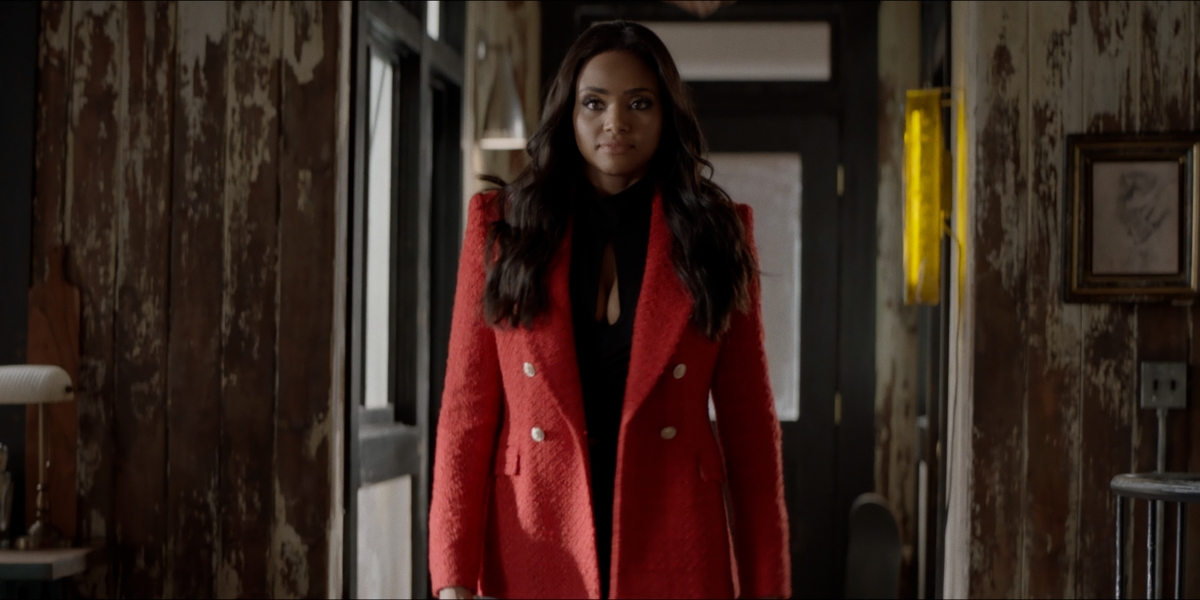 Honestly, it’s painful to watch these heart-to-heart conversations take place with fake Kate after waiting so long for them, like the conversation about Kate’s letter to Sophie.

Sophie finally allowed herself to be truly open with Kate and discuss exactly how she felt… only for it to be the “other” Kate in charge that doesn’t give a shit about what happens to Kate’s loved ones.

These first reunions after such a long absence aren’t even actually Kate. While it may be a rather interesting story, it’s just hard to watch when you’re emotionally invested in these characters and their relationships. It seems the only person we haven’t really seen Kate interact with on an emotional level is Ryan, and it’s very interesting to think about what’s in store for the two Batwomen.

He wasn’t one of your island hippies, you bitch! 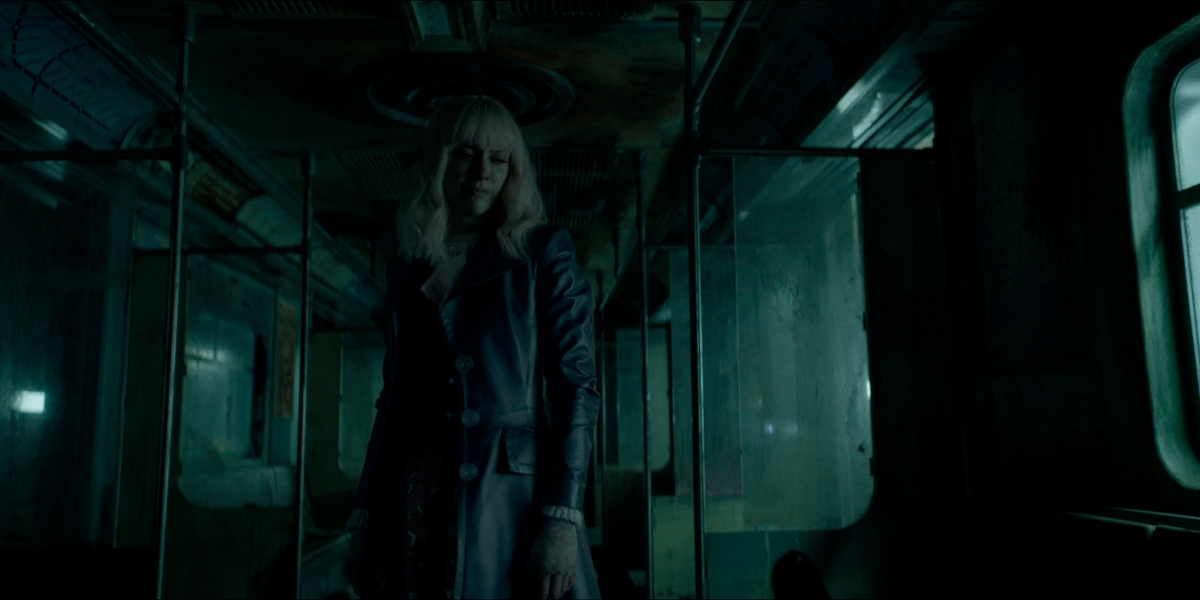 After Safiyah cruelly had Ocean assassinated by her right hand woman, Alice is stricken with grief over the man she loved and the many missed opportunities to spend her life with him and escape the pain of her past.

Get over him, girl. Move on. He may have been hot, but he’s not worth this, particularly after he guilted you for not giving up on Kate.

I mean, from Ocean’s first appearance on the show I knew this would be his fate. The villain never gets a successful love life, even if a happy ending is in store at the end of the line. Look at Regina Mills on Once Upon a Time, for example. I’m just surprised it took this long for Ocean to die, but I guess it packs a little bit more of a punch now.

Alice has now lost the only person who accepted her as is. Ocean didn’t care whatsoever about her misdeeds in Gotham, simply encouraging her to embrace their love for one another and skip town. I guess, if anything, Alice has at least learned she can love. But, in her eyes, is it better to have loved and lost than never have loved at all? I’m thinking no.

Alice is going to shut herself off again. And, as Jacob predicted, it’s going to be Alice and Kate saving each other in one way or another. I don’t know if Mary is capable of getting past her feelings toward Alice to help her help Kate. Maybe she’s on her way, but it’s going to take some time.

Her reasoning is completely justified, of course, but it’s clear the negative feelings for Alice are just too strong. Mary likely knew telling Alice that Kate was great would hurt her (and Alice is not going to be happy about that lie)… It’s interesting that Kate’s reappearance already has Mary reconciling her feelings for Alice and how to handle those after a season of wishing her nothing but destruction. 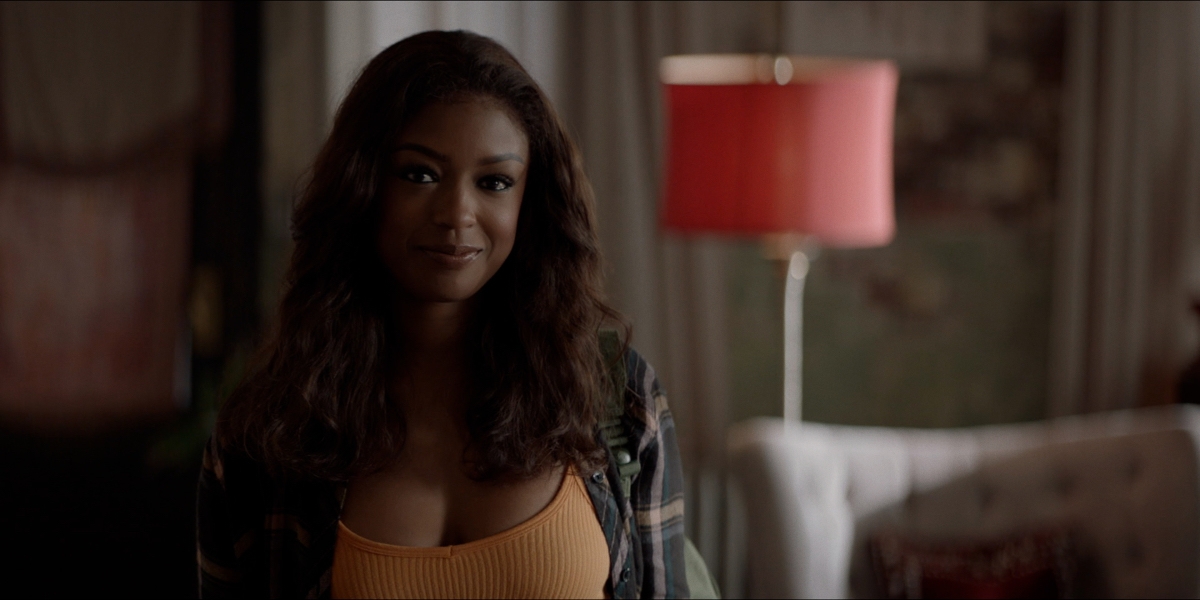 After Batwoman season 2, episode 17, my excitement could not be higher for the upcoming finale. Hopefully this Black Mask story is coming to an end and we’ll have Kate’s mind (mostly) restored well before the end, so that we can see a decent tease of what’s next for everyone before the screen fades to black until the October premiere.

As for what may be coming, I truly have no idea. Batwoman surprises in the best ways, and everyone is left in such a unique place after this episode. We have an amazing Bat Team right now, and my hope is they stick together regardless of how things go down.

But with Ryan’s identity exposed to the villains and her parole officer, she could have major trouble coming her way. Circe knows her way into the Bat Cave, too, so where is safe for Ryan to hide out? (My hope is Sophie’s couch, let’s be real.)

Whatever else may happen, we know we have Camrus Johnson’s Luke Fox suiting up as Batwing for the first time, so there’s definitely going to be something good amidst the despair of Gotham!