We use cookies to ensure that we give you the best experience on Hypable. If you continue to visit us, we will assume that you are happy with it.
9:00 am EDT, May 12, 2021

On Batwoman season 2, episode 13, a villain from Sophie’s past creates an unlikely alliance when Mary and Ryan are roped into helping her solve the mystery. Meanwhile, Alice learns what life’s like with the Sionis family.

Following the shocker of Sophie learning that Ryan Wilder is the new Batwoman, and subsequently helping prevent the Crows from discovering that interesting tidbit, Sophie is done pretending on Batwoman season 2, episode 13.

So while Cluemaster taunts Sophie with clues about what his nefarious plans are, Sophie is dropping clues of her own to show Ryan that she’s trustworthy and can be a valuable asset. But can Ryan get past her (justified) dislike of the Crows to see what’s right in front of her? 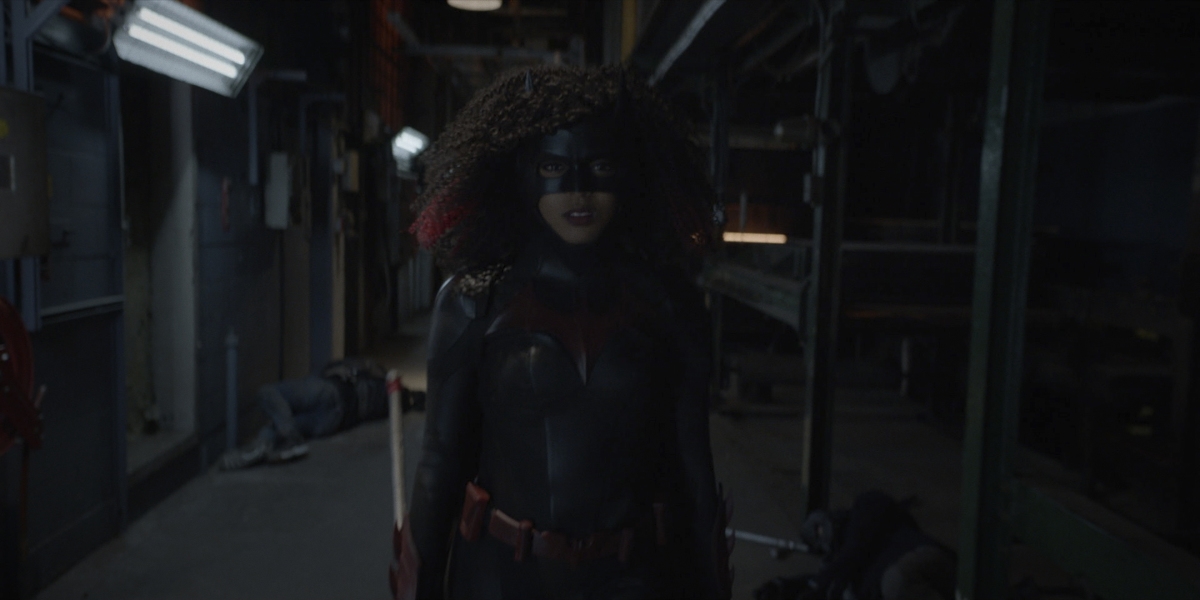 Though Cluemaster is not even remotely one of the strongest villains we’ve seen in Gotham, Batwoman season 2, episode 13 is an entertaining and engaging hour, as the characters learn enough to catch up with the audience.

The secret is out now and Ryan is aware that Sophie knows she is Batwoman. (It only took not even two full episodes, but finally… now we can get to the good stuff.) Elsewhere, Alice discovered that the masked Circe Sionis, whom she saw trampled in Arkham when she led the prisoners’ escape, is actually her twin sister… as if being tortured in a cellar wasn’t enough?

It’s nice to spend some time with these characters and watch these relationships grow. Getting a girls night mystery with Mary, Ryan, and Sophie was just perfect, and it’s so refreshing to see the relationships between these women grow, even if they’re more enemies than anything else like Ryan and Sophie. It’s sadly rare to see such care put into elements like this on television (which is part of why Batwoman is in a league of its own).

For instance, Mary and Sophie haven’t really interacted before (at least not much), so seeing their relationship defined and explored is fun, particularly because it’s clear they care a lot for one another. Sophie is comforting Mary about Jacob’s snakebite use, while Mary gives Sophie comfort after losing Kate. It’s an interesting pairing that I don’t want to lose.

So, aside from the incredible storytelling we’re seeing on a weekly basis (even the weakest episodes are stronger than the “strong” episodes on other shows), the characters alone are reason enough to watch, and that’s exactly what we see on Batwoman season 2, episode 13. 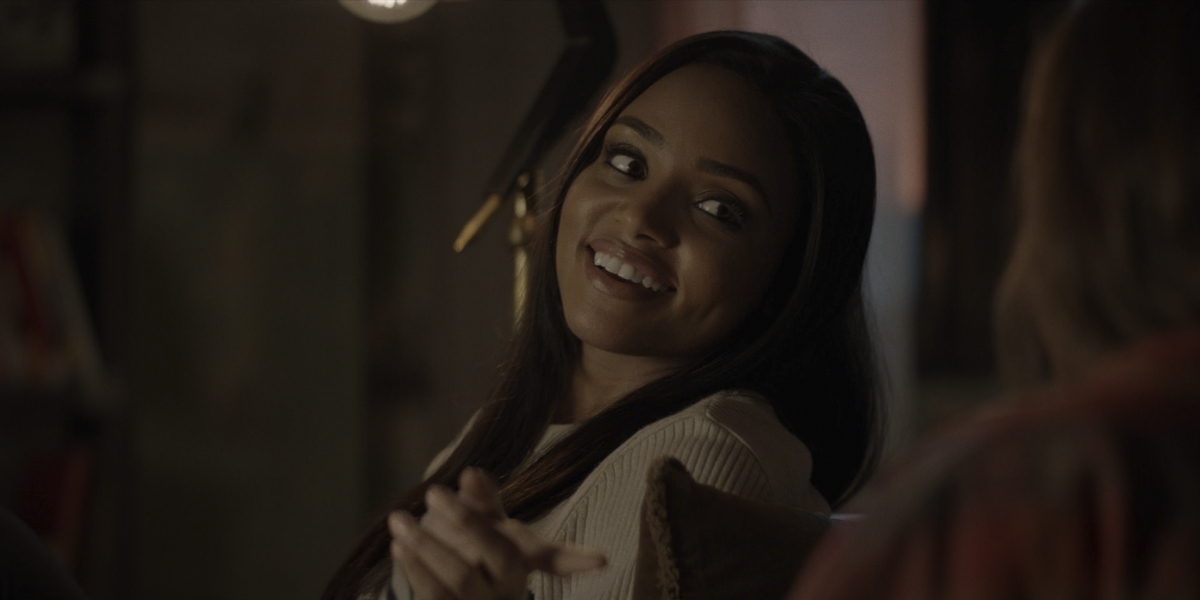 One of the most surprising elements this season, to me, is how much Sophie has grown. This is incredibly evident by the events of Batwoman season 2, episode 13. While most of the Crows would say they’re in the business to help people, it’s really to help themselves (and anyone that looks like them). Sophie is truly there to help people, even if she may have been led astray by the corrupt organization that she felt welcomed her.

I mean, on her first day Sophie decided to protect Stephanie Brown and make herself a target for Cluemaster. She didn’t hesitate. Sure, she got a promotion because of it, but it’s not like that was her intention when she made the decision. She wanted to protect an innocent person and serve justice to a guilty person. That is who Sophie is at her core.

After her development thus far on Batwoman season 2, Sophie’s beginning to help people without the Crows, seeing the corruption and injustice that she has helped enforce, and finally letting herself blossom into who she truly is… not the facade she’s been projecting to the world.

Plus, how Sophie has handled this situation with learning Batwoman’s real identity is commendable. She really screwed up when she suspected Kate of being Batwoman in early season 1, and it’s clear that Sophie is someone who learns from her mistakes. Perhaps losing Kate has made her reaction different, but perhaps it’s just a sign of how far she has come in seeing who the true heroes in Gotham are.

Not telling Ryan so that Ryan wasn’t “forced” to trust her and instead trying to earn Ryan’s trust is possibly one of the most mature reactions we’ve seen from a reveal in the entire Arrowverse. Sophie realized how she had so severely misjudged Ryan and wanted to work to make it right on her own. Given that nugget of information, it would have been intriguing to see the secret carried on for a few more episodes.

But Sophie was cracking jokes about it left and right on this episode, so maybe she couldn’t have lasted that long… It is a game-changer. 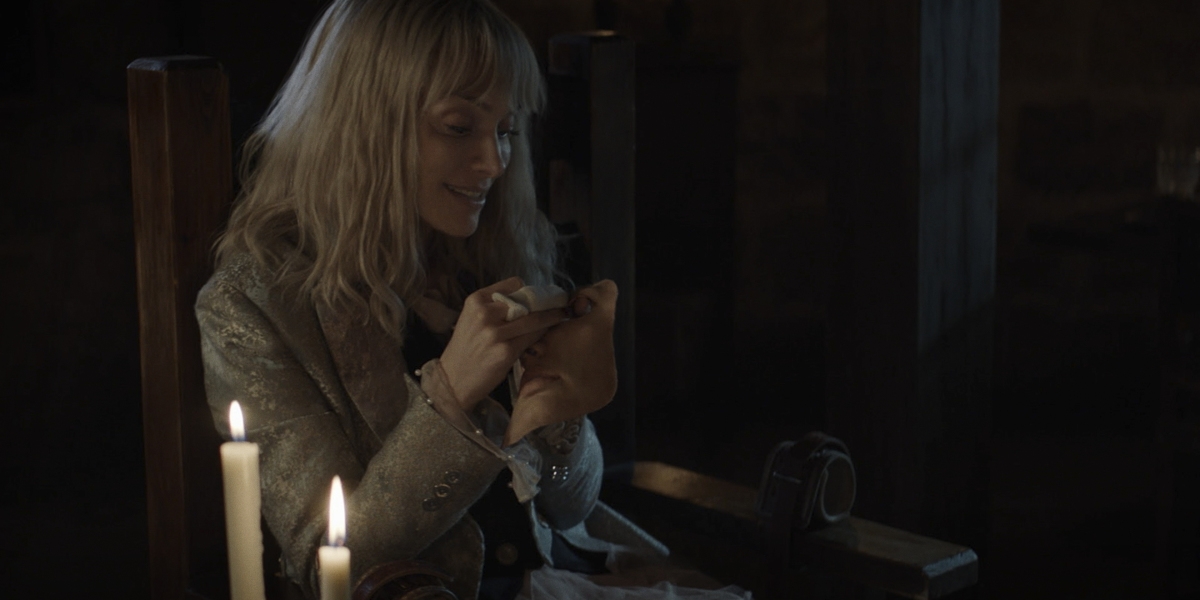 Watching Alice spar with other villains, physically or verbally (which is much more fun), is such a delight. It’s kind of incredible how well she handles herself, even if she is psychotic, after being abducted for a decade of her life. Even amidst being tortured by Black Mask on Batwoman season 2, episode 13, Alice knows how to push the right buttons to get the knowledge she needs in order to survive.

It’s certainly not the reunion we expected for the Kane sisters, but it’s rather fitting given all of the awful shit they’ve been through in their lives. It’s interesting how Circe is so unlike Kate, giving up information that Kate would be too smart to let slip. It took Alice all of two minutes to figure out who her captor and Gotham’s most wanted criminal is. Yikes.

Anyway, now both sisters have dealt with the realization of losing and, subsequently, finding their sister, something that may be able to bond them further when Kate’s memories are restored. The problem for Alice is convincing her sister that she’s not actually the insane Circe Sionis without being killed.

One thing that’s tripping me up about this entire story is the face issue. Kate’s face is extremely disfigured from everything she went through around the time of the crash, yes? And it seems that there’s no way of healing those burns, at least not entirely?

So Alice has now created Kate a face, based on Circe Sionis’ picture… and that is actor Wallis Day’s face. Alice said the only imperfection was the eye color, meaning the face is otherwise exactly like Circe’s. So, when Kate regains her memories, is she just going to be walking around willingly with the face of her abductor’s daughter, a convicted murderer?

It just doesn’t make any sense to go this route. Circe should have had a different face, and Black Mask should have had Kate undergo reconstructive surgery to attempt to make her look like Circe, leaving off at the in-between of Wallis Day’s face, which is how Kate would/will look when she’s healed. This whole skin-swapping thing is weird, so I’ll try not to think about it too much, I guess.’ 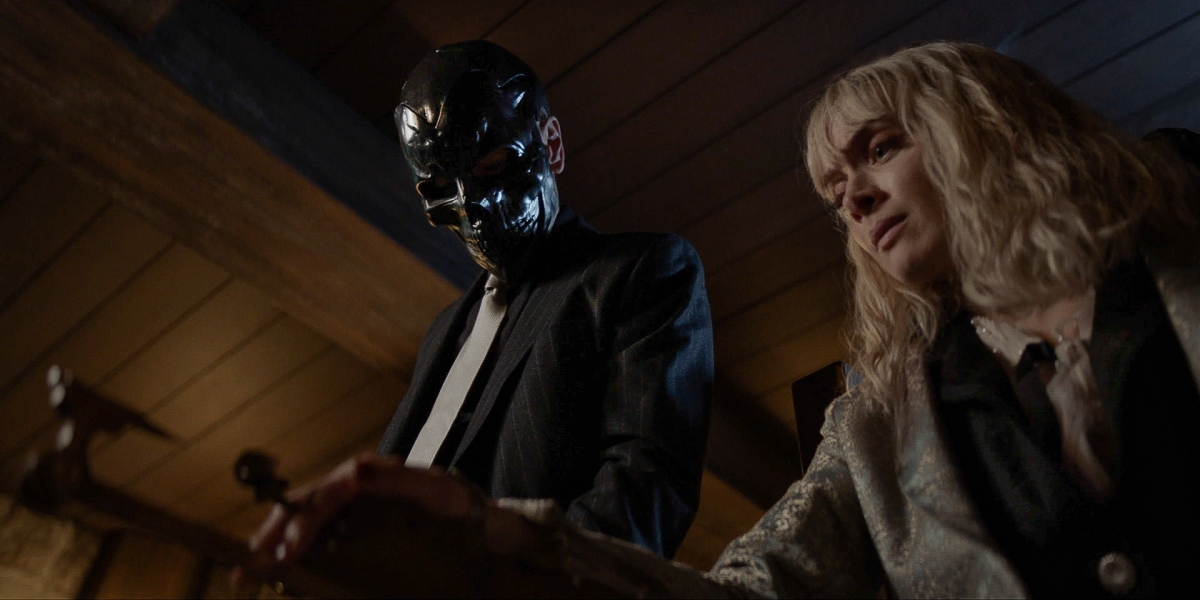 Batwoman season 2, episode 13, as discussed, is another great episode. However, I was rather uninvested in the Cluemaster and Spoiler bits of the story, which were far less entertaining than just watching the girls try to solve the clues and work together early on. If we never saw Stephanie Brown again, I think I’d be fine with that, honestly.

Though it was nice to watch Luke nerd out with her, I think I’ll pass on the romance. It’s criminal that we haven’t seen much of anything between Mary and Luke when that seemed like the next romantic pairing we’d see explored. We want that instead, please.

The beginning of Batwoman season 2, episode 13 is exactly what I love to see from Ryan, though. Kicking ass, taking names, and telling off the Crows for being just terrible at their jobs. This vendetta Jacob Kane has against Batwoman is so tiresome and needs to end soon. 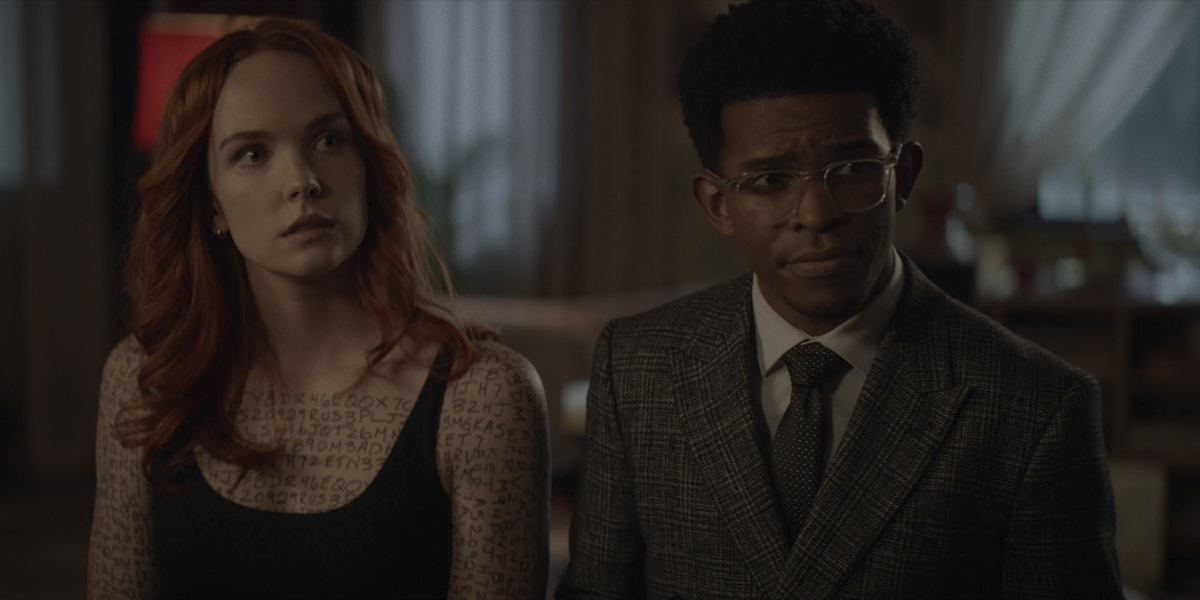 Speaking of Jacob Kane, am I the only one pulling for him not to make it off of his self-inflicted snakebite overdose? Sure, it would be nice to see the Kane family reunited fully, but at this point he’s irredeemable. His vendetta against Batwoman for no decent reason and failure to protect anyone except the rich and privileged in Gotham are reasons enough I will never be on his side. Let’s just get rid of him already.

Also, the phone call he had with Alice where she begged for his help certainly destroyed any hope for that relationship to be repaired in the slightest. If there’s anything we know about Alice, it’s that she won’t let that go until he’s dead (and even then maybe not).

I’m ready to see the rest of Batwoman season 2 play out with secrets (mostly) out in the open. As I keep saying, things are changing drastically in Gotham. By season 3, we may not recognize the show (in a good way) from where we are now.