We use cookies to ensure that we give you the best experience on Hypable. If you continue to visit us, we will assume that you are happy with it.
3:32 pm EDT, April 14, 2021

Ryan’s fight begins with the False Face Society and Black Mask after Angelique’s false confession for the murder of Commissioner Forbes on Batwoman season 2, episode 10. Meanwhile, Jacob gets a visit and unexpected dose of snakebite.

Batwoman season 2, episode 10 puts Ryan’s community center idea on the fast track, opening with the center’s open house that is the target of an attack. Meanwhile, with Angelique behind bars, Ryan is determined to have the truth come out and her girlfriend released.

There’s a lot going on during Batwoman season 2, episode 10, as well as a new face introduced that has already played an interesting role in events prior to this episode. With a face and a reoccurring role, what new damage could she cause? 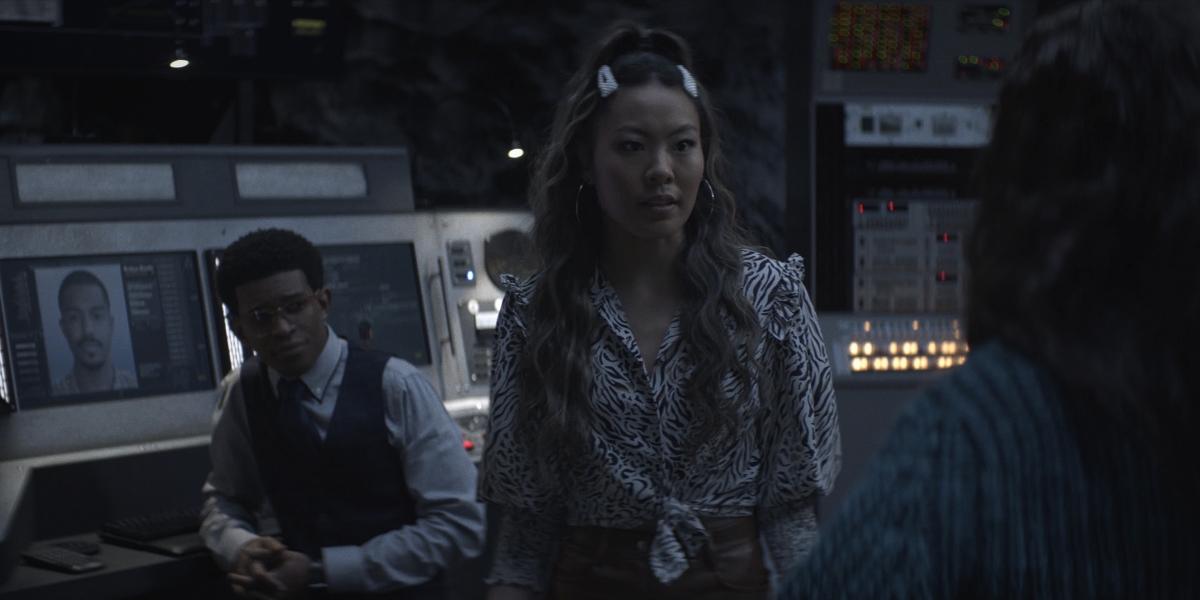 What an episode. Batwoman season 2, episode 10 proves that even as you buy time to move the overarching story forward, you can still deliver an insightful, powerful, and well done episode.

This is the perfect example of how the show has changed this season (for the better), giving a voice to the Black community and showing how the system is rigged against them in so many ways. Introducing Ryan Wilder to this world has opened up so many doors and allowed the show to have so many teachable stories, it’s honestly inspiring.

This is what television can be when those in charge are concerned with the message they are delivering and making sure they are showing marginalized communities in a positive light. Batwoman will be leaving a lasting legacy for this alone. 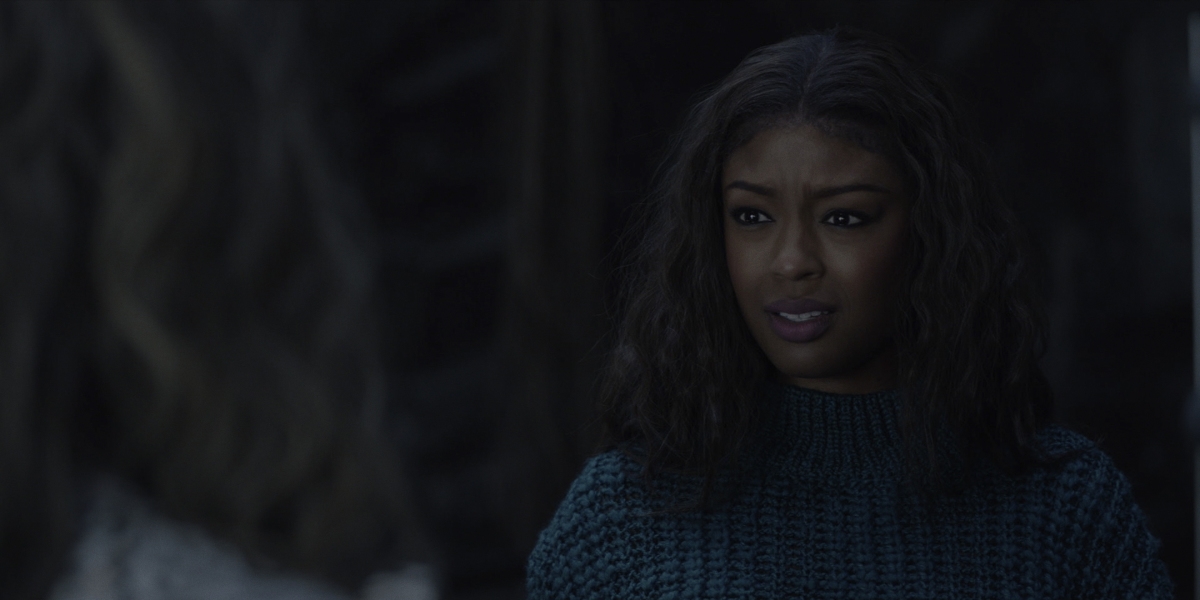 This story on Batwoman season 2, episode 10 was predictable in the best way. I mean, who didn’t expect a rich, white man to be behind the repeated attacks on refuges for at-risk youth?

A villain like this is exactly the kind that Ryan would be stopping and Kate, likely, would not. (Not because Kate wouldn’t want to, but because she wouldn’t be as involved in this side of Gotham as one of the city’s elite.) This is what defines Ryan as a hero, and it’s refreshingly different from other superhero stories.

Now, I’m not saying this was their strongest villain by any means, but it’s perfect for a “filler” episode such as this, and I hope we see more of this type of educational and real storytelling in future filler episodes. 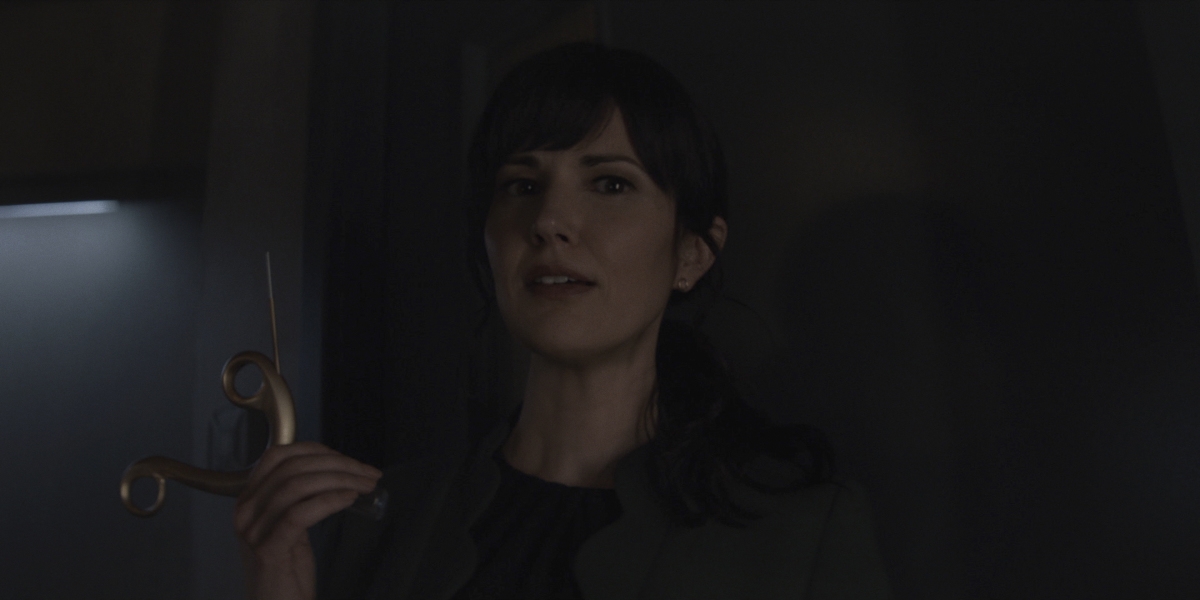 Honestly, each passing episode has me rooting for Ryan and Angelique less and less, and Batwoman season 2, episode 10 is no different. We’re actively seeing how hard Ryan is willing to fight to get Angelique out of jail for something she didn’t do, but where was Angelique when Ryan was? What makes it worse is Angelique was the reason Ryan went to jail, yet the reverse is not true.

At least Angelique acknowledged how little she understood about what Ryan gave up for her, I guess, but it doesn’t fix anything. It doesn’t make her more likable. It doesn’t make their relationship any better.

The fact that it took until she was in jail (only for, like, a week), too, to understand what Ryan went through for 18 months for her is truly despicable, in my opinion. Ryan’s entire life was torn apart, and Angelique truly believed she had already made up for it.

This shows how devoted Ryan is to those she loves, but I wish Angelique were no longer one of those chosen few. She’s unbearable, and I can’t believe we now have another arc revolving around her with Black Mask having her kidnapped.

As for Black Mask, I’m very interested in how this rivalry between he and Batwoman will play out. Ryan’s more determined than many other heroes to put a stop to this villain, which could potentially take an intriguing but devastating toll on her. She’s in a fury to get him and could easily make a regrettable mistake.

The Enigma of it all 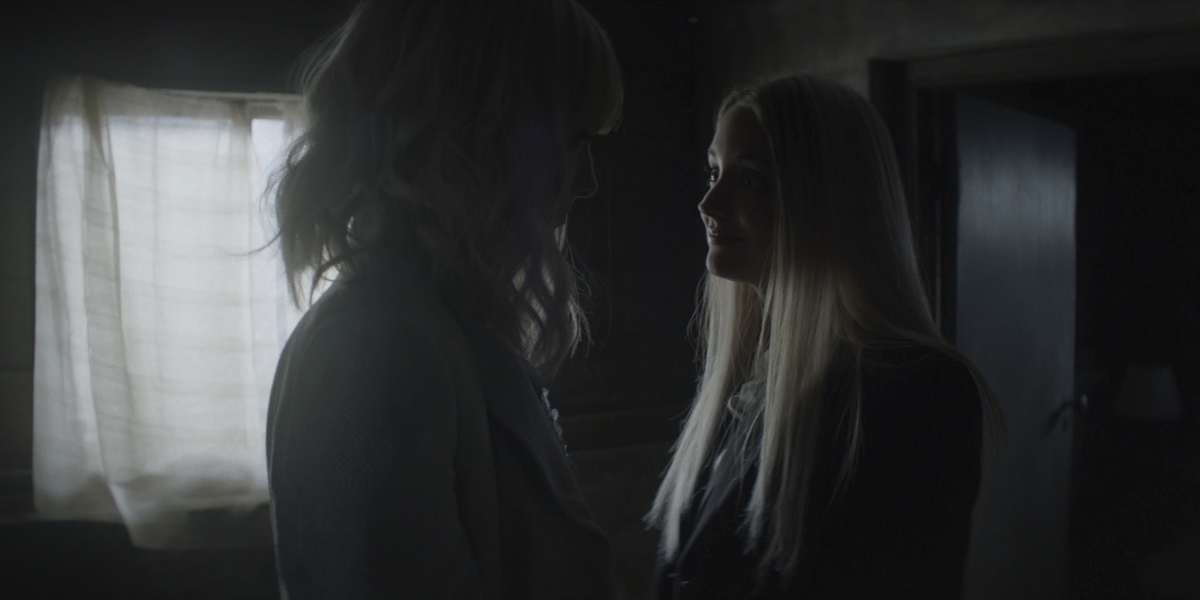 How I love Julia Pennyworth… After discovering Kate’s “remains” (whatever those may actually be), Julia returned to the Crows to the unsettling discovery that she’s missing time and memories of events that unfolded over her search for Kate.

Although entirely unexpected on Alice’s part, she helps Julia realize what happened: Safiyah’s minion, Enigma, wiped her mind. So, Julia’s effort to discover the truth and take down Enigma is now tied into Alice’s plan to find her, which is a disastrous mix. Alice will do whatever it takes to get what she wants, which Julia should know from the scar on her side where Alice plunged a knife into her.

I cannot believe we got Julia back on Batwoman season 2, episode 10 just to lose her again after Enigma wiped her memory and convinced her to transfer to Berlin. I mean, a super spy like Julia should have left herself a note or something in case the situation unfolded exactly how it did and she needed a reminder of what she was fighting, right?

Sophie’s suspicious, at least, but will she catch her ex before this flight takes off and leads to lasting consequences? Still, Alice knows who Enigma really is and where she is operating, and that will sure cause some fun.

Anyway, I’d love to see Alice and Julia as a team again in the future. Neither of them give a shit about how their words impact the other, and it’s incredibly fun to watch. Who else would have taunted Alice like that, especially after already receiving a stab wound from her?

Despite their many differences, they pair together so well. It would be fun to see them work toward a common goal that doesn’t divide interests at the end, as this Enigma search did. What mischief they would cause. 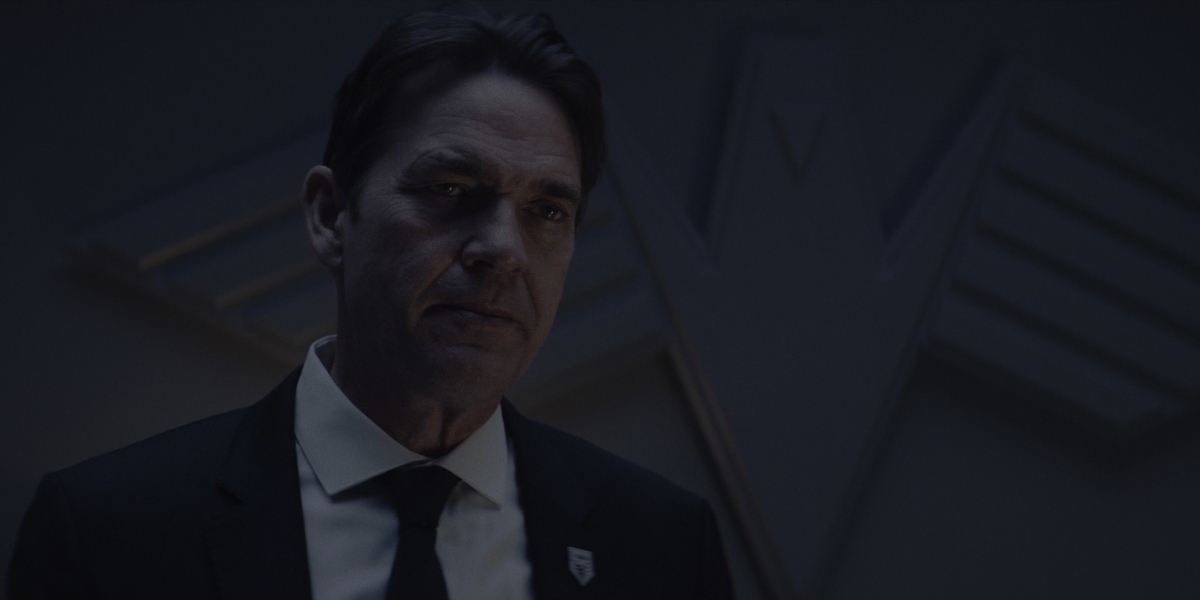 Jacob Kane has gotten into quite a bit of trouble on Batwoman season 2, episode 10. After being dosed with snakebite (we really need to talk about the security for the Crows’ parking garage), he’s now hooked, as it gives him a heartbreaking chance to do right by Beth/Alice.

This being an escape for his grief is going to cause even more problems, and it’s certainly not surprising that the Crows are so unquestioning of their leader that he’s able to get high in his office. Is anyone even going to catch on besides Sophie?

Even though she’s a villain, I’m invested in Enigma/Dr. Rhyme and how she’s manipulating everyone. Such a subtle villain, and I find that remarkable given her skillset. However, I’m quite shocked at the good advice she gave to Jacob about Mary during their therapy session. Surely there has to be a plan for that to go wrong in the coming episodes.

Alice listening to the tape of Jacob admitting why he liked snakebite and what it got him was such an emotional moment in very conflicting ways. It’s an interesting start to these two ever possibly rebuilding some kind of relationship, if that could even be in the cards at this point. 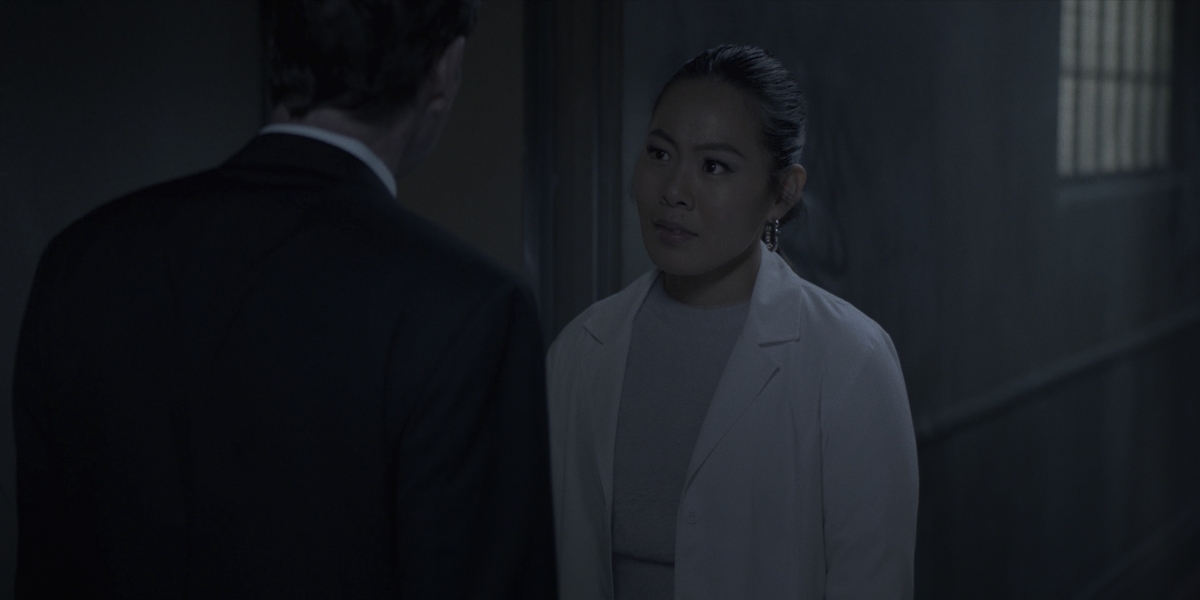 The best thing to come from Batwoman season 2, episode 10 is Mary deciding to reopen her clinic. She put so much love, attention, and care into that place, it was devastating to see Jacob and the Crows destroy all of her hard work and the goodwill that the community had.

Mary’s likely going to go about it differently, trying to make it legit, so I’m excited to watch her battle to create real, lasting, and legal change in the darkness of Gotham. And when Jacob inevitably gets in her way again, I’m ready to watch Mary tear him apart.

That said, it’s very interesting how Mary pointedly said she doesn’t report overdoses like other clinics are required to, given that Jacob is now an addict. Will he come to his daughter for help in the future so he doesn’t lose his esteemed position in Gotham? There’s a healthy family conflict.