American Gods season 3 is officially returning in January, as the adaptation will continue to bring Neil Gaiman’s famed novel to your screens. War is brewing and the Old Gods, brought to America, are losing their place of prominence as New Gods (technology, media) gain more and more attention from the masses.

This resource will be updated regularly as American Gods season 3 news continues to arrive. 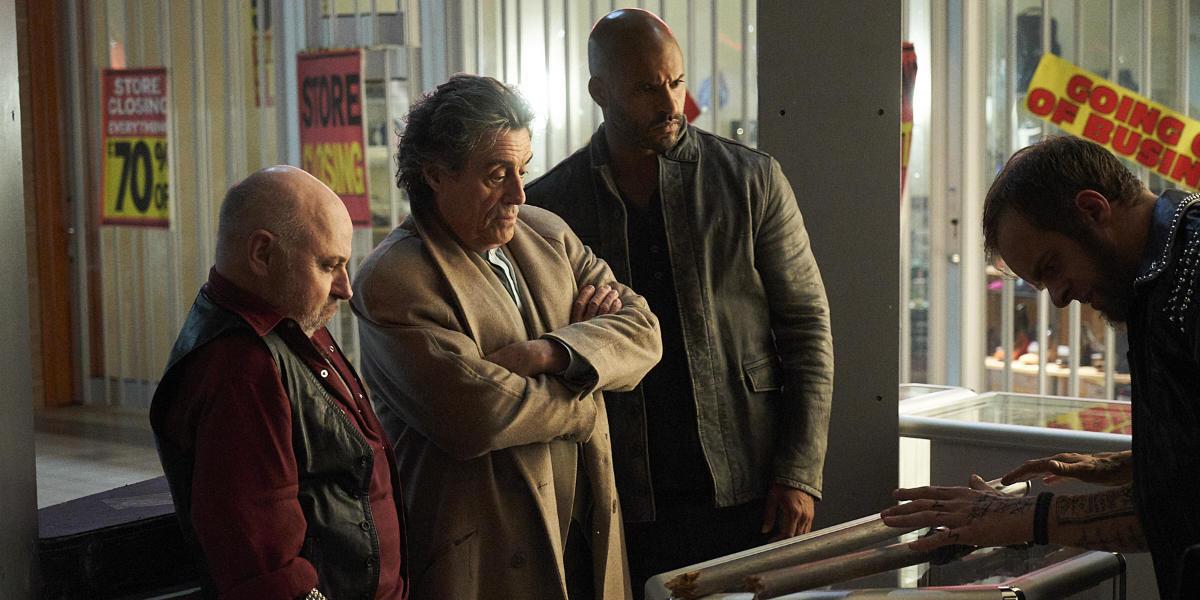 American Gods season 3 will officially premiere on Sunday, January 10, 2021 at 8 p.m. ET! The series will also be airing on Amazon Prime Video for international fans starting the following day on Monday, January 11, 2021.

Neil Gaiman, American Gods creator and executive producer, released a letter along with the news of the new season for fans of both the novel and the television series:

When we embarked upon making Season Three of “American Gods,” we had no idea how timely it would turn out to be. We knew we wanted to return to what people loved and responded to in the book: that it was time for Shadow to go to the little town of Lakeside and try to lose himself in normality.

And at the same time, in Season Three, we wanted to focus on the characters and their journeys. To show Shadow forging a path guided by the Gods of his ancestors, becoming more himself while deciding who he is and what side he’s on — humanity’s or that of the Gods. We knew also that we wanted to continue to root the show in the landscapes of America. To explore what “America” means to its people and to talk about immigrants — about the very different people who came to this remarkable land and brought their gods with them. The new gods of phone and app and glitter demand our attention and our love, and the old gods want to mean something again.

America must be for all of us, and “American Gods” must reflect that. This season truly feels as if it does. It’s full of drama and emotion, the very real and the utterly strange, and it features some of the finest performances the show has yet seen. It brings back favorite characters, some in remarkable new ways, and we will encounter people and gods we’ve never met before. I’m proud of our brilliant cast — of Ricky and Emily, of Yetide and Ian, Bruce, Demore, Omid and all the rest — and of what the writers have done to bring the story back on track.

The struggles of the gods and the people in Season Three of “American Gods” are the struggles of America. We didn’t think it would prove as timely when we plotted it, nor did I think the novel would still be relevant when I wrote it over 20 years ago. But I’m glad it’s happening now, in a year when it feels as though diverse stories are being heard, and honored, and allowed to change the future.

Thank you so much,

Everything you wanted to know about when American Gods Series 3 is starting in the US. (I've seen finished cuts of the first 4 episodes and rough cuts of all of them. It's really good.) (And it starts internationally the following day.) pic.twitter.com/6YMnL9vEzn

STARZ will also prepare for the American Gods season 3 premiere will a marathon of the first two seasons. Beginning on Saturday, January 9 at 12:00 p.m. ET fans can watch the first eight episodes of the series. Then on Sunday, January 10 starting at 12:20 p.m. ET fans can jump right back into all eight episodes of season 2, leading up to the premiere of American Gods season 3 at 8:00 p.m. ET!

Shadow attempts to break away and assert himself as his own man, setting down roots in the idyllic snowy town of Lakeside, Wisconsin, where he’ll uncover a dark secret while exploring questions of his own divinity. Guided on this spiritual journey by the gods of his black ancestors, the Orishas, Shadow must decide exactly who he is—a god seeking veneration or a man in service of the “we.” 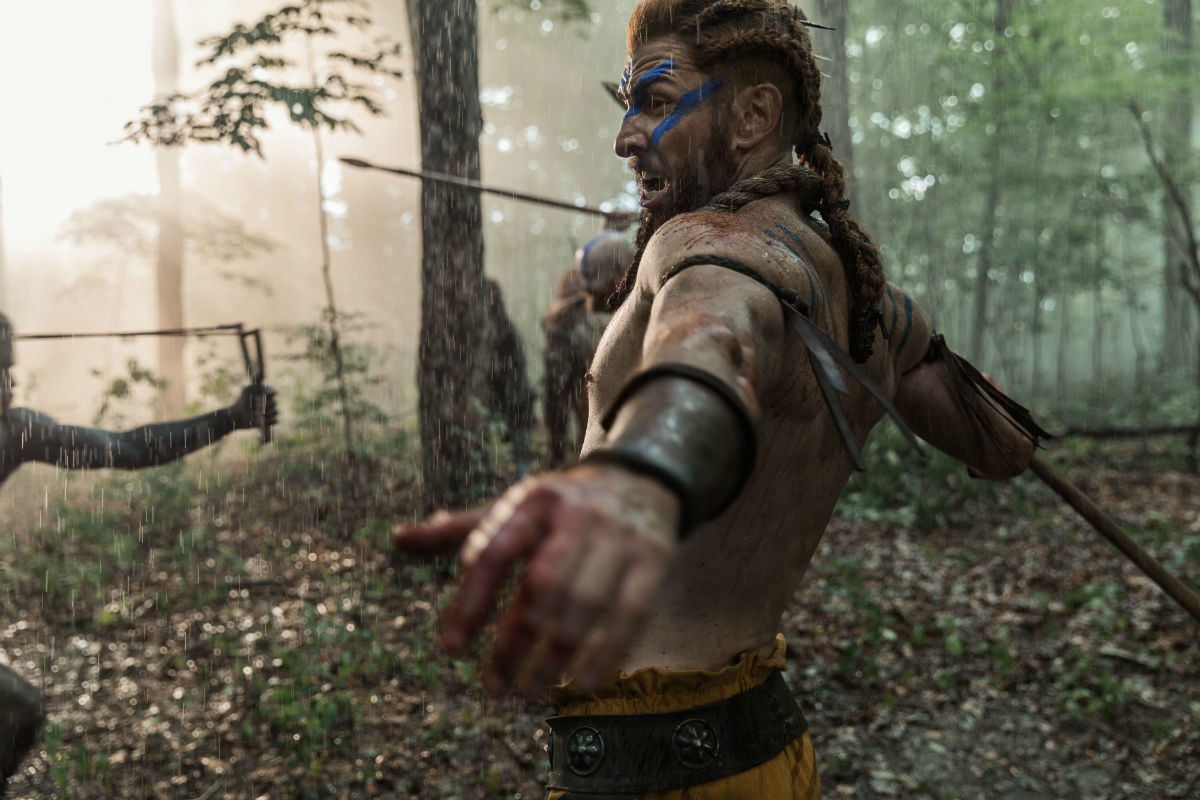 Over the course of season 2, our writing duo, spoke at length about what this new 360-degree view of American Gods is doing for the character of Shadow Moon.

We also saw a shift in Laura Moon. Following the departure of Mad Sweeney, Laura arrives fired up and ready to kill Wednesday who is on the lam. Her relationship with Sweeney has been one of the highlights of the series so far. Unexpected and deeply raw in its ability to strip these two overtly angry people to their core.

The second season brought in a few new faces, while transporting viewers to locations such as Cairo, Illinois and “Backstage” at the House on the Rock. Mr. Ibis, Mad Sweeney, and the duo of Salim and the Jinn grew exponentially in their respective roles providing a more complex examination of the people penned by Gaiman years ago.

The New Gods ushered in an update with New Media, the hologram, emoji-lovin’, viral sensation. Gods were killed and rendered obsolete. Other grew closer with human counterparts fostering intimate and intriguing relationships.

The division between the Gods is murky at best. What role do these humans play? What will this war cost them or the Gods? And what of the Gods who have an investment to both the cause and the cost? The Jinn and Salim are two other characters who have benefited greatly from the space to expand their story.

Not only does their romance blossom, but the complications of their relationship — one tied to serving Wednesday, another choosing to go on that journey — has proposed new and exciting threads for the series to pick up and explore in season 3.

The book can only answer so much. For the rest, we’ll have to wait for American Gods season 3.

Want to rewatch American Gods season 2? You can stream the show for free if you are already a Starz subscriber using your cable credentials, or by adding a Starz package to your existing Hulu or Amazon streaming subscription. 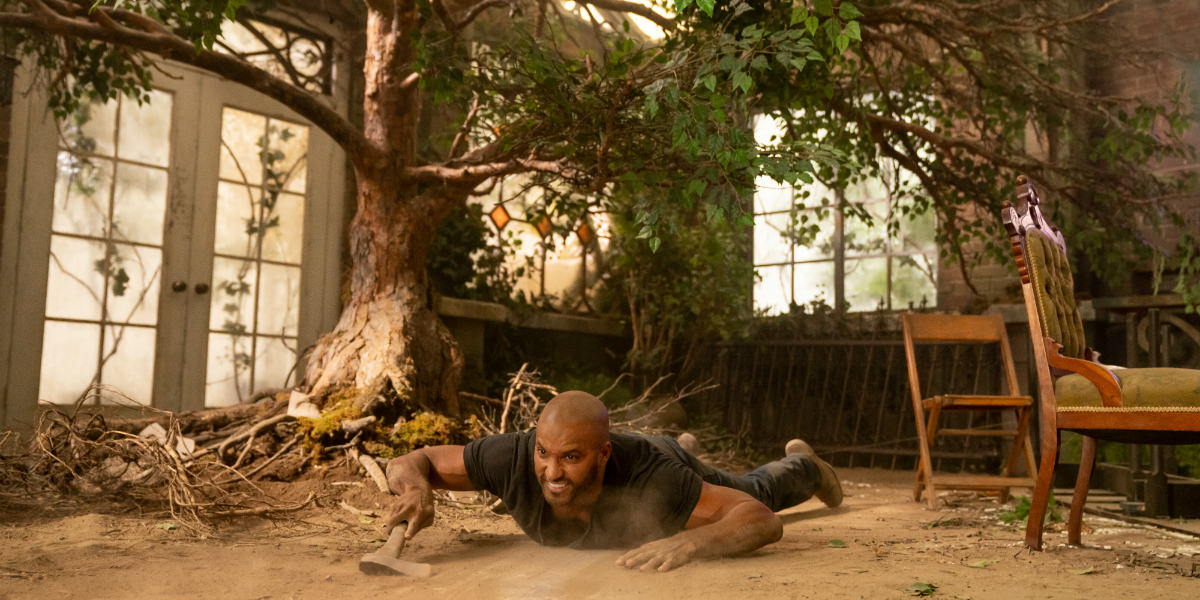 After delays around the premiere of American Gods 2, early speculation about the future of the series began to rise. Would the creative turnover and production delays entice Starz to bring back the series for another round? Fans of the book were aware that the story is far from over, and confirmation that American Gods season 2 would not make it beyond one of the pivotal locations in the novel. Would dipping our toes in this water be all for nought?

With season 2 getting a premiere date, almost two years after the end of the first season, more news about the production began to emerge. In September 2018, it was revealed that Jesse Alexander, the new showrunner, was no longer active on the series.

The cast and creator spoke with Hypable at New York Comic Con in 2018, clarifying that some of the behind-the-scenes drama surrounding the delays of season 2 was blown out of proportion. Gaiman said, “If you actually wind [the cited article] down to actual facts, what happened was we had a script for the finale that didn’t work. And rather than rush it through…we get the script right and then we shoot it.”

In a statement, Neil Gaiman said that the two have already begun discussions around the third season and that he is “delighted that [Eglee] gets to carry the American Gods torch on to glory.”

And as fans of a well-done, unexpected, and riveting adaptation, who wouldn’t want to rally behind the man whose vision is being brought to life? 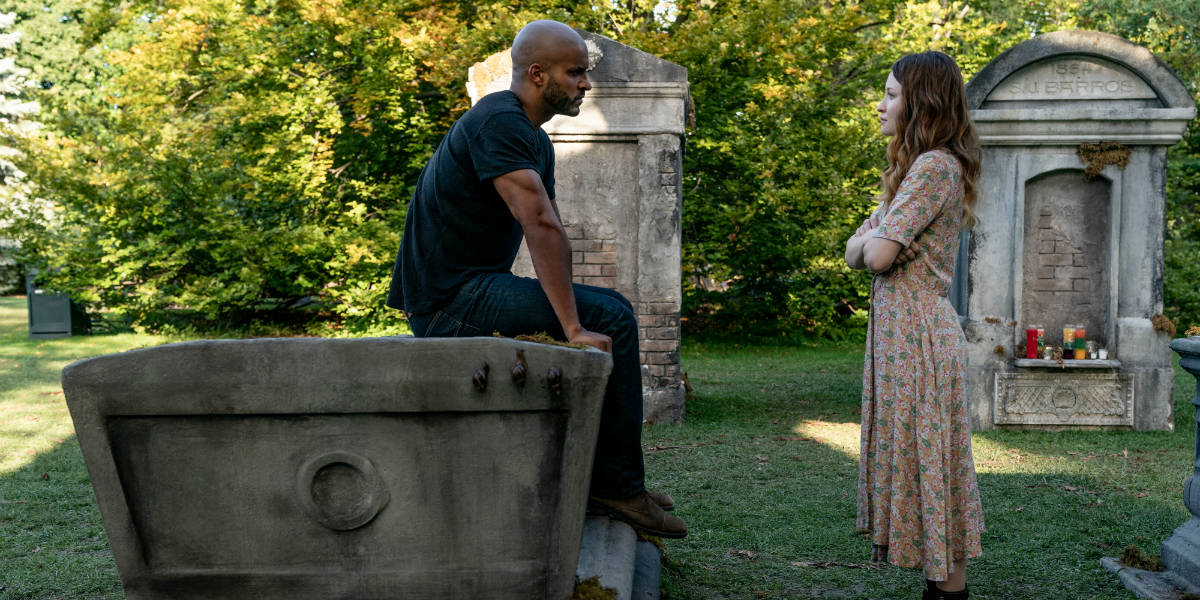 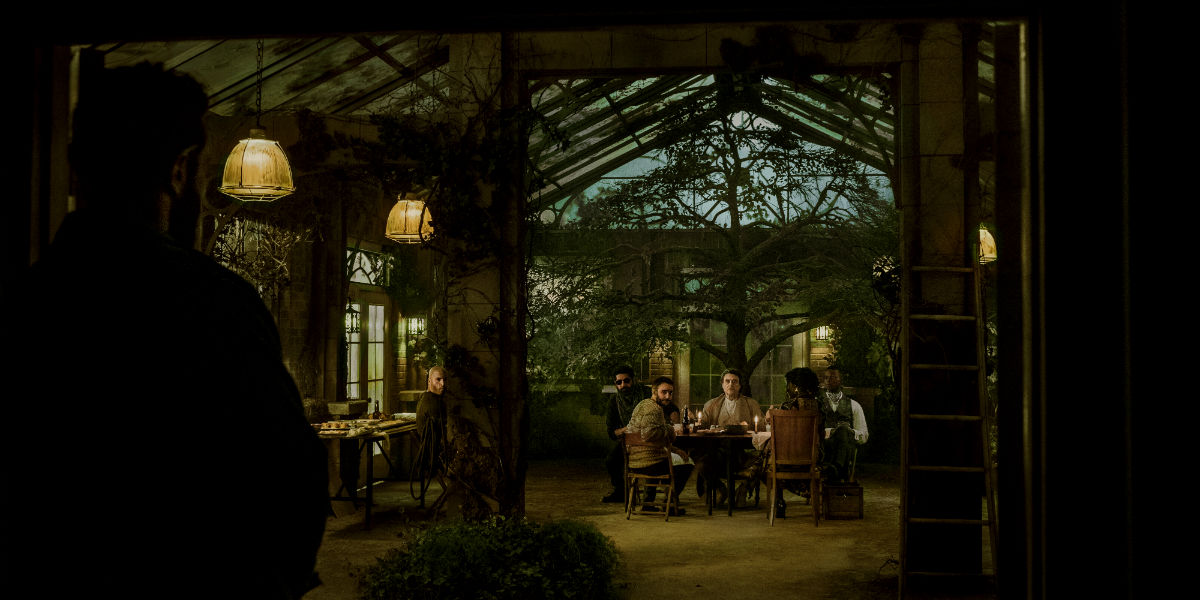 Joining the cast in season 3 are:

The season 2 trailer provides an overview for where the story took us from season 1, especially visually. The journey of Shadow Moon across America has left him at a literal crossroads in American Gods season 2. As the story unfolds, Shadow gets further and further from the answers, and Mad Sweeney’s warning rings louder as the season inches towards a conclusion — there is always a cost to working with Wednesday.

House on the Rock, took us backstage, more “Coming to America” stories were twisted into the narrative in unexpected ways, expanding the mythos of our Old God regime and Shadow’s history. Mad Sweeney and Laura Moon grew closer together as Wednesday did his best to tear Laura and Shadow apart. And the New Gods felt immense loss as their journey to gain power turned out to be more complicated than expected.

Disorder in the ranks, led to several heated confrontations. Gods were lost, new Gods were born and Yetide Badaki’s Bilquis delivered a performance highlighting the complicated situation most of the characters find themselves in – how do you choose between the glory of the old days of worship and the gifts and ease of the new world order?