‘The ABC Murders’ review: A satisfying, albeit empty, murder-mystery

Amazon’s The ABC Murders follows an aging Hercule Poirot as he attempts to catch a serial killer who chooses victims based on their alliterative names.

John Malkovich is the latest actor to portray Agatha Christie’s famed detective, Hercule Poirot. In 2017, that title belonged to Kenneth Branagh, who took on the character for Murder on the Orient Express. But the two representations couldn’t be further from each other.

The ABC Murders gives us an old, disgraced, doubtful Poirot. He may be vain and unsure of himself, but he has not lost his sharp wit and eye for detail. Malkovich leans into the subtlety of the role: He is polite and soft-spoken, but forever determined to right past wrongs and keep his promises to the dead.

Malkovich is joined by Rupert Grint as Inspector Crome. It’s not a standout role for the actor, but the character is allowed to grow across the three hour-long episodes. He’s a bit of a dimwit to start, though this appears to be for the sake of reminding us Poirot is much smarter than London’s police force. Still, it’s always refreshing to see Grint in an adult role, and a period piece no less.

Rounding out the main players is Eamon Farren, who depicts the titular A.B.C. This is no spoiler, as it’s revealed within the first few minutes of the premiere episode. His role is by far the most interesting, and Farren outshines even Malkovich in his nuanced portrayal of the character. Rather than wondering who, you’re left questioning why he is perpetrating these murders.

The series was directed by Alex Gabassi (The Frankenstein Chronicles) and written by Sarah Phelps (The Witness for the Prosecution, And Then There Were None). The latter is important; given that The ABC Murders was written by a woman, it’s only right that the adaptation also have a female scribe.

The story itself speaks to the dangers of fame, arrogance, and frivolity. Poirot, while brilliant, is not immune to the consequences of hubris. It reminds us that your past never stays buried, especially when you find yourself in the spotlight. It’s an appropriate subject given today’s era of accountability. 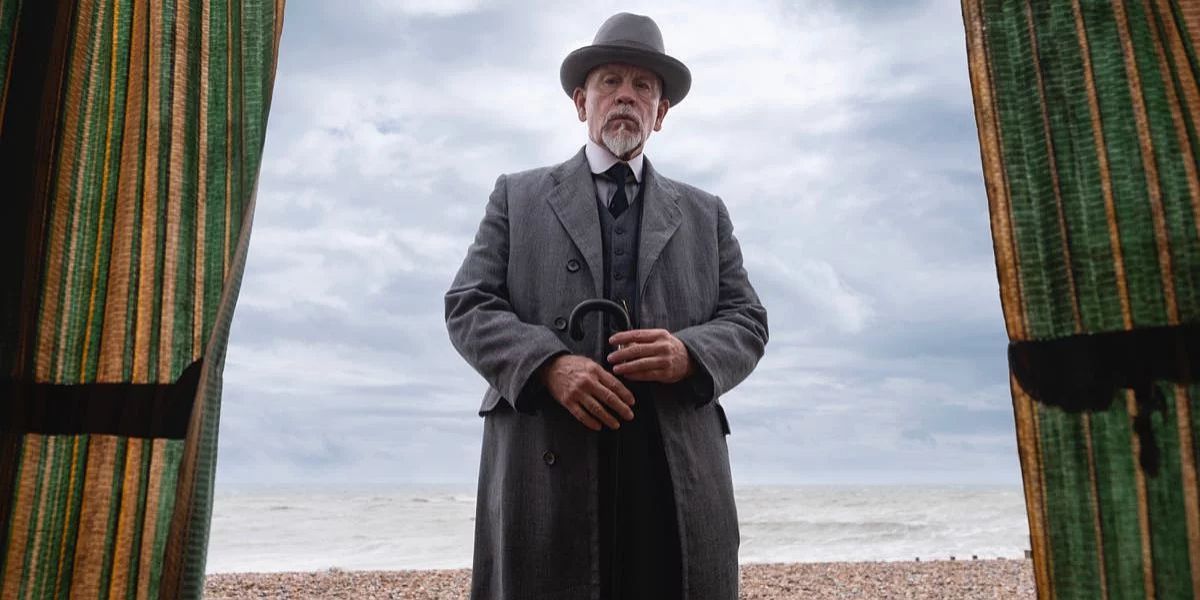 “Such vapid nostalgia for the gentle past,” Poirot utters. “Cruelty is not new.”

And nor will it ever disappear. The ABC Murders is not subtle in its parallels to today’s current political climate. Poirot has been living in England for 18 years, and yet he is still seen as an outsider. Most people don’t even take the time to understand where he came from and why. They simply see him as “other” and ostracize him, sometimes even going out of their way to belittle him.

The topic of immigration and nationalism is a constant thread throughout all three episodes, and though the series makes it a point to emphasize how wrong it is to discriminate against migrants, especially refugees, it never offers a solution. Much like Poirot dealing with his many critics, the series seems to think holding your head high and enduring the torment is an acceptable solution.

While that is an admirable action, it’s also a privileged one. Poirot is a white man. If he hadn’t been a well-known detective and if he didn’t have an accent, no one would be aware he was Belgian instead of English. People of color immigrating to England do not get that benefit of the doubt. Their status as something “other” is established before any sort of interpersonal engagement.

But you wouldn’t know this by watching The ABC Murders. The immigrant struggle falls squarely on Poirot’s shoulders alone.

Without comparing it to the original work by Agatha Christie, as there are several apparent changes from the source material, The ABC Murders serves as an interesting, if somewhat underwhelming, murder mystery. The whodunit (or, rather, the whydunit) aspect of the series remains its strongest asset. Not everything is as it seems, and the final reveal at least has the potential, if not the gumption, to satisfy those who frequent the crime thriller genre.