Aladdin‘s 2019 remake did many, many things right. But did the musical moments live up to the tracks laid down in the 1992 Disney classic?

Aladdin is now available on Blu-ray, digital, on your iPhone, computer, TV, and just about every other platform that would have been unimaginable in 1992. I cannot imagine watching the animated feature without the sound of opening the plastic VHS case, the wave of disappointment that comes with the realization that the tape is not rewound, or the fuzzy lines of the ancient box TV doing its best.

But here we are in 2019, with not one, but two versions of the film to enjoy. The live-action remake of the film was surprisingly enjoyable. Unlike Beauty and the Beast and the not-so-live-action Lion King, Aladdin captured a specific beauty that the animators of the original were only able to sketch in broad strokes.

I think the film is gorgeous and well-made. That said, we’re here to talk about one specific feature of each — the music. “A Whole New World,” “Friend Like Me,” “One Jump Ahead,” these are the songs that I ran around singing in the pool, dressed as Jasmine for Halloween, and on long car trips (I miss those red Disney cassette tapes). The 2019 film did a lot that I, surprisingly, enjoyed far more than the animated version.

Related: The live-action Aladdin fixes past mistakes, and is better than the cartoon

So, who did it better? The 1992 Disney animated classic or the 2019 Disney live-action feature?

‘Aladdin’ soundtrack: Which is better? 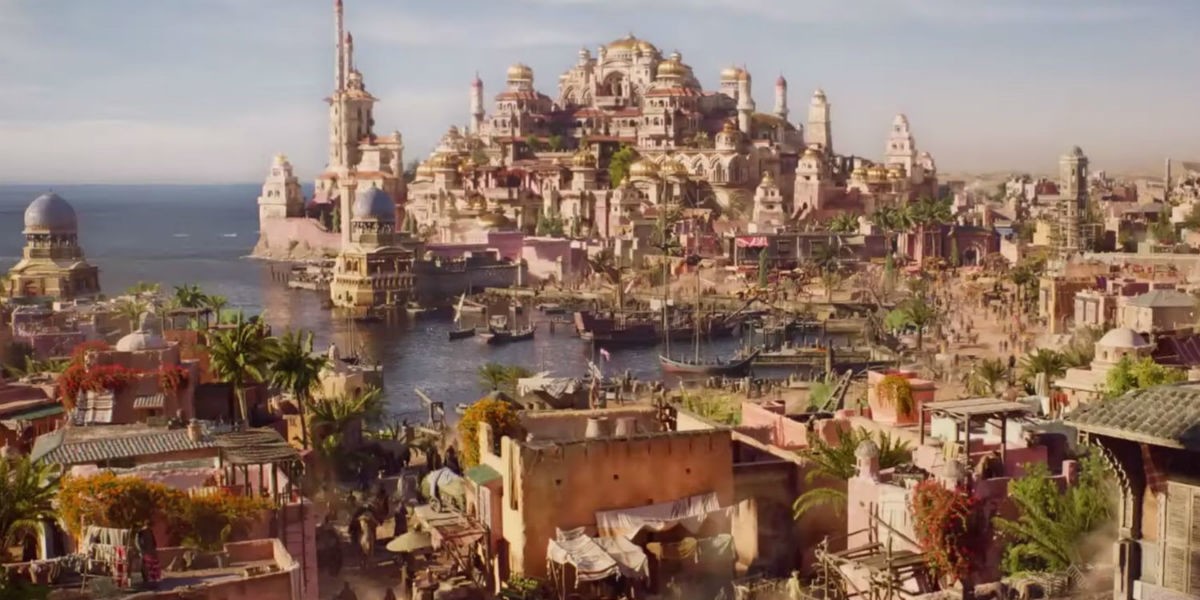 I’m not a huge fan of Will Smith’s singing voice, but the opening of Aladdin sets the bar for every other live-action attempt of the Walt Disney Studios team. As mentioned, the movie does a brilliant job building Agrabah, the culture, the people, filling in the world that was, at best, barely sketched in the original. And there is no better look at it than in the opening shots of “Arabian Nights.” (For a more detailed look at the production design, check out this Disney’s World of Aladdin special!) 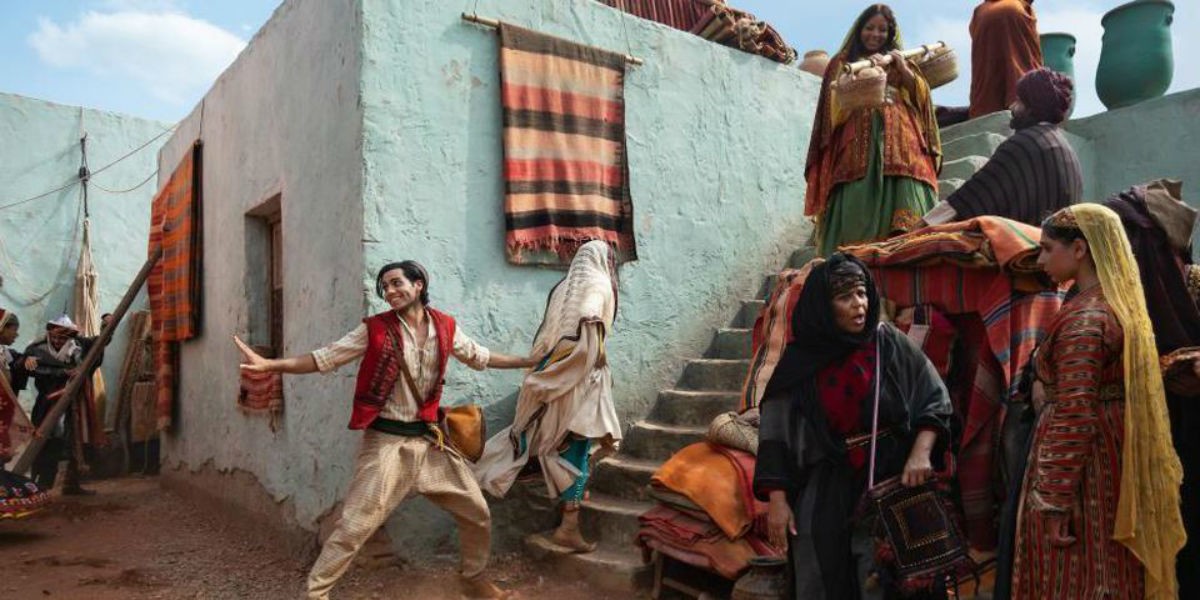 THE. STUNT. CHOREOGRAPHY. This entire sequence is like watching any superhero movie without the webs or the gadgets to make these moves possible. This is my favorite head-to-head comparison because it sets the tone for the type of Aladdin we see in both movies. The animated feature needs to soften Al a bit after this sequence. But in the live-action, “One Jump” gives you the baseline Aladdin who we return to at the end of the film. Easily one of the best sequences in the film.

Escaping the Cave of Wonders

The most dizzying scene in the 1992 Aladdin is without a doubt the Windows 98 screensaver style escape from the Cave of Wonders. Score-wise, I think the animated classic does more with less. The 2019 orchestration is crowded and feels like it weighs down the scene. The race against the collapsing cave sequences play out equally, if not in favor of the 2019 version, but the backing music or the original edges out the competition. 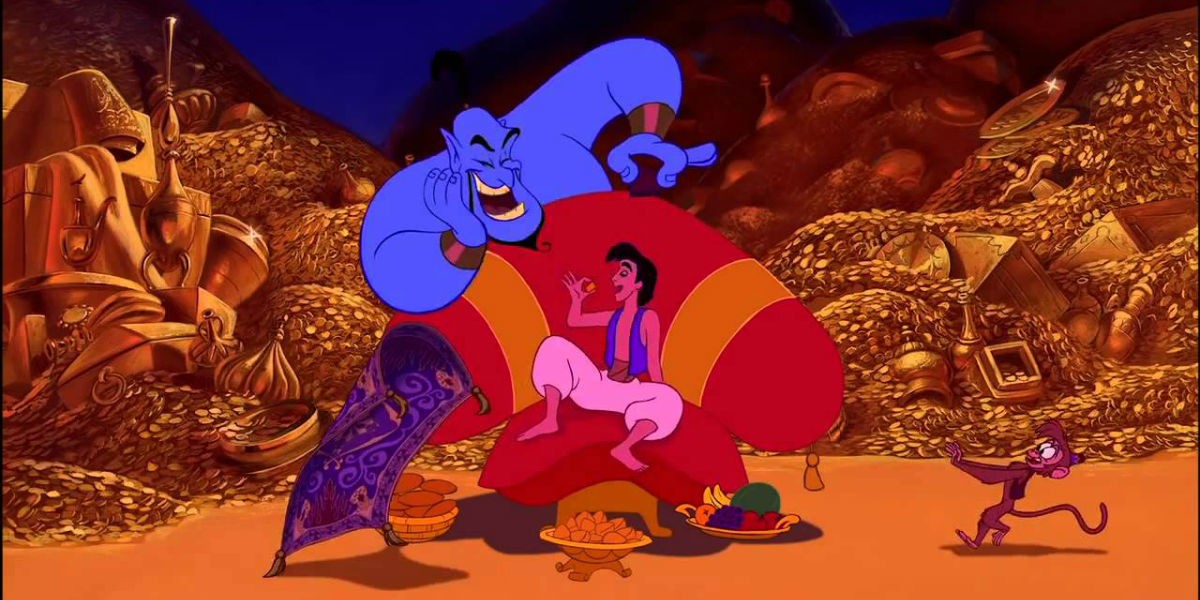 I will say, I was pleasantly surprised to find how much I enjoyed Will Smith’s fantastic performance as the genie, but this number did not stand a chance no matter what the 2019 film did. The only rendition of this song that has come close to standing against not only the original vocals of Robin Williams combined with the animation of the 1992 film is the Broadway musical’s staging and performance.

The end-credits portion of “Friend Like Me” deserves a shout out, because I was 1) not expecting it and 2) enjoyed it more than the in-film performance. 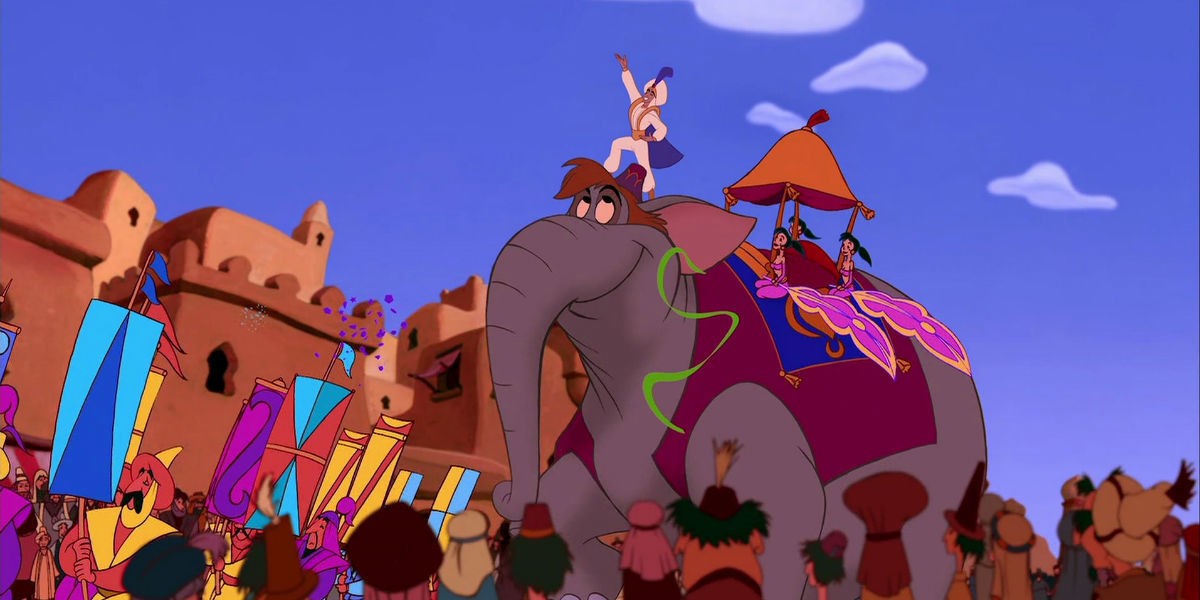 This was a close call. The live-action captures the spectacle, the vibrant colors, the fear and nerves of Al as he makes his grand return to Agrabah. I wish they spread the vocals around more, though. Smith does a great job when he can sink into the seemingly ad-lib moments the role affords him. But the heavier singing moments do him no favors. A valiant effort and front-runner for design. 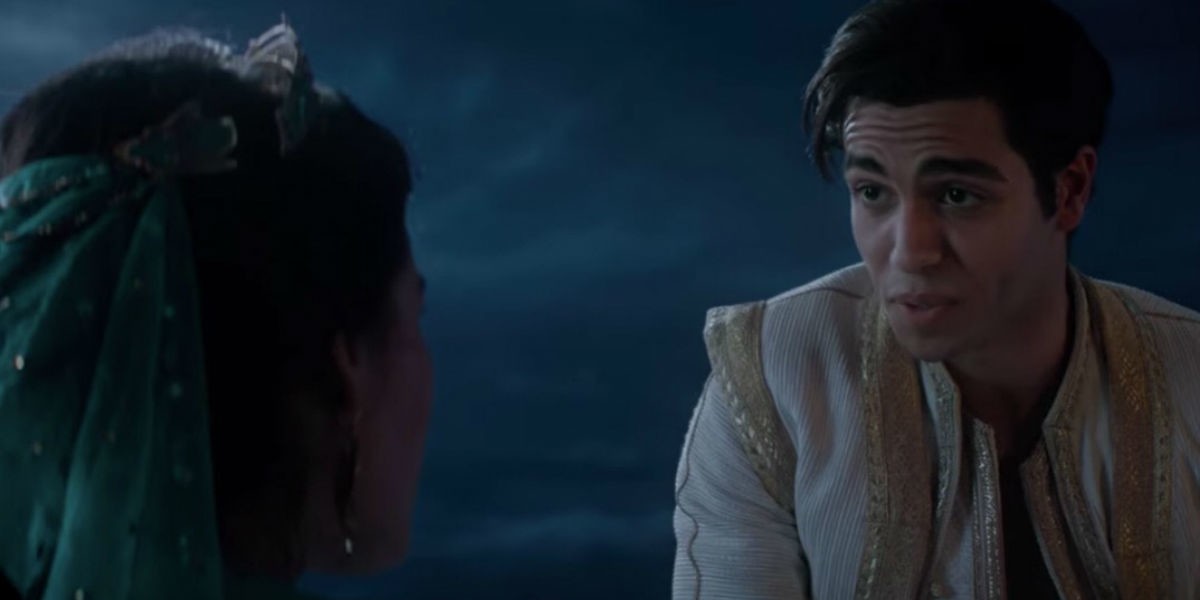 A renewed sense of wonder is captured in the 2019 film that I think is lost upon rewatch of the animated feature. One reason I think is due to the fact that getting the magic of the carpet ride just right pulls focus from actors and lets you take in the sweeping winds, the landscapes, and the digital feats that the team were able to piece together. In the theater, the carpet ride feels more intimate and adventurous than upon rewatch at home, but never the less, from the famous question on the balcony (“Do you trust me?”) to the final notes of the song, a solid win for 2019. 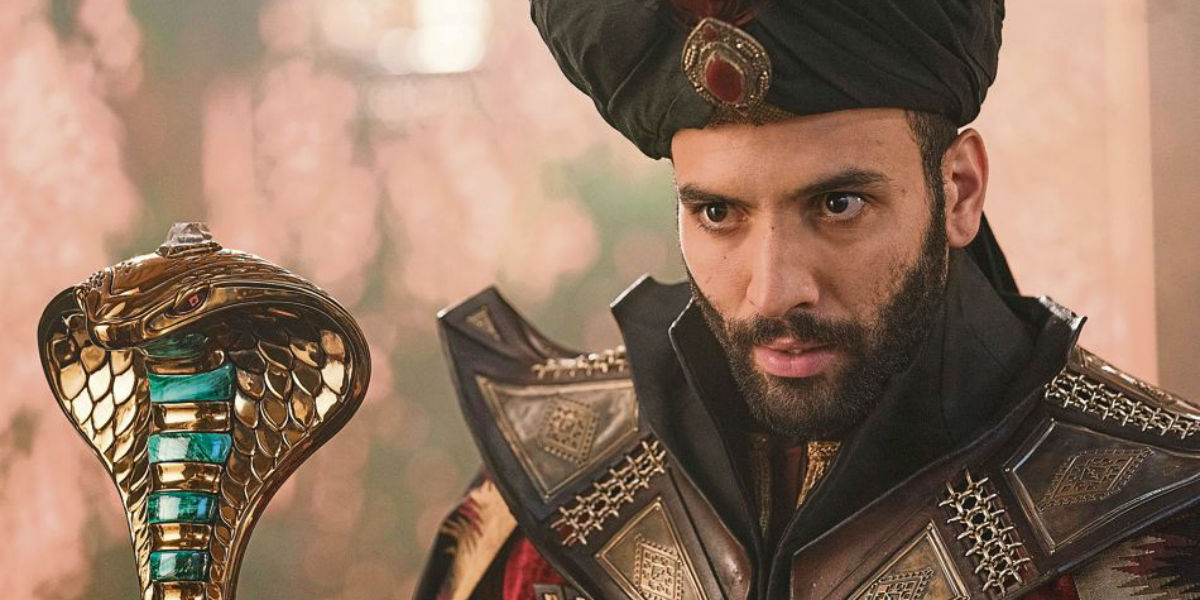 Originally, I wanted to break this down into particular moments, but I think overall, the 2019 film handles the backend of the movie’s score better than the original. Where the original has many musical cues from earlier in the film, the live action score does a much better job of highlighting the inherent evil in its villain through music. If you listen to the back half of the score on the album (available on Spotify), you can really capture what’s happening in the scene without the visual. I don’t think this is true for every section of the movie, which leans heavily on the combination of the scene and score.

And finally, while “Speechless” is getting a ton of chatter (rightfully so), “Desert Moon” might be one of my favorite songs written for the film that did not make the final version. You can watch the deleted song here:

Aladdin is available to own on digital now.