Ming-Na and Natalia Cordova-Buckley break down emotional resolution and a spa day on ‘Agents of S.H.I.E.L.D.’

Ming-Na and Natalia Cordova-Buckley speak with Hypable about feelings, fighting, and the future on Agents of S.H.I.E.L.D. season 7, episode 8.

After weeks of grappling with apparently lost powers, Agents of S.H.I.E.L.D. season 7, episode 8 put Yo-Yo in the spotlight to tackle the problem head-on. Joined by Agent May, Yo-Yo sought the help of Inhuman-whisperer Jiaying in the Afterlife commune, only to find that the help she needed could only come from the help of a friend.

(And that Afterlife might need more help than even Jiaying can provide.)

We spoke with Natalia Cordova-Buckley and Ming-Na to get their take on the emotional events of “After, Before” and preview a bit of what’s coming next in the final season of Agents of S.H.I.E.L.D.!

But this week they’re both challenged with the emotional task of helping Yo-Yo resolve her difficulty with her powers. What was that like for you to tackle?

Natalia Cordova-Buckley: Well, I love that the writers got these characters, specifically [to take this on.] May is pretty unemotional in terms of who she is as a person, Yo-Yo is more explosive, but she still holds it tight to her vest, she only really discusses [her problems] with Mack, if ever. So I love that they sent this message through this episode, that you have to be able to deal with your past to be able to go forward as a person and as a team. You have to heal the individual to help out the whole team. 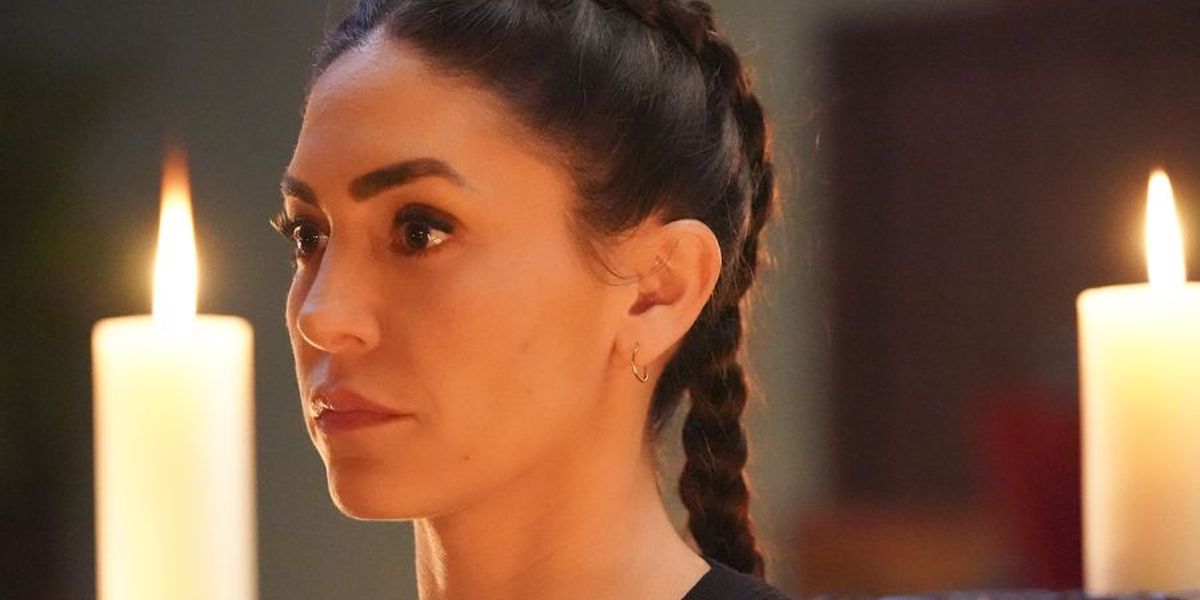 And they put these two women in an episode that is all about their emotions, but how do they deal with it? Through fighting and through sparring. Which I love, because they could have — they tried, to take us to a spa and have us do all this meditation and relaxation, and these two women are like, absolutely not! It again changes the typical story and what we’re accustomed to with women and what they do to better themselves. In this case, they are soldiers and they deal with their emotions in their own way.

It’s very different to what I’ve ever seen in stories, whether it be movies or anything about women — how they deal with their emotions is usually very emotional and it’s therapy and they have meditation and music, and these women are the opposite.

MN: Yeah, they can’t relax! There’s no way! It drives them crazy to try to relax and meditate!

NCB: And they’re not the typical girls that we’re accustomed to.

What were May and Elena’s mindsets as they take on Afterlife?

MN: May goes with [Yo-Yo] because she wants to be able to help in any way she can, and just be a supportive friend. And hopefully the ship doesn’t blow up!

NCB: I think [Elena’s] mindset starting is, I’m doing this because it’s the only solution we’ve got to save  ourselves, the Zephyr, the timeline — all of it. So again, she’s like, I’ll do whatever I have to do to fix myself and thus help out everyone. Emotionally, I don’t know how happy she is. I don’t think she’s giddy about it, but she knows that that’s part of the mission. Part of the mission is not just going out as superheroes to save the world, but also save ourselves. And again, I love that mentality [from] both of them, they’re very mission-driven in that sense. It’s what’s best for the mission, not for myself. 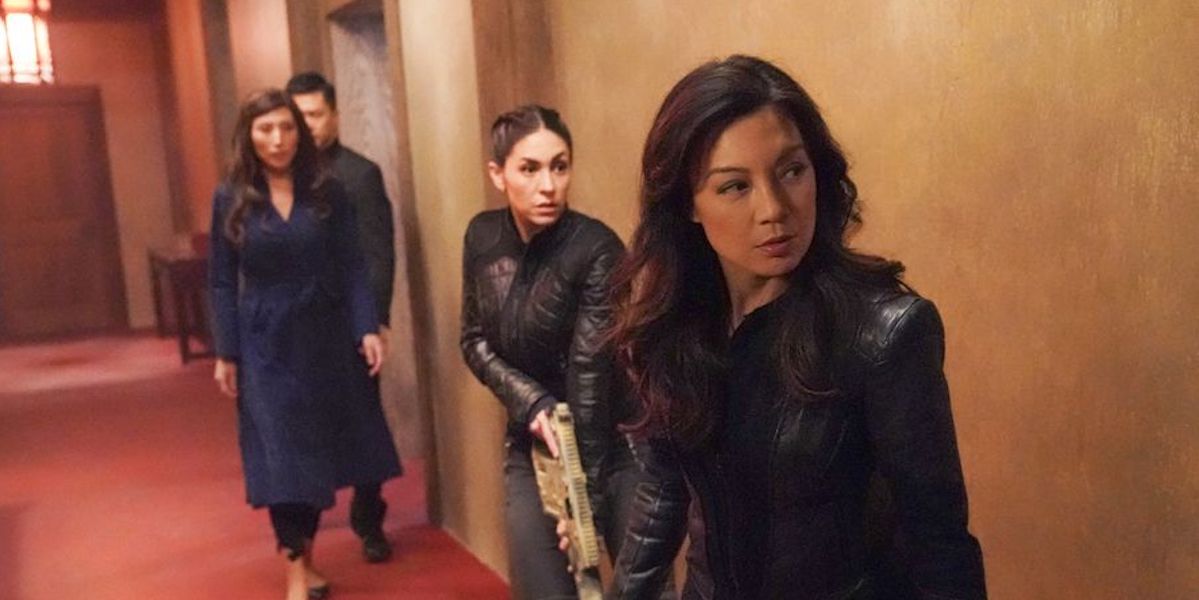 But definitely, much like for May, I would think there’s a bit of hesitation when Yo-Yo has to get personal and vulnerable. It’s never her first choice. And she doesn’t know Jiaying, all the team knows her from before. They are just going into unknown territory. But that’s also the beautiful part, she’s going with [someone] who, I think, is one of the most trusted confidantes. We watch [Yo-Yo] have a hard time with the process that Jiaying puts her through, and then we kind of realize that… it’s May who all of a sudden has a realization and decides this is the way I think we’re going to be able to do it. And she gets her up to spar, and I love that. I love that whole emotional transition.

MN: And I think May has had enough experience dealing with guilt and dealing with self-blame that she was able to pass on that knowledge and support. That [blame] is not going to get you anywhere, so stop it. You don’t need to feel guilty, just get your powers back, girl!

MN: It was so fun! We loved it! I loved that we didn’t have to deal with the guys for a while, it was very chill. We just had a great time, we laughed a lot. I thoroughly enjoyed the episode. It was wonderful. And it’s always so much fun working with Natalia, we have great respect for each other, but the both of us? We like to laugh! 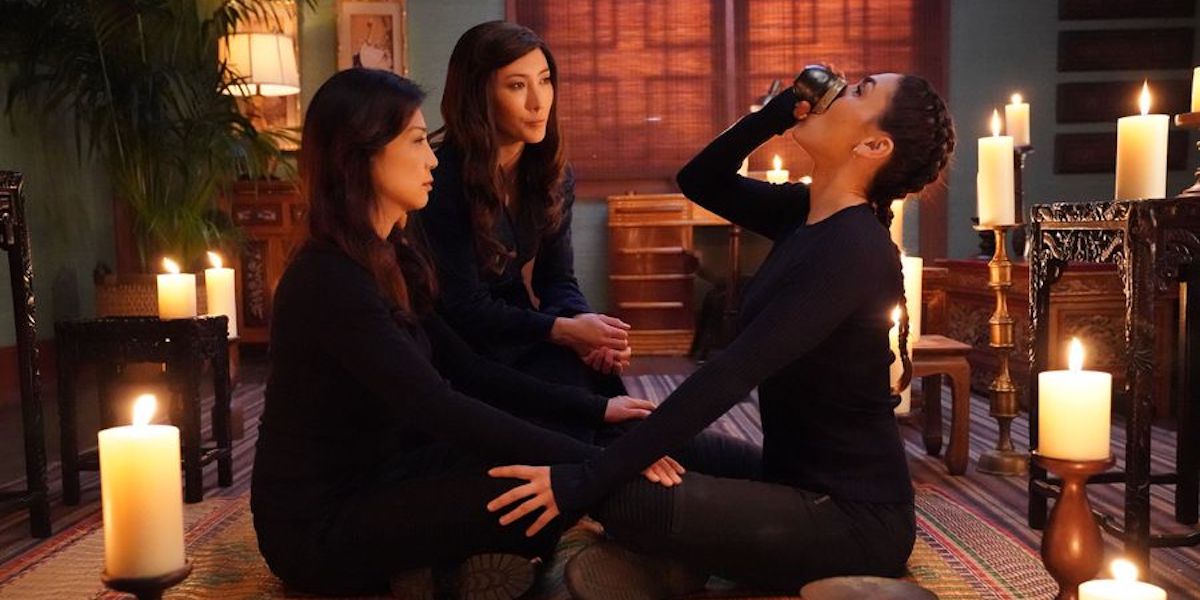 NCB: And I thought I had a dirty mind until I met Ming-Na! Our sense of humor is very similar, so people would say something, and I could just hear her [try not to laugh] and I would know exactly what she was talking about! So there was a lot of that. We were running behind schedule and we just couldn’t hold our internal laughter about everything.

And then just having a scene where May, I think, says something about Yo-Yo snoring? Every time Ming delivered that line, I couldn’t not… I couldn’t be ashamed that I was snoring, I was just laughing so hard at that straightforward May situation, the way she says that was so hilarious. So there was a lot of that!

MN: Yeah, we’re definitely not dainty women! I mean, we are a little bit, but not May and Yo-Yo!

And how is Elena doing in the aftermath of all this?

NCB: I think she gets much better, I think this episode is a huge breakthrough for Elena. It’s an emotional [problem] which I love. I think Yo-Yo, for the majority of her time, she always wants to blame something other than her emotions for whatever is going on. She’s that kind of person who puts her emotions away, or her desires. And May has the same thing, it’s always “Mission, what we need to do, professional, just move forward.” Yeah, this is a breakthrough for her, definitely. I think she simmers down a bit after this episode.

Agents of S.H.I.E.L.D. season 7, episode 8 leaves some major plot lines in the air — particularly the revelation that Daisy has a half-sister who has now joined forces with Nathaniel Malick. Can you give us any hints as to how that might play out?

NCB: That’s true! Daisy’s sister, I had forgotten about that. That’s gonna get dark. I’ll just say that, and you guys can enjoy it. I mean, you know — can you imagine knowing all your life that you have this mom that tried to kill you, and then you’ve got a sister with superpowers now that she’s been trying to help? It’s painful, right? 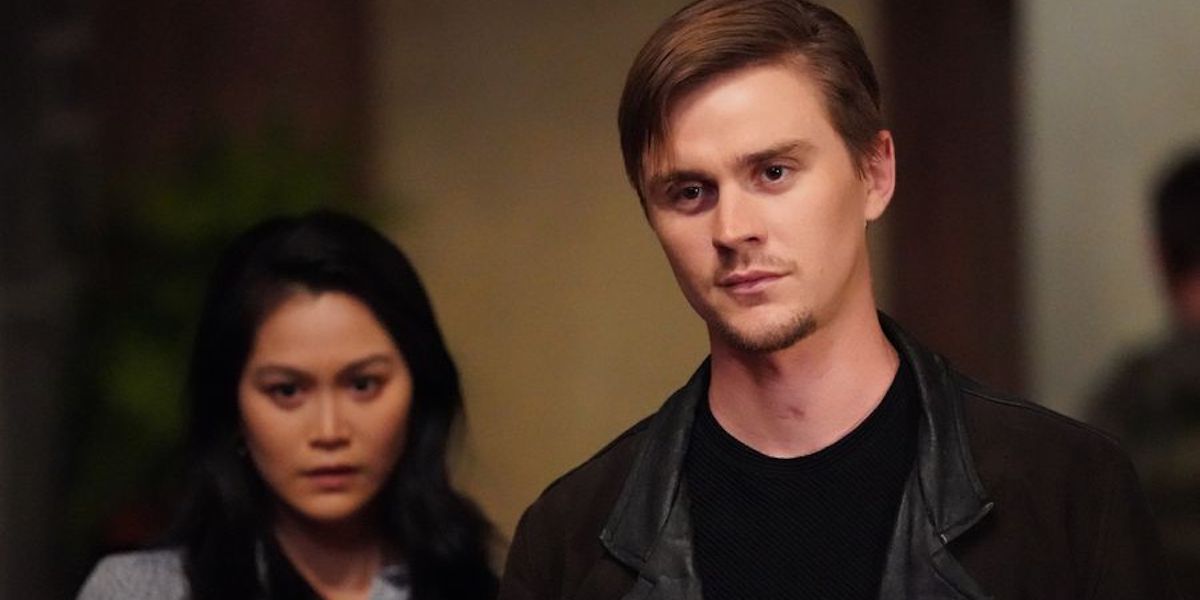 MN: Yeah, it doesn’t look like a good, happy little family reunion thing there! Probably not. That wouldn’t be S.H.I.E.L.D., for sure.

It’s crazy, but fans are preparing to say goodbye to Agents of S.H.I.E.L.D.. What was that process like for you guys during filming?

MN: Well, it was really weird because we said goodbye to each other, more or less, at the end of season 5. Because we didn’t know if we were coming back, and they wrote this really emotional scene for all of us, and it was sort of like our cathartic farewell to each other. And then we got season six and seven! So it was like, oh! Okay, bonus.

So although it’s always bittersweet to end a series, for us there was also a celebreation too, that we really accomplished much more than we thought we could, and we ended it, I think, with a highlight. Because season seven was so much fun, with all the time travel and all the new challenges. So it was a little bit of both, celebratory, as well as sadness that it’s done.