We use cookies to ensure that we give you the best experience on Hypable. If you continue to visit us, we will assume that you are happy with it.
4:00 pm EDT, August 8, 2019

The penultimate finale before the series ends in season 7 was brimming with questions, as per usual. But rising above them all was the problem of Phil Coulson, who (following his death after season 5) seemed to be on the brink of revival.

Coulson’s body had returned, now hosting Sarge, who became increasingly aware of the former S.H.I.E.L.D. Director’s memories and emotions. But sharing the form too was Izel’s evil demon counterpart Pachakutiq — and Patchy, exposed to the light over the 2-hour finale — also had strong feelings on who would be left holding the body in the end.

Agents of S.H.I.E.L.D. was poised in a tricky position when it came to resolving this question, and potentially reviving Coulson. Throughout season 6, the option of divesting Sarge’s body of Pachakutiq, leaving behind Coulson’s memories and personality, was strongly established. 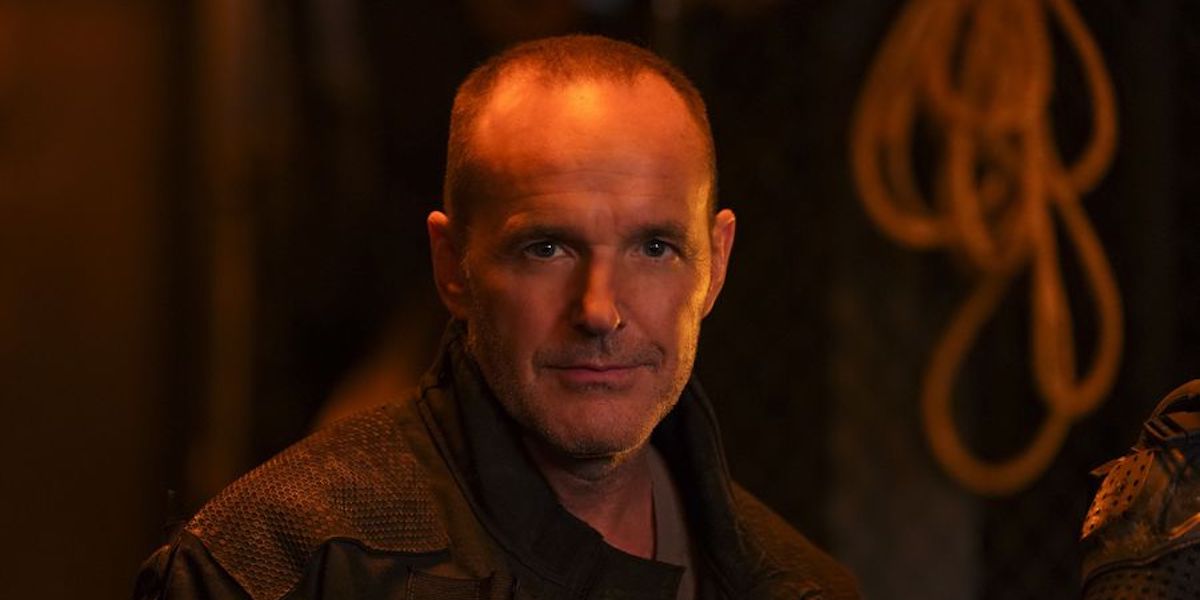 There also remained the possibility that some blended form of Sarge and Coulson would live on together, an option that true Coulson believer May chose to embrace. In both cases, this would serve as something of a do-over for the twice-deceased Director and the people who loved him.

On the opposite side was the nuclear option, in which the killing of Pachakutiq destroyed Sarge completely, obliterating any hope for Coulson’s return. Agents of S.H.I.E.L.D. season 7 would then, presumably, be Coulson-less, or else the dearly departed Director would live on only in flashback and memory.

The risk of the first solution, a presto-chango of Sarge for Coulson (or even a blend of the two) was the minimization of Coulson’s final arc in season 5.

Coulson’s calm acceptance of his own death, and his willingness to put the needs of the world ahead of his own, were handled with moving dignity by the writers and Clark Gregg. Going out peacefully and on his own terms, with Agent May at his side, might not exactly be called a happy ending for Coulson. (It is, after all, still going out.) But his death was appropriately bittersweet, a dignified and well-earned conclusion to an arc full of sacrifices and second chances. Reversing this loss with a strange cosmic switcheroo might have served as an interesting twist, but it would have existed in an uncomfortable, hollow tandem with the profound goodbye of season 5.

The Agents of S.H.I.E.L.D. season 6 finale swerved away from this direction, to powerful effect. Much remains unanswered about Pachakutiq, but it is an appropriate consequence of his formidable strength that his destruction left nothing behind — not Sarge’s brash ruthlessness, and not Coulson’s beloved leadership.

And it’s achingly poignant to watch Daisy and May realize that the redemption to all of their loss has not been waiting for them this whole time. Hoping for and believing in an outcome is not enough to make it real, even in the land of agents and aliens; the final dialogue between Daisy and May provided a necessary moment of (extremely heartbreaking) humanity between the high-stakes battles and time-travel sci fi that characterize the beginning and end of the season 6 finale.

All that being said, it’s difficult to even imagine the final season of Agents of S.H.I.E.L.D. without Coulson’s active presence. Coulson (and Gregg) were the initiating spark of the entire series, and even in death, the Director remained a powerfully felt influence in season 6. One of the reasons Coulson’s death worked so well as a concluding note of season 5 was that the episode was that is was just that — a conclusion for both the character and the series he’d lead. 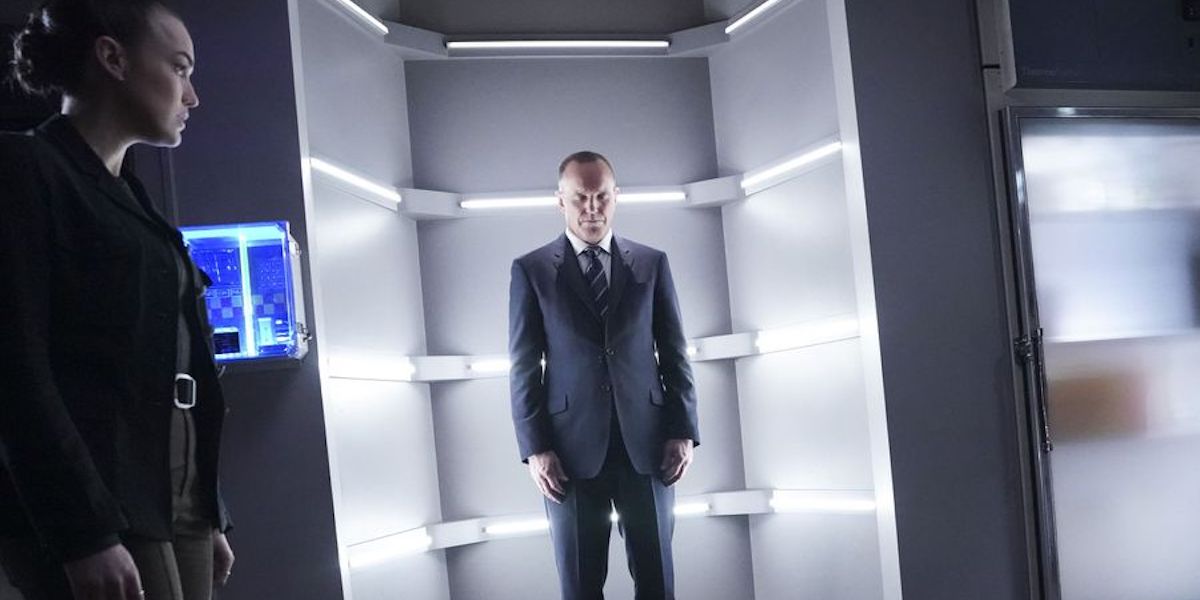 The show’s continued life all but demanded more Coulson, and more of the storylines that he inspired — including his romantic developments with May and deep bond with Daisy.

Thus, the solution: Coulson returns in the tag scene of “New Life,” now as a Life Model Decoy. Built with Chronicom technology (presumably by Fitz and Simmons,) the new Coulson returns to artificial life packed with memory, data, and what seems to be his old sense of humor.

While it is with no small degree of apprehension that Agents of S.H.I.E.L.D. fans must approach the concept of a Life Model Decoy (season 4 was scarring enough, thank you very much!) the choice to revive Coulson artificially is an ideal solution. It allows Coulson’s choices at the end of his second life remain in place, while avoiding an easy way out by summoning Phil back to ordinary life within Sarge’s conjured form.

Of course, this path is obviously not free of its own complications. (And many, many questions to power the Agents of S.H.I.E.L.D. fandom through its year-long wait for the final season.) Given Simmons’ reminder of how strenuously Coulson objected to being revived in this way, LMD Coulson may have a bit of an existential crisis ahead of him, as he lives a life that is not quite a life. 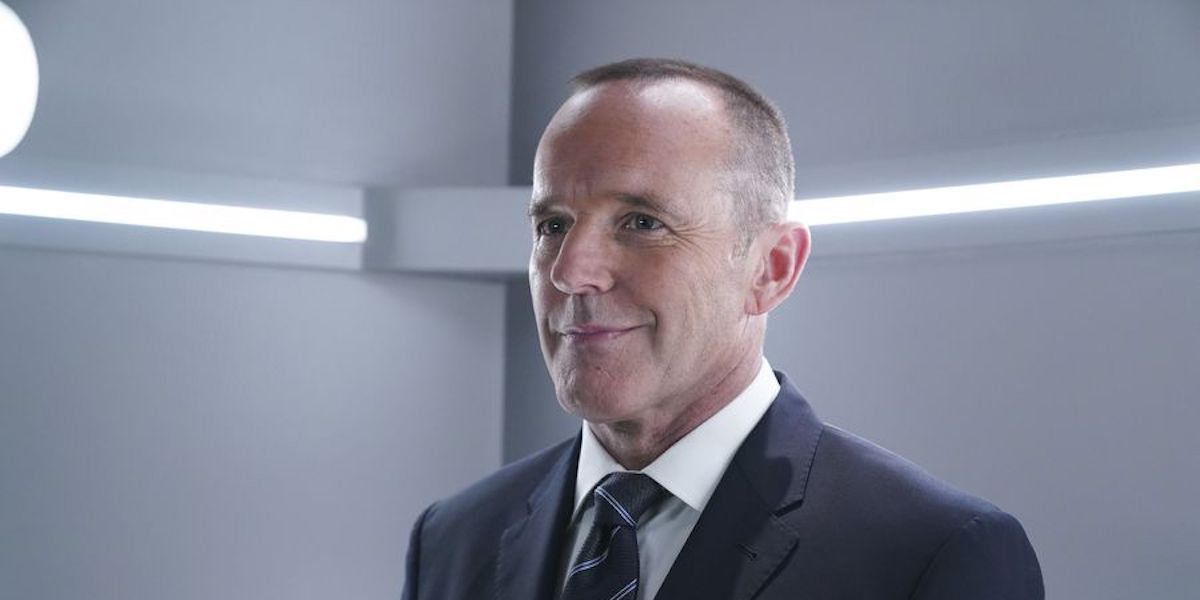 There is no shortage of crunchy material to explore in Agents of S.H.I.E.L.D. season 7 (and that’s not even counting the time travel!) LMD Coulson offers a fresh chance for the series to explore some of its strongest themes — life and death, the space in between, and ultimately, what it means to be human in a world where all of the old rules have dissolved.

Will Coulson embrace his new life as an unforeseen blessing? Or will he reject robotic reincarnation as contrary to his wishes, an element of the Framework program that wreaked so much death and disaster?

What will Coulson’s new nature mean for his relationship with May, who herself is undergoing a revival from death? And does this represent a true return of Coulson, or merely a final chance to guide his team through one last world-saving adventure?

We won’t know until Agents of S.H.I.E.L.D. returns for its final season. But with balance neatly struck between Coulson’s past, present, and future, our agents (and the series) seem perfectly poised to deliver a satisfying answer.

What did you think of Coulson’s LMD revival in the ‘Agents of S.H.I.E.L.D.’ season 6 finale?