We use cookies to ensure that we give you the best experience on Hypable. If you continue to visit us, we will assume that you are happy with it.
8:45 pm EST, December 2, 2018

Cowboy Bebop is the latest animated property to get the live-action treatment. We’ve got a few must-haves that we need to see in the adaptation.

When it comes to animé, there’s one title that consistently makes it to the top of people’s lists, and that is Cowboy Bebop. And for good reason. Bebop is the perfect blend of the sci-fi, western, and noir genres, while providing the audience with compelling and nuanced characters, a gripping story, all set against a musical backdrop that is integral to the series.

With the series being as beloved as it is, it’s understandable then that fans are more than a little wary about Netflix adapting the show. After all, recent attempts have not been well-received — we’re looking at you, Death Note — and so Bebop will be under far more scrutiny.

There are some encouraging elements to the Cowboy Bebop adaptation. Shinichiro Watanabe, the director on the original series, will be returning as a consultant. Additionally, Christopher Yost will be responsible for writing the premiere episode. Yost has previously written for Marvel Studios, most notably the incredibly well-received Thor: Ragnarok.

But with the live-action series being pared down from 26 episodes to just 10, there will be a lot of essential character building moments potentially left out. So, we’ve gathered a few must-have elements that need to make the cut, when Cowboy Bebop has its live-action debut. One thing that sets Cowboy Bebop apart is its diversity of the cast. Not only is Faye Valentine specifically from an Asian background, but both Ed and Jet are darker skinned, though their specific backgrounds are not explicitly clear in the text.

When animé is adapted into a live-action format, particularly when it is done by a Western studio, it often falls into the trap of whitewashing its cast. (See: Ghost in the Shell, Dragonball Evolution, Death Note). Whether the justification behind that is due to wanting to appeal more directly to a Western audience, it almost exclusively backfires in a spectacular way. And with Bebop taking place in 2071, it is unrealistic to backtrack on the multiracial and multiethnic future that the original show established.

Cowboy Bebop’s cast has an incredible mix of characters. The adaptation needs to remain true to that. This one is going to be difficult to manage, with just a 10-episode order, and might even run counterintuitive to what is usually said about television shows — “cut the fluff” is a very common refrain, after all — but when it comes to Cowboy Bebop, the filler is essential.

Sure, they won’t be able to keep all of the arcs — and there’s little doubt that the main focus is going to be on Spike and Vicious — but depending on the length of the episodes, a few “Bounty of the Week” outings certainly wouldn’t go amiss.

Episodes like “Jupiter Jazz” and “Toys in the Attic” are, in essence, standalone or filler stories, but are extremely heartfelt and necessary to building the audience’s understanding of the Bebop crew. It would be a crying shame to lose them all in the name of paring down the narrative to just the tragic backstories.

Love of the source material 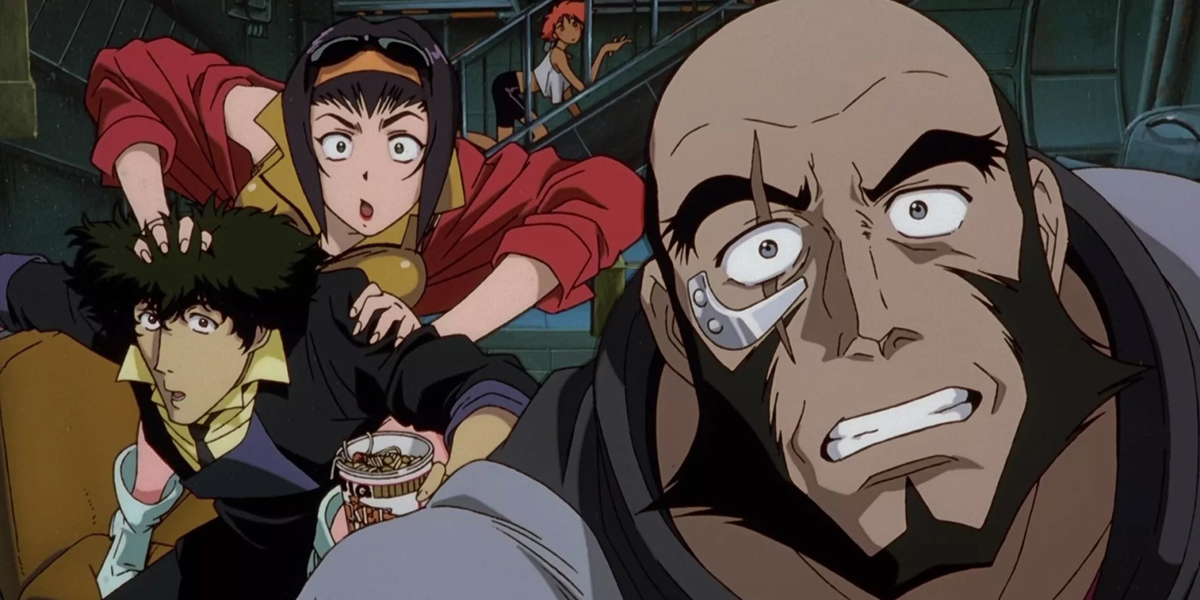 Above everything, a love of the source material is a must. Not only its cartoonish nature, balanced with a seriousness that is only heightened by the former, but everything down to the music, the themes, the characters, and the visuals. There are so many elements that make Cowboy Bebop so utterly iconic, that it will take a true fan of the show to ensure that it translates properly into live-action.

And that balance can be achieved. In fact, Bebop should probably look to Thor: Ragnarok as an example of blending those wildly differing elements into something quite special.

One thing that made both Ghost in the Shell and Death Note fall so flat was a misunderstanding of what the source material was trying to say, and instead ended up coming across as a mockery of everything that the original was. Ensuring that the creative team know, understand, and love where the show came from will be key to making this adaptation succeed.

The intro to Cowboy Bebop is a classic. It’s iconic. It’s perfect. The live-action adaptation should keep it exactly as it is, you know, other than having it be live-action itself.

There is absolutely no need to change it, and we will riot.