Nintendo’s handheld and home consoles have offered some amazing video games, but some of the best Nintendo games are a cut above the rest.

Playing a Nintendo game is a reassuring experience, because you almost always know that the game maker will have set a high bar for themselves.

A company known for its quality content and strong brand recognition, Nintendo doesn’t drop the ball very often. Every once in a while, Nintendo releases an amazing title that blows us all away.

The best Nintendo games cannot be confined to a single genre or style. While yes, Mario and Zelda are often thought of as being some of the best series in Nintendo’s storied history, there are titles outside of those fantastic games that are just as — if not more — enjoyable.

Fans of gaming are passionate about their favorite games, but even then, there are some games that almost always make it to the top of most best Nintendo games lists. With the passion and execution of vision that builds a Nintendo game, it’s no wonder even some of the best games of all time are Nintendo exclusive IPs.

If you’ve never missed a Zelda game, and you look forward to the scattered Metroid releases, you’ll be able to recognize the quality that is in the best Nintendo games of all time. 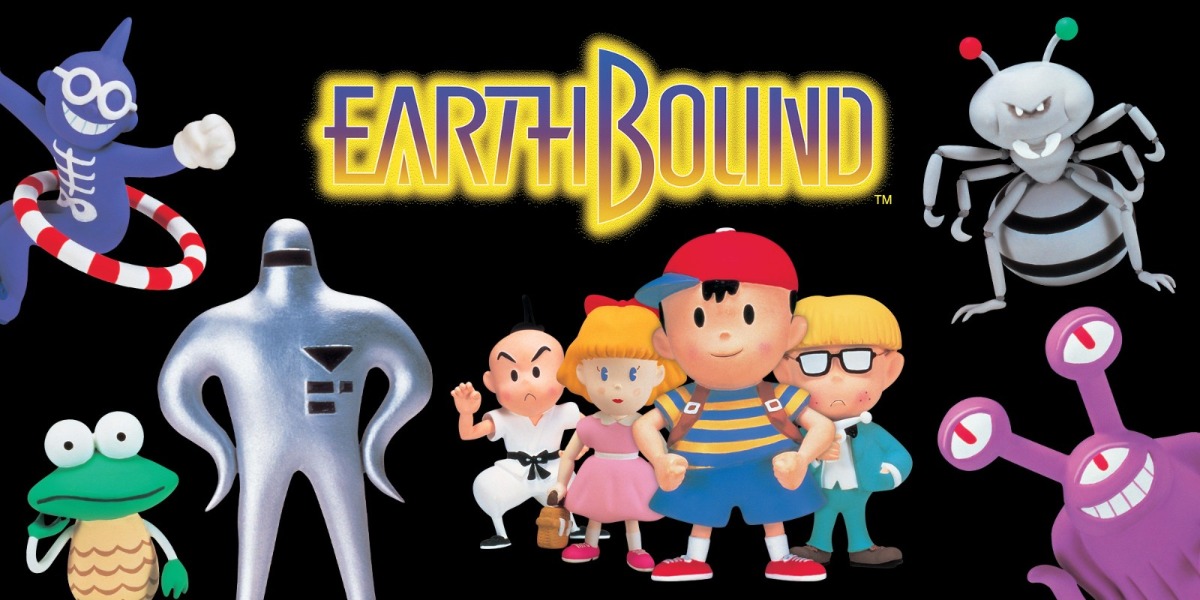 This cult classic is full of charm and love, mixed in with some really offbeat Beatles references and quirky monster battles. Once a tough game to find due to its limited Western SNES production, the beloved series gained new critical acclaim when it made its way onto the Nintendo Wii U’s eShop.

Earthbound (originally Mother II in Japan) is a sequel story, but the oddity of the world in both games doesn’t prepare you for the strangeness that is Mr. Saturn, your kid sister running a delivery service, and the zany PK powers of Ness and friends.

What really makes Earthbound special is its attention to the small, world-building elements. As fantastical as its story gets, there are some unique threads (missing your mom, talking to dad on the phone to save) that set Earthbound out as a special Nintendo RPG worth experiencing.

The Pokémon games really leveled up in the second Generation’s Gold and Silver. The titles were follow-ups to the massively popular Red and Blue, but this time around, the development team really knew what they were doing.

With balance issues and the glitches in Type matchups fixed, the Pokémon series really took off running in the Generation II games. The story was more compelling, the rival was meaner, the battles were tougher, and the world was larger than ever. To many, Gold and Silver are the definitive Pokémon games.

The day/night cycle made for a more dynamic world exploring experience. Breeding and the new types Dark and Steel changed up competitive battling for good. Being able to access all of a (slightly slimmed down) version of Kanto after the Johto Pokémon League was the icing on the cake to a thrilling adventure, culminating in an epic battle against Gen 1 protagonist, Red himself. 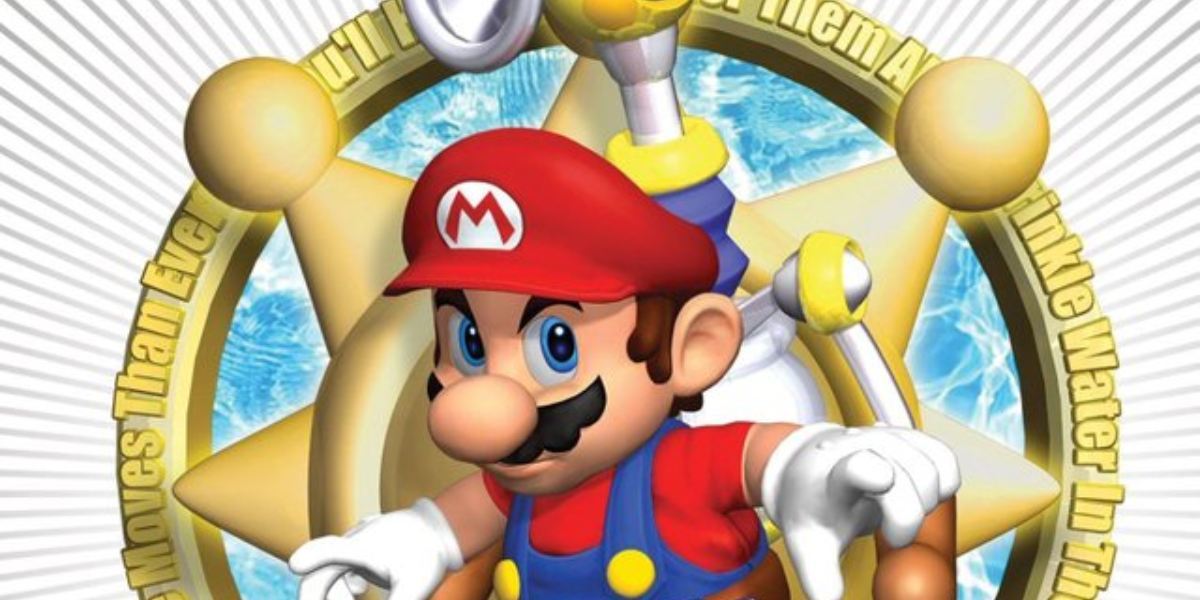 Sunshine was a technical feat at the time, but that doesn’t mean there wasn’t any meat to this 3D world flex on Nintendo’s surprisingly powerful GameCube system. With a beautiful hub world and earwormy level themes, Sunshine goes down as one of Mario’s best platformers of all time.

The premise of Sunshine feels very cinematic. A Mario imposter spreads toxic goo all over the Delfino Islands, and it’s up to our friend Mario to use his handy F.L.U.D.D. water spraying system to clean up the mess. The cutscenes are beautiful, and for the first time in the series, they make Mario’s adventure feel like it matters.

The level design, namely the F.L.U.D.D.-less platforming bonus levels, is impeccable. The water hover mechanics and nozzle upgrades are addicting to use, as is collecting every world’s shines. A game like Sunshine can’t be replicated, which speaks to the special nature of Mario’s epic GameCube main series title. 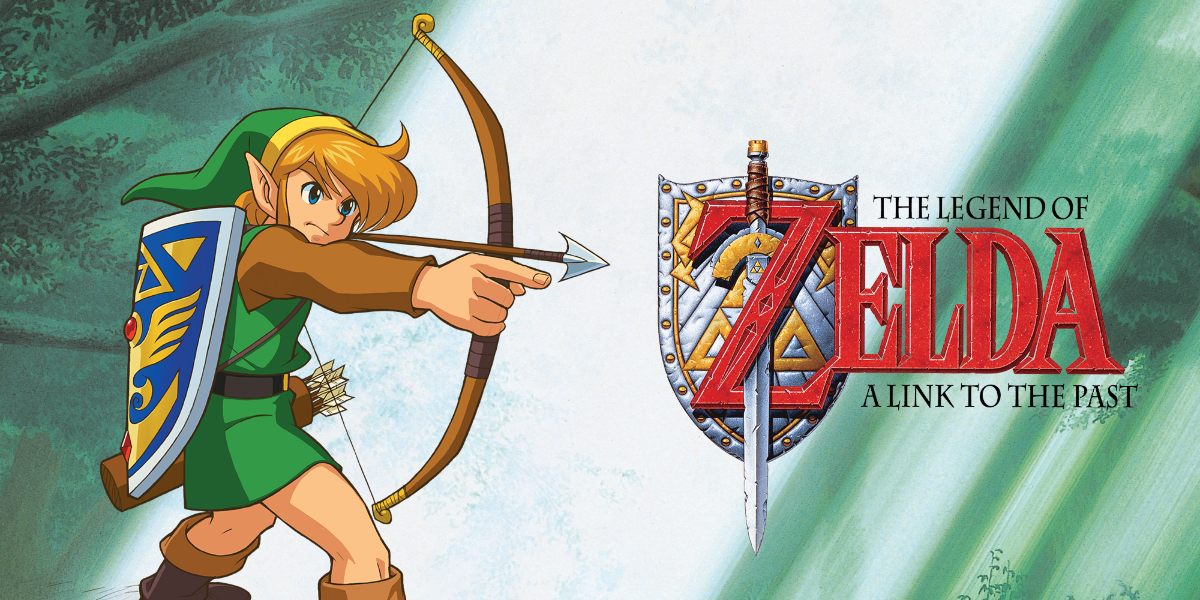 The best 2D Zelda of all time will always be A Link to the Past. It takes everything that was great from the original NES Legend of Zelda and runs with it. The open world, mixed with dynamic combat and a nega world map, are leaps and bounds better than any other top-down 2D dungeon crawler.

Link’s tools, such as the hookshot and pegasus boots, make exploring the world and solving puzzles feel rewarding. The boss designs are incredibly detailed, as are the environmental elements.

There’s so much to explore and do in this SNES-game-that-could. Placing a bomb near a crack in a wall reveals a hidden bonus dungeon. Using a new tool opens up a massive part of the map you never knew existed. With its fluid animations, beautiful OST, and interesting art style, Link to the Past is one of the best SNES games ever. Mario leapt into the world of 3D platforming in Super Mario 64. At a time when not even Sony’s PlayStation 1 felt all too comfortable with making 3D platformer, Mario’s adventure through Princess Peach’s castle was something of a technical marvel.

There’s a certain magic one feels jumping through the paintings to escape the real world and enter the fantasy lands of ice, desert, fire, and water. Mario had seen his fair share of incredible sights before, but the worlds in Mario 64 were unlike anything seen in any video game.

A unique part of the magic of Mario 64 is the level discovery. It seems as though there are major worlds tucked away in every tiny corner of Peach’s castle, which rewards exploration with the gift of more incredible gameplay. No Mario game, 3D or otherwise, will ever match the legacy of Super Mario 64. Samus’s first 3D Metroid game is hands down one of the most beautiful looking games of all time. To this day, environmental effects, such as blood splatter and steam heating up your visor, look realistic and fantastic.

The translation from 2D to 3D Metroidvania overworld puzzles is done so seamlessly in Prime so as to make you forget the SNES ever existed. It’s eerie how organic this 3D Metroid transition feels. It’s like Super Metroid had a twin brother that was only slightly better looking and was just as fun.

Fighting Ridley atop the Chozo ruins with your fully restored suit is an experience you earn. Nothing, and I mean nothing is handed to you in Prime. Taking down the titular brain aliens and preventing the spread of the Space Pirates’ terror has never been so much fun. Although the original NES Zelda was a very groundbreaking open-world game, Breath of the Wild is the far superior modern marvel. For the first time ever, you could run right into Ganon’s chambers within hours of gameplay (minutes, if you’re a speedrunner).

Thus, you have the choice of having a grand adventure. Breath of the Wild is what you make of it. The four main dungeons are only a drop in the bucket when compared to the multitude of mini shrines and overworld puzzles scattered throughout the beautiful land of Hyrule.

Weapons break, food gives you powerups, and you can ride a bear. Need I say more? It may seem obvious to say this out loud, but Breath of the Wild is the one game you need to have on your Nintendo Switch. There will never be a fighting game with the same amount of series representation as Ultimate. Marvel’s cinematic universe has nothing on Ultimate‘s mind boggling roster, which includes absolutely every character from every Smash game, and then some.

I don’t know how he does it, but series creator Masahiro Sakurai manages to squeeze in even more content than before in each new Smash game. Ultimate should be his magnum opus. If the roster and content weren’t enough to justify a lifetime’s rest, the detailed physics, matchups, and playtesting should be.

The game plays like the ever-popular Melee‘s bigger, better sequel, forgetting the wrongs of Brawl‘s past and steamrolling right into the best combat the Smash series, ney, the fighting game genre has or ever will see. 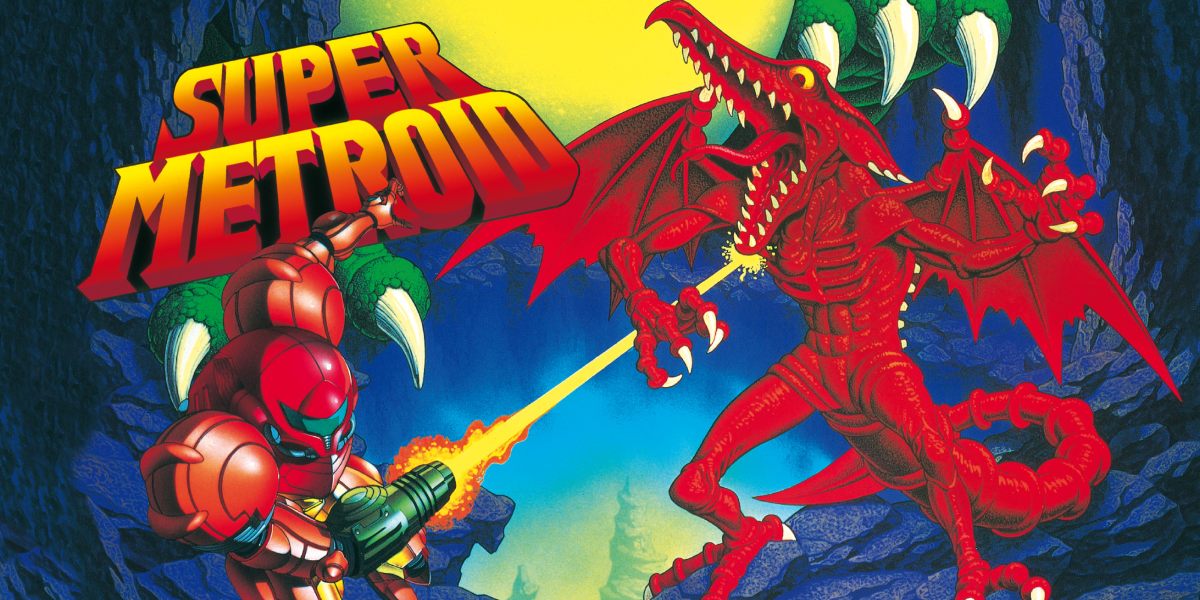 The breadth of Super Metroid is jaw-dropping. Considering all of the technological leaps Super Metroid took on the SNES, there’s nothing quite like it out of all of the best Nintendo games.

Samus got off to a great start in the original Metroid for NES and Metroid II, but the next adventure she embarks on in Super Metroid makes the first two games look like child’s play. Super Metroid is the definitive Metroidvania (which yes, the genre wouldn’t exist without it’s predecessors, but still, it’s that revolutionary).

The pacing of Super Metroid is unseen in many other video games, save for ones outside of its genre such as The Last of Us and Ocarina of Time. Super Metroid is a beautiful ride down to the acidic pits of Zebes that simply cannot be missed. Every once in a while, there’s something remarkably special about Nintendo’s main IPs. It’s an authentic je ne sais quoi, but I’ll try.

Many who played Ocarina of Time as their first game for the N64 will be influenced by the masterpiece for the rest of their lives. I say this without any doubt: Ocarina is a flawless title that deserves nothing but praise.

More than being flawless, Ocarina isn’t just eye candy: it’s brain candy. The beauty of Link’s time travel adventure to save the land of Hyrule from Ganon will never be replicated. The dungeons, the combat, the characters (Shiek!), the story, the races (Gerudos!), the music, the world. All are perfect.

The original Ocarina is the only way to play the game. If you don’t have access to an N64, play a port. Don’t mess with the perfect formula of the original N64 title by playing the 3DS remake. Experience Ocarina, and you’ll know, definitively, what makes a video game high art.

What do you think the best Nintendo games of all time are?