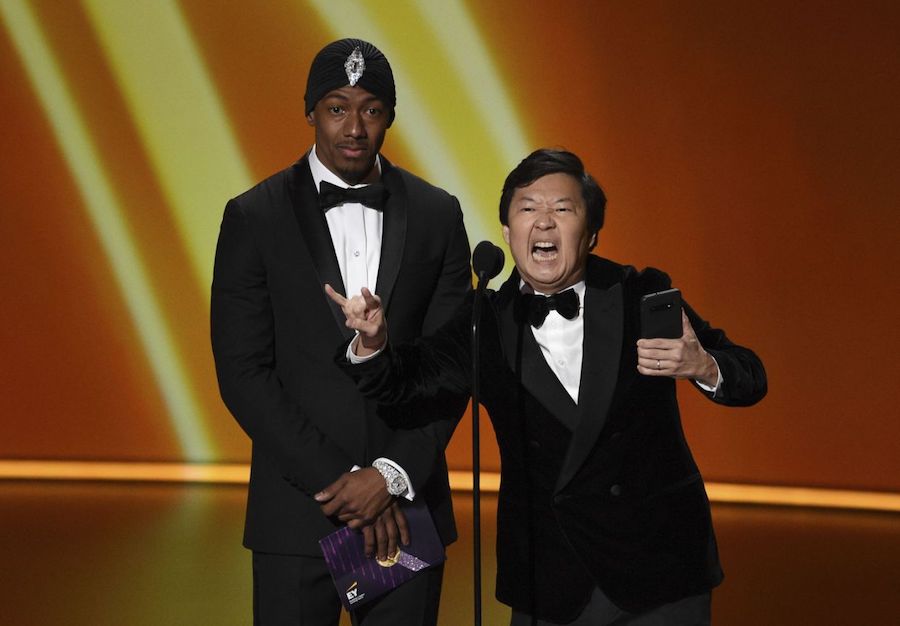 It’s not an award show unless there’s a comedic bit that features audience participation. So who was this year’s unlucky celeb tasked with getting those in-house involved at the 2019 Emmys? None other than future star ofThe Emperor of Malibu, Ken Jeong.

The comedic actor hit the stage to present the award for Best Writing in a Comedy alongside his Masked Singer cohort Nick Cannon. Instead of treating viewers to the regular old banter between presenters, Jeong launched into a long-winded bit about not understanding how to work popular social media app TikTok.

Things only went downhill from there— especially after Jeong pulled an Ellen at the Oscars and roped those in the audience into helping him finish up a TikTok that he’d only half filmed. Talk about a cringe-worthy moment.