No, Zack Snyder does not think killing makes Batman cool or heroic

And if people actually sat and watched more than the context-less two minute clip that’s been circulating, they’d immediately figure that out.

But who has time to conduct that sort of 10 minute-long research?

(Because it literally took me 10 minutes, tops, to find and listen to everything for myself.)

Apparently The Playlist didn’t, since they posted an analysis of the clip, saying, “We don’t know exactly which question prompted this response,” despite the fact that you can easily watch the entire panel, on Vero, as many times as you want, without any account or cost.

And definitely Vox, Collider, IndieWire or CBR don’t, since they only reference the clip as it was posted on Reddit, and apparently were satisfied enough to write 1000 word articles on that two minute clip alone.

Certainly it seems as though Entertainment Weekly, Forbes and The Mary Sue were barely aware of the context of the clip at all, given that they described it as a Batman v Superman Q & A when the clip actually comes from a Watchmen Q & A. 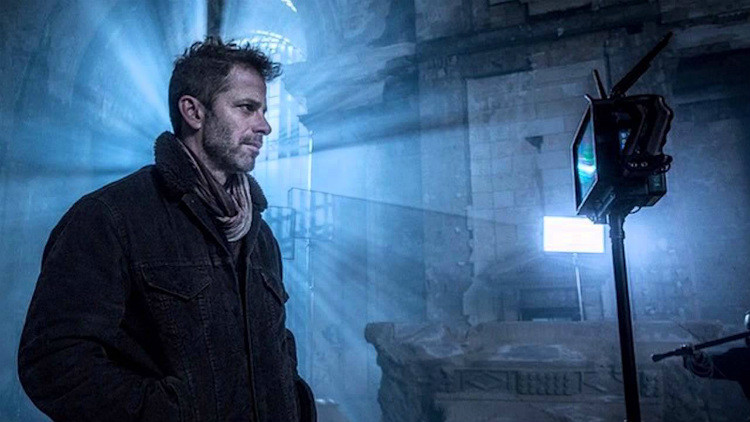 So why does it matter?

Because context matters. Because the question matters. Because a two minute clip grabbed from the middle of a six minute answer leaves a lot open to interpretation and, as we’ve clearly seen, blatant misrepresentation.

So, I’ve made it easy to see and hear the entire thing, with context and everything.

On top of that, I’ve made it even easier to discern what was said — I transcribed both the fan question (see, it wasn’t that hard to figure out, Playlist writers) and Zack Snyder’s answer in its entirety (minus a few profanities here and there), and embedded it below for your reading pleasure (you can also find the transcript here in a Google Doc, if you so wish).

First of all, if there’s anything we should be criticizing Zack Snyder for in this clip, it’s that he doesn’t really end up answering the audience member’s question. He gives such a good, thoughtful answer anyway though — about Watchmen, about superheroes, and about the themes in his films — that it’s easily forgiven.

Secondly, despite how it’s been described, this was not angry, profanity-laden, bitter tirade of man sick of hearing criticisms against his movie and lashing out (though I do think he’d be well within his right to do so).

Rather, if you actually listen to his response, it’s easy to hear that he’s responding with some mixture of bemusement and amusement, imitating people who can’t believe his Batman (just like, I want to add, many other theatrical Batmans) killed people when he once made a film where the superheroes either literally committed mass murder or stood by and let it happen.

In fact, the quote which the internet has cleaved to with such an astonishing amount of hatred is Snyder’s impassioned — wake the fuck up — which isn’t so much a condemnation of his critics as it is an exasperated eyeroll towards people who believe that superheroes, who are complex individuals with their own unique thoughts, feelings and motivations, must and can only be innocent.

For further analysis, let’s look at the quote when it’s actually in context:

[Watchmen] is the end of innocence for superheroes. Superheroes are raping each other for God’s sake, they’re murdering millions of people to create world peace. So when someone says to me, “oh, Batman killed a guy,” I’m like – pffft. Like, wake the fuck up. I guess that’s what I’m saying. Once you’ve lost your virginity to [Watchmen], and then you come and say to me, like, my superhero wouldn’t do that, I’m like are you serious? I’m like down the fucking road.

Again, let’s remember that this is a Watchmen Q&A, so his discussion of the character of Batman is in relation to that film and its themes.

Watchmen is a deconstruction of the comic book superhero. These are heroes who, at their best, are incredibly flawed and tragic human beings and, at their worst, are murderous rapists and genocidal narcissists.

He then uses that characterization as a marker for his brief discussion on the characterization of Batman, essentially pointing out that once you’ve taken that road with a property like Watchmen, it also allows you to go down a similar road with other heroes — even one as iconic as Batman.

Watchmen took that road of questioning traditional assumptions about superheroes to its furthest — some might say most cynical, others might say bitterest — end. That’s not the exact same road Snyder takes with Batman, but it is only because of his work on Watchmen that he was even able and emboldened to start down it. As he says:

…people have criticized me for a lot of the ways I’ve interpreted [Batman and Superman]. But if you’ve seen Watchmen, if you know I made that movie. It’s very difficult to then say – well, why would he do A? Why would he do B? But if you’ve seen [Watchmen], you know why. You know that saying where once you know the rules, then you can break them? Watchmen is like – that’s the rules. You can’t go backwards. It’s very difficult to go backwards from this movie…

This is not, as I’m afraid some people will take it, because Snyder has some sort of love affair with darkness or depravity. It’s because he recognizes that both those things are part of the human experience — and, therefore, the superhuman experience — and that good storytelling should be honest about that.

Zack Snyder adapted a story that ripped the innocence away from the idea superheroes. And it is because of this — because of his walking so far down this deconstructed road — that he had the ability to approach even the most traditional, even the most iconic and conventional of superheroes, with a different perspective.

It’s one we might all at least describe as being unconventional, and one I’d personally describe as revolutionary in the best possible way. 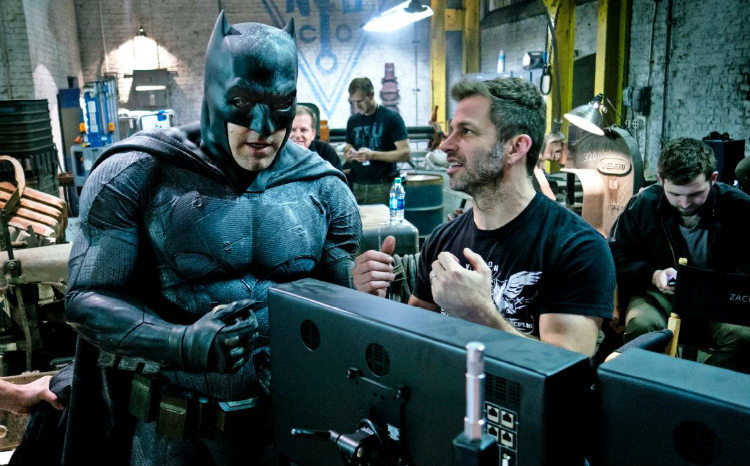 So, why the uproar?

What many people seem to either be confusing or willfully misconstruing is the central question which Zack Snyder is addressing. They believe his thematic ideas about the character of Batman are based on the question of — should Batman kill? They think his answer is a yes, and that he believes anyone who thinks otherwise is living in a fucking dreamworld.

In reality though, the answer to this question can be found by watching Batman v Superman (and not turning off your brain completely) and is a resounding and firm no. We might even say fuck no.

The Batman we meet in Zack Snyder’s Batman v Superman is twisted by, as Alfred says while staring pointedly at a scowling Bruce Wayne, “the fever, the rage, the feeling of powerlessness that turns good men cruel.”

In fact, multiple people at various points in the film describe the new kind of meanness with which Batman operates, the deeper kind of terror he instills. In many ways, the Batman we meet in Batman v Superman is very nearly a villain.

And that’s the whole point.

The Batman who is made nearly unrecognizable by his rage and who operates with extreme violence as a rule is not meant to be our hero. Zack Snyder does not want us to rejoice in Batman’s cruelty, but to be made uncomfortable by it, to be disquieted by his murderous intent. Batman’s actions are wrong, his morality skewed, his heroism twisted and dark.

But we see Batman at his lowest so that we can rejoice as we see him rise above it, pulled out of his darkness and redeemed by the power of Superman’s love for humanity and selfless sacrifice.

In context and in universe, the Batman who thinks there are no good guys left isn’t a hero. But the one who ends the movie by promising that men are still good? That Batman is. 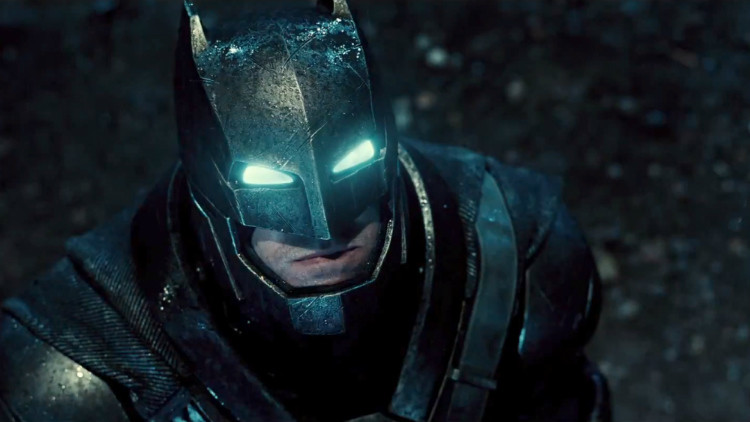 The question which Zack Snyder is actually addressing is — could or might Batman kill (and also, does Batman kill)?

And the answer to this second question is yes.

Because heroes are not beyond reproach or fall. They are not made pure by virtue of their superpowers, nor are they inherently more innocent because of the great things which they can accomplish.

The dreamworld, then, from which Zack Snyder actually wants us to wake is the one that leaves the ethics and innocence of superheroes unquestioned.

He’s not criticizing our belief that Batman — or that superheroes in general — should not murder (or least should try their hardest to never commit murder), should not lie, should not steal, should not wreak havoc on the world around them.

What Zack Snyder recognizes because of his work on Watchmen, and the idea which he has worked to communicate through his characterizations of Superman and Batman, is that while superheroes have the capacity to be greater than even the very best of us, they also have the ability to sometimes be no better than the worst of us, either.

That’s not an idea that sits well with everyone. It’s not what everyone wants out of their superhero stories and comic book movies.

And there is absolutely nothing wrong with that.

Zack Snyder isn’t asking you to stop loving the things which you love, or to not enjoy the movies you enjoy.

He’s simply asking you to be open to other things, too.