We use cookies to ensure that we give you the best experience on Hypable. If you continue to visit us, we will assume that you are happy with it.
11:00 am EDT, June 10, 2021

Younger fans wondered if she’d choose Charles, Josh or herself in season 7. Here’s why Liza Miller made the right choice in the Younger series finale.

Sadly, the final chapter of Younger has been published. We don’t know if Empirical, Millennial, the Inkubator app, or even Chick(Y) got the rights to the run, but either way, it’s here. The story is over.

I don’t think I’m alone in the opinion that Younger season 7 was far from the show’s best. From the absence of the beloved Diana and the ever-intriguing Zane due to “scheduling and COVID related matters,” nonsensical scenes caused by social distancing requirements, and lackluster storylines stacked with out-of-character moments, it certainly wasn’t the sendoff I wanted for this show that I’ve come to love so much. Luckily, even though Younger seemed to stumble through season 7, the show’s series finale still got a lot right.

Warning: The rest of this article contains spoilers for the Younger series finale. Do not read any further if you don’t wish to be spoiled on major plot points from the episode.

Heartbreakingly, Diana didn’t make one final appearance to congratulate Lisa on her promotion and Zane didn’t suavely sweep Kelsey back off her feet, Lauren developed no further from the season 6 finale, and Maggie’s newfound “love story” was half-baked at best, but so much of the Younger series finale served its characters so well.

First of all, Kelsey finally jumped off of the Empirical/Millennial rollercoaster she’s been on since Younger season 2. This move was perfectly timed, and such a great conclusion to her story. Her previous choices to stay, both out of loyalty and in the interest of nurturing what she’d built with her company made sense, but it wasn’t a choice that she could make again. I will watch the hell out of a Kelsey Peters Los Angeles spin off, if and when it comes.

Related: How I Met Your Mother sequel starring Hilary Duff in the works at Hulu

I also loved that Charles took the opportunity to dive into his writing. He’s been drowning in doubt on the business side of things for so long, and I think this is the perfect way for him to shake things up. I was equally excited about Josh’s massive glow up, going from tattoo artist to business and building owner over the course of the series. It’s especially impressive since everyone else is still struggling to simply afford an apartment!

And of course, Liza got a much-deserved promotion as interim (and beyond?) Publisher of Empirical! Liza’s career has understandably lagged behind Kelsey’s in the series, but she’s proven to be equally sharp and savvy, so I’m thrilled to see her get this opportunity. She’s come so far over the course of the series, and this move was the perfect “happily ever after” for her.

But needless to say, there might be a little more to Liza’s happily ever after. 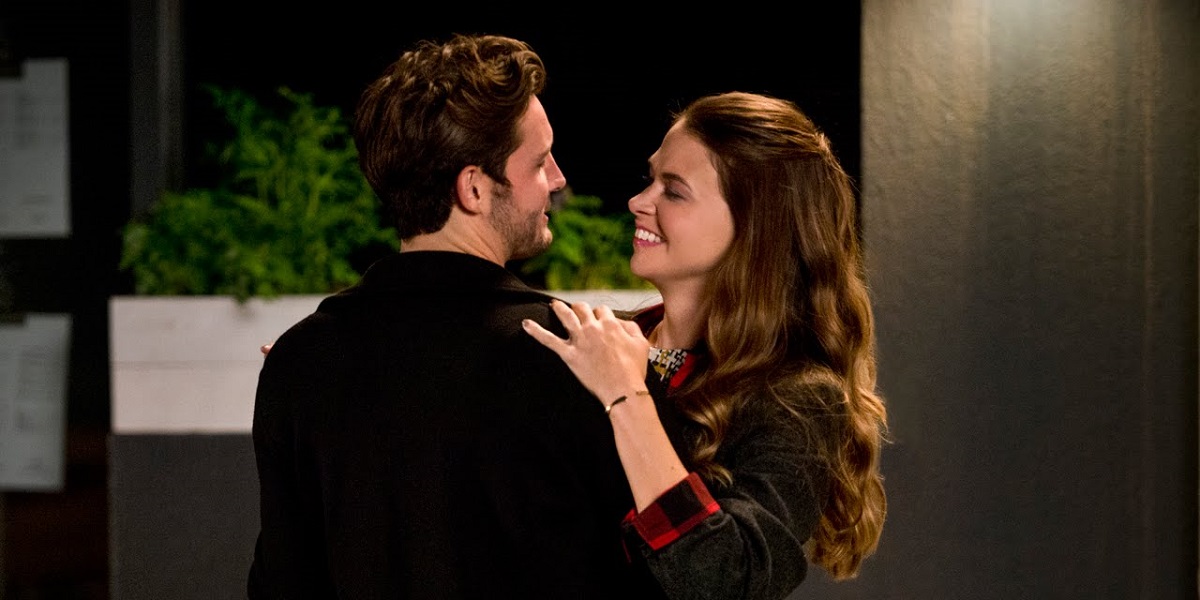 While Younger definitely wasn’t built around a love triangle, the topic of Liza ending up with Josh or Charles has been passionately debated by fans since the very beginning. Josh being the youthful departure from her old life that she so deeply desired, and Charles being the forbidden fruit that captivated her from the first bite. When presented with two options like that, Younger fans couldn’t help but pick a side and fight vehemently for it.

Younger season 7 kept us waiting until the very end, keeping both options seemingly far from the table. It looked like the series finale might not answer one of our biggest questions, would it be Charles or Josh, at all. But in the final minutes of the episode, after Liza and Charles briefly came back together before being crushed for good, there was Josh. Because of course. He’s been right there by her side. All along.

Yes, things were left slightly ambiguously, with the camera simply pulling out on the pair as they shared a loving glance, recycled lines from their meet cute, and their typical banter, but if you’ve been watching Younger you can fill in the blanks. This is a scene we’ve witnessed on many occasions. This is Liza and Josh coming back to each other, as they’ve done so many times before.

And with that, I wholeheartedly believe that they lived their own “happily ever after,” and that Liza Miller ended up with exactly the right man in the Younger series finale.

For starters, if this show has taught us anything, it’s that age doesn’t matter. Even though Charles may seem like a more appropriately aged partner for Liza, what does that really mean? A number does not make a man, and I’ve always believed that Josh is, in so many ways, a better man for Liza than Charles.

Charles presents himself as a sophisticated, strong, confident guy, but he’s proven himself to be anything but. He’s constantly terrified of making decisions, and he’s walked back almost every choice he’s ever made on the show, leaving both Liza and Kelsey in the lurch in the process. 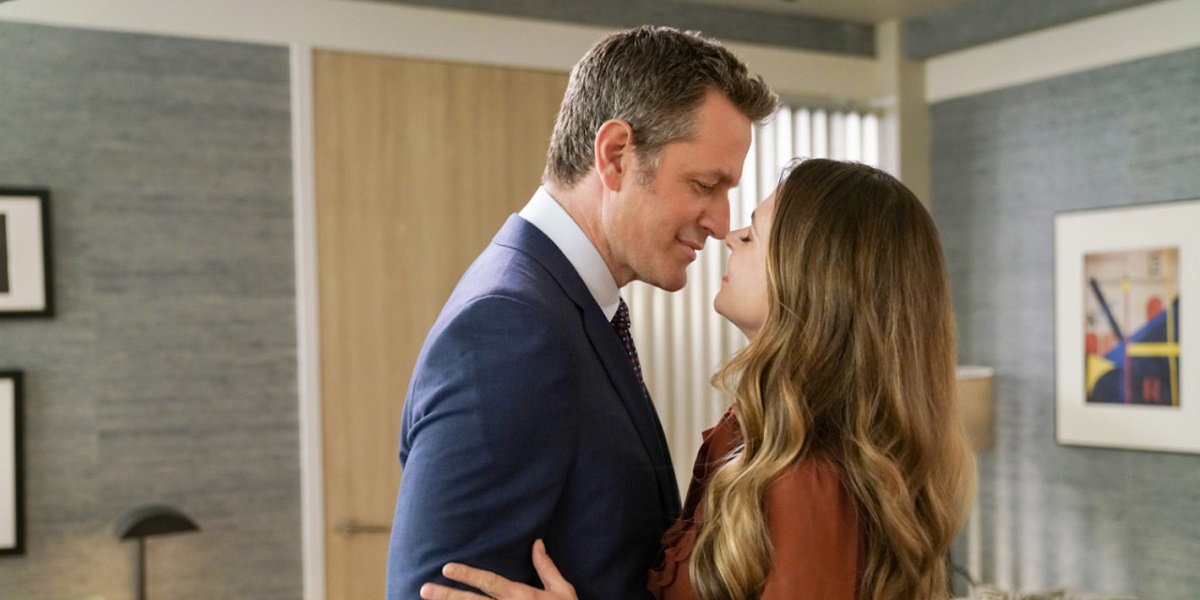 It began when he kissed Liza in Younger season 3, and continued in his professional and personal life from there onward. The one strong stance he took was asking Liza to marry him, but that turned out to just be a dual-purpose test and trapping mechanism. As recently as the penultimate episode he sweetly smiled when Quinn said she would’ve said yes, and then turned around and said he didn’t even like her! Yuck.

On the other hand, Josh has been a steady source of support in Younger, whether he’s offering a wise word, a shoulder to cry on, or even his space for Inkubator. He’s been open, honest, and steadfast since day one, and he’s remained a huge part of Liza’s life since their break up. Josh’s word is meaningful, and his heart is boundless.

While Josh has become a great friend to Liza’s entire circle, Charles has remained aloof. Josh has helped to solidify Liza’s group of friend and her little Inkubator, while Charles has always, and likely will always expect Liza to fit into the life that he’s already built. Josh, like Liza, is growing rapidly in all aspects of life, taking his business and family to the next level. Until the Younger series finale it looked like Charles was more interested in packing up his achievements and settling down, which is exactly what Liza was running away from when the series began. Just like trying to fit Millennial into Charles’s Empirical, trying to fit Liza into Charles’s life just didn’t work.

Simply by being there and being open, Josh has come to know Liza so much better than Charles. Even at the very end Charles was surprised by how “wonderful” Liza was. In a way, Charles and Liza never evolved past the fantasy of the first few seasons, while Liza and Josh have grown deep roots in reality.

All that said, I’d be lying if I said I wasn’t shocked when the final scene of the Younger series finale landed on Josh and Liza. They’ve barely interacted in season 7, so I thought all hope was lost. However, looking back, I think this was the show’s plan all along.

The biggest hurdle in their relationship was the fact that Josh wanted a family and Liza was past that. By giving Josh Clare, and subsequently Gemma, Younger essentially eliminated anything standing in their way. Also, Josh and Liza never felt over. They never had a good ending with any sort of closure. It’s because their story was always meant to continue. 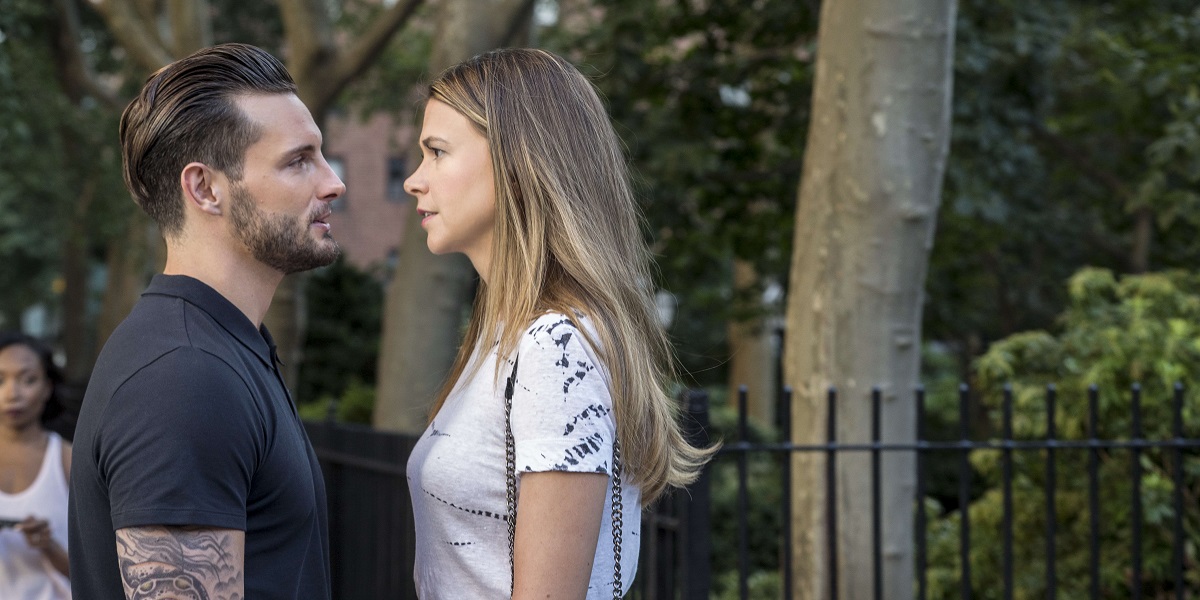 Why not have them reunite sooner? Because TV shows need drama, and once Liza and Josh got past their biggest obstacle, there wasn’t a lot of drama left for them. They’re fundamentally good for each other, so reuniting them only to have them break up again would likely feel inauthentic or repetitive, and could be damaging to both characters.

And of course, Liza’s time with Charles was important. Although ultimately he could never fully trust her, I’m so happy that their love story ended with them both helping each other get to the next step in life. Charles thrusted Liza into her new leadership position, and Liza pushed Charles out of his comfort zone and onto a new adventure. For a while I assumed that Josh and Liza would be each other’s stepping stones to brighter futures, but it turned out to be the opposite and I love it.

So far I’ve ignored the third option for the Younger series finale, which is Liza ending up with neither of the men, ultimately choosing herself. Don’t get me wrong, I believe this is a great choice for many stories, but I don’t think it made sense for Liza.

Liza began the series by choosing herself. Divorcing her husband and setting off on a new career was the “I choose me” moment for Liza. She’s been self-assured and strong for the entire series, not leaning on men for fulfillment. She didn’t need to have an “I am enough” epiphany at the end of the series. She’s known she was enough from the opening scene of Younger.

I believe finding a partner that let her flourish was a part of Liza’s Younger journey. She’d been unhappily married for most of her adult life and she needed to experience what love meant for her as a confident 40-something. I love that Younger gave that to her in so many ways, and left us with hope that it would continue into her future.

All of this, combined with the fact that there simply needs to be more destigmatizing examples of older women dating younger men on TV, I think that Liza ending up with Josh was the perfect conclusion for the Younger series finale. The only downside is that the show is over and we don’t get to see any more of it!