We use cookies to ensure that we give you the best experience on Hypable. If you continue to visit us, we will assume that you are happy with it.
2:00 pm EST, January 27, 2020

Can’t keep track of all the amazing YA book-to-film adaptations currently in production? Here’s a list made just for you!

Movie adaptations of popular books are a dime a dozen these days, but that doesn’t make it any less exciting when your favorite novel gets turned into a big budget film. It may be hard to keep track of everything in the works right now, but that’s literally why Hypable exists, isn’t it?

In 2019, we’ve been graced with such YA book-to-film adaptations as Five Feet Apart, The Sun Is Also a Star, and Little Women, among others.

But what about the adaptations coming out in 2020? Here’s a list of every movie we could find that’s based on a young adult book, along with their release dates and where you can watch them.

We’ll be updating this as release dates are announced, keeping everything in chronological order. Any movies without a confirmed 2020 release date have been left off.

P.S. I Still Love You is the sequel to the widely popular To All the Boys I’ve Loved Before, based on the book series by Jenny Han. The second film follows Lara Jean as she tries to maintain her relationship with Peter Kavinsky and navigate the re-introduction of John Ambrose into her life.

‘All the Bright Places’ 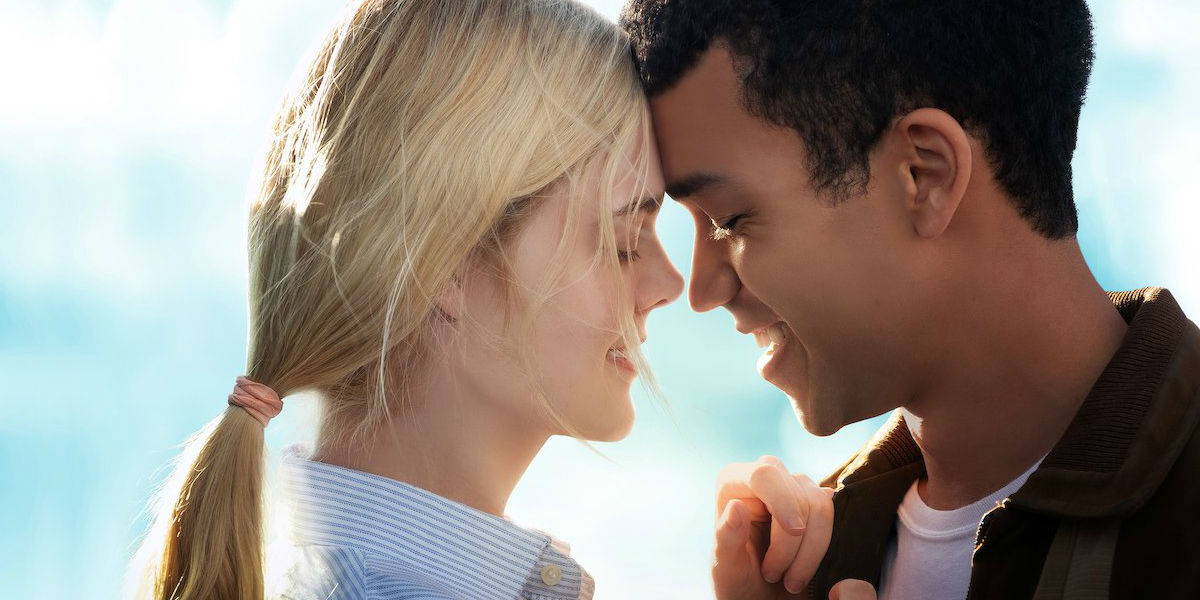 Elle Fanning and Justice Smith star in this romantic drama based on the book of the same name by Jennifer Niven. It’s about two high school students who struggle with depression and mental illness. They come together and change each other’s lives. It’s sure to be a powerful YA book-to-film adaptation.

Disney’s Stargirl film should not be confused with DC’s Stargirl series, though they’re both about empowerment. The movie coming out on Disney+, however, follows the story of Leo, a teen who has always felt like he needed to hide. That is, until he meets Stargirl, who never seems to have a problem being the brightest person in the room. It’s based on the novel of the same name by Jerry Spinelli.

This isn’t the first time The Secret Garden by Frances Hodgson Burnett has been adapted to film, and it probably won’t be the last. The presence of Colin Firth and Julie Walters certainly promises a spectacular film, with Dixie Egerickx at the forefront. This story is about friendship, imagination, and maybe a little bit of magic.

The road to the adaptation for Eoin Colfer’s insanely popular Artemis Fowl series has been a bumpy one. As you can see from the trailer above, the initial release date of August 2019 has come and gone. Luckily, the new release date is just around the corner, and there are high hopes that the movie will be just as popular as its source material. 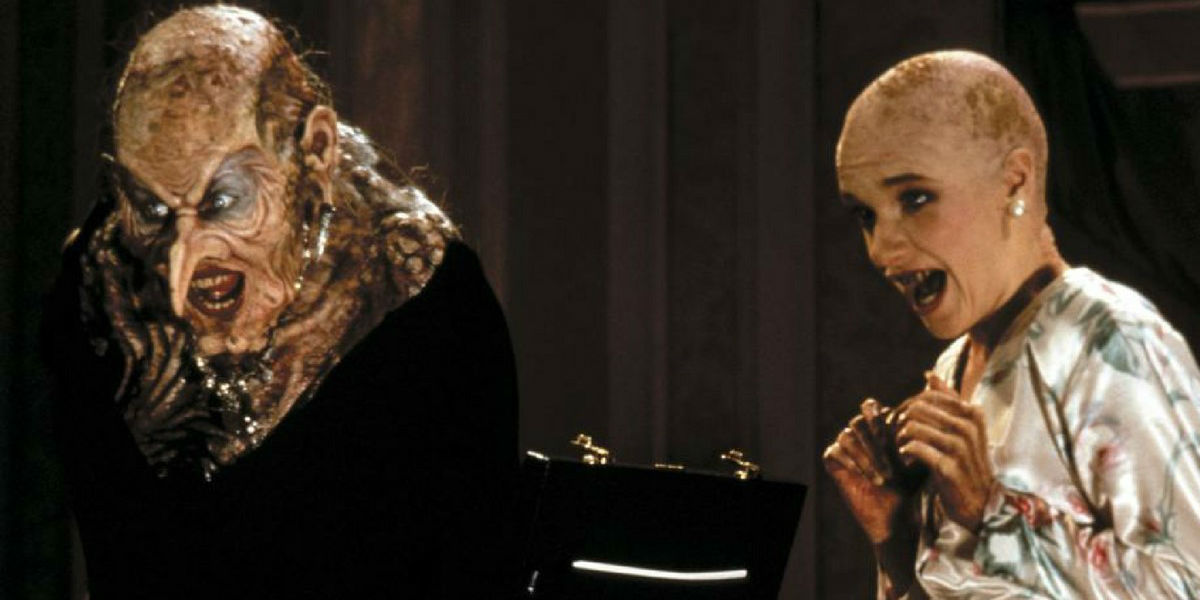 Remember that movie from 1990 called The Witches (above) that probably gave you nightmares as a kid? Well, it’s being remade so a whole new generation can experience its trauma. Based on the novel by Roald Dahl, Witches will star Anne Hathaway, Octavia Spencer, Stanley Tucci, and Chris Rock and follow a little boy as he stumbles upon a conference of — you guessed it — witches.

The Witches release date: October 9
Where to watch The Witches: Theaters 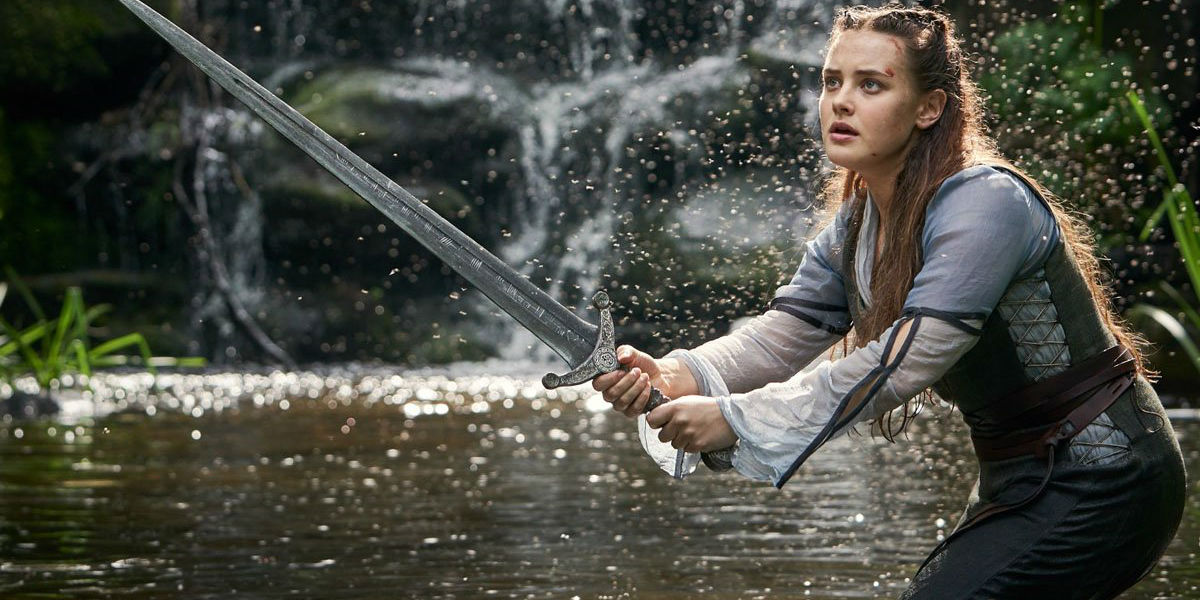 Cursed promises to be a new take on Arthurian legend, with the story taking place from the perspective of Nimue, who is destined to become the Lady of the Lake. Authors Frank Miller and Tom Wheeler turned Arthur into a mercenary and our heroine into a symbol of hope for the rebellion as they quest together to find Merlin. Netflix is adapting it to series. 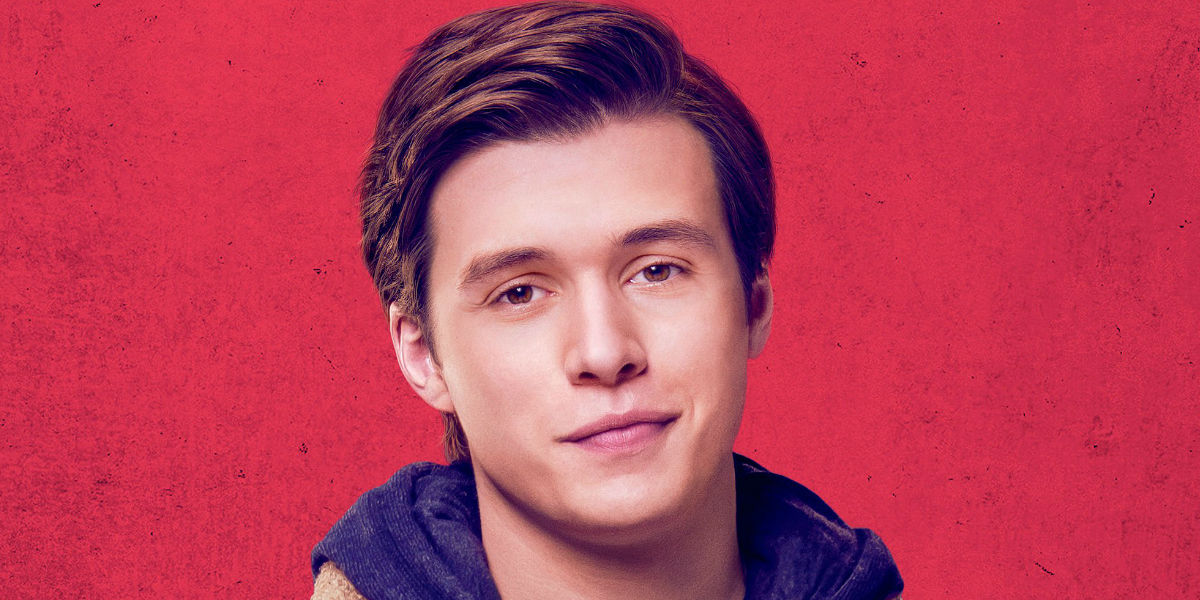 The cool thing about the Love, Simon TV show is that it’s not a remake in the slightest. Instead, it takes place within the same world as the film! The series will focus on a new student named Victor who struggles with his sexuality and reaches out to Simon for help. Simon himself, Nick Robinson, will be our narrator. 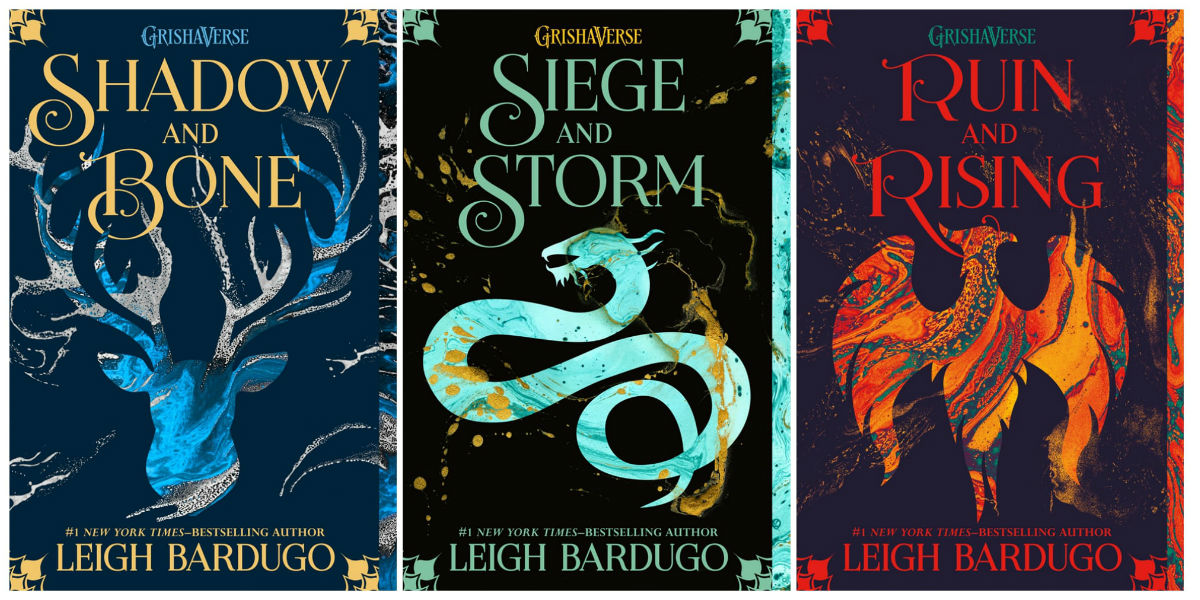 This television series is based on the Grishaverse novels by Leigh Bardugo, combining characters from both Shadow and Bone and Six of Crows. Thugs, thieves, assassins, and saints populate a word fighting perpetual darkness and unnatural creatures. 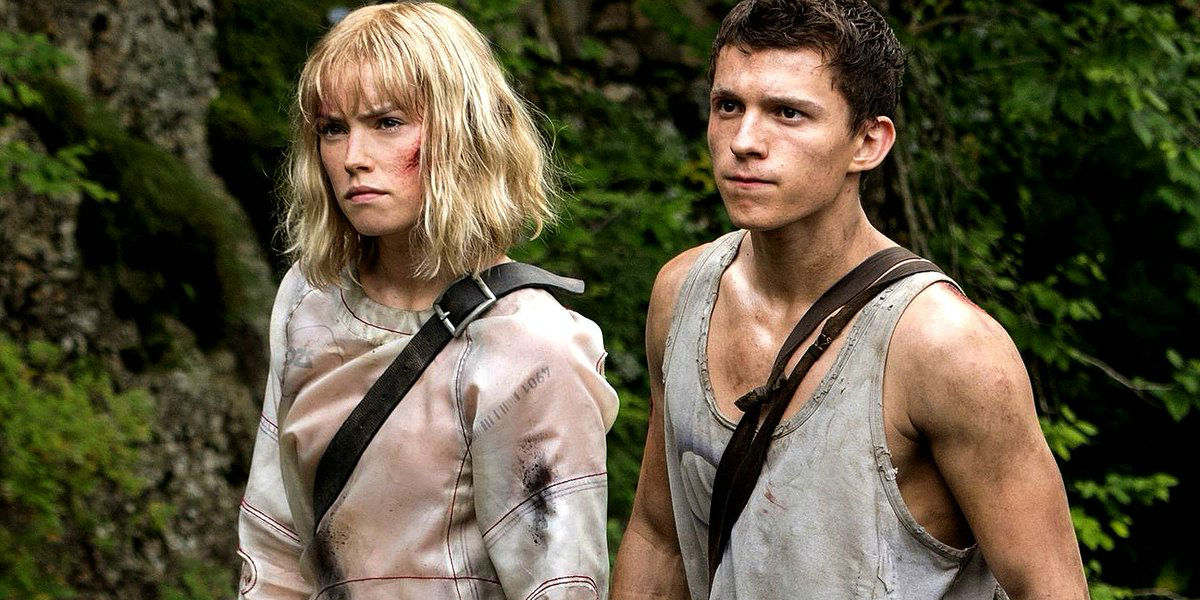 Based on the series of the same name by Patrick Ness, this sci-fi dystopian story takes place in a world where everyone can hear each other’s thoughts. It’s only when he discovers a patch of silence, and a mysterious girl, that things really start to kick off. The movie starts Tom Holland, Daisy Ridley and Mads Mikkelsen, but due to poor test screenings, the premiere has been pushed back from its original March 1, 2019 release date because of reshoots.

‘There’s Someone Inside Your House’ 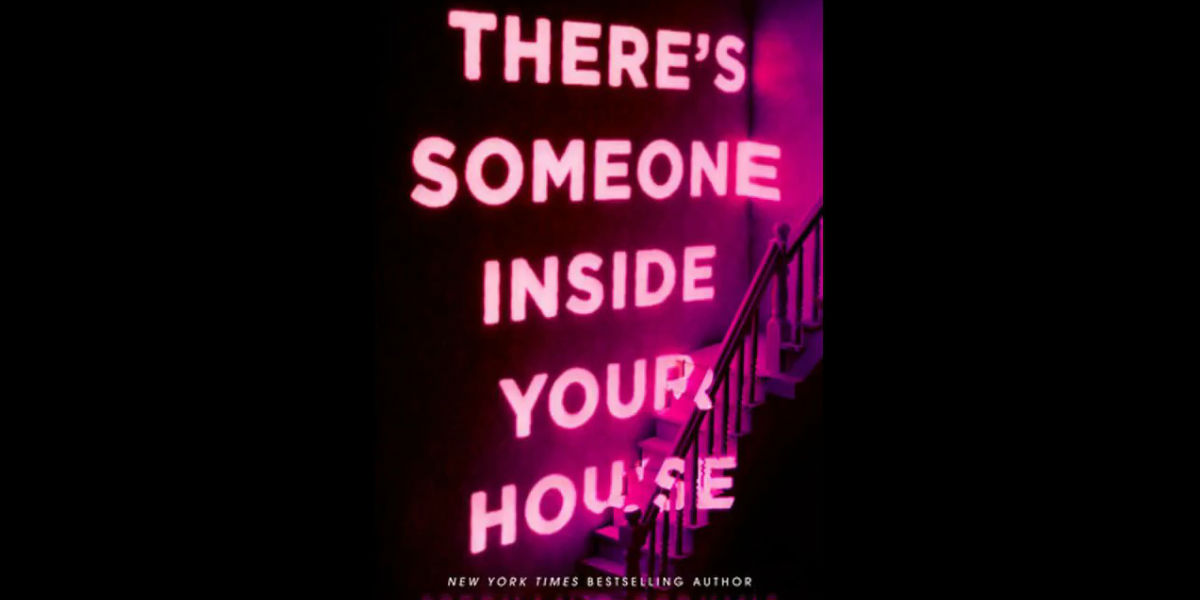 Stephanie Perkins may be best known for her romance novel Anna and the French Kiss, but her slasher There’s Someone Inside Your House should not be overlooked. And, it turns out, Netflix is making sure it’s not! The chilling book title gives away part of the premise, but it’s paramount you know this novel also contains quite a few grizzly murders.

This is a sequel to the popular romcom The Kissing Booth, which debuted on Netflix in 2018. It’s based on the novel of the same name by Beth Reekles. It stars Joey King, Joel Courtney and Jacob Elordi, and currently there’s no word as to what the plot could be for the film.

Daisy Edgar-Jones and Paul Mescal star in this adaptation of the book of the same name by Sally Rooney. It follows Marianne and Connell through high school and college as they explore their complex friendship.