We use cookies to ensure that we give you the best experience on Hypable. If you continue to visit us, we will assume that you are happy with it.
7:00 pm EDT, May 6, 2019

Who even is Eve Polastri? Unpacking Eve’s transformation in ‘Killing Eve’

Killing Eve taught us to love and fear a female assassin, but a bigger threat is looming in season 2: Eve Polastri herself.

Spoilers for season 2 of Killing Eve below.

Season 1 of Killing Eve was all about Eve catching Villanelle, but those were simpler times. With season 2, things have become a lot more complicated. Not only has Villanelle’s obsession with Eve brought her right into the middle of MI6’s operations, but Eve’s fixation for Villanelle has led her to making increasingly questionable decisions. The combination probably won’t lead to a happy ending. 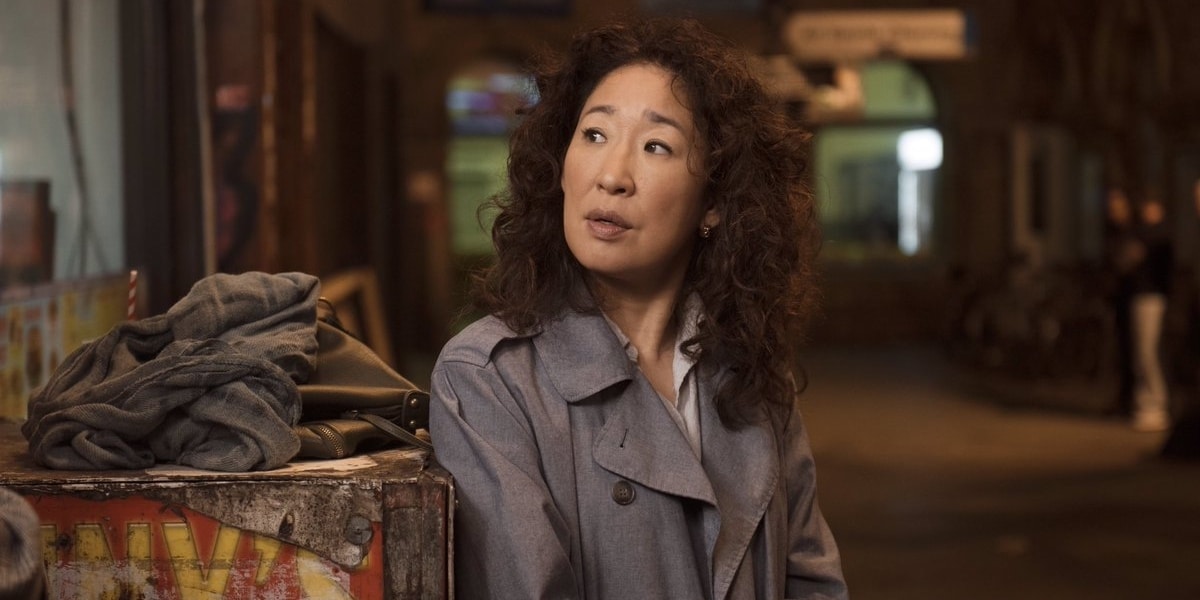 What does Eve want?

At the start of season 1, Eve was bored. She was researching female murderers in her spare time, trying to find a case that appealed to her, but kept getting assigned to boring cases. So she started her own investigation — and got herself assigned to Villanelle’s case: her dream job, if she ever had one.

At that point, it seemed her only dream was to have a job that respected and challenged her. After Bill’s murder, her first irrational decisions seemed to come out of grief, and later frustration at Carolyn, which was understandable.

But in season 2, we’re starting to see hints of a different motivation. Eve is leading a team on the sort of cases she’s always wanted — and yet, she doesn’t seem to be thinking about the wider consequences: just about getting closer to Villanelle. She’s risking work relationships and ignoring hints that she might be in danger, with little regard for keeping her job.

Maybe she’s a bit of an adrenaline junkie. As she told Hugo some episodes ago, she enjoys both the chase and being chased. It excites her. And clearly, procedure for these cases is starting to get too boring for her… to the point that she’s putting herself directly in harm’s way to chase very elusive victories over the Ghost. It isn’t enough anymore.

So what’s the next step?

Episode 5 of season 2 gave us a terrifying hint. When Eve was slightly jostled by a passerby in a train station, she contemplated pushing him onto the train tracks. And not just contemplated it: she reached out with her hand, ready to do it.

Is the next step in her adrenaline ladder murder?

Which leads us to wonder — why exactly was Eve researching female murderers in the first place, back at the start of season 1? Was it really just a hobby, or something much darker? 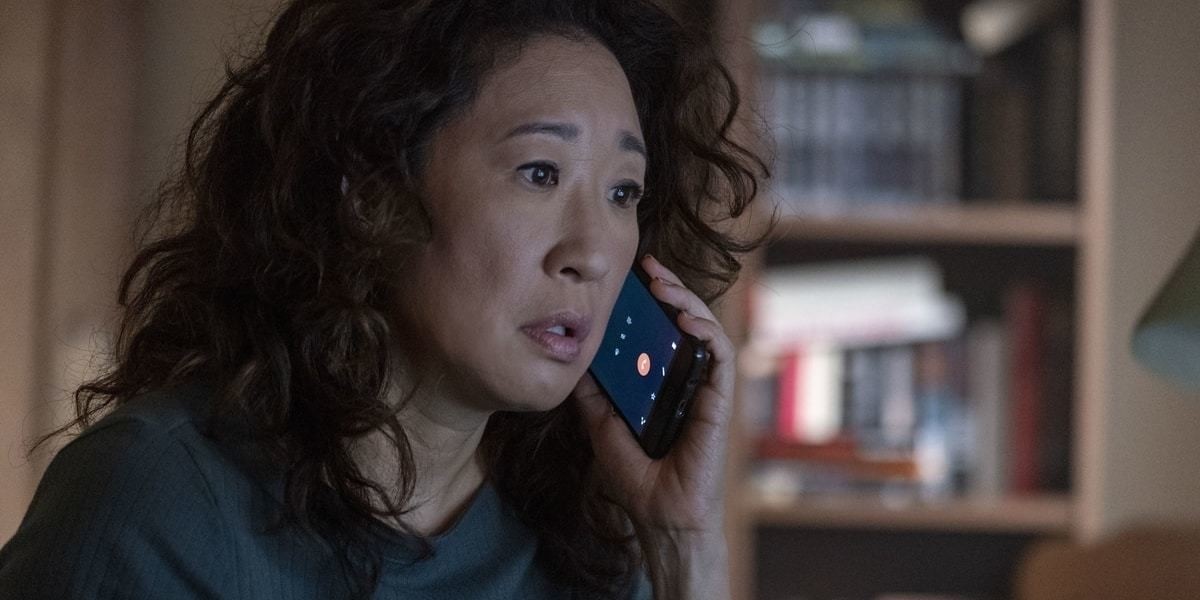 What is in Eve’s past?

While Villanelle started out as an enigma we all wanted to decipher, she’s looking more and more easy to understand this season, now that we were able to connect some dots. We know her parents weren’t very present in her life, and that she had an unhealthy attraction to a teacher that spiraled into an ultimately deadly sexual attraction. Villanelle craves attention, particularly that of women with dark, curly hair.

We may not know the details, but it all makes a lot of sense — enough to comprehend why Villanelle does the crazy things she does. But when it comes to Eve, answers are a lot hazier. She acts in unpredictable ways, in some cases going against all logic. She seems bent on destroying all her friendships and her marriage, and throws herself into a job that might not even be there soon (if Jess’ warnings about a lack of a paper trail are any evidence).

All we know about Eve’s past is that she was born in England but was raised in America. We know she speaks Korean to her mother (unless the phone call in episode 4 was just a sham to look normal while catching the Ghost… but the fact that Eve speaks Korean at all probably means her family speaks it.)

Did something happen in her past that began her fascination with murderers? Does she have a family to fall back on, if her relationship and job were to fall apart? Or would Villanelle be all she has? 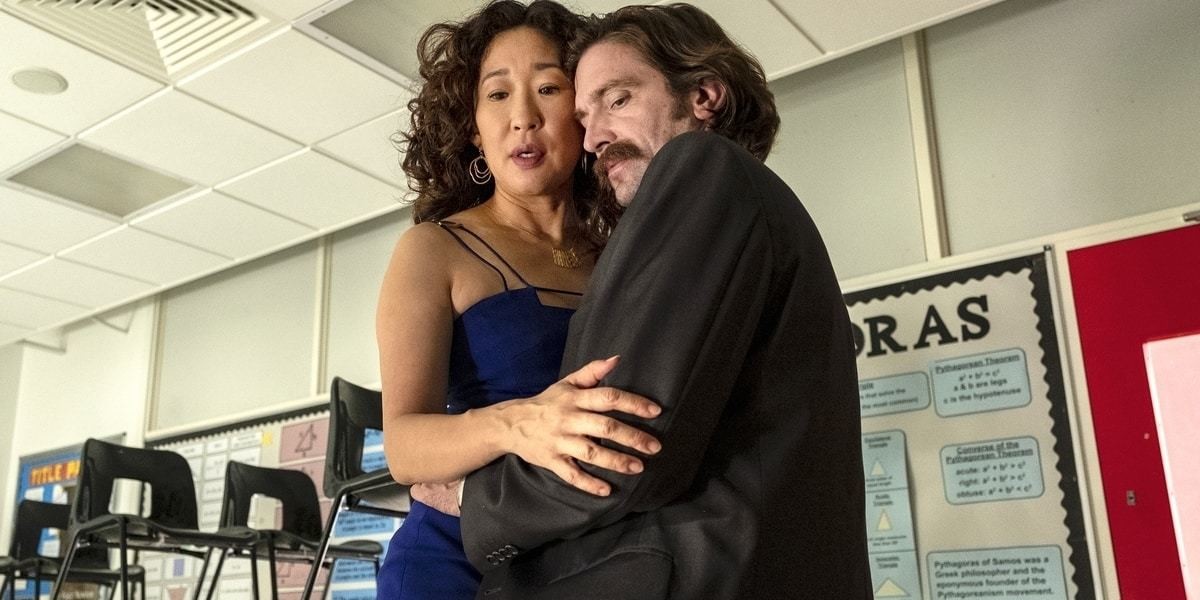 Who does Eve want?

Eve and Niko’s relationship seemed to be doing all right before she met Carolyn (and for the record, Carolyn did warn Eve of the toll the job takes on marriage). The two of them had a great partnership, with shared hobbies, great dry humor, and a comfortable home life.

But Eve’s job began to break it down, as the confidential nature of her work made her secretive and she started harboring some personal secrets as well, both about the risks she was taking and about the attraction she was feeling. At this point, it’s undeniable that Eve is emotionally and physically attracted to Villanelle.

Although it’s dysfunctional and not physical (unless you consider the stabbing a sexual act, which I would argue Villanelle does consider romantic at the very least), the amount of emotional intimacy Eve associates with Villanelle is almost a kind of cheating.

Meanwhile, Niko doesn’t know about most of what’s happening, and Eve seems committed to ignoring his existence. She wants to shed her life with him and become immersed in Villanelle. But she could never really have a relationship with her — at least not by any conventional definition. Villanelle is volatile, and loves Eve because she loves the chase and the challenge. At some point, a relationship based on adrenaline will either fail or end up with someone dead.

This is the crux of Killing Eve, of course… but what about Eve’s moment with Hugo? In episode 4, the two almost kissed, right after Eve confessed the excitement she feels when chasing Villanelle. Was it just a kiss of understanding (if that even exists?) or is Eve really that far gone?

Eve wants someone… but I’m not entirely sure even she knows who it is. 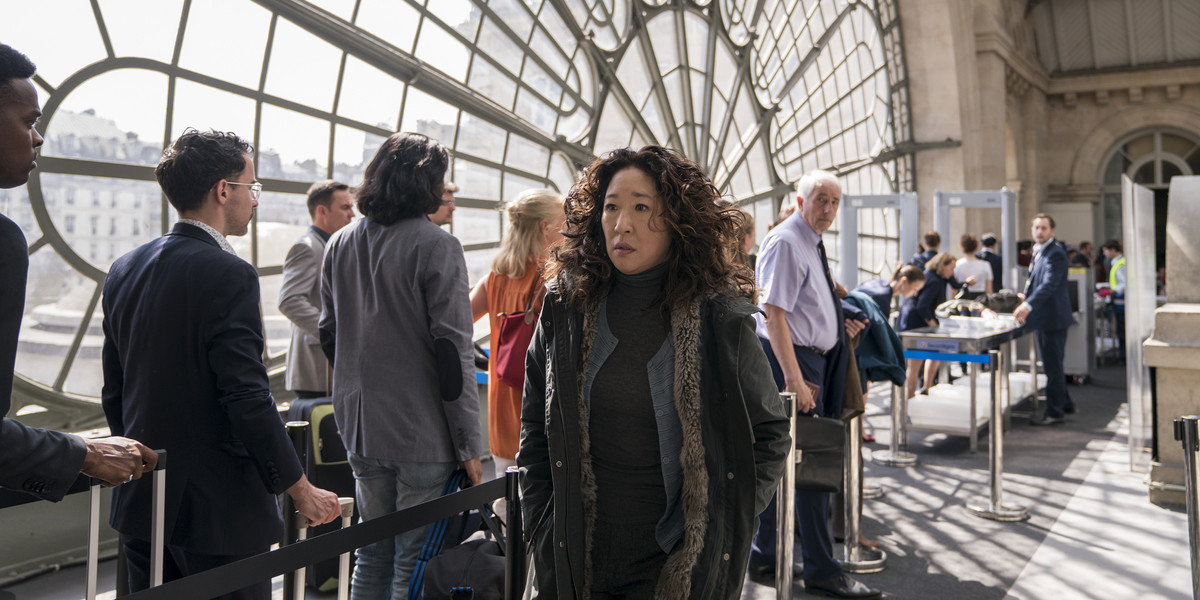 What will Eve become?

Eve’s inner turmoil hasn’t gone unnoticed. In fact, it’s possible that it’s been intentionally engineered. Carolyn knows exactly what is happening, and so does Konstantin… and we’ve frequently seen them together, while they share no information with anyone else.

Behind the scenes, the two have orchestrated multiple situations where Eve has been forced to make a decision, and often made a wild choice — like leaving to stab Villanelle. And while she ordered a psych evaluation last episode, Carolyn has taken no steps to reverse Eve’s downward spiral.

Eve is turning into something more than just a passionate investigator. In fact, she’s on the brink of giving into murderous tendencies herself. And while she may not be aware of the change, everyone else is… but other than Kenny (poor, sweet Kenny) and Niko (RIP), no one is taking any steps to stop it.

Eve may be in denial about her transformation, but it’s happening. And regardless of what happens with Villanelle in the future, she’s about to become a very different character than the one we knew in season 1.