What’s inside a Poké Ball, and how Pokémon survive in them for so long

What’s inside a Poké Ball, and how Pokémon survive in them for so long

We’ve all wondered what exactly goes on for those Pocket Monsters after they’ve been captured. Here’s what’s inside a Poké Ball, along with how the Pokémon can live in one for so long.

Ever since the series launched in 1996, fans have been asking themselves this very question: What’s inside a Poké Ball?

You’d think that nearly two and a half decades later, this would have been answered more definitively. And yet, what exactly the inside of a Poké Ball looks like still remains a mystery. The closest we ever got to that answer was in a 2016 interview, in which series producer Junichi Masuda said the following (cryptic) statement:

To say that Masuda left what the inside of a Poké Ball looks like up to interpretation is quite the understatement. From the sounds of it, Masuda could be describing anything from Genie’s lamp in Aladdin to a Polly Pocket miniature dollhouse.

Thankfully, the Pokémon anime, movies, video games, and other media have given us some hints as to how Poké Balls work, how they are made, and what the limits of these monster capturing capsules are.

What does the inside of a Poké Ball look like?

From the above description, one could only assume that instead of being a simple digital space, the inside of a Poké Ball provides an environment with all of the basic needs of the Pokémon that has been captured. It’s a catch-22 to envision a Poké Ball with, like, a couch, bed, carpet, TV, etc. because a) that’s pretty much The Matrix, and b) it doesn’t exactly explain why wild Pokémon are typically resistant to being caught. Take a look at what the inside of a Poké Ball without a Pokémon in it looks like in the anime:

If we’re to take the interpretation of Masuda’s quote a little less literally, it could be possible that the inside of a Poké Ball contains a nature-like environment that the given Pokémon would be most comfortable in. For example, a Pancham might have an environment full of bamboo stalks, while a Porygon would likely have a digital-themed space full of computer gadgets and the like.

There really are a lot of possibilities here, and given that most of the Pokémon series is magic-science, it would come as no surprise if the series creators were to come out and say that Poké Balls are made of technology that is advanced enough to provide a unique environment for every Pokémon out there. I wonder what Arceus’ would look like?

How do Pokémon survive inside a Poké Ball?

A member of The Elite Four has gifted us a fairly important answer to this one. When Pokémon that have been weakened in battle return/are captured to a Poké Ball, they curl up in a fetal position so as to promote the healing of their injuries, according to Psychic-Type Elite Four member Lucian.

One article addresses the question of why Pokémon would go into a Poké Ball. According to this article, this behavior is based on instinct. A weakened Pokémon will curl up tight in an effort to heal itself. The Poké Ball was invented to take advantage of that protective instinct. 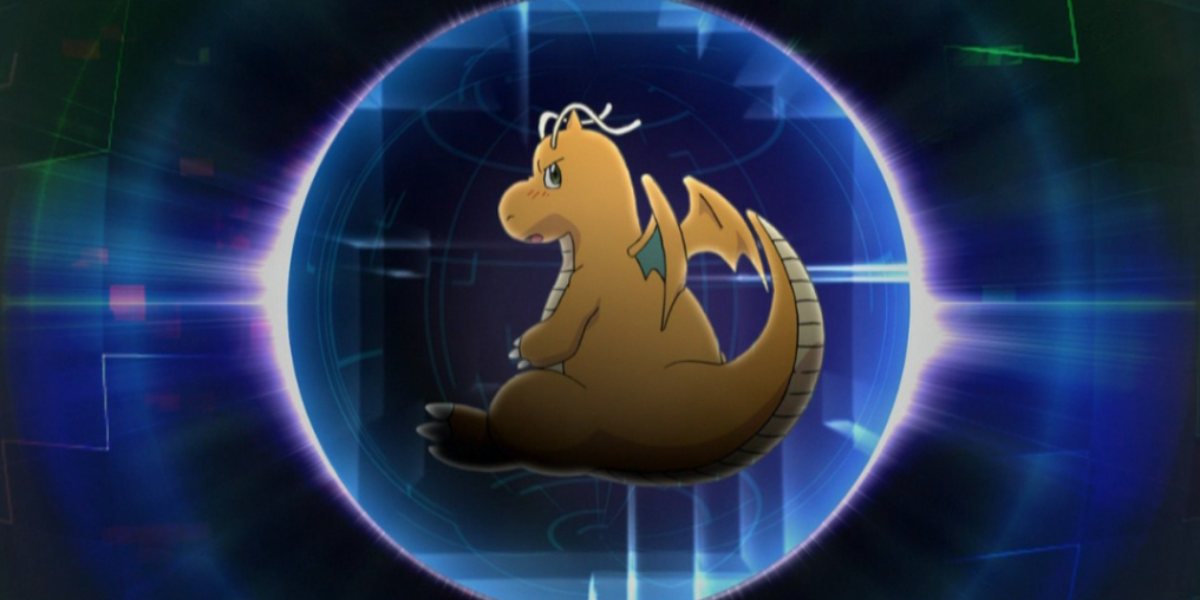 Lucian’s above quote from Diamond/Pearl/Platinum does shed light on how Pokémon survive in their Poké Balls, but still leaves out a fairly important element: how Pokémon eat in a Poké Ball. My theory here is that Pokémon in a Poké Ball can fall into a hibernation state. However, they are (presumably) carbon-based creatures, meaning they would eventually require sustenance to convert into caloric energy. Perhaps there is some magic-science here with the conversion of the electronic pulses inside of the Poké Balls?

Can you catch a human with a Poké Ball?

No. The anime has made this pretty clear: there are specific “markings” on Pokémon that show that they have been captured. There is a digital registration that seems to only be made possible by the genetic makeup of Pokémon.

As for how Poké Balls work, we get some hints as to their origins via Kurt, the blacksmith of sorts in Azalea Town who creates Poké Balls out of Apricorns. The Apricorns are hard, nut-like organic material that is tediously converted into a Poké Ball. This process, as revealed in the anime, has been honed from ancient times, where early civilizations created Poké Balls out of stone.

Related: Game Freak’s decision to not include a Sword and Shield National Dex makes sense

The reason that a Poké Ball cannot catch a Pokémon that has already been registered by another trainer is because of the above mentioned characteristic digital marking. Pokémon need to be released in order for this digital marking to be relinquished.

What questions do you still have about what the inside of a Poké Ball looks like?