‘Westworld’ season 3, episode 8 review: The beauty in the disarray

Westworld season 3, episode 8 “Crisis Theory” finally reveals Dolores’ master plan, which turns out to be both beautiful and frustrating.

Beautiful in its intent and meaning, frustrating in the way the show chose to get there.

In fact, that’s pretty much how I would describe this whole season of Westworld.

As with previous seasons, this season of Westworld was ambitious both in its plotting and its thematic storytelling. There were big ideas at play here about privacy and technology, and interesting questions about autonomy, free will and personhood.

And for about the half the season, I truly believed that the show could deliver on its exploration of those big ideas at the same time that it plotted out a satisfying narrative and arc for everyone.

Indeed, the first four episodes were as impeccably plotted and interesting as this show has ever been, giving us a soft reboot and a renewed focus.

Unfortunately, the back half of the season lost that focus, rendering some of the most interesting characters as mere plot-pushers and exposition-givers and rushing the resolution to many of its big questions.

As much as I hoped that the finale could wrap up everything in a profound, mindblowing and satisfying way, the reality ended up being a bit more disappointing.

Still, even though this season of Westworld wasn’t all that I wanted it to be — and there were times where I thought about giving up entirely — I think that, like Dolores, I’ll choose to see the beauty in the disarray. 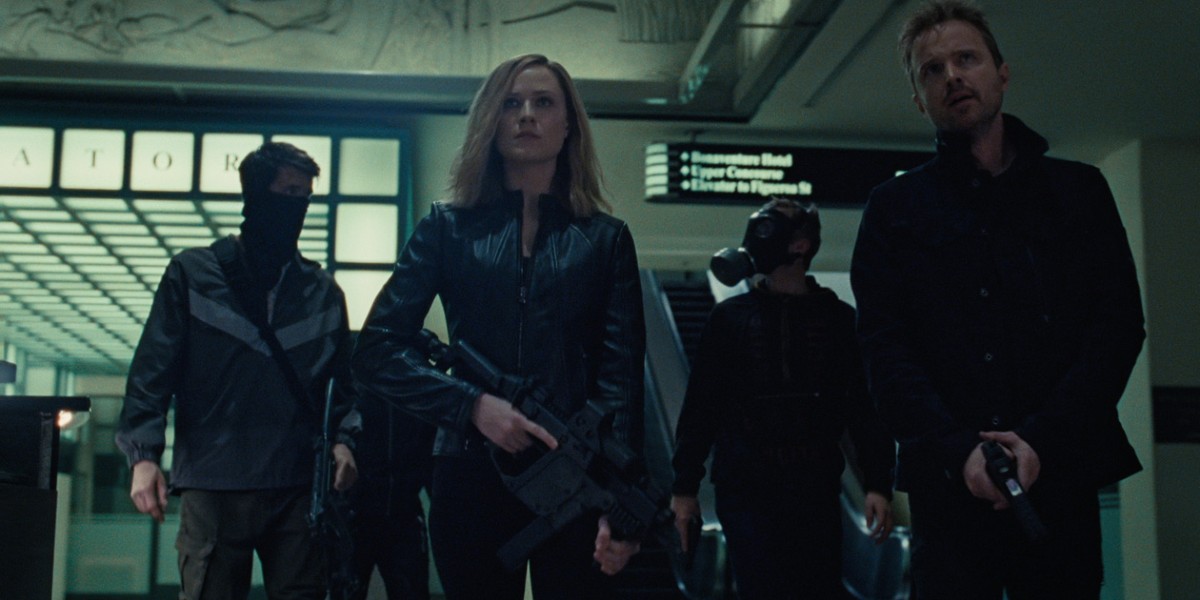 Before we get to the beauty, let’s talk about the disarray.

The entire season, I’ve been wondering just what exactly was Dolores’ plan was with regards to humanity. She’d spoken a lot about freedom and free will for humanity to Caleb, but she’d also spoken a lot about the ugliness, darkness and discord within the human heart — enough so that I was highly skeptical that she wanted to do anything but annihilate mankind.

However, turns out I was wrong, and she had seen enough beauty in mankind to truly set it free and leave its fate up to itself, rather than an algorithm.

This brings Dolores’ completely in line with Ford’s in season one. Just as Ford disregarded the autonomy and sentient of the Hosts, so too did Dolores disregard the capacity for change and beauty within mankind. And just as Ford sacrificed himself to burn down the old world and grant freedom to the hosts, so too does Dolores effectively sacrifice herself so that a new world can be born for a newly freed humanity.

It is a fantastic parallel in theory that I can’t quite help but feel was bungled in execution.

Because while the turn in season one was a revelation that felt earned, the turn here with Dolores is as inexplicable as it is frustrating, a reveal that leaves as many questions as it does answers.

Was this Dolores’ plan all along, or was her mind changed by her time with Caleb. And if it was changed because of Caleb — when, how, why did it change? It’s as if the show is asking us to make an assumption for which it never gave us any evidence. 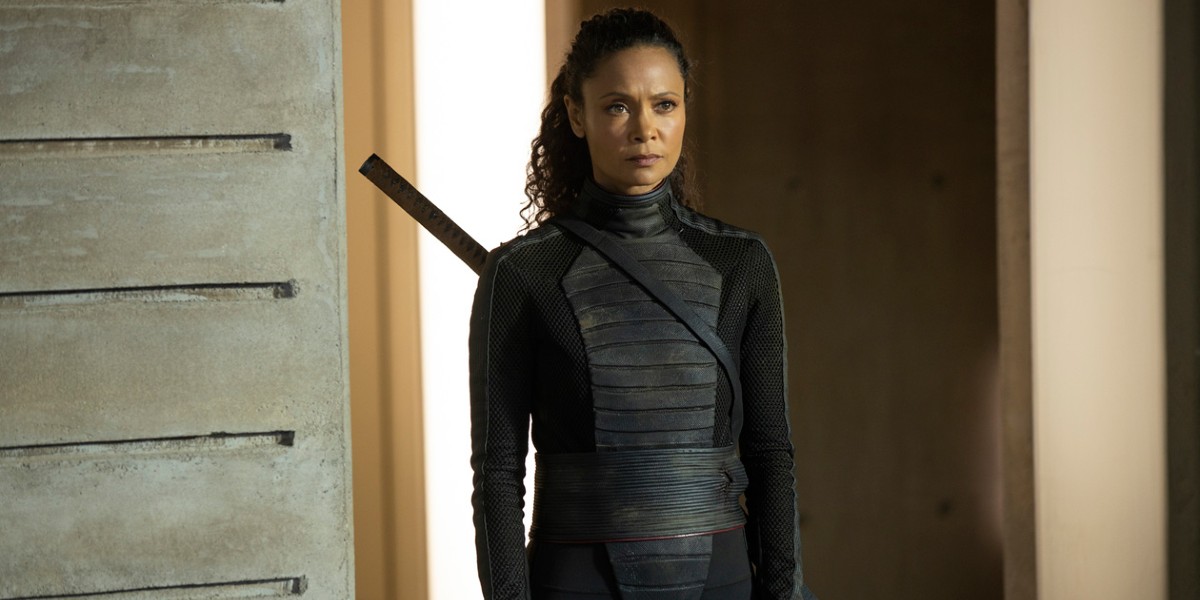 In addition to the reveal that Dolores really has been on the side of humanity this whole time — or maybe not, who knows! — comes the second realization that so much of the conflict between Maeve and Dolores could have been avoided had the two women just sat and had a coffee together.

We know this because as Dolores lays dying, her memories being deleted from her system one by one, she and Maeve finally have that one to one. Maeve admits that perhaps humanity shouldn’t exist, but asks Dolores if that’s really her decision to make.

And it’s then and only then that Dolores lays out here entire thesis for humanity, and in doing so, implores Maeve to choose a side.

It’s what I’ve wanted all along — not necessarily the two of them on the same side — but some sort of resolution between the two that clarifies why they’re even against one another.

But the fact that the resolution is that they shouldn’t have been against one another at all, and that Dolores has always seen Maeve as the person to help usher in a new era for mankind, makes Maeve’s entire journey to get here rather pointless.

She’s spent the entire season being treated as Serac’s errand girl, when it seems like one good conversation between her and Dolores couldn’t gotten us here half a season ago and then taken the season in really interesting places.

Miscommunication/deliberate silence as a way to move the plot forward is my least favorite way to tell a story, mostly because I find it to be lazy and unimaginative writing. I suppose you could say that Dolores and Maeve didn’t find themselves in a place to trust each other enough to have this conversation, but truly, it was the deliberate opaqueness of Dolores’ everything that drove them to this point. 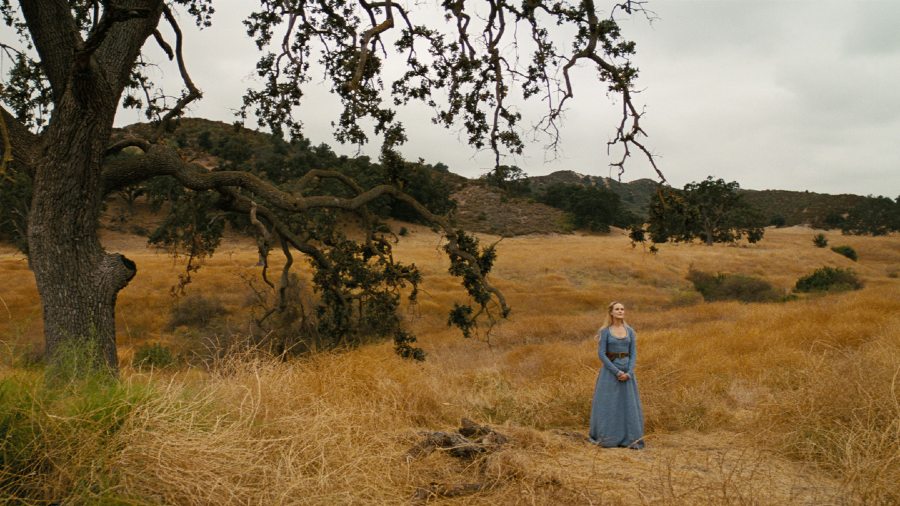 I know all that seems like I hated the episode — and, truthfully, I found myself almost irate after I first watched it.

But, now that I’ve had some time to dwell on it, there is — as I mentioned earlier — beauty to be found in the disarray. I don’t appreciate the journey it took to get the characters there, but I do admire the resolution that we’ve been given.

Westworld can be — and has often been — a very dark and dreary show, one that highlights that mankind isn’t capable of elevating itself above its most base instincts. What this season offers is a rebuttal to that idea.

With seasons one and two, Westworld seemed to believe that when given the absolute freedom to choose, humanity would always choose to be cruel, violent and selfish.

But what this season seems to posit is that if given a real choice, humanity might choose to be better.

“They created us, and they knew enough of beauty to teach it to us,” Dolores says, in perhaps one of the most beautiful lines of the season. “Maybe they can find it themselves.”

It is a stunningly hopeful belief for a show whose early mantra was “these violent delights have violent ends,” and one that is desperately needed as the real world around us continues to look increasingly dark.

Maeve, now on the side of Dolores and humanity, reveals to Caleb that Dolores chose him not for his capacity for violence, as Serac wanted him to believe, but because of his capacity to choose.

More specifically, his capacity to choose to be better.

The final flashback of the season reveals to us park 5 — a real world park used by the armed forces to train their soldiers — and Caleb, choosing to not fall to his baser instincts, but to be decent instead.

Armed with the knowledge that he has the ability to choose, and that his choices have power, Caleb shuts down Rehoboam, effectively giving the rest of the world the same frightening, exhilarating freedom he now has.

And as Maeve and Caleb walk out into a world in chaos, Maeve is able to see it for what it is — a new world.

“This is the new world,” she tells Caleb as they look at the burning skyline. “And in this world, you can be whoever the fuck you want” 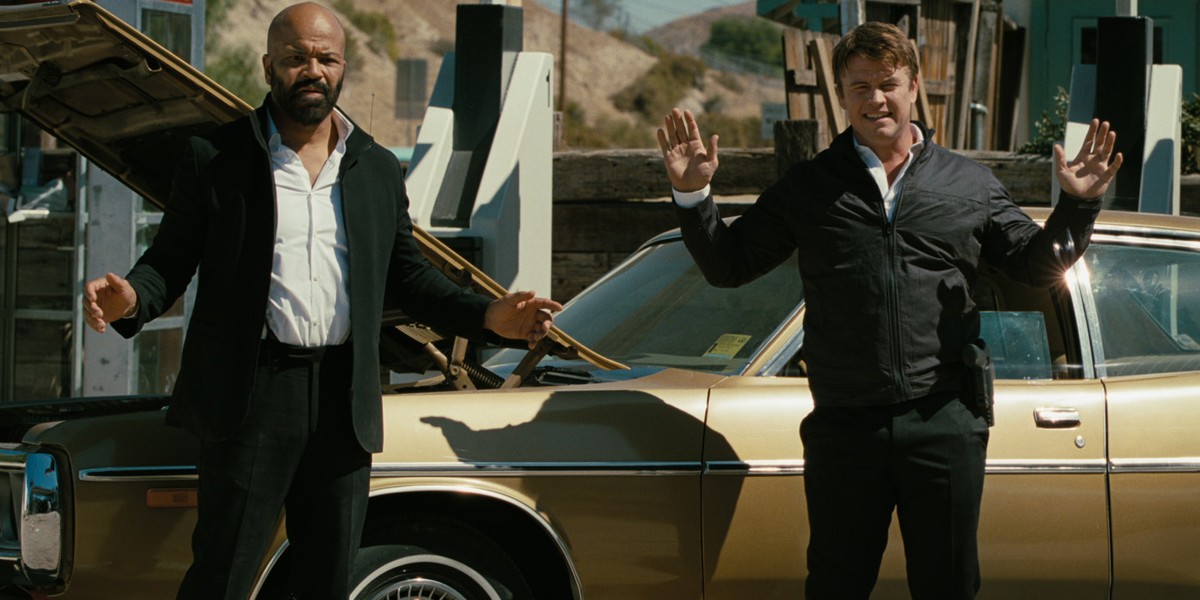 What did you think of ‘Westworld’ season 3, episode 8 ‘Crisis Theory’?