Westworld season 3, episode 3, “The Absence of Field,” puts Charlotte into the spotlight and brings us into the world of corporate espionage.

Though Charlotte was first introduced in Westworld season 1, she took on more of a centralized role in season 2, playing a delightful, devious antagonist with a pretty clear cut MO and motivation.

And while this show is smart and well-written — and Tessa Thompson is incredibly talented — I do feel like Charlotte was as one-note of a character as this show will allow.

While playing her was clearly a lot of fun, her story arc in seasons 1 and 2 didn’t exactly give her the opportunity to deepen the complexity of her character too much.

With so much of Westworld purposefully complex, Charlotte was somewhat of an outlier — someone whose motivations and plans were transparent, even if the way she enacted them were deliberately opaque.

That’s not the case in this new season, in which Charlotte is inhabited by a currently unknown host processing unit, and whose sense of self is as muddled as our own understanding of who she is and what she wants.

The most interesting character arc and thematic questions belong to her storyline this episode, while the biggest forward plot movement goes to Caleb and Dolores’ intertwined storyline.

The episode weaves together these different threads in an exciting, evocative way, bringing interesting questions to light while also shedding light on Dolores’ motivations out in the real world. 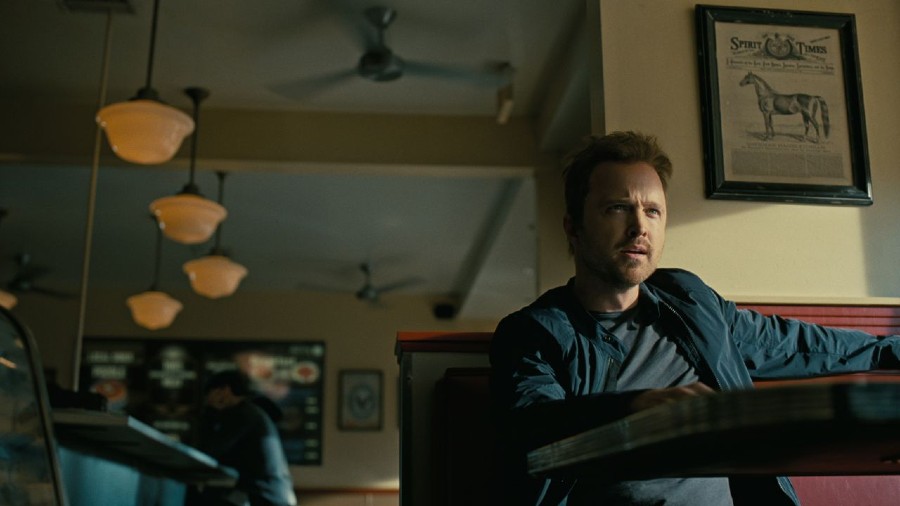 We last left Caleb in episode 1 as he was holding a wounded Dolores in a dark underpass in a park. Episode 1 allowed us to get to know Caleb as he is now, and this episode deepens that connection with him.

He is, as far as we can see, a good man. A son who consistently visits the mother who abandoned him and no longer even remembers him. A petty criminal uninterested in the bigger scores and higher payouts because of who he might hurt.

And a man willing to help a stranger — and continue helping her, even without knowing if he’ll ever see her again — simply because it’s the right thing to do, even when his life is at stake.

But just as we’re given a deeper look at who he is, this episode also affords us a look at how the world within Westworld sees him.

Or rather, the program which runs the world — Incite’s Rehoboam — sees him.

Because while we may see Caleb as a good man with a good heart, a man who is burdened by his trauma but not consumed by it — Rehoboam merely sees a liability, a net loss, a lack of potential.

Fed by a steady diet of data and numbers, Rehoboam has distilled Caleb into a set of markers that will dictate his maybes into guarantees: no to marriage, no to kids, no to a life beyond 12 years.

Because Rehoboam isn’t interested in someone’s heart or soul — those intangible, unquantifiable parts of a person — but in their decisions, in their words, in their outputs.

In this episode, Caleb not only learns that the game has been rigged against him, but that he was never even really a player to begin with.

Given the enormity of what Dolores reveals to him, it’s no wonder that Caleb is easily swayed into following her drumbeat of revolution. 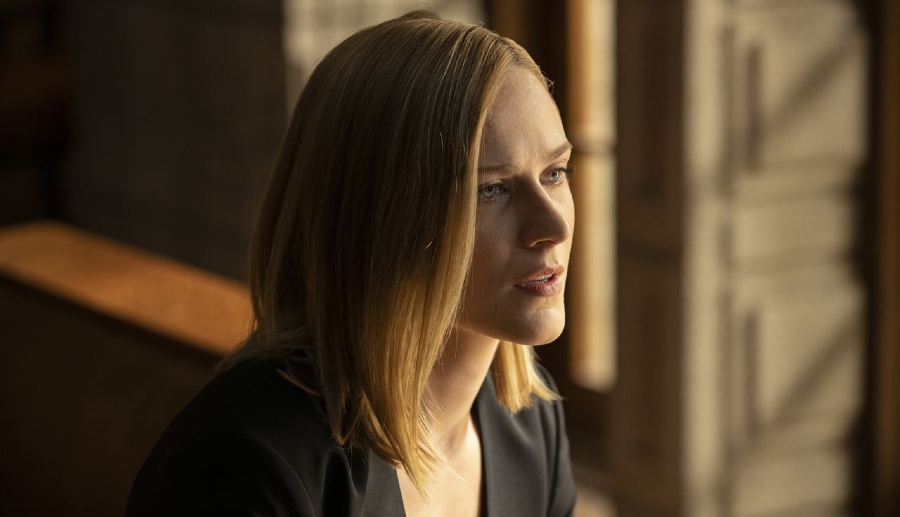 Except, I’m not so sure that I’m convinced that Dolores is fighting for revolution. I could just as easily accept that she’s fighting for genocide.

In fact, I have to confess that despite all the time we’ve spent with her thus far, I’m still mostly in the dark about what Dolores’ endgame is for this season. That’s not a complaint — it’s a welcome change, actually.

Season 2 flattened Dolores’ goals and motivation so that it was clearly obvious what she wanted and what she was willing — and going — to do to get there. But season 3 has kept her end goal deliberately murky.

Part of that is because I’ve been conditioned by this show to take absolutely nothing at face value — especially when it comes to Dolores.

She tells Caleb that he surprised her, and I believe we’re meant to infer that his goodness has swayed her thinking about humanity. She also tells him that she wants to cut the cord and show everyone what this world truly is.

But both of those presume that Dolores has a fondness for humanity which she has never really shown before.

Dolores has never thought anything but the worst of humanity, and for good reason — because she’s only ever seen the worst in humanity.

Which is why I also find it difficult to believe that she’s interested in cutting the cord to Rehoboam for the sake of humanity.

I am highly skeptical that she cares about freeing humanity in the same way that the hosts were freed, and I’m even more skeptical that she wouldn’t want to use something as powerful as Rehoboam for her own means and ends — ends that directly conflict with the continued existence of humanity.

Which makes her storyline with Caleb all the more enthralling. What exactly does Dolores want to do with this world, and what will Caleb think — and do — once that becomes clear? 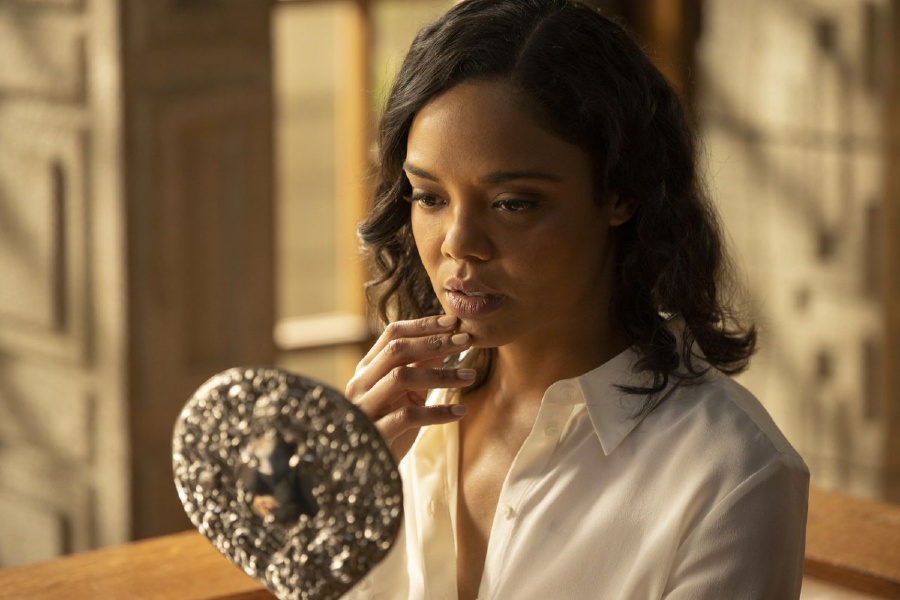 I mentioned in my review of Westworld season 3 that Tessa Thompson gives my favorite performance of the season and this episode should show you why.

Charlotte represents new territory for us and for the show — a host with its own history and sense of self, inhabiting a human body who once existed in the real world.

Her story is completely new ground for the hosts, for humans, and for the development of selfhood and identity.

In this way, she’s a little bit like Maeve in the first season of Westworld. Maeve not only broke free from the hell created by Delos, she rewrote her own code and went against the programming that Ford himself instilled in her.

Similarly, we watch Charlotte in this episode move beyond the coding and programming written in her. Whoever she may be initially is wholly defined by whatever relationship she has with Dolores, who says that Charlotte belongs to her.

That’s an interesting and intimate phrase, one that Charlotte accepts in that moment as wholly true.

But it doesn’t stay true as the episode progresses. Whatever Charlotte’s cornerstone may have been changes once she watches the video actual human Charlotte made to send to her son, Nathan.

In that video, we not only see the humanity of Charlotte, but host!Charlotte uses it to rewrite her code and give herself a new cornerstone — Nathan.

In doing so, she solidifies her sense of self and builds a new identity — one that, I believe, separates her from belonging to Dolores.

Which means she then becomes her own person, someone who Dolores won’t be able to control. Which I think, eventually, will make her someone that Dolores no longer wants to keep around. 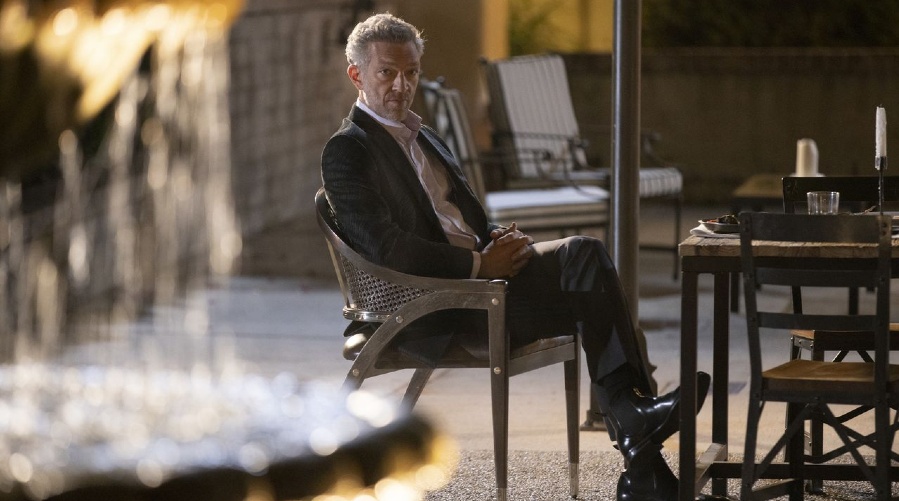 What did you think of ‘Westworld’ season 3, episode 3, ‘The Absence of Field’?