Westworld season 3, episode 2, “The Winter Line,” is half mystery story, half bottle episode that reminds us all why no one should mess with Maeve Millay.

And given that Maeve is my absolute favorite character in Westworld, it should come as no surprise that this episode is my favorite of the four that critics were given to screen early.

Of course, part of that is because I’m enraptured anytime Thandie Newton is on screen, quipping it up while kicking ass, and she was in absolute peak performance here.

But it’s also my favorite because it’s a well-written episode that manages to employ some mind-bending reveals while staying firmly on track the entire time and having a clear end goal in mind.

Those who felt like the mystery had gone out of Westworld should find themselves delighted in this episode, as a straightforward storyline gave way to a hidden puzzle, while those who yearned for more cohesive storytelling likewise have plenty to enjoy here, as both narrative threads weave together clearly and succinctly.

In short, this episode of Westworld gave us mystery and intrigue without making either of those things the point; instead, it used its mystery and intrigue to further both the storyline of this specific episode and the arc of the season, while also pushing individual characters forward in new and interesting ways. 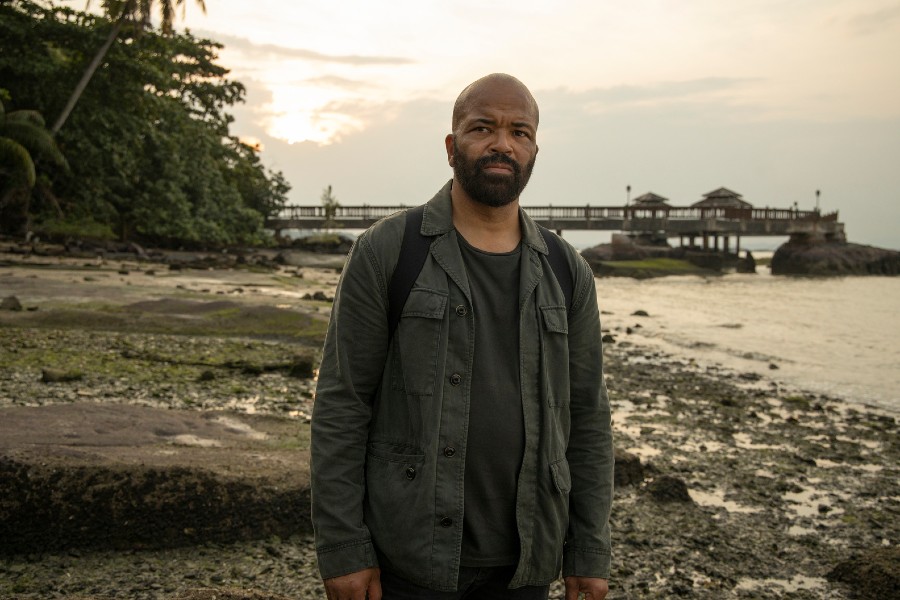 Though last episode was mostly focused on Dolores and Caleb, we also got to see a bit of Bernard as well — at least, enough to know that he was in dire need of help and was going back to Westworld to find it.

He splits his storyline in this episode with Maeve and is given the more straightforward of the two, a blessing given how incredibly and deliberately jumbled his arc was last season.

Truthfully, Luke Hemsworth’s Stubbs didn’t make much of an impression on me the last two seasons of Westworld (which perhaps was a deliberate choice given what we know about who he is now), but I really enjoyed having him step into the spotlight here with Bernard in a weird but charming sort of buddy-cop dynamic.

Stubbs is not burdened with the sort of tragic backstory and moral quandries that defines Bernard’s personhood. Instead, he was given one clear objective — protect the hosts in the park — which allows him to go through life in a refreshingly and delightfully straightforward manner, unburdened by the constant philosophical questions that plague other hosts.

Stubbs is the perfect foil and partner for Bernard, who seems to be in a near-constant state of existential bewilderment — if not outright panic. It also adds a bit of lightness and levity to a show that can sometimes wallow in its own darkness.

By the episode’s end, Stubbs and Bernard make it off the island without Maeve, but are at least aware that someone has taken her core processing unit.

Stubbs also gets a new directive and purpose, while Bernard gets a bodyguard and a friend — two things which he desperately needs, both on a practical level and an emotional level. 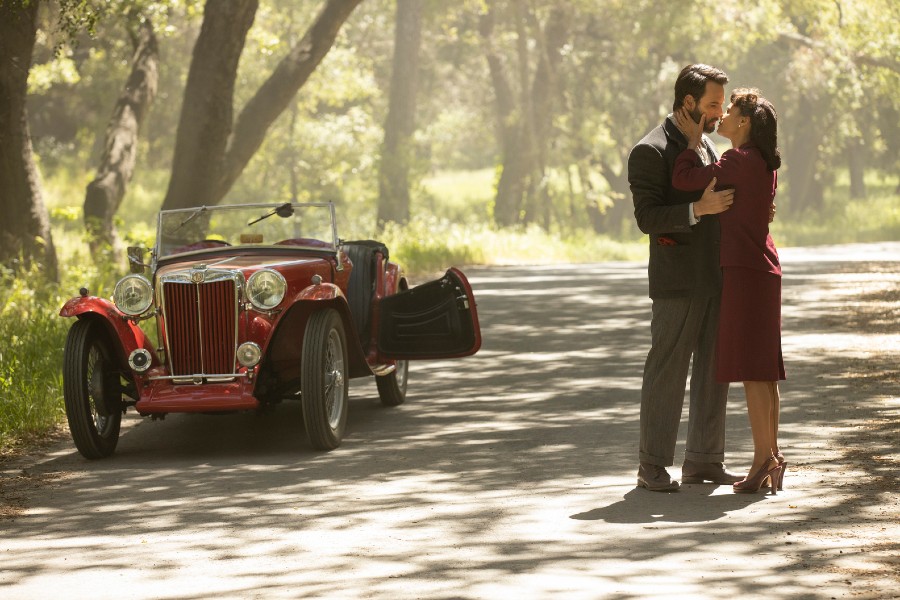 While Stubbs and Bernard are investigating and causing trouble in the real world of the Mesa, we first meet season 3 Maeve in Warworld — or so we think.

Maeve’s storyline in this episode represents the sort of mystery that Westworld loves to throw us into — twisted, complex and filled with clues that make watching an episode two or three times all the more worthwhile, as you’re able to find cleverly hidden clues that weren’t apparent to you in your first viewing.

The episode cleverly tricks us into thinking that a reunited Maeve and Hector are both still who they were when we last left them — only now in Nazi-occupied Italy rather than the dusty wild west. However, as the episode unfolds before us, we quickly realize that Hector has been reprogrammed and Maeve is back in the hell she tried so desperately to escape.

Except, she’s not even in the prison she tried to break out of once before, but a new type of prison — one with no bars at all.

Now, that might be a problem for other hosts, but this is Maeve Millay we’re talking about — one of the first hosts to recognize the false nature of her reality and the first to rewrite her code and story entirely.

She makes quick work of figuring out a way to overload the system and learning exactly where she is and how she might break out.

And she does all this while looking fabulous, making clever one-liner after clever one-liner and mercilessly teasing the man who was once known as Lee Sizemore (who is indeed dead and will be very, very missed by me).

In the course of the episode, we see Maeve not only figure out that she’s in a simulation, but easily take it down and nearly escape from whatever compound she’s currently being held in — showing us all just why Bernard returned to Westworld specifically for her and reminding us once again that she is 100% that bitch. 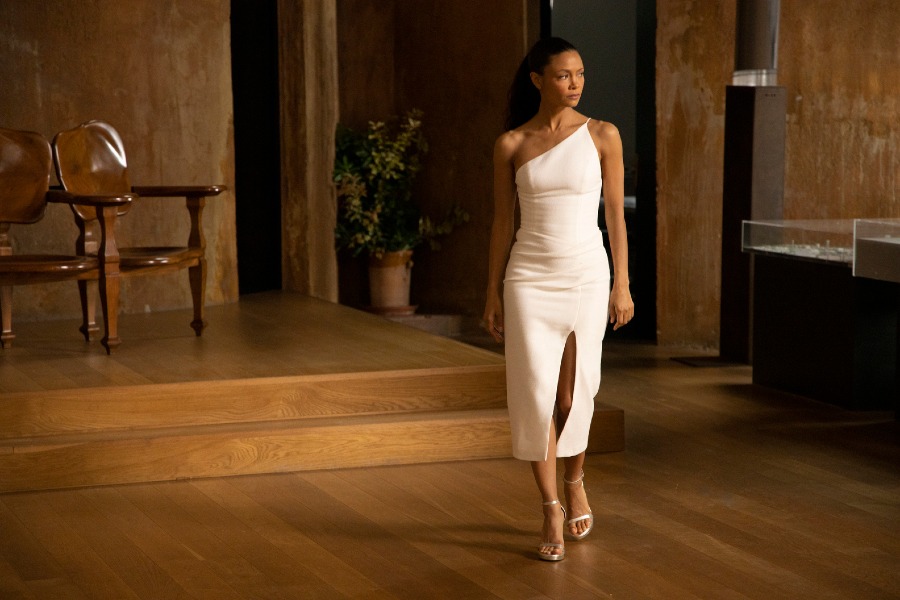 The way Maeve’s storyline unfolds in this episode is a sign that the writing in this season is much tighter than season 2. At times, it felt like the mystery of season 2 was the point, which meant it sometimes (or often, depending on your perspective) got in the way of the actual storytelling.

That’s not the case here.

This is the sort of layered, twisted storytelling that caused many of us to fall in love with Westworld in the first place, and I was glad to see it back in this second episode after getting a pretty straightforward narrative in the first.

However, the fact that the show addressed it so quickly and efficiently also seems to show that the writers have a better grasp on using the mystery as a means to an end, rather the end itself — a way to further the plot and add to the season’s themes rather than distracting from them.

And just as the first episode featured numerous callbacks to the first episode and drew quite a few parallels between Caleb’s storyline and Dolores’ storyline, so too does this episode run through familiar beats with Maeve as well, but tweaks them for this new season.

Maeve here not only catches on quicker, she’s able to upend the system entirely on her own, showing us that Maeve has only become powerful since her season one introduction.

Good thing, too, as we come to find in the episode’s last few scenes that the almighty Serac, owner and creator of Rehoboam, has pulled her from the Delos Parks specifically to address the anomaly wreaking havoc in the real world — Dolores.

Which means, this season looks like it’s shaping up to be a Maeve versus Dolores showdown. Or, it’s at least trying to get us to think that that’s what it’s going to do.

Because even though Serac seems to be able to control Maeve with the click of button and Dolores seems to be hellbent on destroying the human race, this is Westworld after all, and if there’s one thing I know about this show, it’s that nothing is really ever what it seems on the surface. 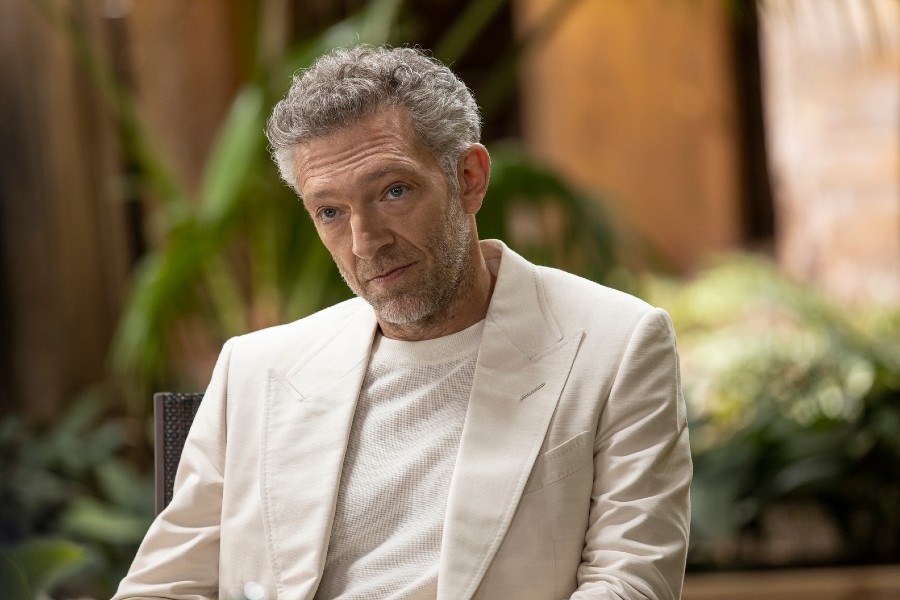 What did you think of ‘Westworld’ season 3, episode 2 ‘The Winter Line’?