In Unstoppable Wasp, Sam Maggs brings us the story of Nadia Van Dyne as she fends off bad guys and relies on her found family.

With books like The Fangirl’s Guide to the Galaxy, Wonder Women, and Girl Squads under her belt, it feels perfect that Sam Maggs is taking on Unstoppable Wasp and her story about girl power.

Today, we’re revealing the gorgeous cover and an exclusive excerpt, along with conducting a quick interview with the author herself.

The cover for Unstoppable Wasp provides us with a soft palette of pinks and blues. Our hero is in profile, providing a nice shot of her suit and wings.

There’s a determined look on Nadia’s face, and the way her body is positioned on the cover gives you a sense of forward movement, both physically and metaphorically.

The title is surrounded by line art that leans into a tech and science motif, which is perfect for this story. We also get the subtitle, “Built on Hope,” which has many meanings for Marvel fans. 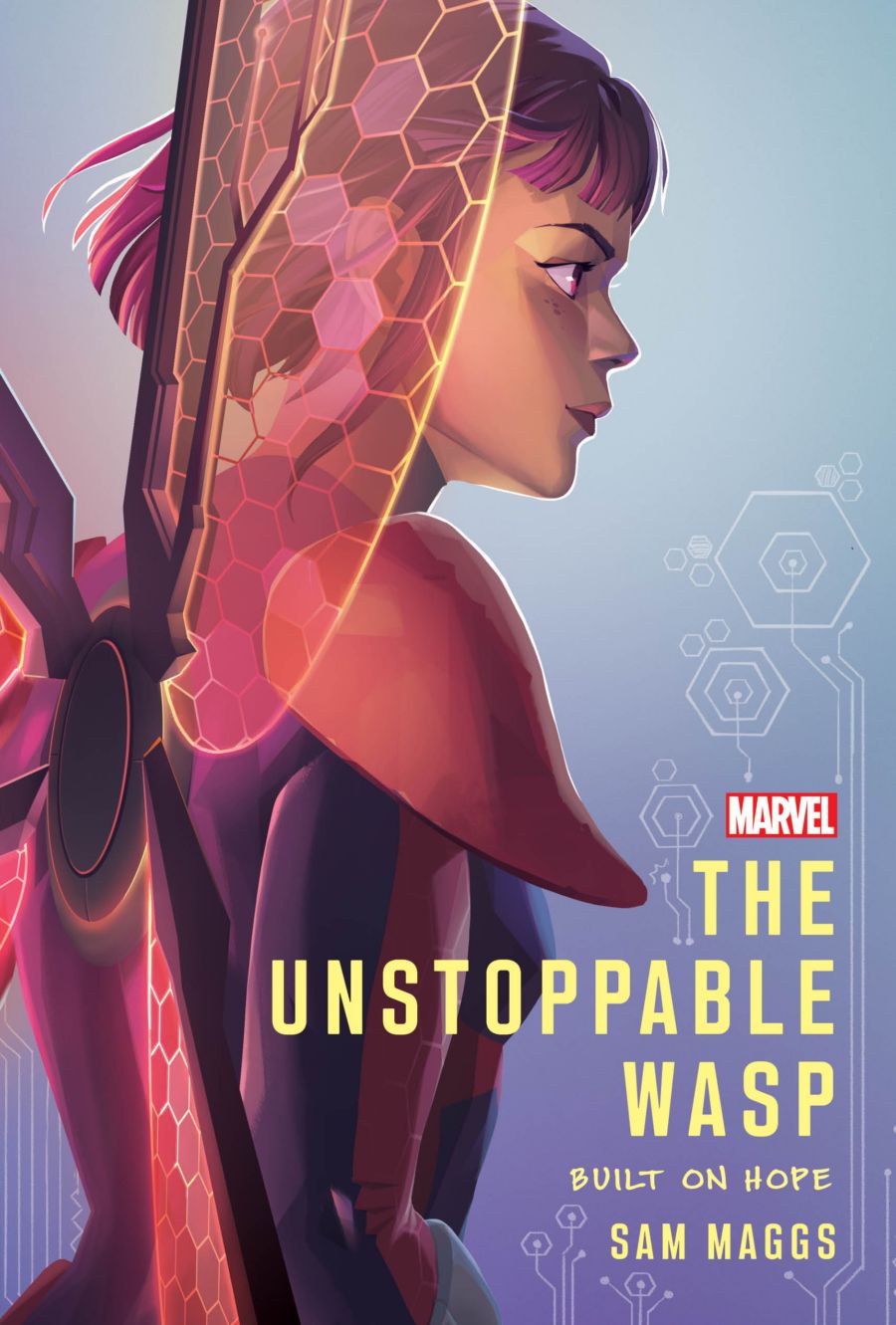 But if you thought this book’s design ended there, you’d be quite wrong. Below is Unstoppable Wasp: Built on Hope chapter 1, which features awesome footnotes, a couple doodles, and some neat science facts.

Read an excerpt from ‘Unstoppable Wasp’ by Sam Maggs 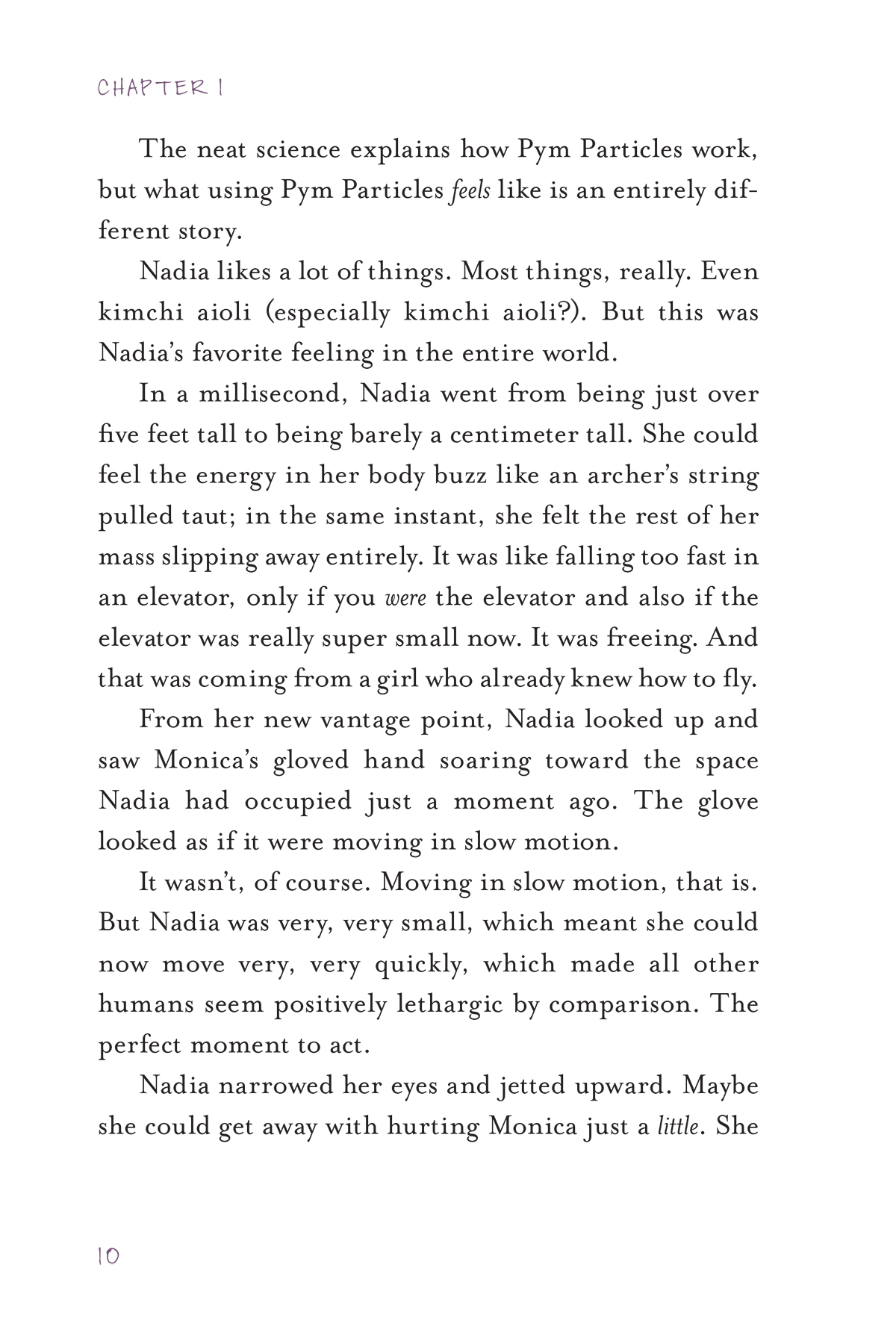 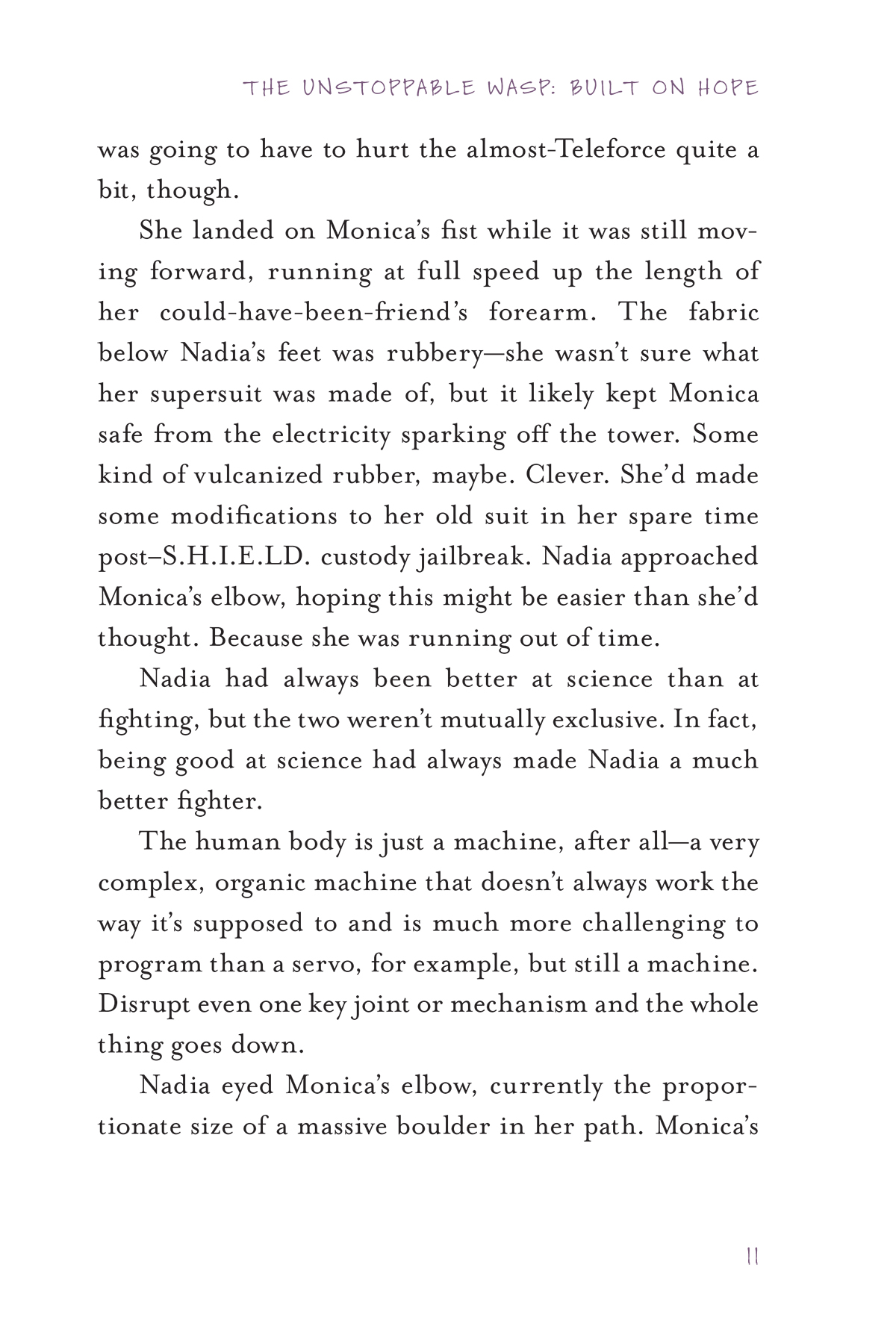 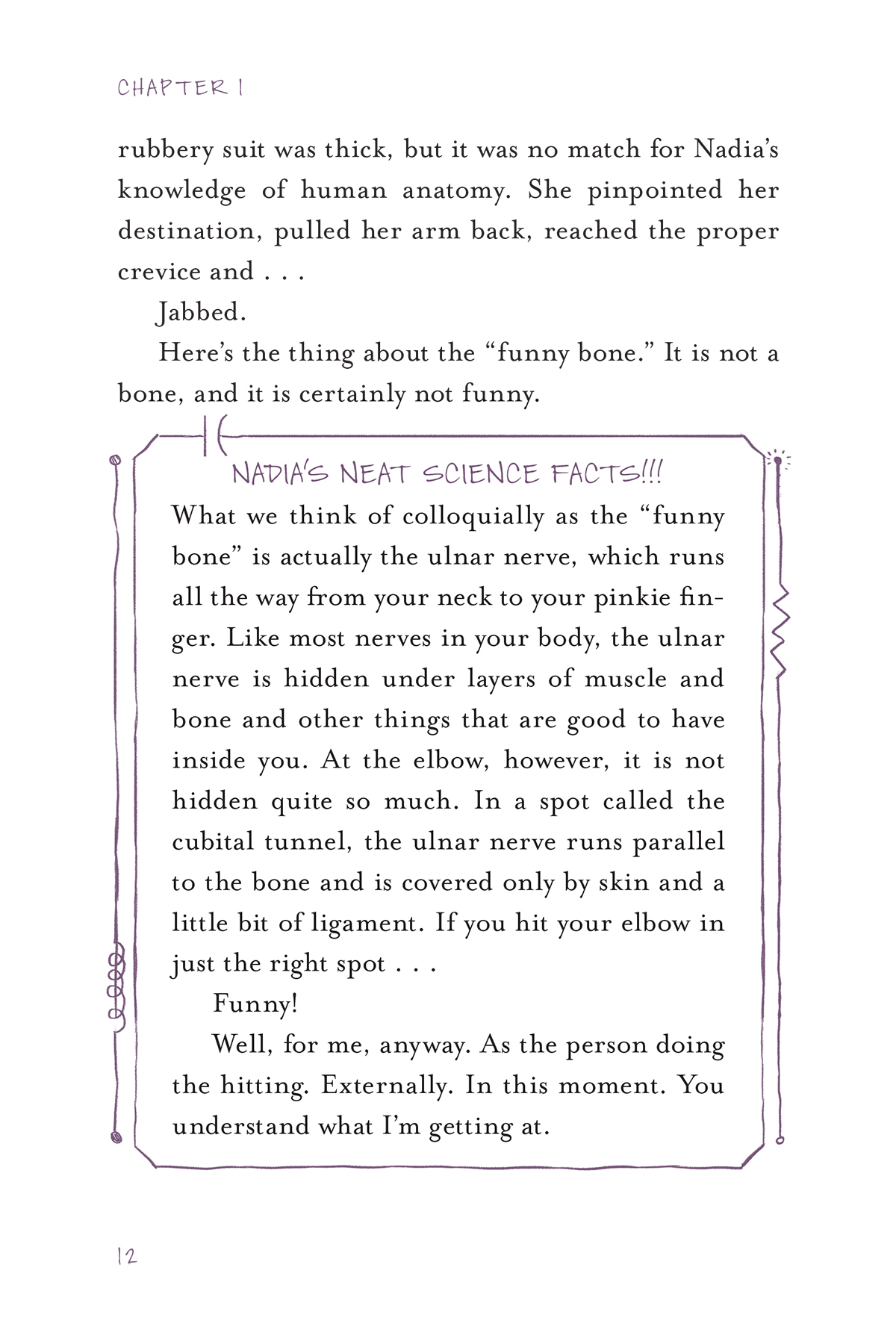 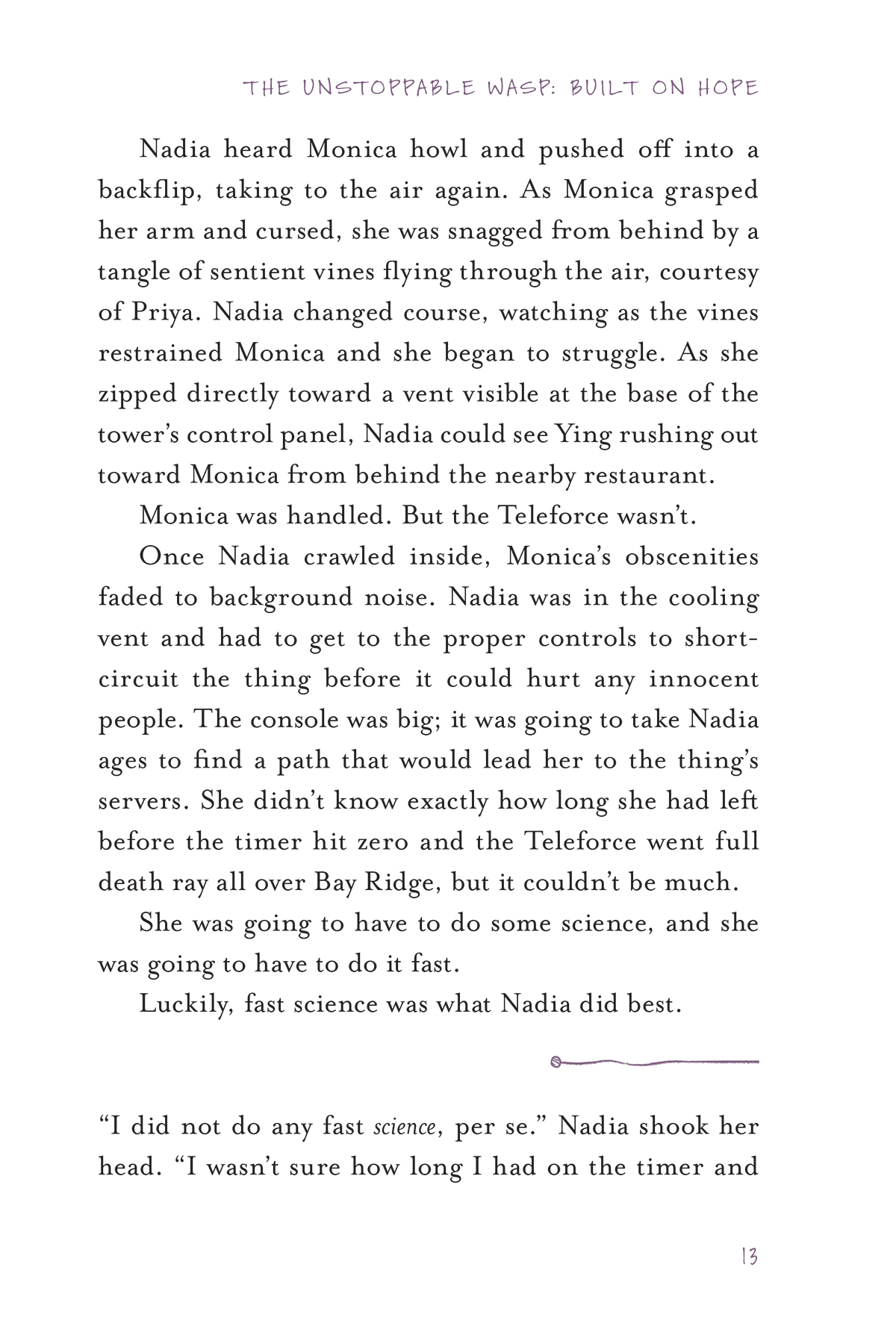 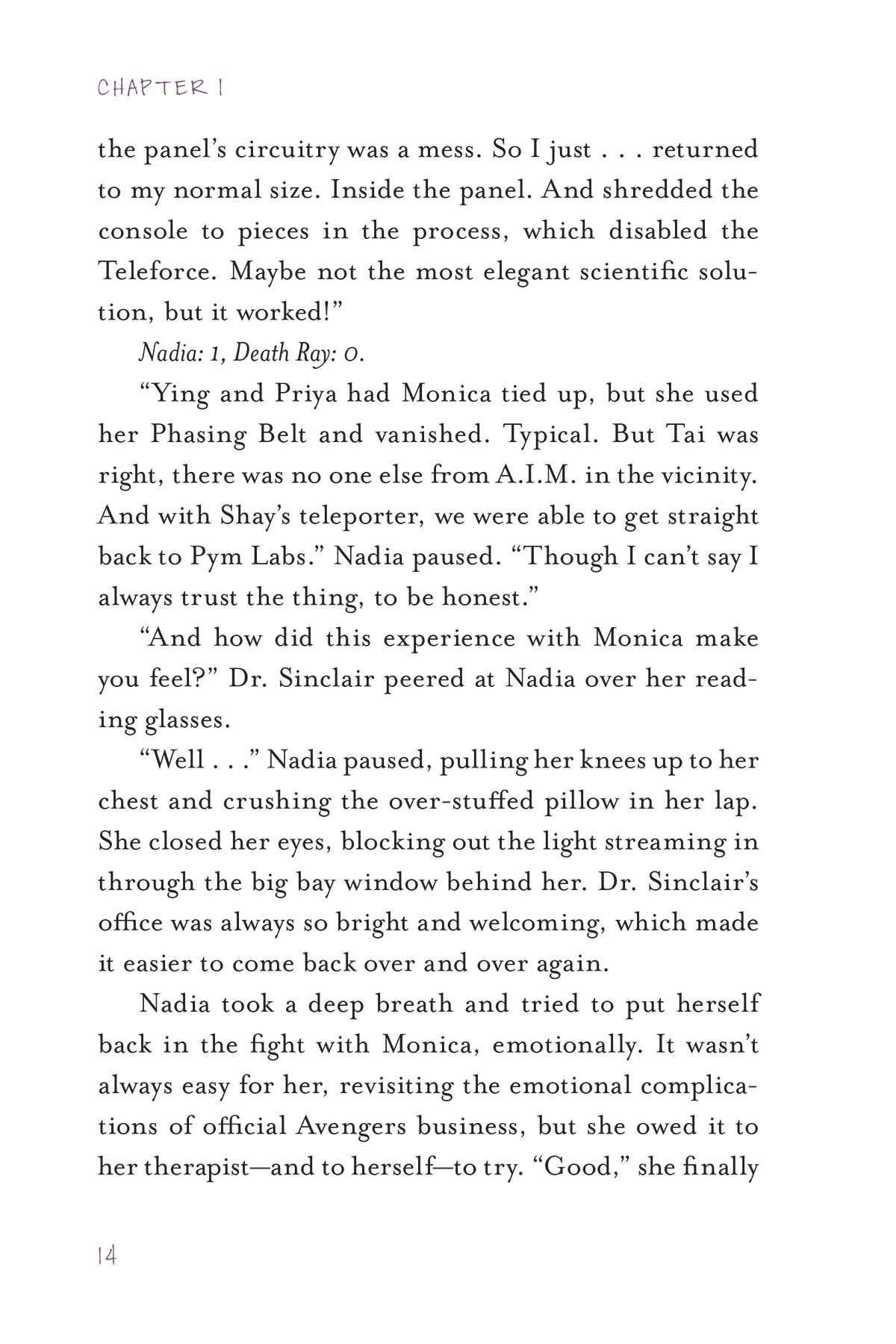 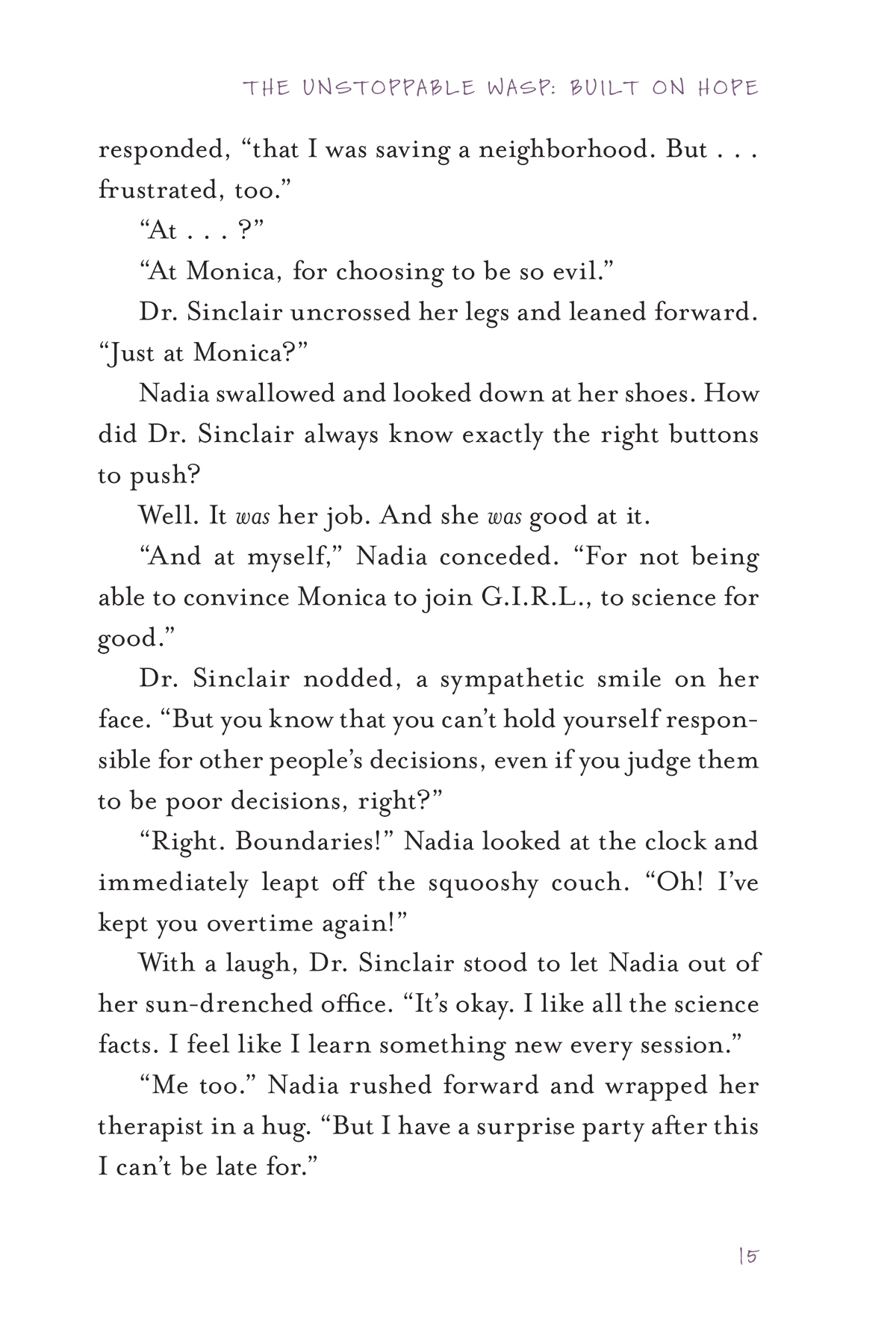 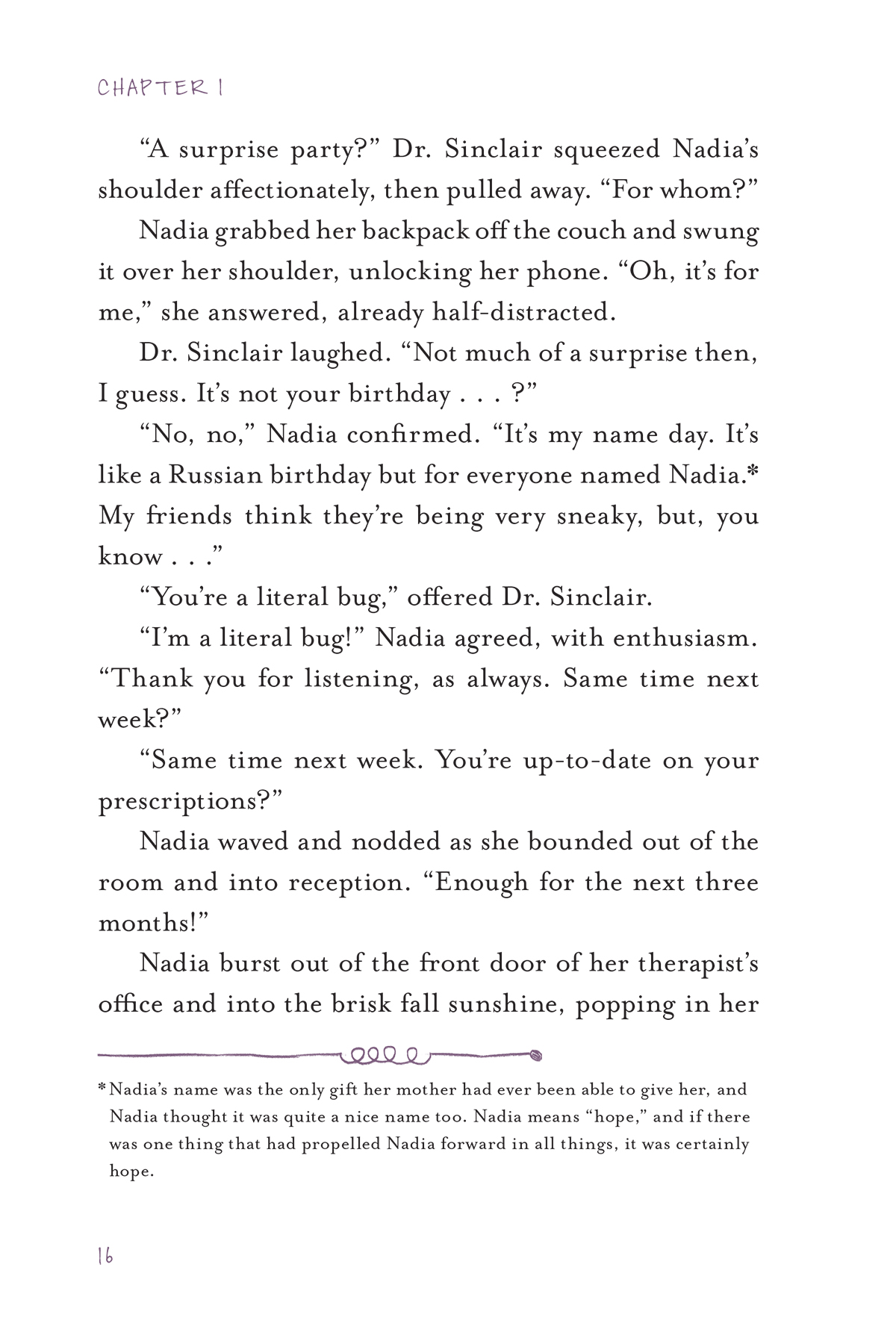 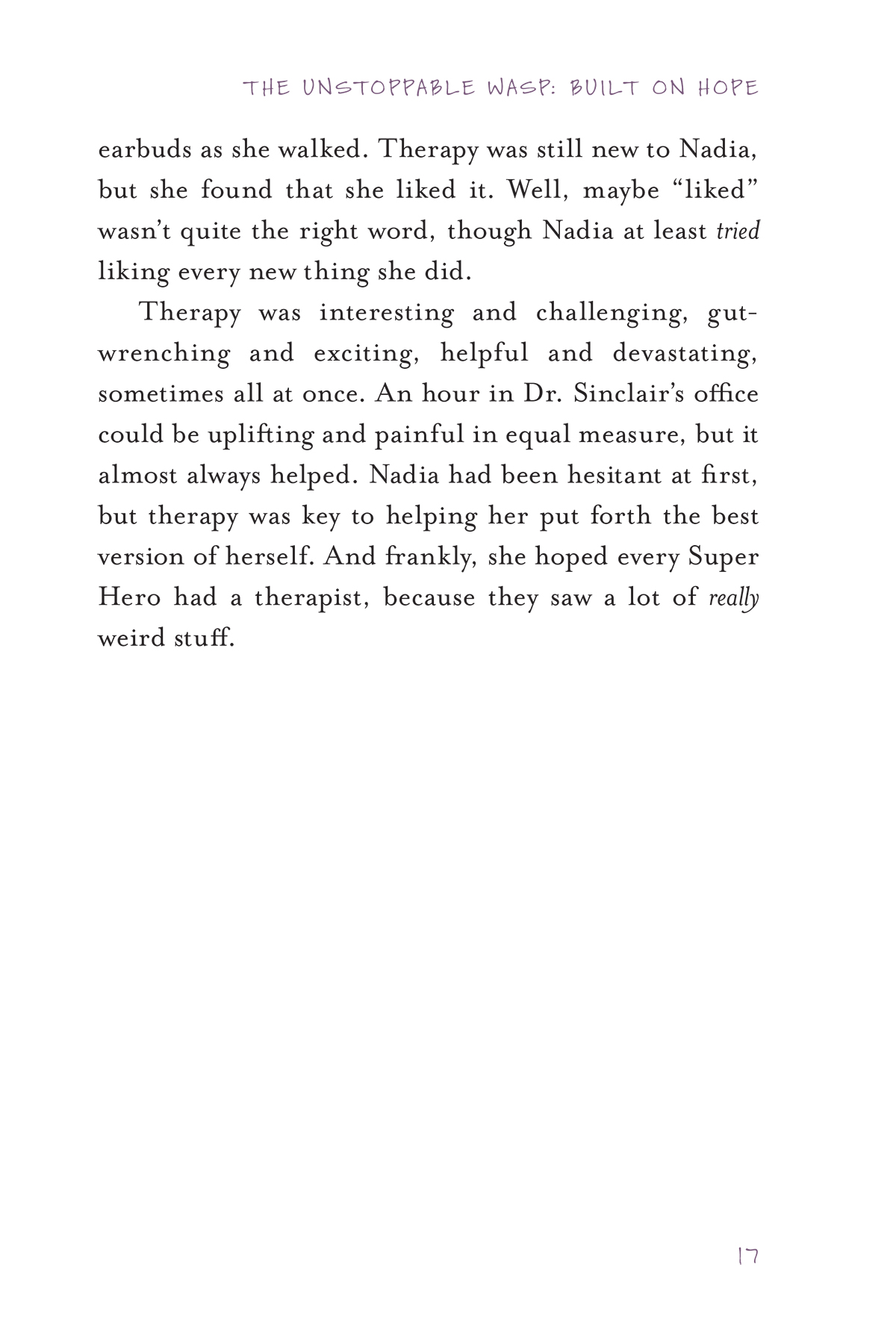 Tell us about writing a new story for Nadia. Were you excited to take this character on?

I am so thrilled and humbled to be continuing Nadia’s journey as the Unstoppable Wasp! Jeremy Whitley did an incredible job bringing Nadia and her gang of gal scientists to life in the comics, so it’s an honor and a privilege to be able to carry the Wasp torch onwards.

I’ve researched women scientists (and even teams of women scientists!) extensively for my non-fiction books, and I’ve always been a huge Marvel fan. To be able to combine both of my passions in one book really was a dream come true.

I believe so strongly in all the things that Nadia and her Genius in Action Research Lab crew stand for — female friendship, women in STEM, diversity, mental health awareness, butt-kicking of baddies — that it feels like my ideal project.

What are you most looking forward to when fans finally get to read the book?

I’m excited for fans to go on another big adventure with Nadia and the G.I.R.L. squad! In this novel, we were able to incorporate everything I loved most from the comics, like “Nadia’s Neat Science Facts!!” — but with a ton of extra page space. So, not only is this a cool book about a Super Hero adventure, you’ll also learn some sweet, sweet science along the way. Unless you’re already a genius, in which case, heck yeah. Keep at it.

It was also fun to be able to tell a story about a girl who, in a lot of ways, is struggling with the things we all find challenging as teenagers (and, like, as 30-year-old women…): too much work, being a good friend, responsibility, self-care. Nadia just also happens to be saving the world, a little bit, on top of all that. So it’s pretty extreme.

What’s your favorite part about this character and her story?

There are so many things I love about Nadia that I hope to be able to emulate one day myself. She’s brilliant and she knows it; she makes no excuses for her talent and walks that line perfectly between confidence and cockiness. She supports other girls and women fully, and knows that we’re stronger when we cooperate than when we compete (which is, so often, what society tells women we should be doing).

I love Nadia’s spirit and her positive, ever-sunny attitude. (Not everyone born into a secret Siberian spy facility would be so optimistic about life.) Tragically, the thing I have most in common with Nadia, really, is her love of pastry.

About ‘Unstoppable Wasp: Built on Hope’

Nadia Van Dyne is new to this. New to being a Super Hero, new to being a real friend and stepdaughter (to one of the founding Avengers, no less), new to running her own lab, and new to being her own person, far, far away from the clutches of the Red Room — the infamous brainwashing/assassin-training facility.

She’s adjusting well to all of this newness, channeling her energy into being a good friend, a good scientist, and a good Super Hero. It’s taking a toll, though, and Nadia’s finding that there are never quite enough hours in a day. So, when she’s gifted a virtual assistant powered by the most cutting-edge A.I. technology that the world has to offer, Nadia jumps at the opportunity to “do less, experience more” — just like the advertisements say. The device works — really works. Nadia has more time to pursue her passion projects and to focus on new discoveries. But it’s never quite that simple, and not everything is as it seems.

This thrilling adventure finds Nadia confronting her past as she tries to shape her future, and learning that sometimes the best way to effect big change is to think small — maybe even super small, Unstoppable Wasp-style. She’ll need the help of her genius G.I.R.L. (Genius In action Research Labs) squad and found family to save herself and (not to be too dramatic) the entire world as we know it.

Along the way, Nadia discovers that when she teams up with the people who love her the most, they’re totally Unstoppable. Just another day in the life of your way, way above average teenage Super Hero.

You can pre-order The Unstoppable Wasp: Built on Hope by Sam Maggs from Disney, Amazon, Barnes & Noble, IndieBound, or Book Depository, or add it to your Goodreads list.