Whether you’re a longtime fan of the comic series, or never even knew they were comics, we’ve got a review of Netflix’s Umbrella Academy tailored for you.

Having been a fan of My Chemical Romance in my teen years, I was well aware of The Umbrella Academy comic book series when it was first published. It’s been too long to remember what I knew about the series at the time, but I do remember seeing the art for it and thinking that stylistically it definitely looked like something tailored for me. But despite having a general love for most things nerdy, I never got into comics, and although I always told myself I’d get around to The Umbrella Academy, I never did.

Fast forward 12 years later, My Chemical Romance has broken up, The Umbrella Academy has three volumes released, and Netflix is set to drop a new television series based on the comics. Imagine my delight. The comic I had such interest in was being adapted to a medium I enjoy on a regular basis. I may not be a comic book consumer, but I sure am a television viewer. The question remained, however: would I enjoy it? Whether it’s an accurate adaptation of the comic is unknown to me, but I sure as hell love it.

The Umbrella Academy has the perfect balance of grit, moodiness, humor, action, and sentiment. The story begins in 1989, when 43 babies are born on the same day to women who weren’t even pregnant. Billionaire Reginald Hargreeves adopts seven of these babies, giving them names one through seven. He raises them alongside a robotic woman he created to be their mother, and a talking monkey assistant named Pogo.

As the years pass and the kids get older, they grow apart figuratively and physically. Upon hearing the news of Hargreeve’s death, they reunite to try and solve his mysterious passing, and prevent the world from ending in eight days.

Oh yeah, did I mention they also have superpowers?

After Hargreeves adopted these seven randomly born babies, he created The Umbrella Academy, and trained his new children to fight crime and develop their powers.

Imagine if DC were actually able to get the balance of gloomy and humor right, then you’d have The Umbrella Academy.

Like every other Netflix produced series, The Umbrella Academy is visually stunning. It has a beautifully bleak look that can set the tone even without dialogue or music. Despite not having read the comics, the visuals of the television adaptation are so striking, I could probably make a pretty accurate guess as to what the source material looked like.

The writing does well to provide exposition as necessary. It’s paced well, providing enough information at the start so you have an idea what’s going on, but not so much that you get confused. It also dangles enough questions to entice you to keep watching, but not too many that you become frustrated at a lack of answers. Occasionally the dialogue suffers from clichés and banal exchanges that might make you cringe, but the performances are strong enough to carry you through any of these moments.

Touting Ellen Page and Mary J. Blige as the most recognizable names in this series, Hypable readers will also probably be familiar with Tom Hopper as Number One/Luther (Merlin, Black Sails) and Robert Sheehan as Number Four/Klaus (Misfits, The Mortal Instruments: City of Bones). While each actor certainly shines, the standout is easily Nickelodeon star Aidan Gallagher as Number Five.

There’s also another character in this series that deserves a specific mention. The score and soundtrack of The Umbrella Academy is a character on its own, providing the quirky yet melancholic atmosphere for both funny and serious scenes. The use of pop culture songs during extravagantly shot fight scenes is very reminiscent of Kingsman, and admittedly sometimes less successfully executed. But most of the time the song, choreography, and edit work seamlessly together, creating fight scenes that are comprised of conflicting tones that somehow work together harmoniously.

The Umbrella Academy is full of technical aspects that will draw you into the series, but they aren’t what will make you stay. Where the show shines the most are in the character moments. The dynamics between the adopted siblings carries the weight of years of unresolved tension, as well as the love that bonded them together in the first place. Umbrella Academy may be a quirky superhero/apocalypse show on the surface, but at its core is a story of familial relationships and belonging, making it accessible to anyone.

When The Umbrella Academy series was first announced, I experienced something of a mixture of excitement and dread. Excitement, because I was a huge fan of the comic series. Dread, because it was so hyper-stylized and off-the-wall bonkers and weird that I wasn’t sure how they’d manage to translate that to the small screen.

I shouldn’t have worried, really, because when it comes down to it, Netflix’s The Umbrella Academy excels in all of the same ways as its paper counterpart. Most notably in its relationships between the characters, which were so expertly crafted and executed in the comic, and are brought to life so beautifully by the cast of the show. Each and every one of them completely embodies their character, and they’re all compelling and captivating in their own ways.

Yes, as is to be expected, there are some deviations, but none that fundamentally change who the characters are at their core, nor so far removed that they’re indistinguishable from their on-page counterparts. If you read Katie’s review of the series above mine, I am in complete agreement about the standout character and actor: Number Five, as played by Aidan Gallagher. 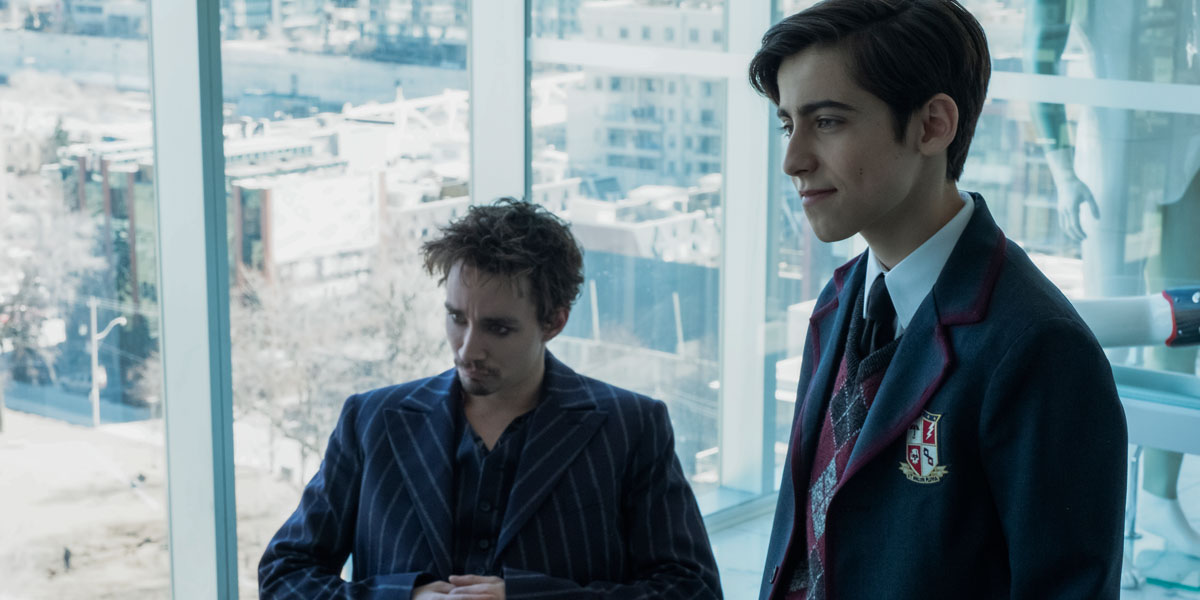 Number Five, as a character, could have so easily have fallen flat. It’s an incredibly difficult line to toe, having to portray the soul of someone far, far older, in the body of a child, but Gallagher pulls off the performance with ease. He was wonderfully, perfectly Number Five, in all the ways I ever could have imagined, and then some more. Gallagher was a scene-stealer, but never so much that it pushed the others to the wayside. They all had their moments to shine, and shine they did. Whoever was responsible for casting the series deserves an award, because they couldn’t have found better actors to play each of the roles.

When it comes to the adaptation of the actual story, it has been simplified for the screen, but that’s not necessarily a bad thing. Both The Apocalypse Suite and Dallas are combined through the season, introducing characters and plot lines that came much, much later in the comics, but never to the detriment of the actual story it’s trying to tell. Instead, it streamlines it, and the payoff for each plot thread is excellent by the time you reach the finale. By consolidating the story down in the way that they have, it gives more of a sense of urgency and threat, something that really worked for me.

But, if you think you know everything that’s going to happen in The Umbrella Academy as a fellow superfan, think again. There are parts of the comics that the series has expanded on to great effect, leaving more than a few surprises in its wake. One, in particular, concerns a character that is only lightly touched upon in the source material, but features more prominently in the show — with the promise that they will likely play a much larger role, should further seasons follow. 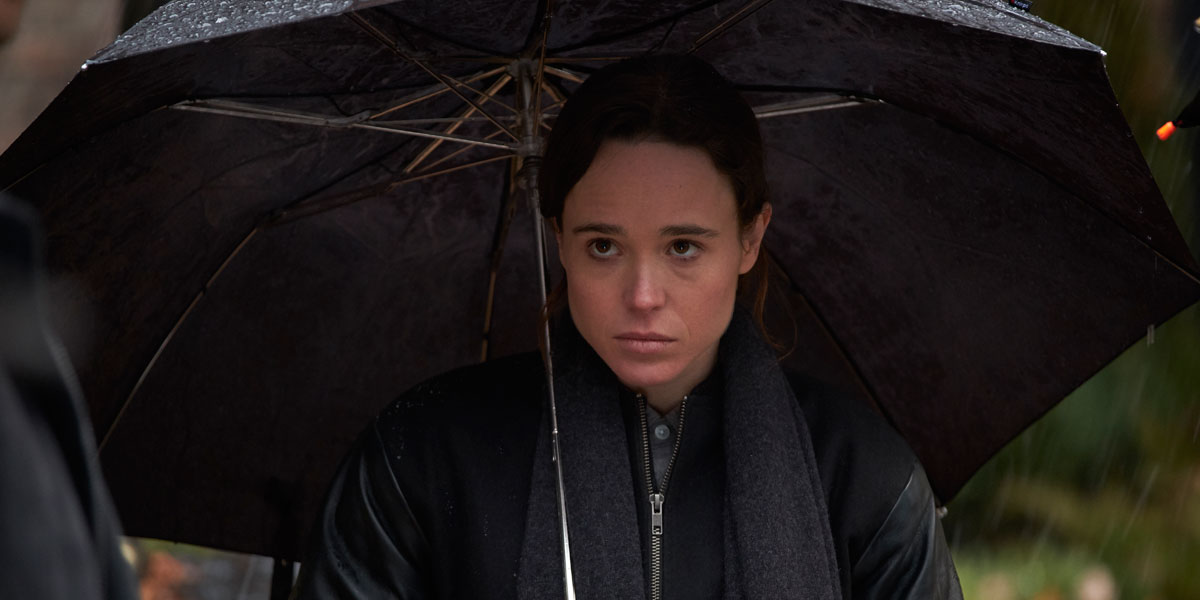 One of the aspects that didn’t work for me — as a fan of the comics — was the added romantic subplot for Vanya. Though there wasn’t anything truly offensive about it, it did change the trajectory of the character who struggles with isolation, the emotional abuse suffered at the hands of her father, and her estrangement from her not-quite-siblings. It certainly isn’t the only romantic subplot thrown in to pad out some of the story, but it was the one that veered a character furthest from their comic book origins.

Ultimately, The Umbrella Academy series is a love letter to the comics. There was a lot of careful thought and consideration put into the show, from the sets, the casting, the music, and the style of filming — which is often Wes Anderson-esque. The perfect choice, really, for Gabriel Ba’s art style from the comics.

It’s not perfect, but it does have a ton of potential, especially when it leans more into the weirder aspects of the comics. Should it move forward for another season, I’d love for the show to kick it up another notch, and really give the audience something to talk about. But, all in all, I thoroughly enjoyed it, and any fan of the comics should certainly give the show a shot. It’s well worth the binge watch.

‘The Umbrella Academy’ is available to stream on Netflix now