Does ‘Toy Story 4’ justify its existence? An investigation

Does ‘Toy Story 4’ justify its existence? An investigation

Much like Forky and his existence, I’m not sure why Toy Story 4 is here, but I’m glad it is.

My feelings surrounding Toy Story 4 are complicated. The announcement of another sequel after a perfect trilogy was understandably met with hesitation. After a beautiful full-circle moment about growing up and moving on, the now adults who grew up with this decades-spanning franchise felt the chapter had closed, much like the arc of the characters.

The fear became that a fourth installment would inevitably mess all that up. Now having seen it, I’m on the side that it doesn’t ruin what’s already been done. But, my feelings remain complicated because, in spite of being a quality sequel that further enriches and expands the Toy Story universe, the question of does it fully justify its existence is not an easy yes. But on the other hand, delving back into this world for just one last romp with these characters we love was absolutely worth it after all. 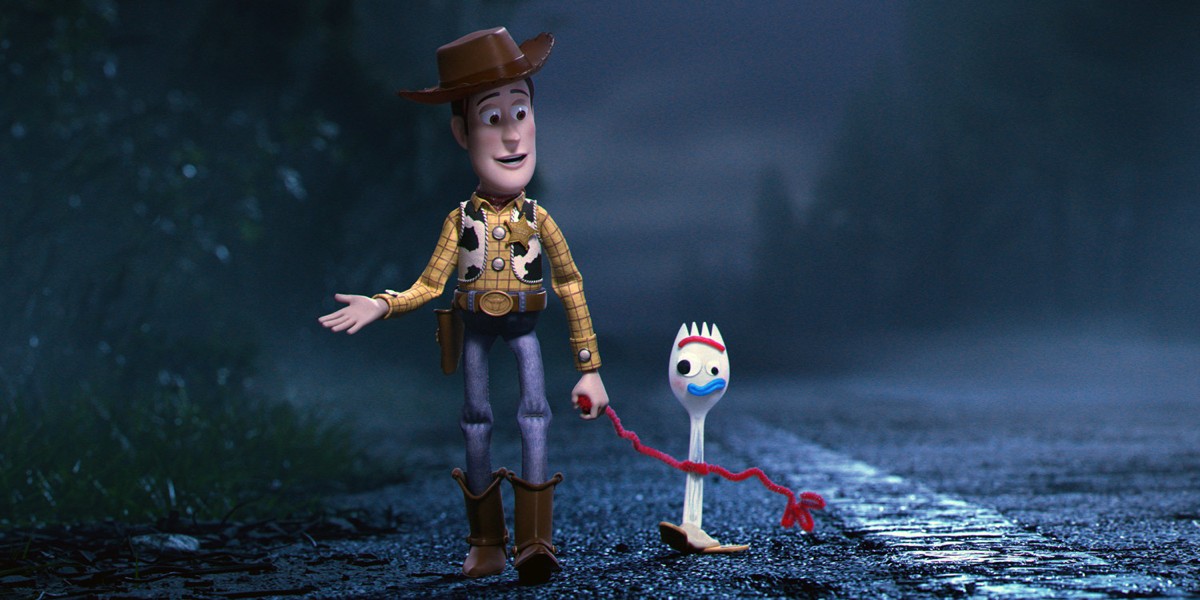 The story opens nine years ago when we discover just what exactly happened to Bo Peep (Annie Potts) as, after being a prevalent love interest for Woody (Tom Hanks) in the first two movies, she had gone missing rather unexplained by the third. Turns out when she had the opportunity to be donated and move on to a new kid, she took it. Urging Woody to give up Andy and come with her, he refused and let her go.

The 22 Pixar movies ranked, from 'Toy Story' to 'Onward'

Flash forward to today, Woody and the gang are acclimating to their new life with Bonnie, now with Andy off to college. All is well, and we get a sense of the new routines they’ve established. The problem for Woody, however, is that he continues to get left in the closet. In an effort to regain a sense of purpose, he hitches a ride in Bonnie’s backpack to kindergarten where Bonnie, with a little help from Woody tossing her craft supplies from a trash bin, ends up creating her most favorite toy yet: Forky.

Forky (Tony Hale) is a spork with googly eyes, sticks for feet and a pipe cleaner for arms. Once introduced to Bonnie’s room of toys, he’s so confused as to why he’s there, why he’s alive and why he isn’t back in the trash where he belongs. Woody takes it upon himself to make Forky feel welcome and introduce him to the world of being a toy. Meanwhile, Forky keeps literally throwing himself away in a hilarious montage set to a new Randy Newman song fittingly titled “I Can’t Let You Throw Yourself Away” (Oscar nomination incoming, if there’s any justice!). 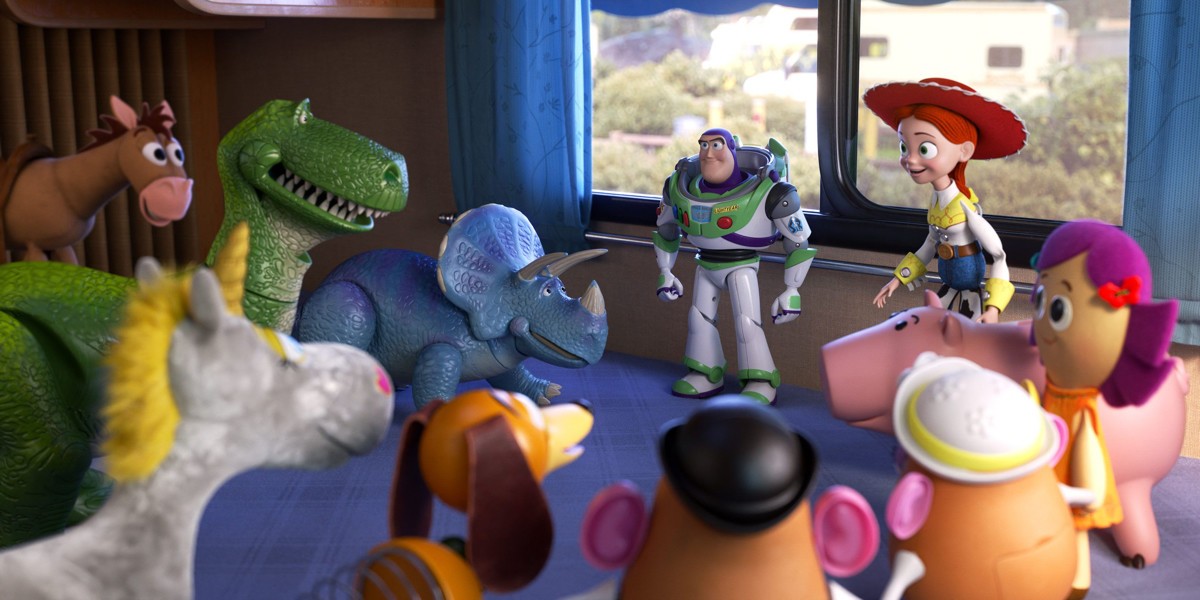 Things only get weirder from there. Bonnie and her family go on a road trip in an RV, and it takes the gang of toys, Forky included, to a remote town populated by a carnival and an antiques shop. The toys journey ping-pongs between these two locales as Forky goes missing, and Woody reunites with his long lost Bo Peep. While much has been discussed about the introduction of Forky’s hysterical existentialism, the real MVP is the newly rebranded Bo Peep.

Shedding her traditional bonnet and dress, she now sports pants and a cape; she’s a feminist renegade, a proud lost toy living on the outskirts without an owner. Woody is completely taken aback at the discovery of Bo Peep’s new lifestyle and can’t get beyond his own stigma of what it means to be a toy without an owner. Even so, Bo Peep agrees to help Woody reunite Forky with Bonnie because, for him, making his kid happy is what’s most important.

Along the way, they meet a whole new cast of characters including carnival prizes Ducky (Keegan-Michael Key) and Bunny (Jordan Peele), Canadian stuntman Duke Caboom (Keanu Reeves) and the mysterious Gabby Gabby (Christina Hendricks) who lives inside the antique store with her band of creepy ventriloquist dolls.

With all these new toys, it is a little disappointing that the main gang is relegated to shenanigans back on the RV while Woody is on his main quest. Jessie (Joan Cusack) has some moments as does Buzz Lightyear (Tim Allen), of course, but they don’t get rejoined into the main thrust of the narrative until act three. Every Toy Story has dealt with some sort of separation, followed by a rescue mission and ultimate regrouping, but here it feels decidedly more disconnected than usual.

As it turns out, however, that might be by design because once the conclusion arrives, you understand what Woody’s journey has been leading up to all this time. He shifts his focus on what’s important in life and discovers that sometimes change can be good. And coupled with Forky’s existentialism over being a toy, Toy Story 4 really grapples with what is our purpose, how do we find meaning for ourselves and what does that mean for those around us.

Every Toy Story has successfully touched on themes of the fear of being replaced, abandonment and the inevitability of the passage of time; this fourth installment looks inward with surprising introspection. And new director Josh Cooley does an admirable job taking the reigns on such a delightfully odd romp, and it’s also the funniest installment thanks to Forky.

If this truly is the final send-off, Toy Story 4 might not fully justify its existence, but if we are given it has we have been, it works as a coda to the original trilogy in an unexpectedly moving way.

‘Toy Story 4’ is now in theaters