Over the years, the Disney Channel has given us the gift of Disney Channel Original Movies and, since there are so many that we absolutely love, we thought we’d start our DCOM celebration by listing off the best movies of the ’90s.

Even though the Disney Channel had been producing their own movies since 1983, it wasn’t until 1997 that the channel ascribed the title “Disney Channel Original Movies,” or “DCOMs,” to the movie masterpieces. While they may be slightly lower budget films than what you would normally find in the theater, they had (and continue to have) a huge effect on our childhoods and lives as a whole.

If you grew up in the ’90s/early 2000s, you definitely know what we’re talking about. And if not? They’re all streaming on Disney+ now! (That’s right! Every. Single. One.)

So, without further ado, here are the movies that we consider to be the top 10 best Disney Channel Original Movies from the ’90s.

Thanks to this movie, we all felt guilty for having said goodbye to our childhood imaginary friends. Some of us may have even conjured up new friends who seemed to be a lot like Larry. Oh, and who could ever forget the twist ending in this movie? We definitely never saw that coming when we were little. It’s too bad some people think this movie is too scary for children. We’ll definitely be watching it for years to come on Disney+, especially on or near Halloween.

This was the last Disney Channel Original Movie of the millennium and boy are we glad it starred two of the Lawrence brothers. We enjoy watching Joey Lawrence’s spoiled-rotten character, Michael, try to work on his aunt’s ranch in Montana. However, it’s the final act of the movie when Michael remembers what he learned about land trusts in college that really warms our hearts. 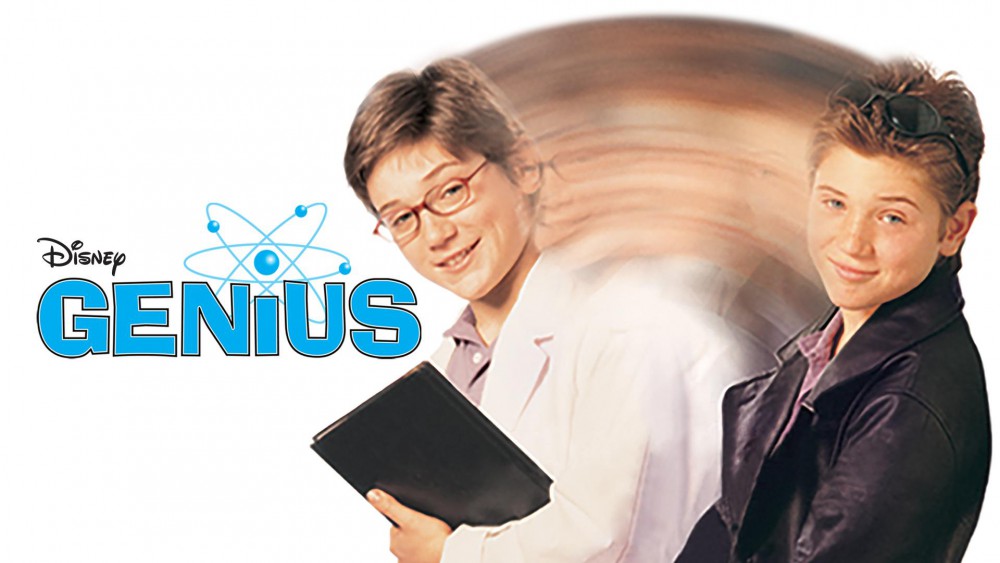 Boy meets girl. Boy likes girl. Boy reinvents himself into a slacker junior high school student to impress girl even though he’s a genius who is already in college before he turns 13. Watching Charlie transform into Chaz and act how he thinks slackers should act makes us laugh every time. However, Dr. Krickstein, the scientist Charlie works with, steals every scene he’s in. Thank goodness for Disney+ bringing this gem back into our lives (especially now that the world appreciates Emmy Rossum how she deserves to be appreciated).

Who hasn’t dreamed, at some point in their life, of being a mermaid or another mythical sea creature? Cody Griffin lives the life we all wished we could have had when we were growing up. That’s why we couldn’t help but glue ourselves to the TV every time this DCOM was on. Well, that and the fact that Dave Coulier who played Uncle Joey in Full House starred in this movie as Cody’s dad. Dave is just too cool.

“The temperature is down… But the surf is up!” What could be more comical than a surfer who trades gnarly waves for powdery snow? Johnny Kapahala’s surfer lingo just sounds so out-of-place, yet so totally awesome, on the mountain. Even though we were all sitting on the edges of our seats during the important race down the mountain, there was no doubt in our minds that the grandson of the legendary Johnny Tsunami would win and inherit the title for himself. Alright, well maybe there was a little doubt. But hey, we were kids!

Ok so maybe we’re cheating a bit here. Wish Upon a Star isn’t technically a Disney Channel Original Movie. It’s actually one of the last Disney Channel Premiere films (which are essentially the same thing). However, because it’s so beloved and often mistaken for a DCOM, we thought it was ok to include it here. Besides, it’s one of the absolute best movies to come out of the Disney Channel period. And it doesn’t hurt that it stars a young Katherine Heigl.

It’s just too bad that this title isn’t available on Disney+. At least not yet. (Hey Disney+, are you listening?)

When Smart House first came out, people couldn’t stop talking about it. The house itself is amazing and, to this day, we still wish we lived there. Who wouldn’t want a wall that doubles as a TV screen or a kitchen that could make you fresh smoothies whenever you wanted? If we had that house, we’d have fun parties there all the time. This is just one of those films that will stick in our memories for years to come and be a repeat watch on Disney+.

We couldn’t be happier that the Disney Channel still airs this movie around Halloween. We don’t know what we’d do without it. It’s a Halloween movie that’s second only to Hocus Pocus (and even that’s debatable). It’s so quotable and visually interesting that we are glued to the television whenever it’s on. It’s as if the DCOM casts a spell on us every time. Plus, it gave us such stimulating questions to ponder over, like “When it’s dark on Halloween, where do you put the candle?” We don’t know about you, but we will never pass up a trip back to Halloweentown.

Zetus lapetus! Zenon is the (second) best! Who could ever in a million light-years forget all of the cool outfits, futuristic lingo, or Proto Zoa and his band Microbe? To this day, whenever we hear the song “Supernova Girl” or even just the word “zoom,” we can’t help but burst into song. Looking back on it, we can’t believe Zenon was only supposed to be 13 years old in this movie. She was one of those girls that girls wanted to be and boys wanted to be with. Zenon was just so cool.

No matter where you are or what you’re doing, if you mention Brink!, chances are that somebody around you will respond with something along the lines of “Brink! is the best!” or “I love Brink!” Erik von Detten (who we really miss seeing on TV) plays one of the most likable and relatable characters out of all of the DCOMs, not just the ones of the ’90s. Andy “Brink” Brinker and his fellow Soul-Skaters made skating look like so much fun, especially when they were always being compared to the nasty members of Team X-Bladz. We’ll never forget that final race between Team Pup ‘N Suds and Team X-Bladz. There’s no time like the present to rediscover the greatness that is Brink! by rewatching it on Disney+.

Which of these ’90s Disney Channel Original Movies is your favorite?

Looking for more DCOM love? Check these out: