One of the biggest surprises of Marvel’s San Diego Comic-Con panel was the confirmation that Mighty Thor would be making her debut in Thor Love and Thunder. Here’s everything you need to know.

Prior to Marvel hosting its near-annual panel at Comic-Con, it was revealed that Ragnarok helmer Taika Waititi would be returning to the franchise for a followup to the hit threequel. What Marvel fans did not know then was that the movie would introduce a new, Mjolnir-wielding Thor to the audience. Mighty Thor, to be exact, a.k.a. Jane Foster, a renowned scientist, former host of the Aether, as well as Thor’s ex-girlfriend.

With two powerful forces in Valkyrie — now King of Asgard — and Mighty Thor taking center stage, as well as an emotionally fragile Thor trying to find his footing and equilibrium, we’ve put together this handy guide for what you need to know about Thor: Love and Thunder. 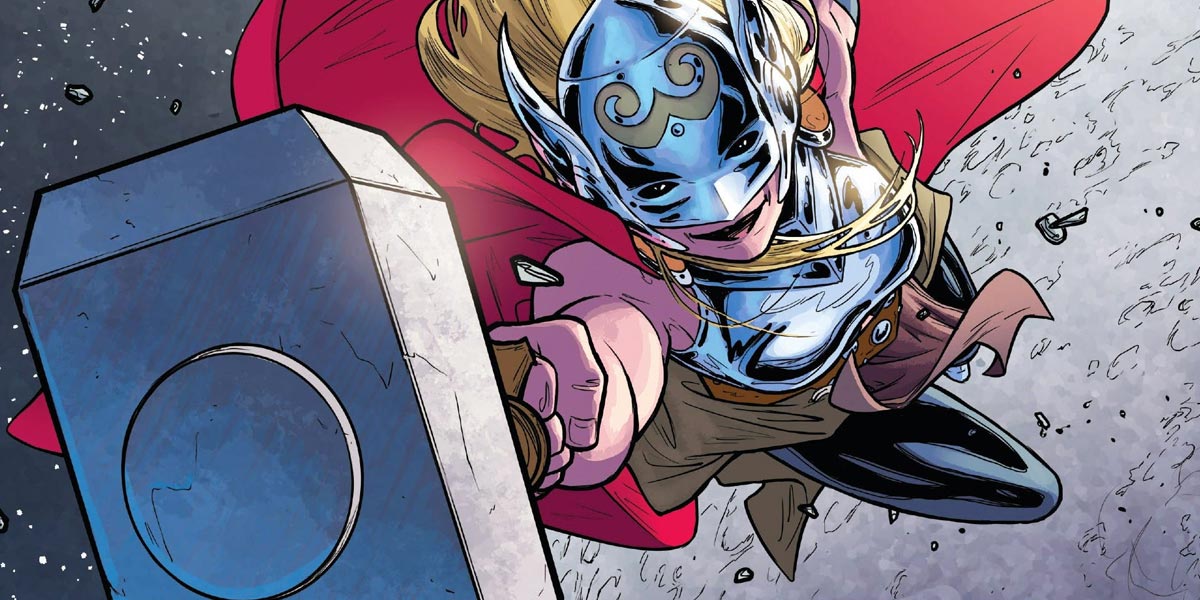 Let’s start in the most obvious place.

While many had speculated that Natalie Portman was done with her role as Jane Foster in the Marvel Universe — including Portman herself — Taikai Waititi has worked his magic yet again, and is re-introducing the character to the MCU. But this time in a new, mighty role.

Inspired by Jason Aaron’s The Mighty Thor run, which is “full of emotion and love and thunder,” we should expect the similarly titled Love and Thunder to hit some similar story beats as the comics.

Jane Foster’s Mighty Thor wields Mjolnir after Thor is deemed unworthy, though the true identity of Mighty Thor is not immediately revealed. This leads to a pseudo-mystery, as the characters attempt to uncover who, exactly, Mjolnir has deemed the successor to Thor. Over the course of the Mighty Thor run, the extent of Jane’s powers are revealed, including superhuman strength, speed, stamina and durability, flight, and control over lightning. Jane’s Thor could also — unlike other iterations — control both the trajectory and velocity of Mjolnir mid-throw, giving her a unique edge and skill that has not been seen since.

However, those powers came at a very high price. Jane — in her human body — was diagnosed with breast cancer, and was undergoing chemotherapy. But each time she transformed in Thor, all toxins were purged from her body — including the positive effects of her chemotherapy.

The Mighty Thor gained critical praise for both its depiction of Jane as Thor, but also the harsh realities of living with cancer. With that duality being such a central part of the story, it is likely that some variation will make its way to the big screen, providing a duality that is firmly in Waititi’s wheelhouse: emotional gut-punch stories, with just the right amount of humor to offset them.

It would be interesting to see how a reunion between Thor and Jane might also play out — with the two officially on the outs as of Ragnarok, though Thor didn’t seem entirely over the situation — especially when taking into consideration that Jane is going to be wielding Mjolnir, whilst also potentially battling a disease that none of them will be able to stop or prevent. 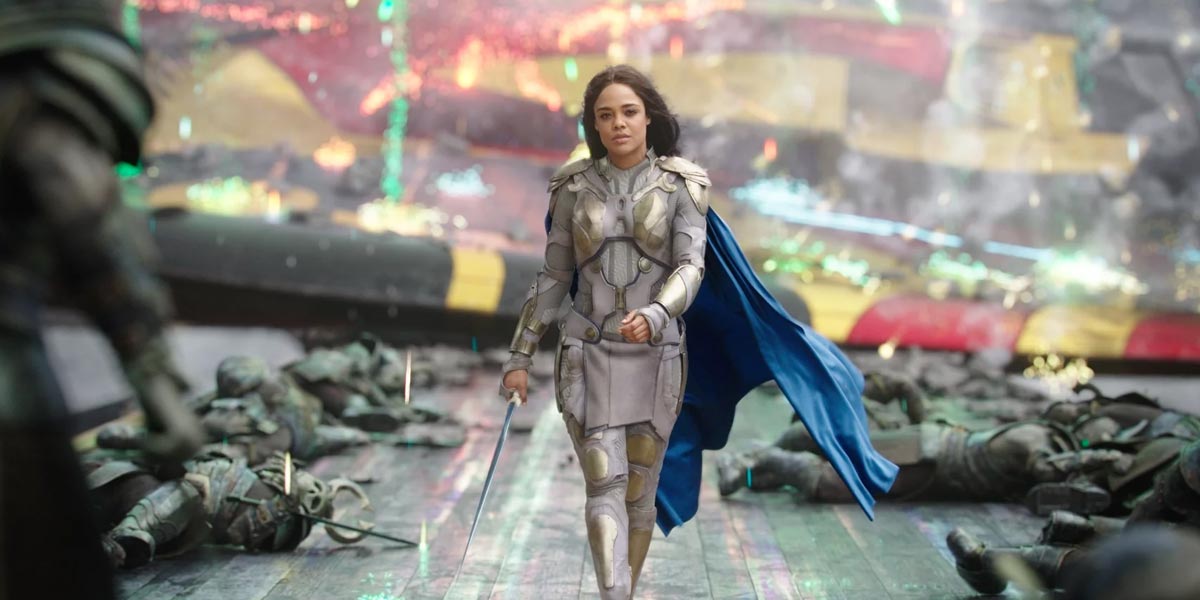 Valkyrie was confirmed to be a queer character offscreen in Ragnarok, and it will officially become on-screen representation when Love and Thunder rolls around. This will make Valkyrie the first LGBTQ+ hero in the Marvel universe, and Kevin Feige reiterated that after the SDCC panel to io9. Of course, there will be nine movies between now and Love and Thunder’s debut, so there is still the potential for additional LGBTQ+ characters introduced.

As the new King of the Asgardians, Valkyrie will be searching for her Queen in Love and Thunder, a plotline revealed by actress Tessa Thompson during the SDCC panel. There are already theories circulating about the identity of Valkyrie’s queen, with Jane Foster’s Mighty Thor and Captain Marvel right at the top of the list.

However, another Thor alum has thrown their hat into the ring to claim King Valkyrie’s heart and take their place by her side: Lady Sif. Jamie Alexander — the actress who portrayed the character in the first two Thor movies — was nowhere to be seen when Ragnarok premiered, and fans have been clamoring for her to get a larger role, with the potential of the character largely regarded as being wasted.

Of course, should Love and Thunder wish to go with a brand new character, there are other options. Angela, the daughter of Odin and Freyja, and Thor’s half-sister, could be a possibility — and she has also appeared as a member of the Asgardians of the Galaxy in the comics. There’s also Sera, who has had run-ins with Mighty Thor, and is an actual, honest-to-goodness angel. Sera has also tangled with both Hela and Surtur, and is a sometimes-lover of Angela.

The possibilities are truly endless — especially with New Asgard becoming a refuge for lost souls beyond just the Asgardians.

With its release on November 5, 2021, Love and Thunder is officially the final movie on the Phase Four slate — provided the schedule isn’t moved around before that point. This means it will either see the Phase out with a bang, or — like Spider-Man: Far From Home — deal directly with the fallout of its predecessors and provide some crucial set-up as the MCU transitions into Phase Five.

Either way, with the way that the schedule is shaking out, Love and Thunder will be a crucial film in one way or another. And, with the distinction of passing the hammer on to Mighty Thor, and having the first officially queer Marvel hero, it already has two major beats that will alter the course of the MCU’s future. It could also introduce a larger, universe-spanning villain — much in the same way Thanos was gradually introduced over the movies in Phase One.

But also, Love and Thunder will come before James Gunn’s Guardians of the Galaxy Vol. 3, meaning that Thor’s excursion with the cosmic team will need to be explained away prior to Thor 4‘s premiere, but could also see the Thor mantle being permanently passed to Jane by the close of the movie, leaving Thor able to transition across into other titles in the MCU.

What are you hoping to see from ‘Thor: Love and Thunder’?