We use cookies to ensure that we give you the best experience on Hypable. If you continue to visit us, we will assume that you are happy with it.
6:00 pm EDT, September 16, 2021

The first season of The Wilds on Amazon Prime delivered so much in terms of great characters, intrigue, drama, and even a little romance, but one thing it did not give us was answers. When the season ended we were left with so many questions, and almost no concrete information!

Related: The Wilds renewed for season 2 at Amazon Prime Video

We can’t wait for the show to come back, and a big reason for that is all of the questions we’re desperate to have answered. Here are 11 questions that The Wilds season 2 needs to hurry up and answer!

How much longer were the girls on the island? We know the girls lasted at least twenty-three days on the island, but based on their appearances (or lack there of) in their exit interviews, there’s a lot more that happened there before they were “rescued.” The term “a few months” was thrown around at one point, so we could have seasons of island drama left to enjoy!

Of course, the other huge question is what actually happened in their remaining time on the island, but we’ll dive into some of the specifics of that in the remaining questions for The Wilds season 2.

What happened to Rachel’s arm? 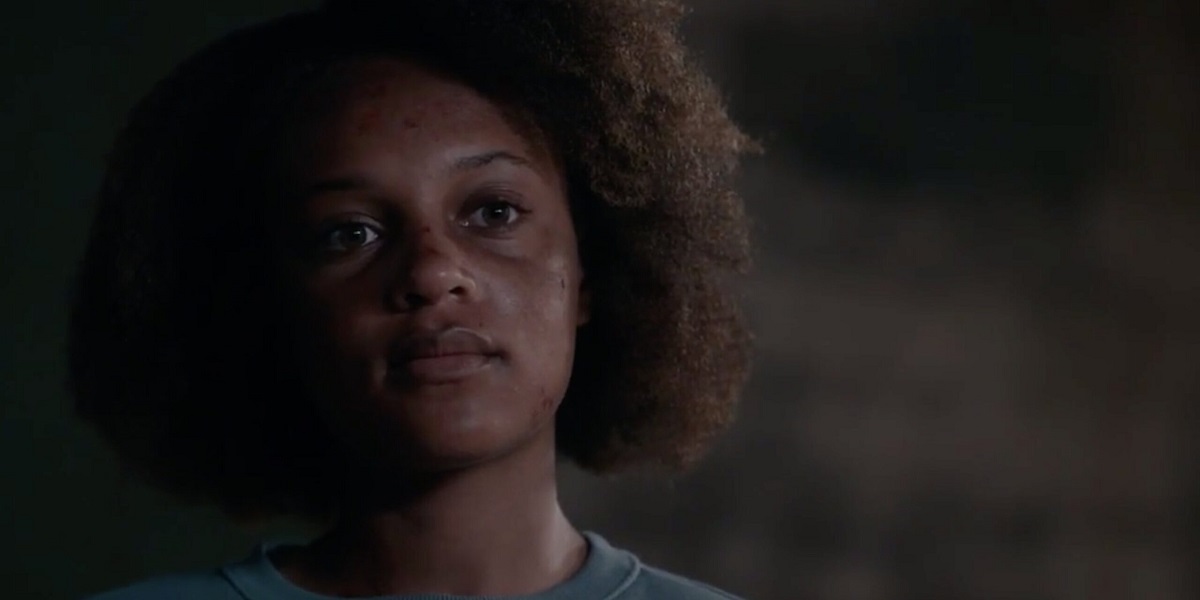 Near the end of Rachel’s interview with Dr. Faber and Agent Young, she revealed that half of her right arm was missing! Obviously there’s an easy answer to this question in the form of the shark that was headed right for her in The Wilds season 1 finale, but things are usually more complicated than that in this show.

The most interesting thing about Rachel’s injury is how well it’s healed. If she had lost her arm to a shark bite and then remained on the island for weeks without having it looked at by a doctor, it’s very unlikely that it would look as good as it does now. However, if her arm was only injured or infected from the bite and then amputated post-rescue, it could be possible. Likely she was either injured or infected by the bite or something else and her arm was taken later, or they were “rescued” very soon after she lost her arm.

Did Nora make it off the island? 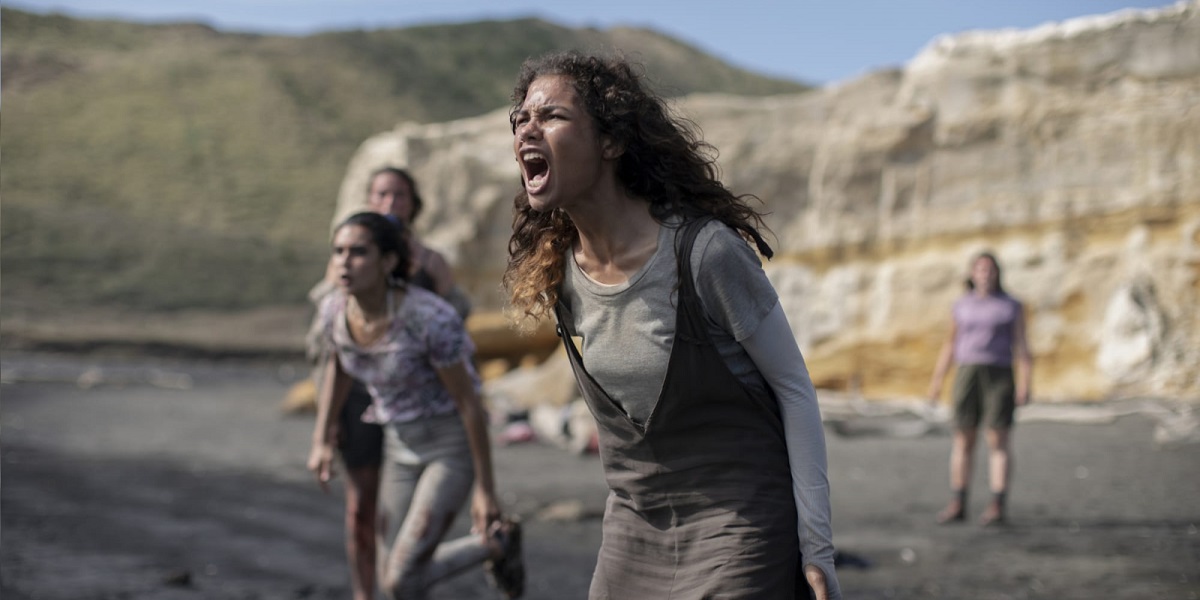 Other than Jeanette/Linh who met her untimely demise on day one, only two girls weren’t shown being interviewed in The Wilds season 1. One of them was Rachel’s twin sister, and the study’s secret confederate, Nora.

The fact that we didn’t see her interview doesn’t necessarily mean that she’s dead. They could simply be saving it for The Wilds season 2, or Nora could be going through a completely different process since she was a willing participant in the study.

Of course, if she is dead, the question of how she died remains. Again, the obvious culprit is the shark that she was running toward in defense of her sister, but then there was also an understandably furious Leah heading her way. Leah didn’t exactly seem like a girl who’d just murdered someone, even accidentally, so it probably wasn’t her, but on this island we can’t rule anything out.

Why is Gretchen looking for dirt on Martha? 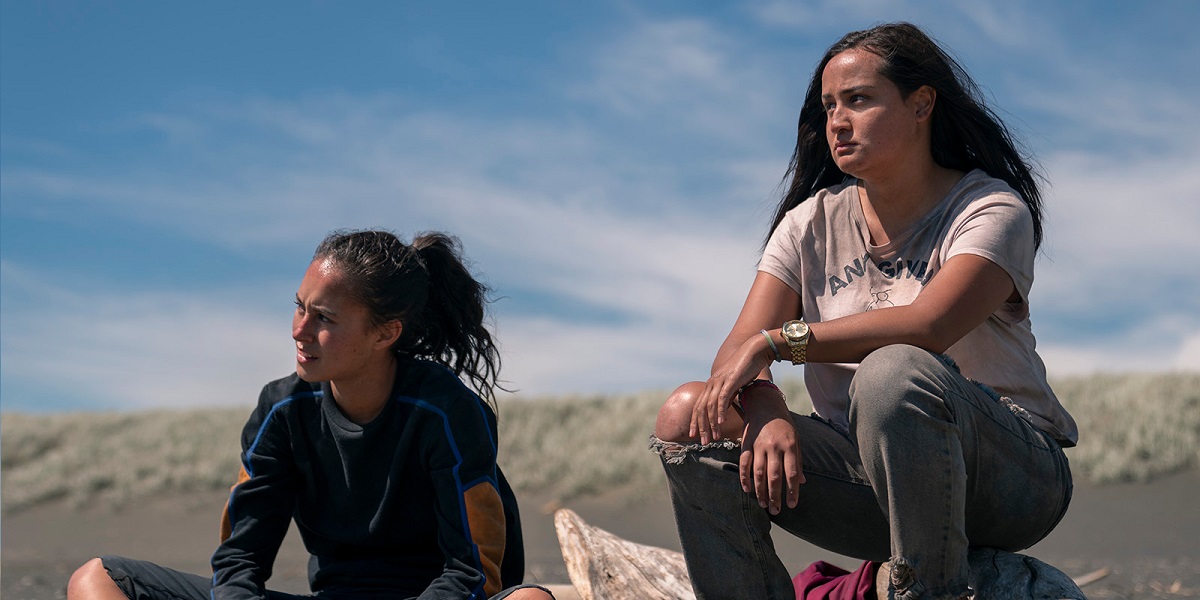 The other member of the “Unsinkable 8” that we didn’t see being interviewed is Martha. She’s had a couple close calls on the island, first with her ankle and then with food poisoning, but did she make it out alive?

All we know for sure is that Gretchen had Agent Young go through Martha’s things to look for anything incriminating to stop her family from suing. This doesn’t look great for Martha, but there could be more than meets the eye here.

Martha’s story took a huge turn in the season 1 finale that will certainly continue into The Wilds season 2. She finally accepted the abuse that she’d survived as a child and channeled her strength into killing the goat so she and her friends could live to fight another day. I think the Martha we see in season 2 is going to be much more shrewd and assertive than the one we left behind, and that could cause problems for Gretchen.

What if they need to stop Martha from suing because she figured out too much? Her brain was obviously trying to put the pieces together in her “Cake by the Ocean” dream, and now that her fantasy world has been shattered there’s no stopping her. Let’s also not forget that Martha full on saw Alex on the island. She dismissed it at first, but I wouldn’t be surprised if that comes back and the two of them form a relationship, foreshadowed by Martha’s closeness with Marcus, the dummy.

How did Shelby learn that Leah was ‘right?’ 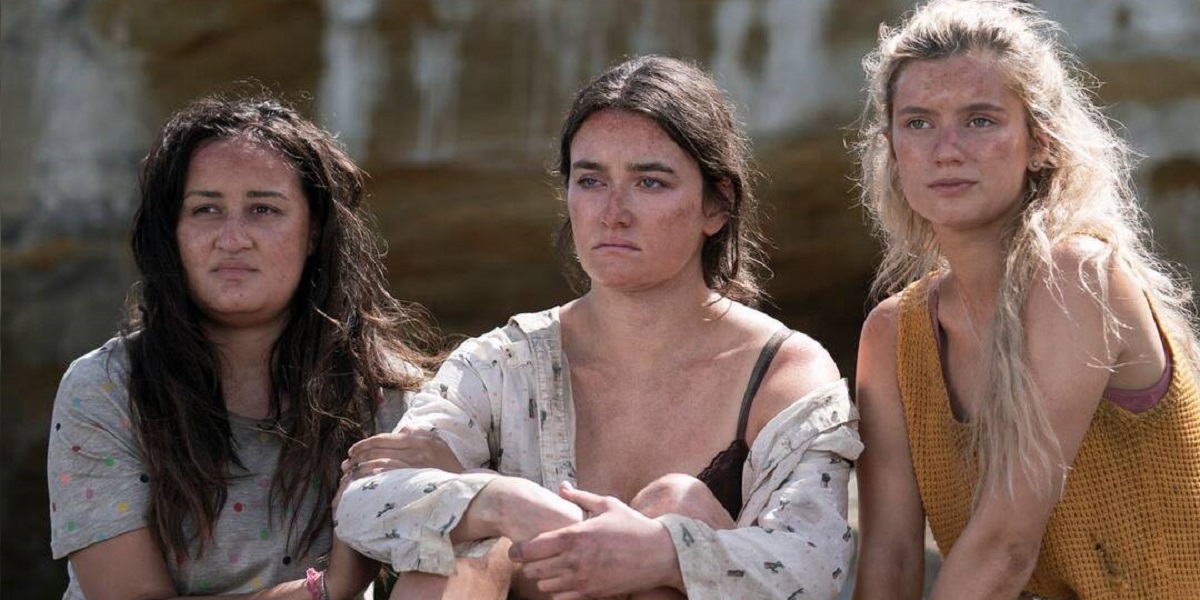 In Shelby’s interview she insists on seeing “her” before she says anything more. Shoni shippers were obviously hoping she meant Toni and that their love had continued to blossom after Day 23 (which we’re all hoping happened), but she was talking about Leah!

A very determined Shelby slipped a note into Leah’s shirt that said, “you were RIGHT!” The assumption is that she’s referring to the nature of the island experiment, but if that’s the case, how did Shelby figure out that Leah was right after they were rescued? And why didn’t anyone believe Leah after she escaped from Nora’s trap, assuming she told them what happened? Of course, there’s always the possibility that she’s referring to something else entirely, in which case, I don’t even know where to start!

What’s happening in ‘The Twilight of Adam’ study on ‘The Wilds?’ 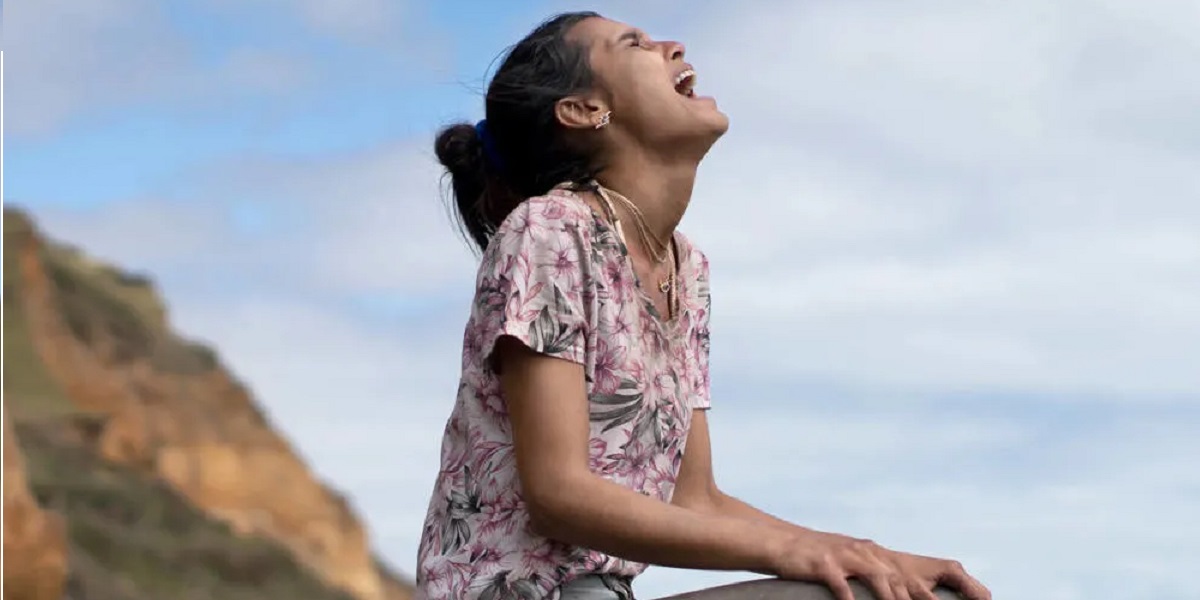 Leah made a shocking discovery at the end of The Wilds season 1 when she found footage of the “Twilight of Adam” study. It’s already confirmed that we’ll be meeting these participants in The Wilds season 2, and we can’t wait to figure out more about how their study began and how it’s going.

What’s going on with Shelby? Everybody looked a little bit different in their island exit interviews, but Shelby definitely won the trophy for the most changes. First of all, she walked in on crutches with an elevated foot and ankle. Then, she revealed that she’d fully shaved her head following her dramatic cut on the island. Also, Dr. Faber mentioned that she’s been exhibiting dissociative tendencies and the season ended with her having a seizure!

Shelby has a lot of explaining to do in The Wilds season 2, assuming she survives that long. We already know she’s allergic to shellfish, so the seizure could have something to do with that. Then the question becomes, how the heck did she get shellfish, and did she mean to ingest it?

What is Gretchen’s end game in ‘The Wilds?’ 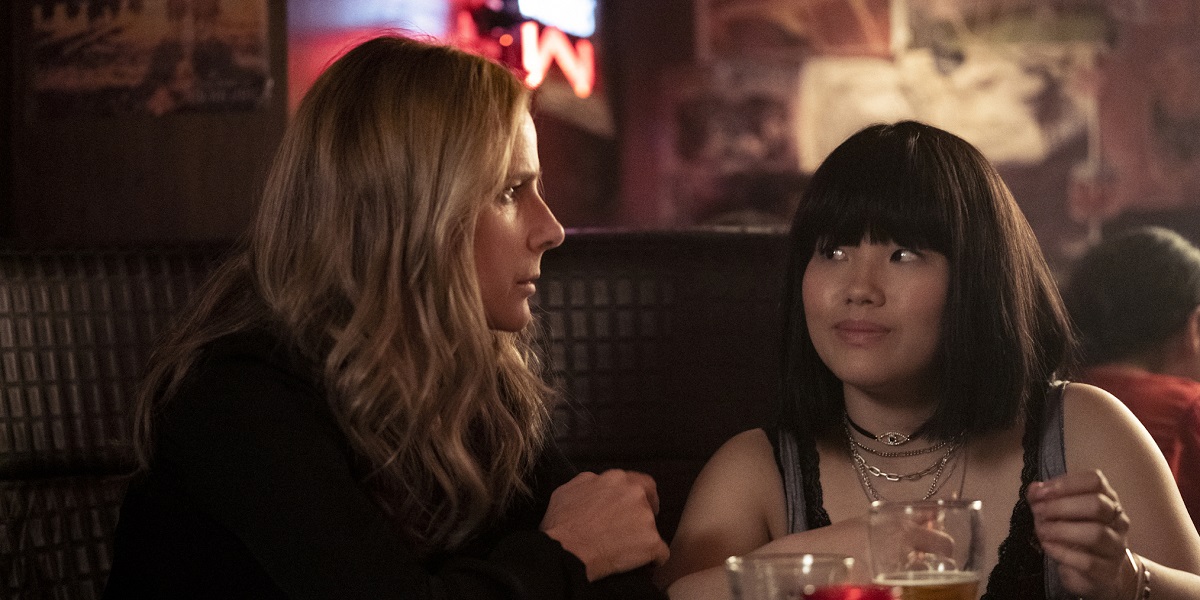 Sure, “gynotopia” has a nice ring to it, but what does it really mean? Does Gretchen really hope to convince the men of the world to step aside and let the women take over?

If she does, she’s going to need a lot more than one study of 8 girls. She’s going to need hundreds, if not thousands. And that’s assuming the results all go her way, which to be honest, I’m not sure is the case. That’s a lot of families to trick, and a lot of eight course donor lunches to sit through!

Gretchen is a little megalomaniacal, but she’s not stupid. She must have some sort of plan for if/when she proves her hypothesis, and I hope we find out what that plan is in The Wilds season 2.

What’s the deal with Alex? 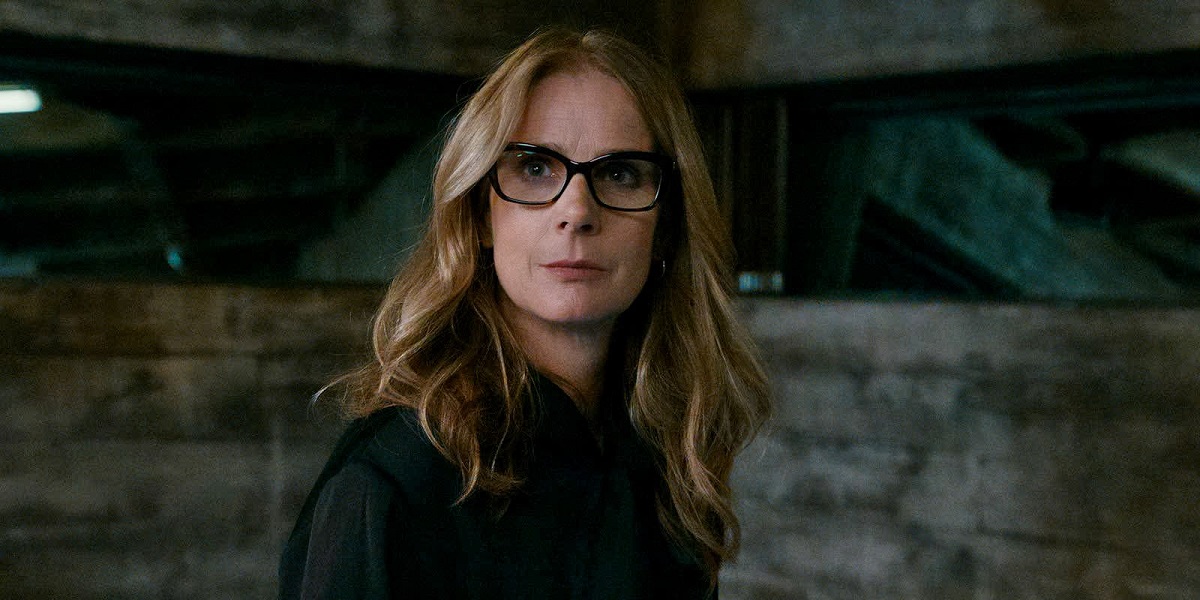 Alex and Gretchen have a very tense relationship, but for some reason he remains in her employ. It’s been said that he’s been angry since “the incident” and that he “knows the terrain better than anyone,” so some fans have speculated that Alex may have been a participant in a previous study. Perhaps even in the “Twilight of Adam” study, since we don’t know for sure that Leah was seeing live footage.

There’s also the question of why Alex was in the woods when Martha saw him. It’s possible he was just replacing Marcus, but it’s also likely that he cares for the girls and wants to make sure they’re okay. This would definitely make sense if he’d once been in the same position.

Why are Audrey, Dr. Faber, and Agent Young involved? 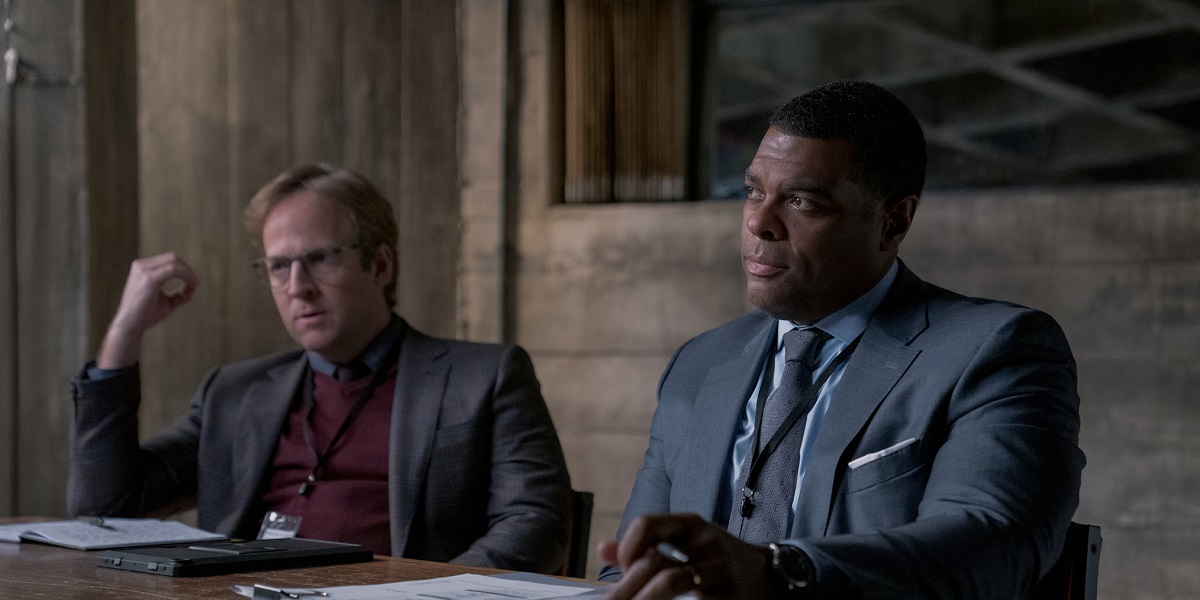 We saw Gretchen recruit Dr. Faber and it’s likely she appealed to his intellect and curiosity, and he’s clearly a master manipulator, but he doesn’t exactly seem thrilled to be participating in the study. As for Agent Young, we’re assuming he was coaxed simply through financial means, but he seems to be having an even harder time with it. Also, I have a difficult time believing he’s an actual Agent participating in this scheme. Perhaps he’s simply a private detective.

As for Audrey, Gretchen once said that she should be out there, on the island, but the “timing just isn’t right.” I’m dying to know how all of these people were convinced to help out with this experiment and if they begin to regret their choice in The Wilds season 2.

Why is Marcus on the island in ‘The Wilds?’ 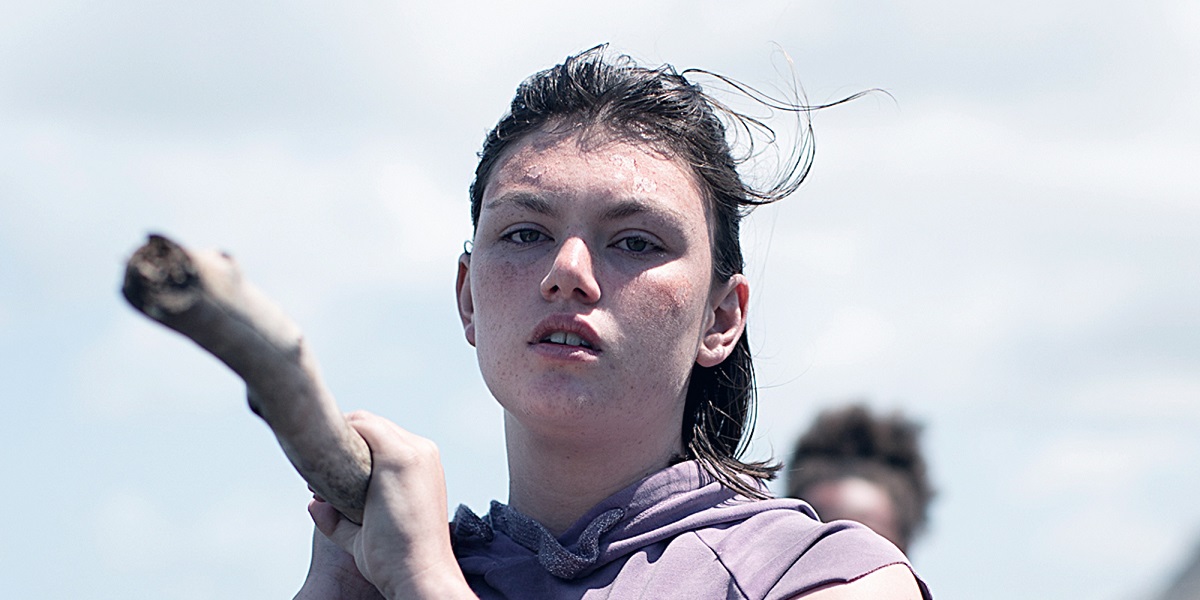 Is he a simple listening device? An experimental tool to assess the behavior of the girls? Just a mannequin that keeps washing up? We truly have no idea, and it’s one of the most burning questions we have for The Wilds season 2!

Babylon 5 is getting the reboot treatment over at The CW.

Saturday Night Live season 47 has finally revealed the cast for its newest season— including three newcomers who are joining the ranks!

‘On My Block’ spinoff series in the works at Netflix

An On My Block spinoff series is officially on the way over at Netflix!

‘House of the Dragon’ at HBO adds seven more to cast

House of the Dragon, HBO’s highly anticipated Game of Thrones prequel, is rounding out its cast with a few more additions!

Russell T. Davies is officially returning to the world of Doctor Who!

‘Teen Wolf’ movie revival in the works at Paramount+

A Teen Wolf movie revival is officially on the way over at Paramnount+ with original series creator Jeff Davis already on board to return.

The animated Super Mario Bros movie has found its stars in Chris Pratt, Charlie Day, Jack Black, and more– read up on who they’ll voice below!