As we get caught up in announcements of superhero shows being greenlit and cancelled, it seems like a good moment to zoom out and examine the state of superheroes on television.

Almost four years ago we wrote about the saturation of superheroes on television, as the success of the Arrowverse and the MCU’s ascendancy in pop culture had networks scrambling to greenlight superhero shows. Back then, we wondered if eventually the amount of television to keep up with would exceed even the geekiest viewers’ determination to watch it all.

In the last year or two, the bubble has finally burst: superhero shows are dropping like flies. Part of it is that the shows from the earliest part of the boom – Arrow, Agents of SHIELD, Gotham – had all just gone a little long in the tooth.  It’s very unusual for television shows to go past six or seven seasons: contracts come up for renewal, cast members get antsy, viewership drops off while the backlog proves too intimidating for newbies to catch up on. So whether through natural attrition or declining ratings, those shows began to come to an end.

Then there’s the corporate drama unfolding surrounding these properties. This mostly pertains to Marvel of late, since DC has been perfectly happy to let Greg Berlanti crank out as many shows as the CW has timeslots. But Marvel underwent a reorganization in late 2019: Marvel Television, which operated largely independently of Kevin Feige and the Marvel films, was taken out of Jeph Loeb’s hands and folded into Feige’s corner of the Disney universe, and given the maxim to produce television to bring subscribers to Disney+.

It is this last bit that has proven most consequential to the TV superhero landscape: as Disney’s recent investor call has shown, Loeb and Feige have diametrically opposed strategies for Marvel television shows. This was already clear from the rather drastic clearing out of all of Loeb’s television shows in the last year and a half; with the official cancellation of Helstrom this week, every single one of Loeb’s live-action Marvel shows is now ended. 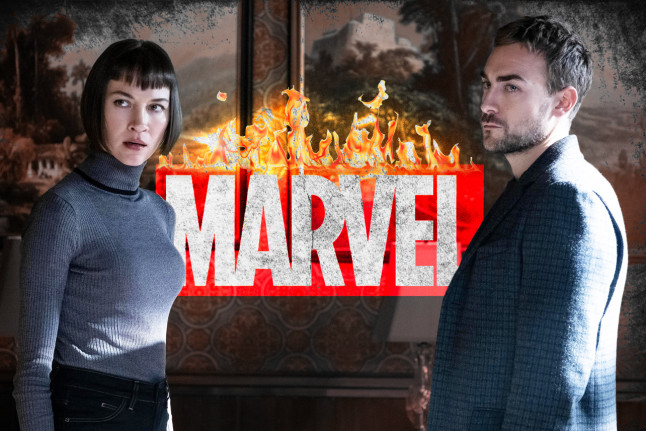 Standing amid the rubble of Marvel TV, we should take a minute to appreciate just how ambitious Jeph Loeb’s vision for it was. He based plans on his successful partnership with Netflix to launch Marvel’s Defenders: several shows that would then combine into a crossover. (The Defenders were Daredevil, Jessica Jones, Luke Cage, and Iron Fist. They were early casualties of the streaming wars between Disney and Netflix, and remain some of the most acclaimed superhero shows to date.) The same was planned for The Offenders (four animated comedic shows meant for Hulu: Tigra & Dazzler, Howard the Duck, Hit-Monkey, and M.O.D.O.K. – the latter two are still in development); Adventure Into Fear (horror shows for Hulu: Helstrom made it one season, Ghost Rider was cancelled); and Marvel Young Adult (Runaways made it three seasons on Hulu, Cloak & Dagger aired for two seasons on Freeform, and New Warriors was cancelled). And if that wasn’t enough, Marvel TV also made shows based in the X-Men universe like Legion and Gifted.

The strategy is clear: fans could pick which genre they enjoy – YA, horror, animated, gritty – and have several Marvel TV shows to occupy themselves with. The different branches never impacted each other. If one wanted basic superhero television, Agents of SHIELD was still around. But it’s pretty clear that no one but the most diehard of diehards was expected to keep up with all of these shows. It’s a strategy evocative of the larger TV landscape: make increasingly niche content so everyone has something to watch, even if there’s nothing being watched by everyone. And it looked like it just might work… until it all came to a screeching halt in 2019, and MCU mastermind Kevin Feige was given the keys to the kingdom. 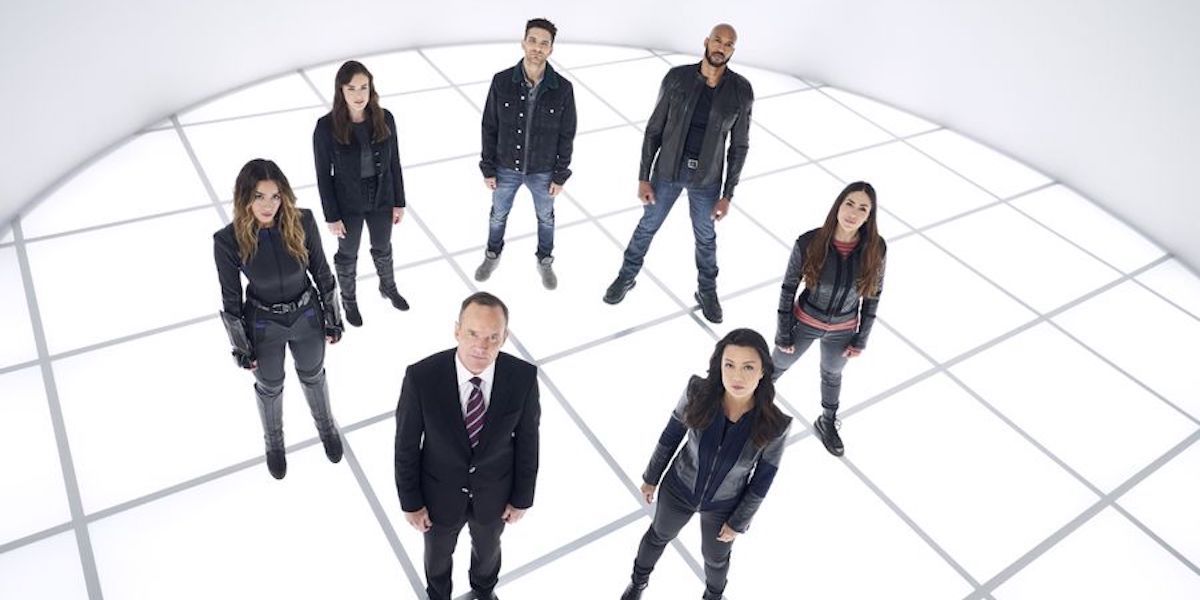 Feige cleaned house of all of Loeb’s TV shows and announced an ambitious slate of MCU TV shows coming up. One could be forgiven for the confusion here: weren’t all those Marvel shows (but especially Agents of SHIELD) already MCU TV shows? But they had been connected to the MCU in name only for years now, to the point that Agents of SHIELD didn’t even bother engaging with the Snap Heard Round the World in Avengers Infinity War. This time, the TV shows would truly be part of the MCU – not only informed by the films, but also recommended viewing in order to understand the films’ storylines.

Therefore, this was a new Marvel strategy: all of their TV shows going forward would be required viewing for the true MCU fanboys. At first glance, this seemed rather a big ask: the investor call announced no less than 10 Marvel shows coming to Disney+ in the coming years. That’s a lot of shows to keep up with, but that’s actually a misleading impression.

Kevin Feige expects MCU fans to keep up with precisely one TV show: the MCU on Disney+. It’s just being labeled and promoted as ten different shows with ten shiny new logos.

All these shows – with the exception of What If…?, which appears to be its own weird thing – run six episodes (confirmed for four shows, likely for the rest). They will air weekly on Disney+, but they will never overlap.  WandaVision airs January and February, Falcon and Winter Soldier airs March and April, Loki airs May and June… and so forth. Fans are expected to watch one episode of television a week, total, to keep up with the MCU. 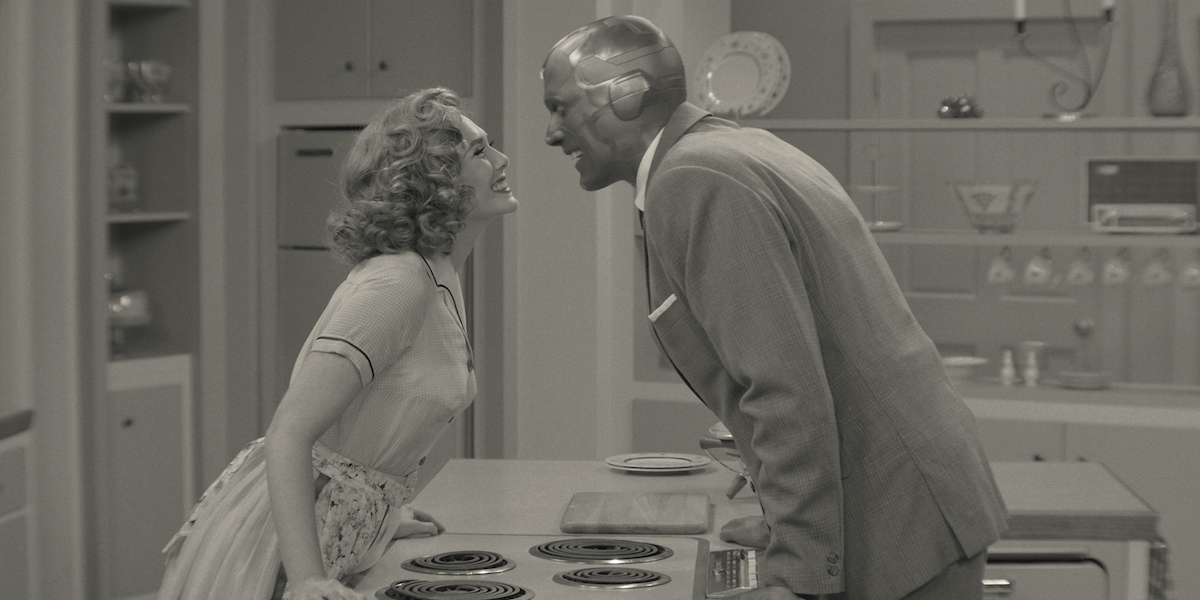 The other striking thing is that none of these shows are intended to be yearly shows. There is no indication that we’ll get WandaVision Season 2 in 2022 (if ever!), let alone something like Secret Invasion Season 2 down the line. This was what made the old Marvel TV shows so overwhelming in quantity: each of them aired ten or thirteen episodes a year (to say nothing of the 22 episodes a season that Agents of SHIELD and the Arrowverse shows put out). The MCU TV shows are more akin to miniseries, or an anthology series like American Horror Story, and that will be what keeps viewers watching.

It’s a bold move from Kevin Feige, but we should expect bold moves from him by now. He is the man who essentially transformed the top film franchise of the 2010s into a TV show, just one where each episode was 150 minutes long and cost $200 million, and which only produced three episodes a year. There were mythology episodes (Civil War), filler episodes (Guardians of the Galaxy Vol. 2), season finales (Age of Ultron), cliffhangers (Infinity War), and all the other hallmarks of a good TV show. Feige’s gamble was that viewers would keep up with this TV show to the tune of billions of dollars, so we should have faith that his gamble of essentially one long-running MCU TV show on Disney+ will also be a wild success.

It will be curious to see how the Arrowverse and other assorted DC TV shows respond to this new development. The Arrowverse tried to have their cake and eat it too: multiple series of 16 to 23 episodes a year, and they would crossover yearly in the hopes that viewers were keeping up with most of them. For a while, it was going well: more spinoffs were launching, and ever more ambitious crossovers were orchestrated, culminating in the mind-bogglingly ambitious Crisis on Infinite Earths a year ago. 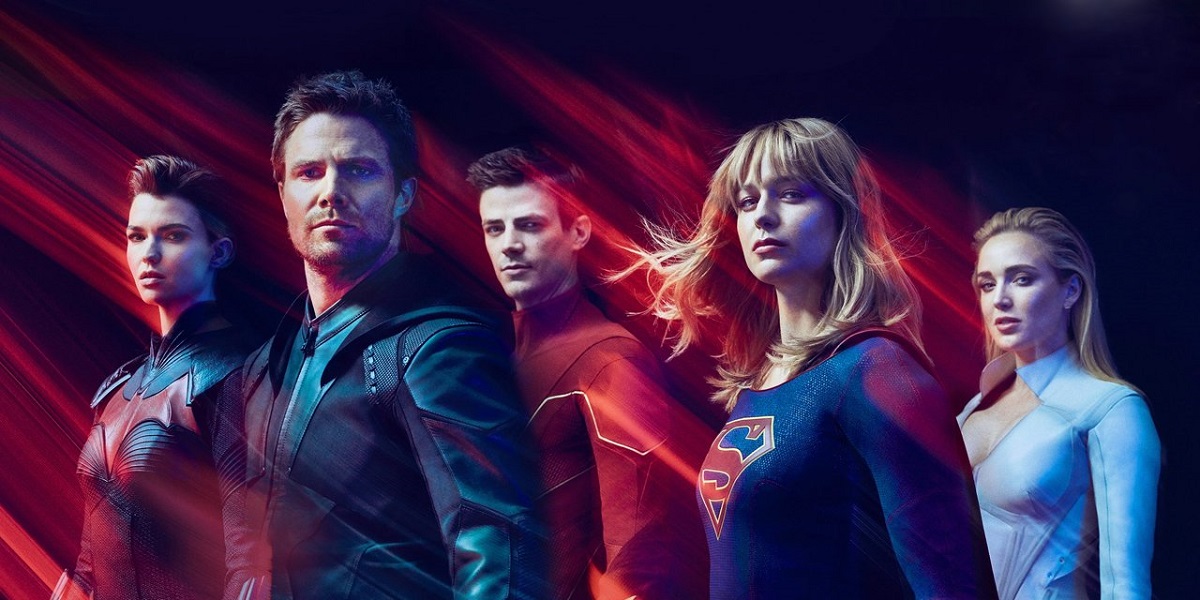 But the strain began to show. The quality of the Arrowverse shows dropped precipitously as the creators seemed far more interested in backdoor pilots than in maintaining their older shows. The ratings, too, fell off a cliff: soon they were lucky to hit a million viewers an episode. That, combined with restless casts, made Arrow’s prolonged swansong merely the first of several: Supergirl and Black Lightning are ending after the next season, and Batwoman likely won’t be far behind. The CW is even showing some pause; they haven’t greenlit proposed Arrow spinoff Green Arrow and the Canaries despite Arrow devoting some of its precious final hours to a backdoor pilot. It’s also worth noting that Stargirl was not made part of the Arrowverse; perhaps the Powers That Be thought it would be more successful if it stood alone.

It’ll be curious to see whether the Arrowverse can keep launching new spinoffs, or if DC will pivot towards Marvel’s old formula of having different shows for a variety of tastes, without expecting viewers to keep up with all of them. Either way, The Flash will endure as the flagship show, even as lots of the regular characters go off on extended expeditions to Atlantis for several episodes at a time. And Legends of Tomorrow will outlive us all; they’ve cracked the code of making the show affordably (through a revolving door of cast members) and to near-universal acclaim. But otherwise, we appear to be at a crossroads, and all eyes are on whether Superman & Lois will succeed. If it does, the CW will continue to fill every non-Riverdale time slot with superheroes.

It’s a fascinating time to consider the TV landscape for superheroes, and we shouldn’t lose sight of the fact that less than a decade ago, having one or two comic book shows on TV was considered a big win. Now we’re spoiled for choice: will you immerse yourself in the Arrowverse, keep up with your weekly MCU episode, or just pick and choose shows without regard to the larger crossover implications? Let us know which shows you plan to keep up with!

And one thing we haven’t even discussed yet is how much bingeing of superheroes people have done while stuck at home this past year! That should certainly be an encouraging factor for the creators of television who’ve achieved large backlogs of episodes. This writer finally caught up with Jessica Jones (never quite lived up to Season 1) and Runaways (pure delight!). Have you managed to catch up with all your favorite heroes  this year?